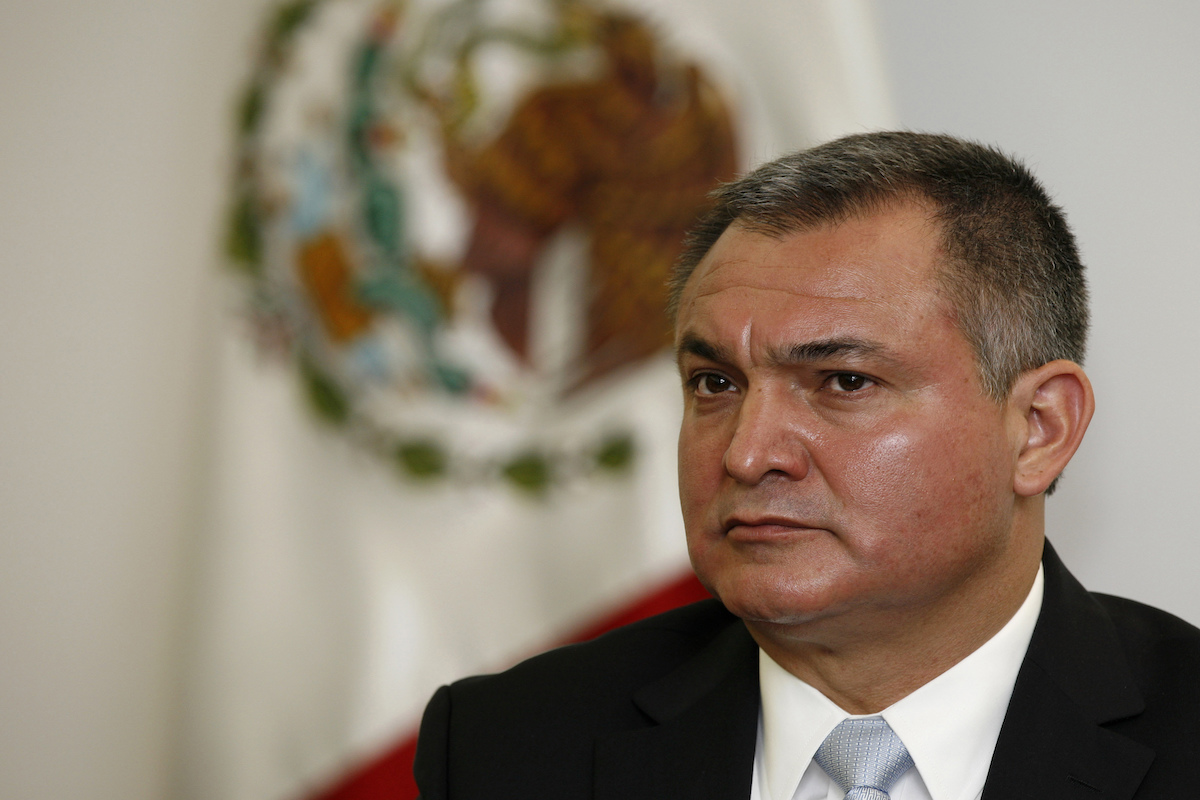 MEXICO CITY (AP) — The head of Mexico’s financial crimes unit said Wednesday he is looking into evidence that the country’s former top security official embezzled as much as 2 billion pesos (equal to about $170 million at the time) in government funds.

Santiago Nieto, who heads the Financial Intelligence Unit, said some of the money was transferred to relatives of Genaro García Luna, who served as public safety secretary from 2006 to 2012.

Santiago Nieto said five former officials who worked under García Luna are also under investigation for embezzlement, conflict of interest and money laundering.

García Luna is being held pending trial in the United States for allegedly taking drug-money bribes from the notorious Sinaloa cartel.

The 51-year-old García Luna was indicted on three counts of cocaine trafficking conspiracy and a false statements charge in New York. He waived his right to a detention hearing in Dallas a week after the federal case against him was made public in New York City.