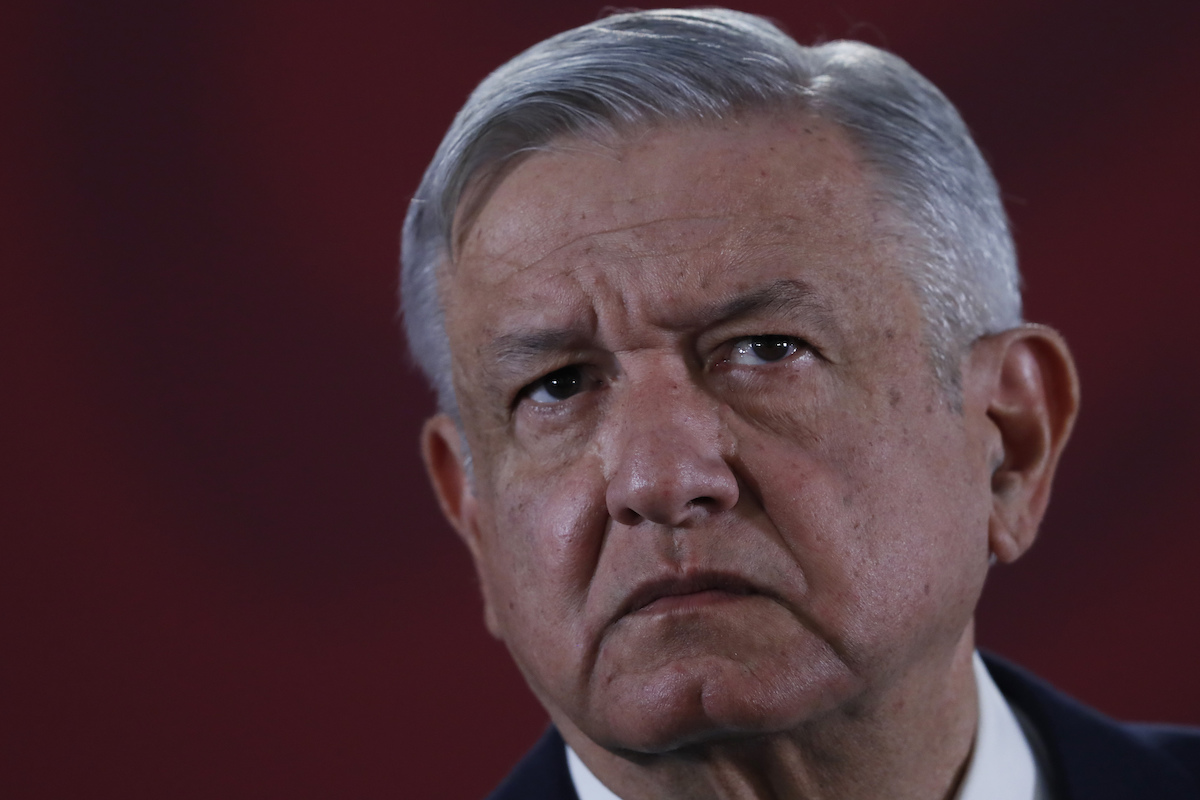 MEXICO CITY (AP) — President Andrés Manuel López Obrador said Wednesday he does not support a proposal to further relax Mexico’s strict legal separation of church and state, throwing cold water on a draft bill that would upend longstanding political doctrine in the country.

López Obrador said the initiative, presented last week by a senator from his leftist Morena party, is something that “should not be touched” and “was resolved over a century and a half ago.”

The proposal would modify the Law of Religious Associations and Public Worship to eliminate historic language enshrining the “separation of the State and churches.”

Among specific measures, it would reportedly allow religious groups greater access to all manner of media, including TV, radio and newspapers, relax regulations on church ownership of property, provide for cooperation between church and state on cultural and social development and allow “conscientious objections” to law on religious grounds.

It would let ecclesiastical authorities do spiritual work in government facilities such as hospitals, rehab centers and even military installations.

López Obrador’s party and allies control both houses of Mexico’s Congress, and without the president’s support, it’s hard to imagine the bill winning approval.

The Mexican state long had an antagonistic relationship with the Roman Catholic Church. Nineteenth-century reforms championed by López Obrador’s hero Benito Juárez reigned in religious domination of much of the nation’s life and the state actively persecuted the Roman Catholic church in the early part of the 20th century, prompting a civil war known as the “Cristiada.”

Many of the tougher anti-clerical laws have been eased in modern times, particularly around the 1979 visit of Pope John Paul II, but separation of church and state remains firmly entrenched as a core political concept.

“I do not think that modifying this principle helps—on the contrary,” López Obrador said. “…I think everyone, the majority of Mexicans, agrees that the lay state should prevail, which the constitution establishes.”

The president said the lay state is not anti-religious, but rather guarantees the rights of believers and non-believers alike.

“‘Render unto God what is God’s and unto Caesar what is Caesar’s'” López Obrador said.

The office of Sen. Soledad Luévano Cantú, who proposed the initiative, did not immediately respond to a message seeking comment.

On Tuesday she said via Twitter that the initiative was hers alone and not authored by the president or their party, and that she believes in the rule of law and the lay state.

“With respect, tolerance and without taboos, we can work together so that thousands of religious associations in our country can help Mexico become a country where we all live better-off,” Luévano wrote.

She described her faith as “Guadalupana”— hat is, as a devotee of the Virgin of Guadalupe, who is the Roman Catholic patroness of Mexico but also resonates with millions of non-Catholics in the country.

Andrew Chesnut, professor of religious studies at Virginia Commonwealth University, said Luévano’s initiative would appear to benefit mostly evangelicals and other minority religious groups in a country where 81% are Roman Catholic and the church enjoys more influence than probably anywhere else in the hemisphere, despite the legal separations between church and state.

López Obrador, who has described himself as a Christian “in the broad sense,” allied during the 2018 presidential campaign with a small political party heavily influenced by evangelical churches, and observers say his discourse often tends toward the quasi-religious or even messianic. Chesnut said evangelicals likely see an opportunity to win more space in Mexican society under the administration of a “fellow traveler.”

But López Obrador’s comments Wednesday reflect the political inviability of the proposal after criticism came from across the political and religious spectrum, including both Catholics and the non-religious, Chesnut added: “The lay state in Mexico almost has a kind of sacred status.”