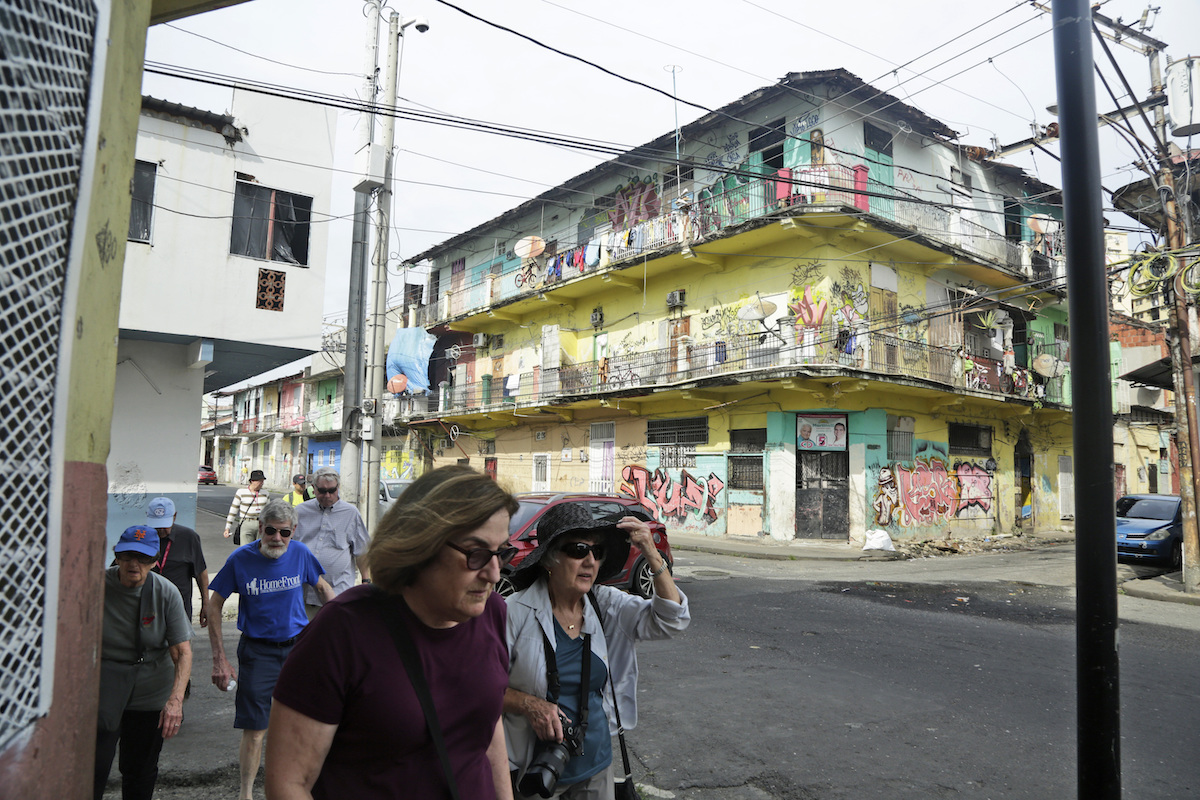 In this December 4, 2019 photo, tourists walk through the El Chorrillo neighborhood where former Gen. Manuel A. Noriega operated his headquarters and is an area that was bombed during the 1989 U.S. invasion, in Panama City. (AP Photo/Arnulfo Franco)

PANAMA CITY (AP) — “Remember to pick up the children early, because today I can’t do it.”

Although it’s been 30 years since Iris Herrera heard those words, she remembers vividly the last conversation she had with her husband, a Panamanian soldier who disappeared after the December 20 U.S. invasion that ousted dictator Manuel Noriega.

Now 76, Herrera and many other relatives of people who died or disappeared amid the 1989 military action hope they may soon get answers about the fate of their loved ones. Their hopes lie in a Truth Commission created in 2016 that so far has registered about 15 cases that could be resolved early next year when unidentified bodies are set to be exhumed from a Panama City cemetery.

The night of the invasion, Braulio Bethancourt, Herrera’s husband who was a lieutenant in Noriega’s military, called her to say he was supposed to be on duty at a barracks in the capital. “I want you to stay at home and take care of my grandchildren and children for me,” she recalled him saying.

Hours later, toward midnight, they spoke again and he told her: “It has begun. They are invading us. They are attacking at all the barracks.”

That was the last time Herrera heard from her husband, and the beginning of an agony that has lasted three decades in which his whereabouts remain unknown. 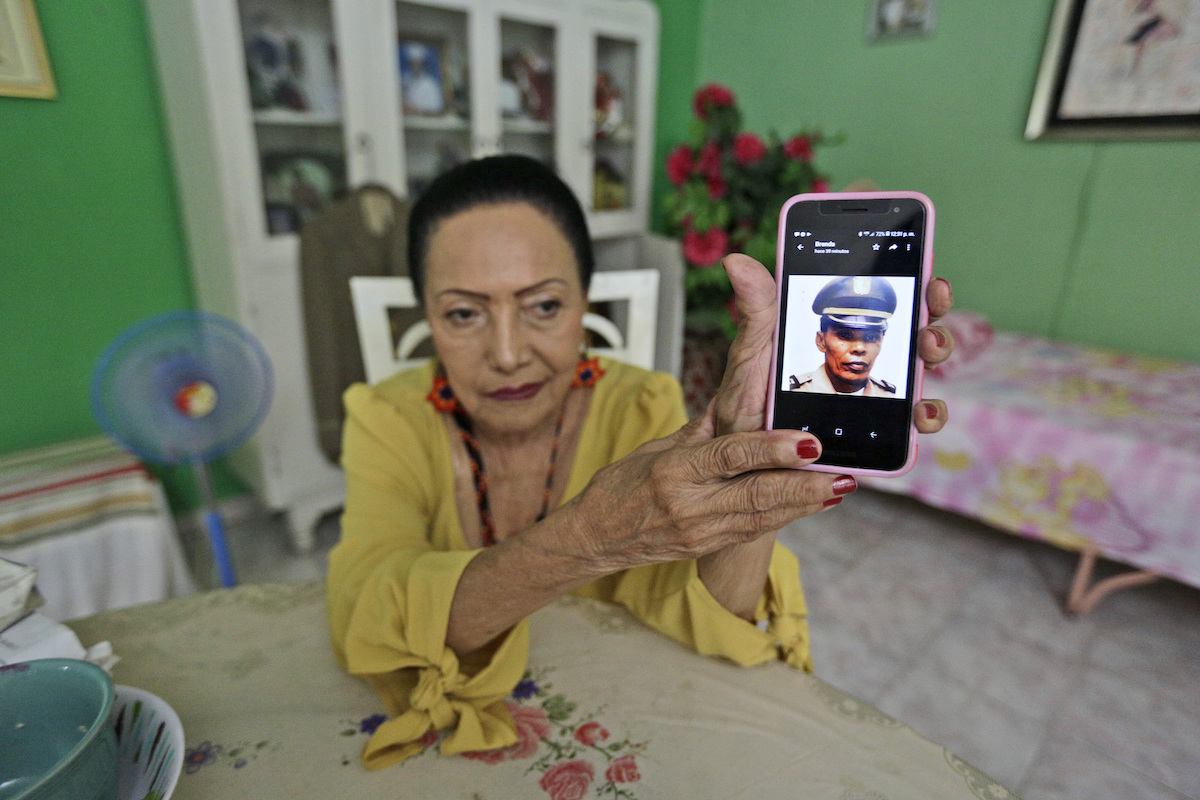 In this December 7, 2019, the widow of Lieut. Braulio Bethancourt who disappeared after the 1989 U.S. invasion of Panama, Iris Herrera, shows a photo of her husband during an interview in Panama City. (AP Photo/Arnulfo Franco)

The United States launched “Operation Just Cause” on December 20. shortly after midnight. Some 27,000 troops were tasked by then-President George H.W. Bush with capturing Noriega, protecting the lives of Americans living in Panama and restoring democracy to the country that a decade later would take over control of the Panama Canal.

The invasion began with fierce bombing in the neighborhood of El Chorrillo, home to Noriega’s base, destroying wooden homes and displacing thousands of people.

Today the area still has desolate parts where residents say bombs fell, an iron light post pockmarked from bullets and graffiti with phrases like “Forbidden to forget” and “Dec. 20, national mourning.”

Many of those who survived complain to this day about the small apartments that the government then gave them in multi-family, concrete buildings put up in the devastated neighborhood after the invasion. Residents of El Chorrillo, who historically have lived among violence and gang activity, also complain of poverty and joblessness.

“The invasion left a lot of weapons in the neighborhood and the violence increased,” said Olga Cárdenas, a longtime community leader. “Many of the children who grew up after the invasion demand opportunities. They also have trauma from the bombing.”

According to official figures, 300 Panamanian soldiers and 214 civilians —many from El Chorrillo— died during the invasion, though the number remains controversial and human rights groups like the Association of Relatives of the Fallen believe it is much higher. Twenty-three U.S. soldiers also perished. 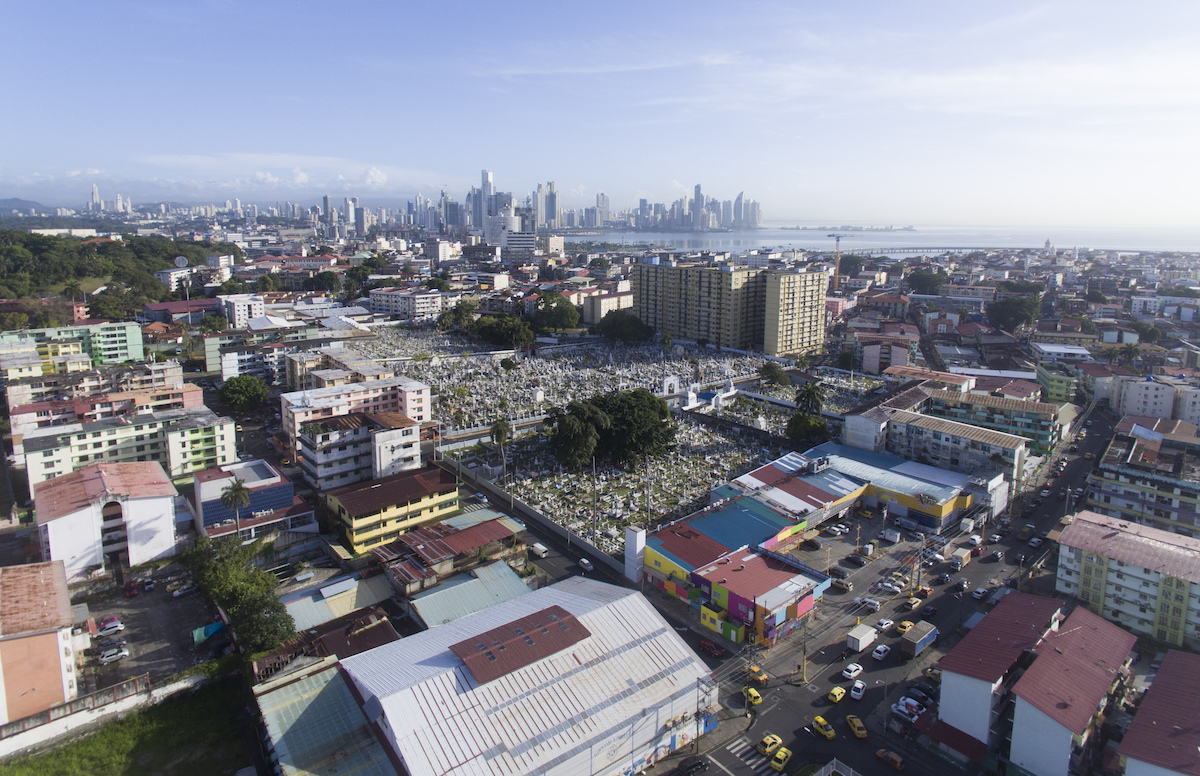 Many of the Panamanian dead were buried in common graves in a cemetery. Months later, at the request of relatives, exhumations led to the identification of many of the bodies.

But that wasn’t the case for Herrera and others.

“We saw bodies of men… an old woman, a girl, but we never found my husband,” she told The Associated Press in an interview at her home on the outskirts of the capital, wearing the insignia of the defense forces her husband belonged to.

Herrera, who at the time of the invasion worked as an auxiliary nurse for the military, said she and her husband’s relatives put notices in the newspapers seeking any information about his whereabouts, but in vain.

Decades later, the Truth Commission was established to determine the precise number and identity of such victims and to shine light on “the serious violations” of human rights during the invasion, said José Luis Sosa, its executive secretary.

Sosa added that the commission, which began working in 2017 and is made up of five legal and academic experts, collected court records and other documents plus new evidence and testimonies from victims’ relatives. With that new evidence, the commission was able to request the impending exhumations and the reopening of the cases of 15 people who disappeared.

“We know there are more unknown and missing people who probably can be found,” Sosa said. 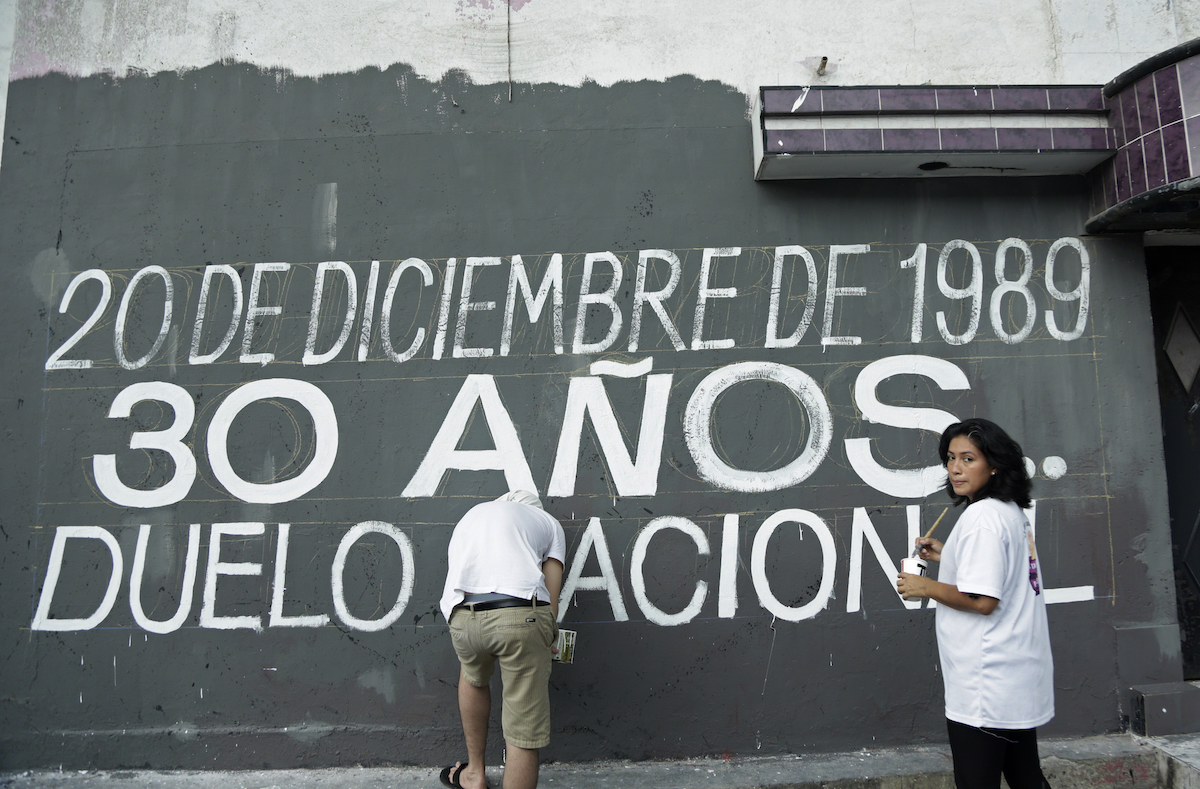 The commission has compiled a DNA bank with biological samples from relatives that will be compared against the remains dug up. Bethancourt’s three sons have given blood samples.

“We are now on the way to recognizing some missing people, but not in their totality, because over the course of 30 years much evidence has been lost,” said Trinidad Ayola, president of the Association of Relatives of the Fallen.

Ayola said people have contacted the organization over the years about missing loved ones but did not dare to make official complaints, fearful of authorities. But today people are less afraid, making possible the process that’s underway.

Ayola’s husband died in the invasion, though his body was identified quickly at a morgue thanks to a photograph she saw in a newspaper.

This week relatives won a victory when the government declared Friday a day of national mourning for the first time. Another moral victory came last year when the Inter-American Court of Human Rights issued a decision blaming the United States for the invasion and calling on it to pay compensation.

Washington considers it a mere recommendation and does not recognize the court, according to analysts.

“Finally there are important signals for the victims as the 30th anniversary approaches,” Ayola said. “The national mourning and the possibility for other families to identify their own so they can be buried properly. They cannot remain in oblivion.”

One response to “30 Years After US Invasion, Panamanian Families Seek Answers”