Panamanians Honor Victims of US Invasion on 30th Anniversary 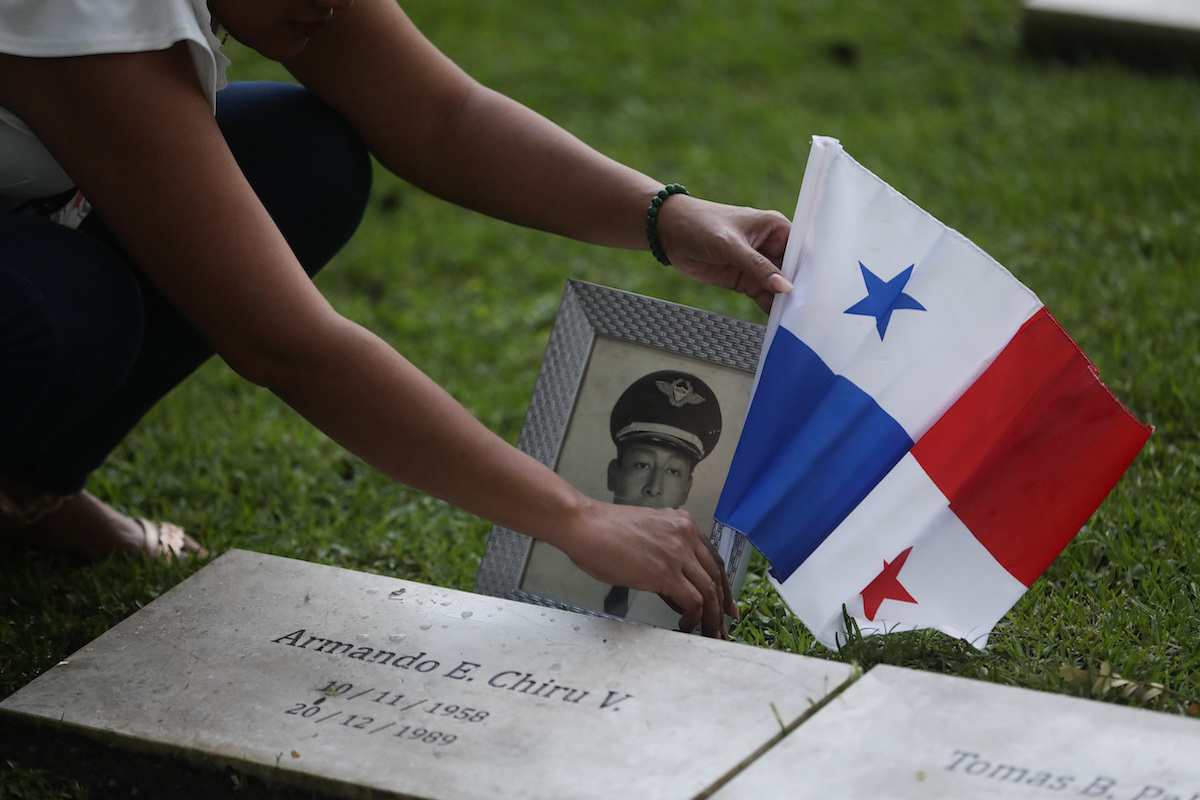 A woman places a Panamanian flag on the grave of a military man who died during the 1989 U.S. military invasion that ousted Panama’s strongman Manuel Noriega, on the 30th anniversary of the invasion in Panama City, Friday, December 20, 2019. (AP Photo/Arnulfo Franco)

PANAMA CITY (AP) — Relatives of Panamanians killed during the 1989 U.S. invasion brought flowers to their loved ones’ graves Friday to honor their memory on the 30th anniversary of the military action that ousted then-dictator Manuel Noriega.

President Laurentino Cortizo took part in the solemn event at the Jardín de Paz cemetery in the capital, where about 130 of those killed in the invasion are buried. In the afternoon, demonstrators marched through the center of the city to the neighborhood of El Chorrillo, which was devastated by bombs three decades ago.

“What we have to be doing is seeking the truth,” Cortizo said, “so that the families of the many disappeared know where their loved ones’ remains are.”

According to official figures, 514 Panamanians —including both soldiers and civilians— died in the invasion, though human rights groups say the losses were greater. On the U.S. side, 23 soldiers were killed.

For the first time, Panama’s government made Friday’s anniversary an official day of national mourning, something that victims’ relatives have demanded. Flags flew at half-mast, but businesses and government offices were not closed and pre-Christmas commercial activity appeared normal. 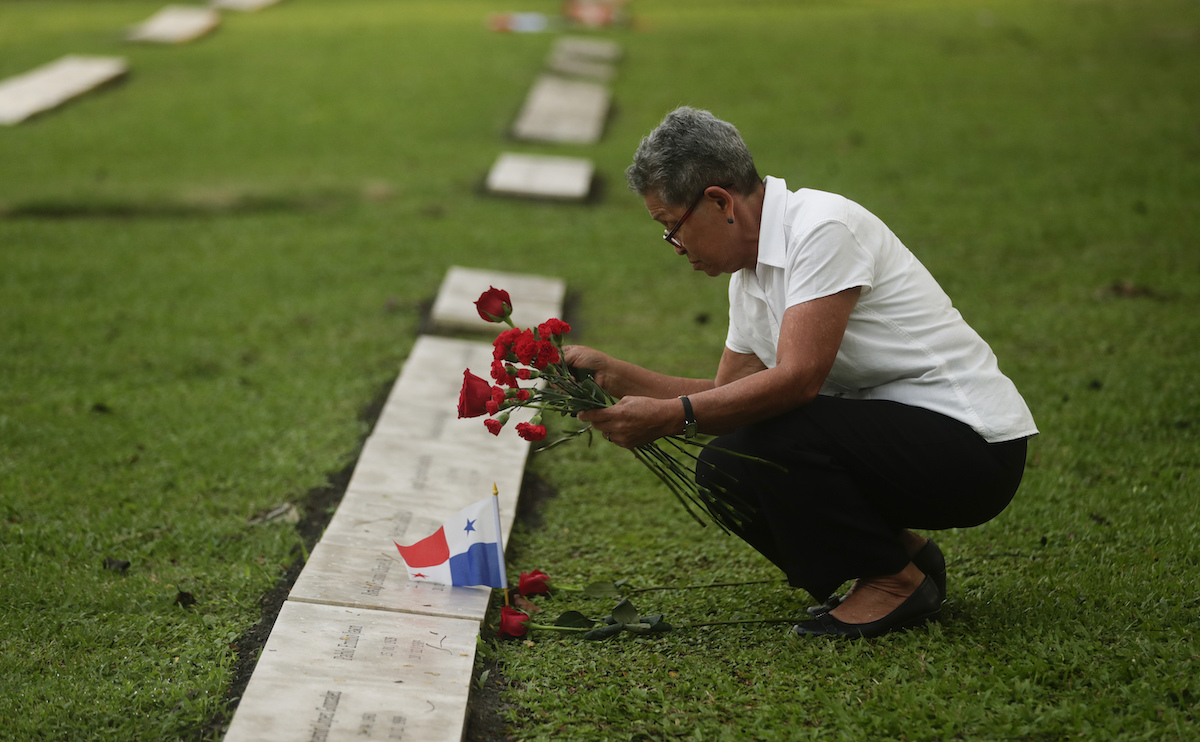 A woman places flowers on the grave of a person who died during the 1989 U.S. military invasion that ousted Panamanian strongman Manuel Noriega, on the 30th anniversary of the invasion in Panama City, Friday, December 20, 2019. (AP Photo/Arnulfo Franco)

Cortizo vowed his government’s full economic backing for a Truth Commission that was established in 2016 and early next year will exhume the remains of unidentified victims from the period and compare them against DNA samples collected from people whose relatives remain unaccounted for.

“We must heal that wound and that can only be achieved through the truth,” said Cortizo, who took office in July.

Victims’ relatives also urged him to make December 20 a permanent day of mourning complete with closures and dry laws.

“It is very painful to remember all this. We are reliving it as if it were yesterday,” said 81-year-old Alicia Chirú, who visited the grave of her son Armando, an air force captain who died in the invasion. “Those wounds, the broken heart, do not heal.”