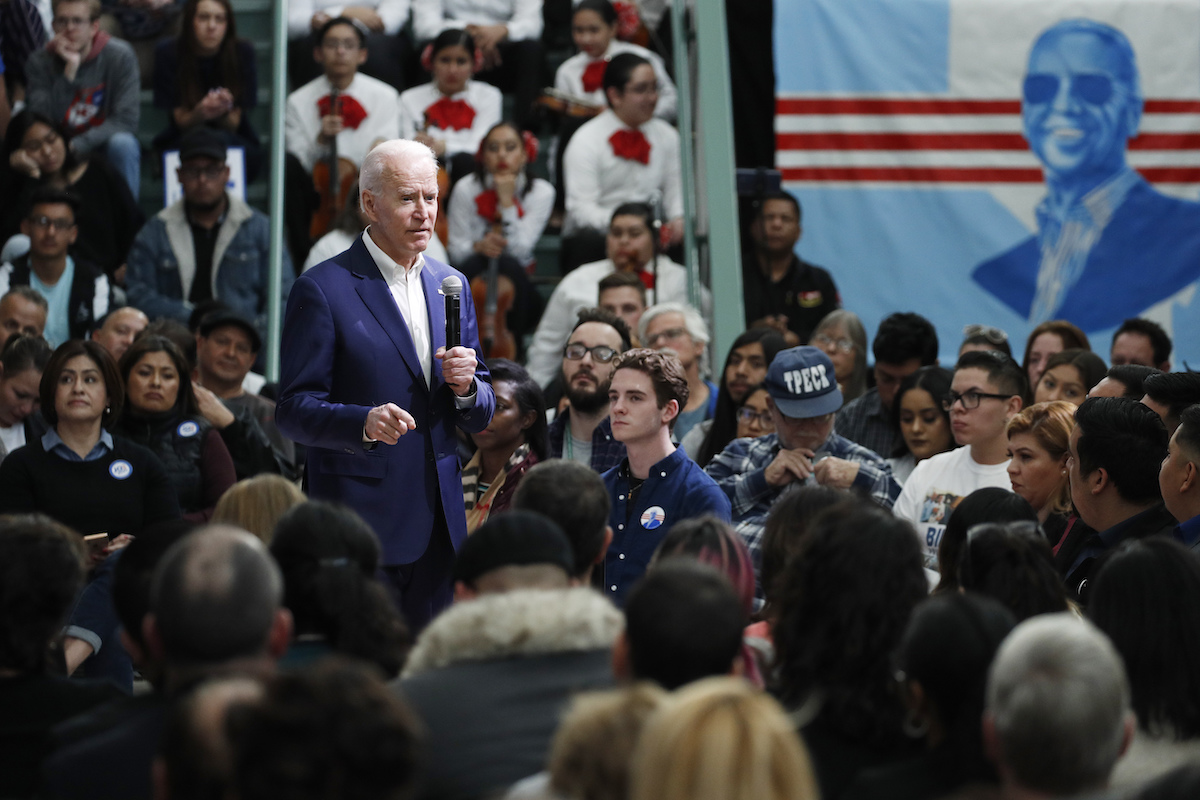 LAS VEGAS (AP) — Democratic presidential candidates descended on Nevada on Saturday in an attempt to build relationships with Latino voters and win the coveted endorsement of the powerful casino workers’ Culinary Union.

Amy Klobuchar and Pete Buttigieg, both running as Midwestern moderates who’ve warned against liberal plans to move the U.S. to a government-run health insurance system, pitched themselves Saturday morning to Culinary Union workers, who prize their robust health plans.

Klobuchar, a Minnesota senator, said the “Medicare for All” proposals like those put out by Vermont Sen. Bernie Sanders and Massachusetts Sen. Elizabeth Warren “might sound really good on a bumper sticker” but would cause millions of Americans to lose their current health insurance, including the plans the casino workers bargained hard for.

“All of that work, I don’t want it to go down the drain,” Klobuchar said during her appearance at the workers’ union hall just off the Las Vegas Strip. 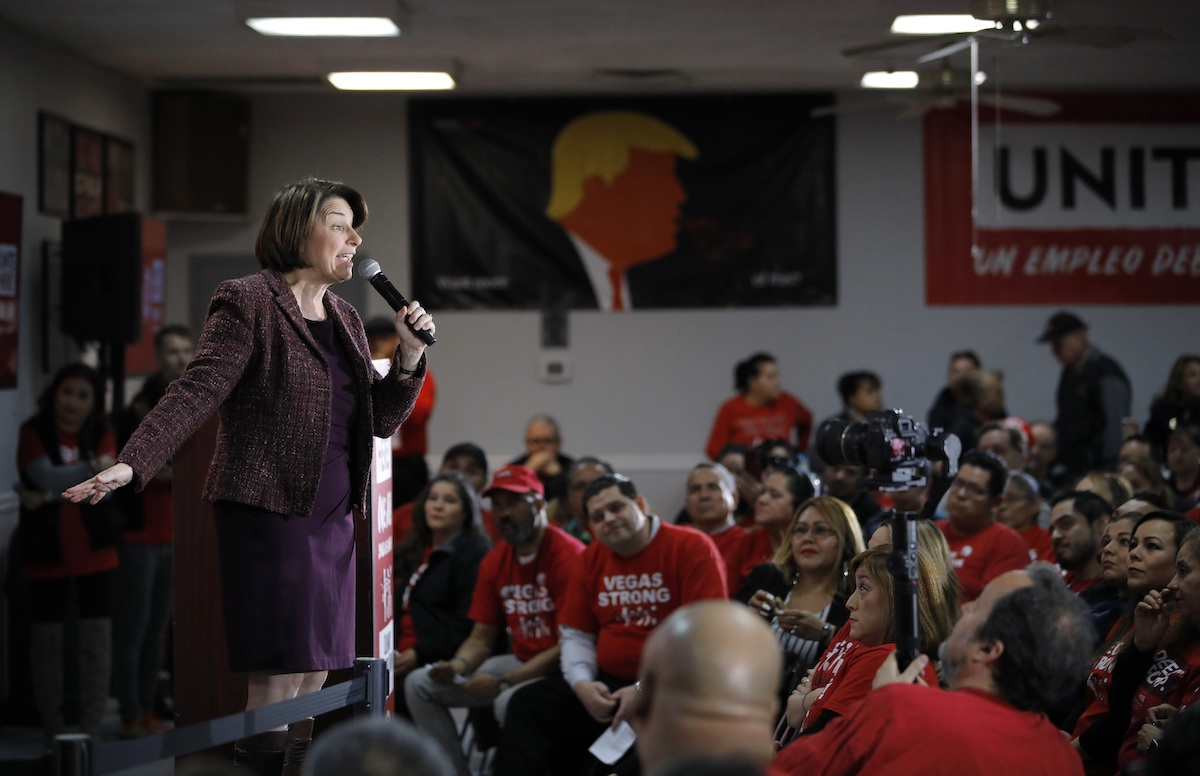 Buttigieg, who took the stage after Klobuchar left, made a similar point as he pushed his plan to offer government-run Medicare insurance to those who want it.

“I believe that if it’s the best answer for everybody, well, then everybody will choose it anyway,” said the former mayor of South Bend, Indiana.

Visits from Klobuchar, Buttigieg and former Vice President Joe Biden came a little more than a month before early caucus voting starts in Nevada, the third state to weigh in on the primary race.

Biden has maintained a top spot in Nevada polls. In the most recent poll of the state, released Thursday by Fox News, he has a slight lead over Bernie Sanders, followed by Elizabeth Warren and Tom Steyer, with Buttigieg trailing slightly. Klobuchar, who has only recently established her campaign in Nevada, has been polling in low single digits. 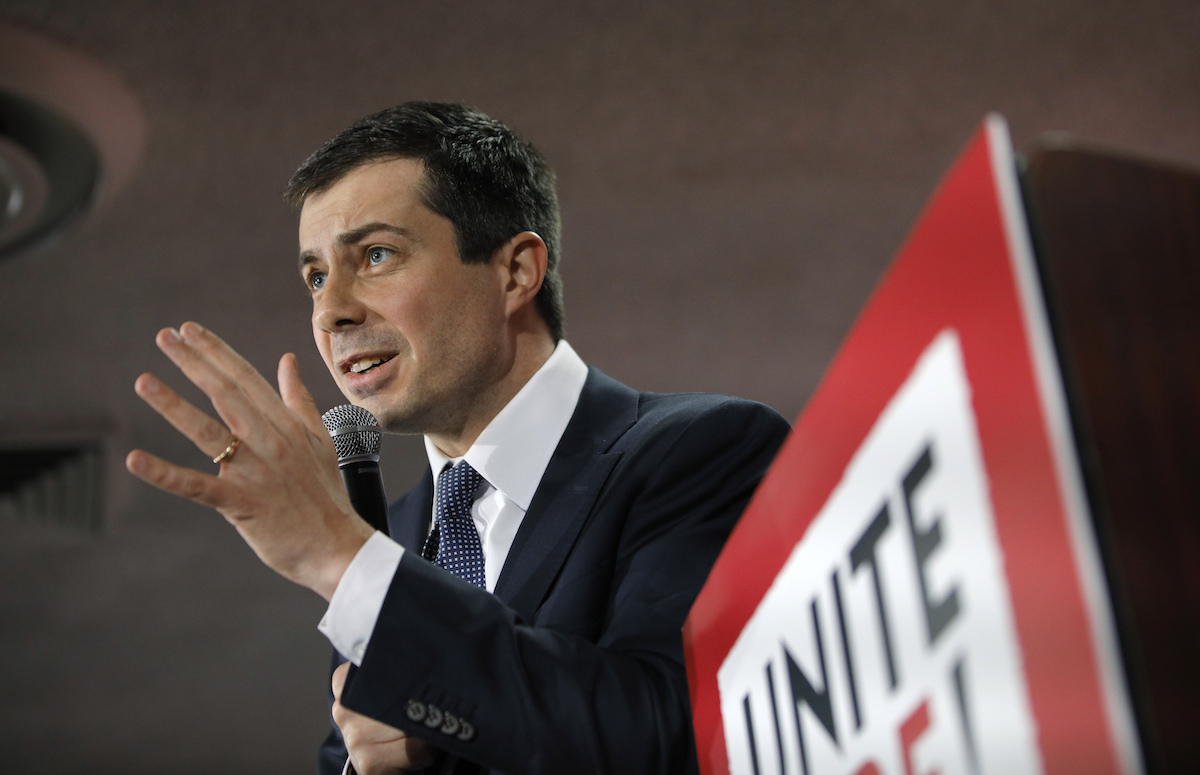 Nevada, considered the first state to test a candidate’s appeal before a diverse population, is a minority-majority state that’s about 29% Latino. Hispanic voters are a key constituency for Democrats in the state, along with labor unions.

Biden spoke to an audience of about 200, mostly people of color, packed into chairs and on stairways to listen. The former vice president said he has no Hispanic heritage but that he understands what it’s like to be a second-class citizen, growing up Irish Catholic in his Scranton, Pennsylvania, neighborhood.

“We were considered sort of the bottom of the rung,” he said.

Mi Familia Vota leader Héctor Sánchez Barba asked Biden if he’d commit to having four Latinos in his Cabinet. Biden wouldn’t commit to any specific number but said he would have a “significant number of Latinos” in his Cabinet, along with Latinos serving as core members of his senior White House team.

“Latinos make up 25% of every single solitary person in school in America today. The idea that we are not going to have overwhelming representation of Latinos in my Cabinet says we’re not going to move forward as a country,” he said. “You are the future.” 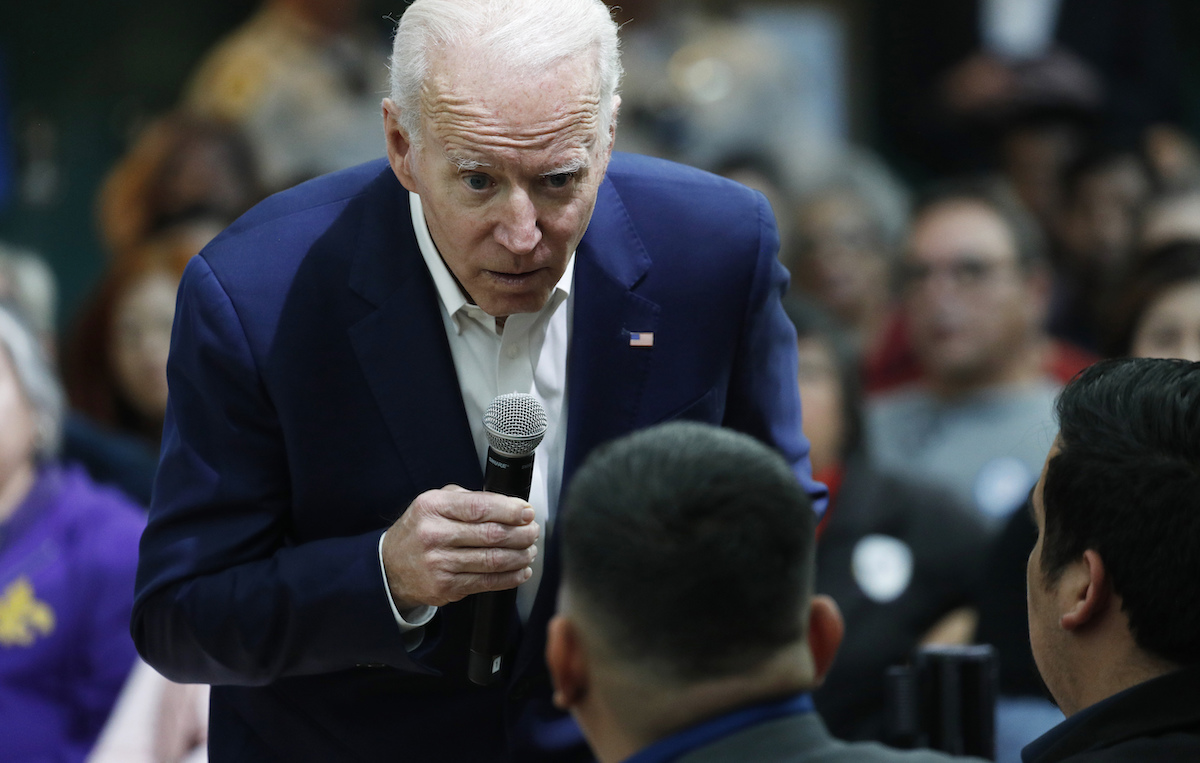 The biggest immigrant organization in Nevada is the Culinary Union, 60,000 strong, mostly women and mostly Latinos, and one of the most important endorsements in Nevada Democratic politics.

The Culinary Union’s leaders have not yet said if they will endorse in the primary. The union’s parent organization, Unite Here, will decide at the end of the month whether to endorse. If it doesn’t, Culinary may endorse on its own, according to Culinary spokeswoman Bethany Khan.

Biden, Warren and Sanders all made their pitch to the union in December. While Warren sidestepped discussion of her “Medicare for All” plan to move the country away from private insurance, Sanders took on the issue directly and was heckled by some in the audience.

But all three of those candidates, who are much better known, received more enthusiastic receptions at their earlier visits than Klobuchar and Buttigeg did Saturday.

Klobuchar told jokes and touted her family’s long union membership as she warmed up the crowd. Buttigieg drew whoops and claps as he broke into Spanish several times during his speech.

Biden, while answering a question about Latino representation at his event, apologized that he couldn’t speak Spanish. He said he took five years of French in high school and college and was still made fun of when he tried to speak that language.

Later Saturday afternoon, Buttigieg held a town hall at a high school across town, where he drew an enthusiastic audience that appeared to be at least 700 people.

Sharon Sampsel, 61, said she would like to see a woman in the White House but that she’s going to caucus for Buttigieg, saying he has “the most winnable, stable, middle-of-the-road, commonsense platform that’s out there.”