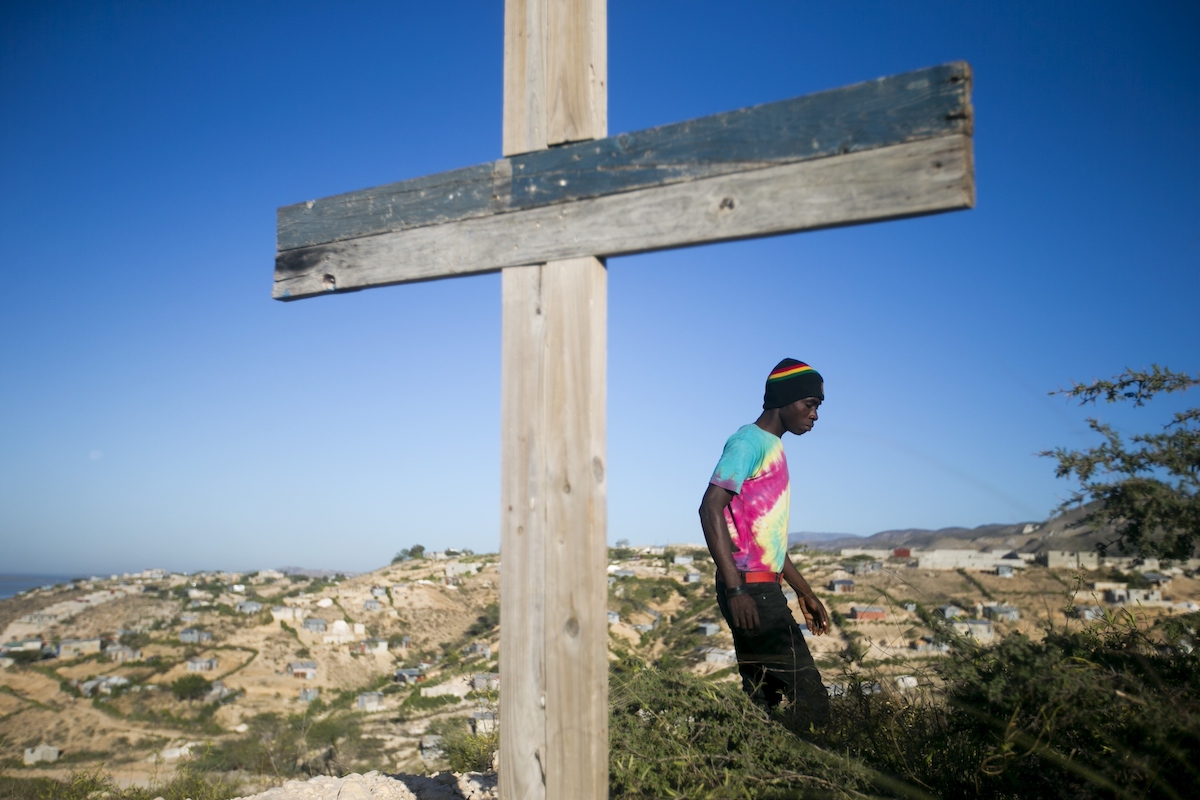 A resident walks past a cross during a memorial service honoring the victims of the 2010 earthquake, at Titanyen, a mass burial site north of Port-au-Prince, Haiti, Sunday, January 12, 2020. Sunday marks the 10th anniversary of the devastating 7.0 magnitude earthquake that destroyed an estimated 100,000 homes across the capital and southern Haiti, including some of the country’s most iconic structures. (AP Photo/Dieu Nalio Chery)

PORT-AU-PRINCE, Haiti (AP) — Haitians on Sunday remembered the victims of the massive earthquake that killed more than 100,000 people a decade ago, although the ceremony was marked by a protest against political mismanagement now and then.

President Jovenel Moïse laid flowers at a memorial to the victims at a cemetery outside Port-au-Prince, joined by clergy, officials from his government and foreign ambassadors.

“The earthquake of January 12, 2010 left deep and indelible scars in the memory of an entire people,” he said.

The 7.0 magnitude quake that hit Haiti’s capital and surrounding areas just before 5 p.m. left a death toll ranging from around 100,000 to more than 300,000 people. Thousands still don’t have adequate shelter a decade later, and the long-term quake response is widely seen as a failure by both the Haitian government and foreign governments and aid groups.

Marie-Andre Michelle 42, said her children, aged 15 and 18, had died in the quake and even though she didn’t know if they were buried at St. Christophe cemetery, she had saved to buy flowers to leave at the memorial in their honor.

“I am not sure if my kids are on this site. Bodies were picked up from the hospital like animals,” she said. “God only knows where they are now.”

A small group of protesters led by well-known Haitian comedian Mathias Dandor were pushed back from the ceremony by police, but reached the memorial afterwards and destroyed the wreath of white flowers left by Moïse, leaving their own in its place. 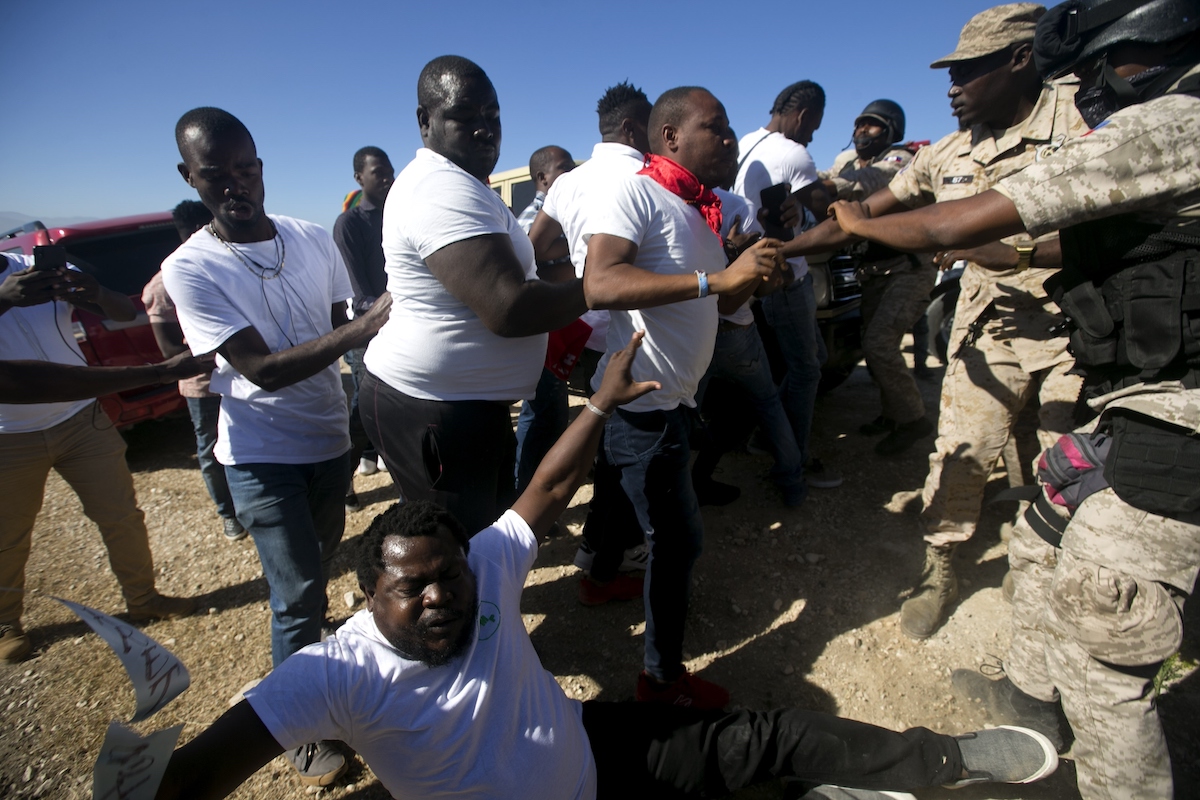 They said they were protesting years of government mismanagement, including Moïse’s failure to take on corruption or improve the economy or security.

“The negligence of the state has cost thousands of people their lives,” Dandor said.