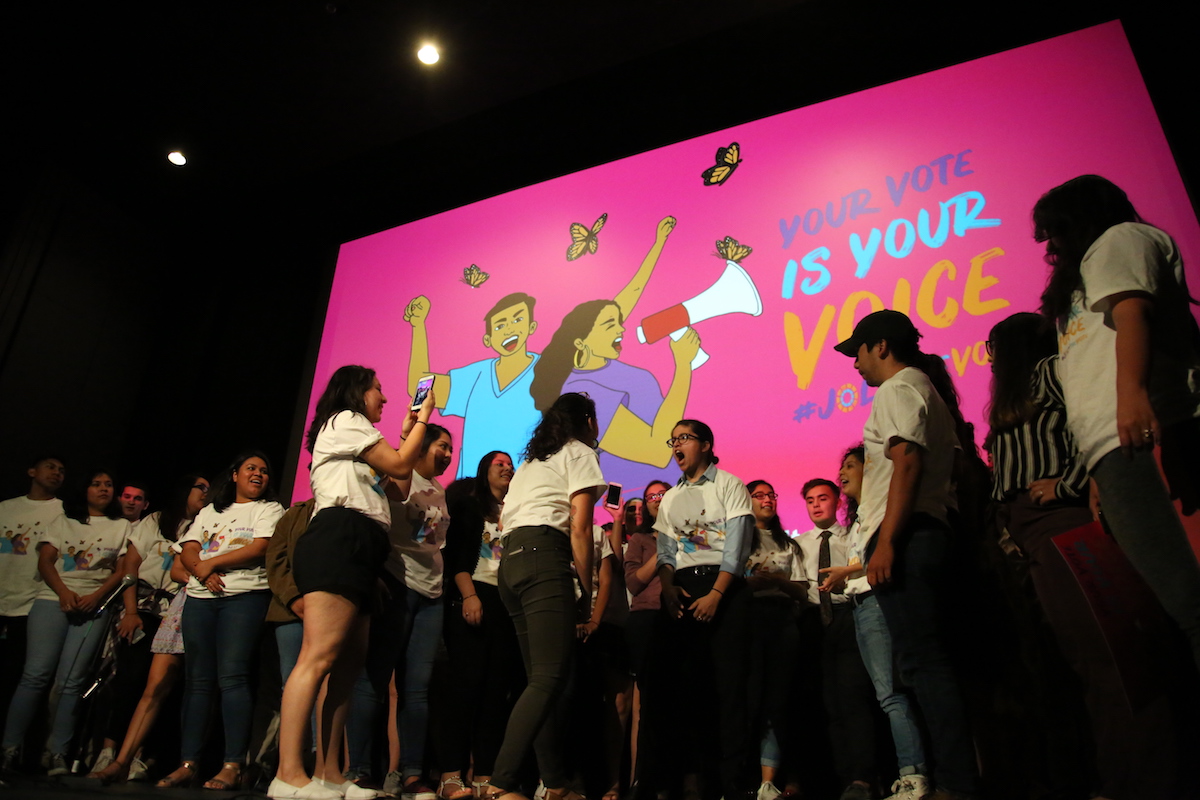 Happy New Year. It’s 2020 and a new decade dawns with what may be the most important presidential election in generations.

During the holidays, my mind was on Texas and it occurred to me that everything about how Democrats do “Get Out the Vote” (GOTV) —not only in Texas, but nationally— is flawed. My major conclusion was this: The outdated strategy employed by Democrats to deprioritize registered voters with little or no vote history has a disproportionately negative impact for Latino turnout.

As Latino Decisions co-founder Gary Segura has argued repeatedly, electoral strategists are generally befuddled by what might be called the chicken-or-the-egg turnout mystery. Should Latinos become targets only after they’ve proven they will vote, or should they become targets precisely because they are registered yet rarely if ever vote? Put another way, does voting create a new target or does targeting create a new voter?

To me, the answer is clear: It takes an egg to make a new chicken, and it takes targeting to create new voters.

Having spent more of my holiday than I care to admit reflecting on the challenges of 2020, I believe that if Democrats are serious about flipping Texas or similar states, they need a seismic shift in the way the party conducts Latino outreach. America is highly polarized. The share of true independents is dwindling, and both party coalitions get their news from divergent media sources. The Mark Penn-led era of clever swing voter groups —soccer moms, office park dads— is over. Mobilization, not persuasion, is king.

Elections today thus turn on how well (or poorly) each side delivers its voters to the polls. Notice that Donald Trump’s campaign in 2016 invested few resources on persuading voters. Instead, the campaign executed a two-pronged, mobilization/demobilization plan: Ratchet up their highly-conservative base and suppressed turnout among black voters and other disaffected Democrats. Too few Democratic strategists understand these realities.

How, exactly, do Democrats develop their targeting strategies? Let me answer that question by sharing from my own experience.

Any Democratic operative who got her or his start in campaigns before the turn of the century surely remembers the party’s training manuals. They were the bibles of GOTV efforts. The scripture was simple and straightforward: Avoid knocking on the doors of voters with no vote history, and instead target reliable and consistent voters with whatever GOTV resources you had at your disposal, from door-hangers to phone banks.

That’s how I was trained when I cut my teeth knocking on the doors more than two decades ago. Times and technologies have changed; organizers now carry tablets, not clipboards. But the premises and practices are largely unchanged.

Unfortunately for Latinos, this targeting philosophy means Democratic campaigns too often fail to sufficiently reach them via direct mail, canvassing or phone banks. Indeed, countless polls and studies conducted by Latino Decisions show that Latinos report they are contacted by campaigns at much lower rates than white or even black voters. The 2018 election was no exception.

With the 2020 election underway, organizers have more targeting tools at their disposal than ever. For those working in states that will make or break their candidates, contests can turn on the amount and type of resources invested to turn out low-propensity voters. A new philosophy is essential if Democrats ever hope to flip any state, but especially my home state of Texas.

Nowhere is the mobilization problem more pronounced than in Texas, a state where 4 million Latino voters are on the sidelines, including the nearly 400,000 minors who will turn 18 in time to vote in the 2020 presidential election. Trump carried Texas by roughly 800,000 votes in 2016.

Texas has approximately the 1.6 million inactive-but-registered Latino voters. How does their inactivity matter? Put simply, their disfranchisement creates policy, political and even polling problems.

And this doesn’t include the 2 million eligible-but-unregistered Latinos in Texas. What might registering and mobilizing mean for Lone Star politics? I focus on that question in next week’s follow-up post.

Two publications out this week echo my conclusions about the insufficient focus on unmobilized or undermobilized Latinos, in Texas and elsewhere.

First, the Democratic Strategist distributed a list of every voter mobilization organization working on the center-left to find, register or motivate citizens to vote Democratic. Only three of the 34 listed organizations focus on Latino voters, and two of these are state-focused groups. Mi Familia Vota is the lone, national organization that specifically targets Latino voters.

Second, The Atlantic’s Christian Paz published a deeply-reported piece on Democrats and their problems with Latino voters. After interviewing a number of activists and strategists, Paz concludes:

“[S]ome of the Latino political organizers I spoke with described the primary season so far as a master class in ‘political malpractice’—as one person phrased it—with candidates struggling to engage Latino voters, address issues beyond immigration reform, and treat Latinos as the influential voting bloc they are. Others reported a lack of candidate interest in working with their organizations, including missed meetings and radio silence on questionnaires…There’s a real risk that if Democrats don’t sort out these issues soon, they could struggle to attract and mobilize what could be the largest minority voting bloc in 2020.”

Latinos are the largest minority voter block. Here at Latino Decisions we estimate the Democratic nominee will only need 40 percent of the white electorate to win on Election Day. It behooves Democrats to recognize both of these facts. Luckily for House Democrats, Congressman Tony Cárdenas, Chairman of BOLD PAC who inspired this thought piece, is leading by example. Cárdenas has called upon Democrats to reach out to every registered Latino voter regardless of their vote history.

Time is on our side, but it won’t be forever.