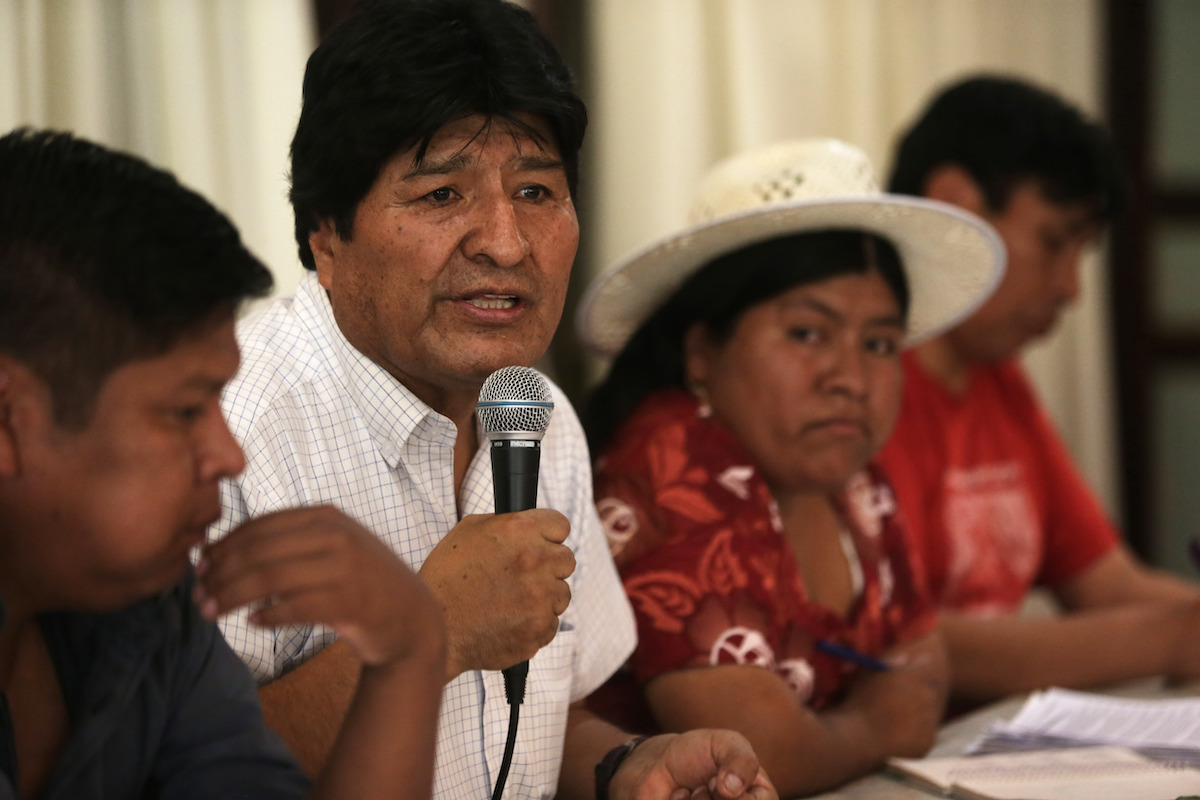 Speaking from self-exile in Argentina, Morales said the vice presidential candidate for his Movement To Socialism party would be David Choquehuanca, a former foreign secretary and like Morales a member of Bolivia’s Aymara indigenous group.

Morales, who governed Bolivia for nearly 14 years, resigned the presidency in November when the police and army withdrew support after several weeks of demonstrations that erupted over allegations of fraud in the October 20 presidential election that Morales claimed to have won. The Organization of American States said its audit found serious irregularities in the vote count.

An interim government took over after Morales left the country and annulled the October election, scheduled new national elections for May.

Speaking at a hotel in Buenos Aires, Morales said Arce was the best choice to lead the party’s ticket because of his economic expertise. Arce played a key role in economic decisions during Morales’ three terms as president.

Morales added that having Rodríguez on the ticket would not guarantee unity in the party, which has been divided since Morales’ November 10 resignation.

“With this we must all be united for the good of Bolivia,” he said.

But there were quick signs of dissent within the party over the passing over of Choquehuanca.

Sen. Omar Aguilar, a member of the party, said the decision was difficult to accept and predicted it would create problems with peasant leaders who had backed Morales’ long-time foreign minister.

“He has not respected our decision,” Aguilar said. “This is a betrayal of the unity pact that we had agreed upon.”