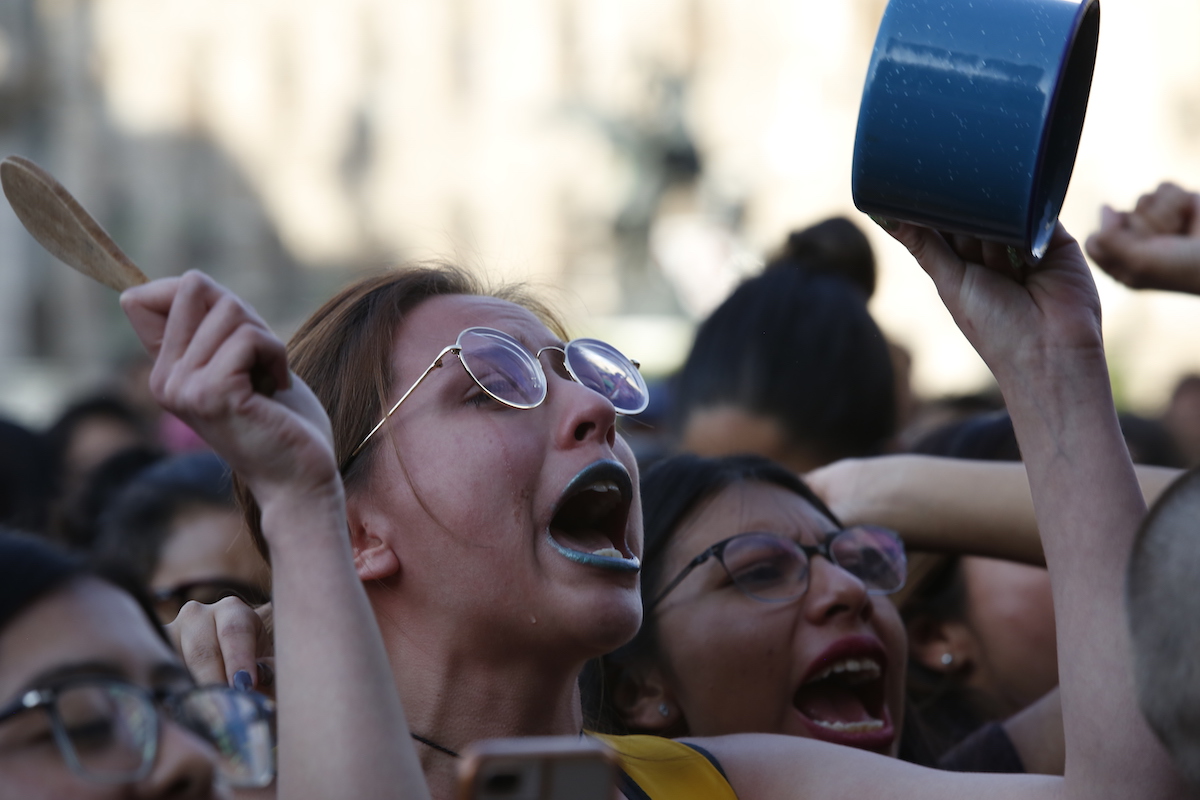 MEXICO CITY (AP) — Several hundred feminist activists warmed up with chants Saturday next to a monument to murdered Mexican women before filling a street in the capital and dousing female police officers with red paint.

It was the latest in a series of rowdy all-female protests that have flooded central avenues since August, when thousands of women took to the streets of Mexico City in anger over the alleged rape of a teenager by city police and rampant violence against women.

Now, the feminists themselves feel like targets after two of their fellow activists were murdered this month in different parts of the country.

“Once again the women are taking to the streets to shout to society that they are killing us,” said Nelly Ornelas, 24, who belongs to a collective called Love is Not Violence, which seeks to stamp out domestic violence.

On average, 10 women are murdered every day in Mexico, making it one of the most dangerous countries in the world for women. Only one of every 10 reported crimes in Mexico results in jail time.

Ornelas thinks the shooting death last week of women’s rights activist Isabel Cabanillas in Ciudad Juárez, a city just south of El Paso, Texas, was meant as a message to the women who are fighting for greater safety.

“Since the authorities are indifferent, lazy, the men think that they can keep killing women. So the feminists, we are going to keep going out until they learn to respect us,” said Ornelas.

Nearby, mothers and sisters of murdered women took turns at a microphone to describe how their girls were murdered, and how, years later, the perpetrators remain free. Many family members receive death threats for their pursuit of justice. 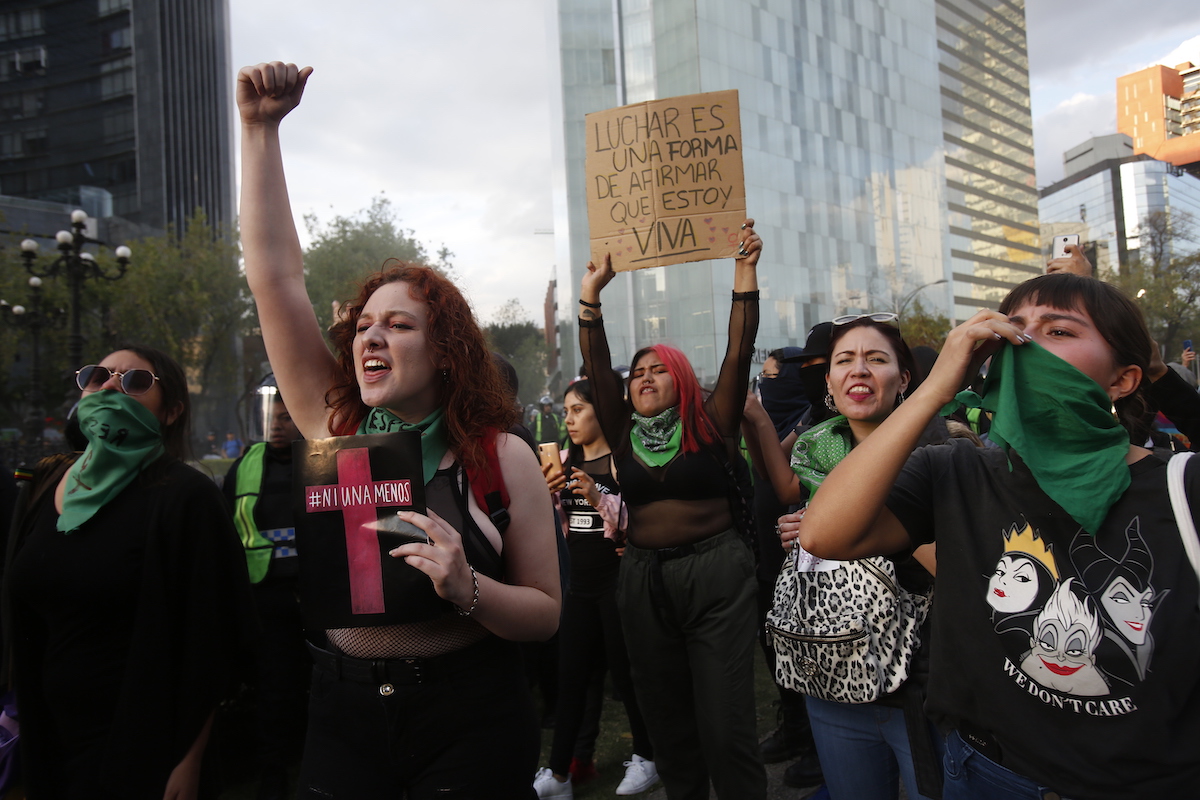 Tears streamed down the face of teenager Tessa Lagunas as she listened to the tales.

“Sometimes I feel like staying home and not going anywhere,” she said, as her mother consoled her.

In August, female protesters shocked Mexico by trashing a bus station, police precinct and spray-painting messages like “rape state” onto the base of the Angel of Independence, a major monument in the capital topped by a female angel.

Those who complained about the graffiti, the protesters argued, care more about statues than real women.

Defacing monuments along the city’s stately Reforma Avenue has since become a priority for some, who wear masks to conceal their identities.

On Saturday the masked protesters poured red paint onto a statue of a man riding a pegasus, threw a flaming projectile at a statue of explorer Christopher Columbus and tied a green bandana —a symbol of abortion rights— around the ankle of a statue of French chemist Louis Pasteur.

“It’s a way to get our anger out and also to give visibility to the movement,” said a 19-year-old with a black mask on her face.

Lines of female police in riot helmets stood shoulder to shoulder in an effort to protect the monuments. The protesters shifted directions at several points, resulting in an elaborate game of cat and mouse that blocked traffic on key arteries for several hours. 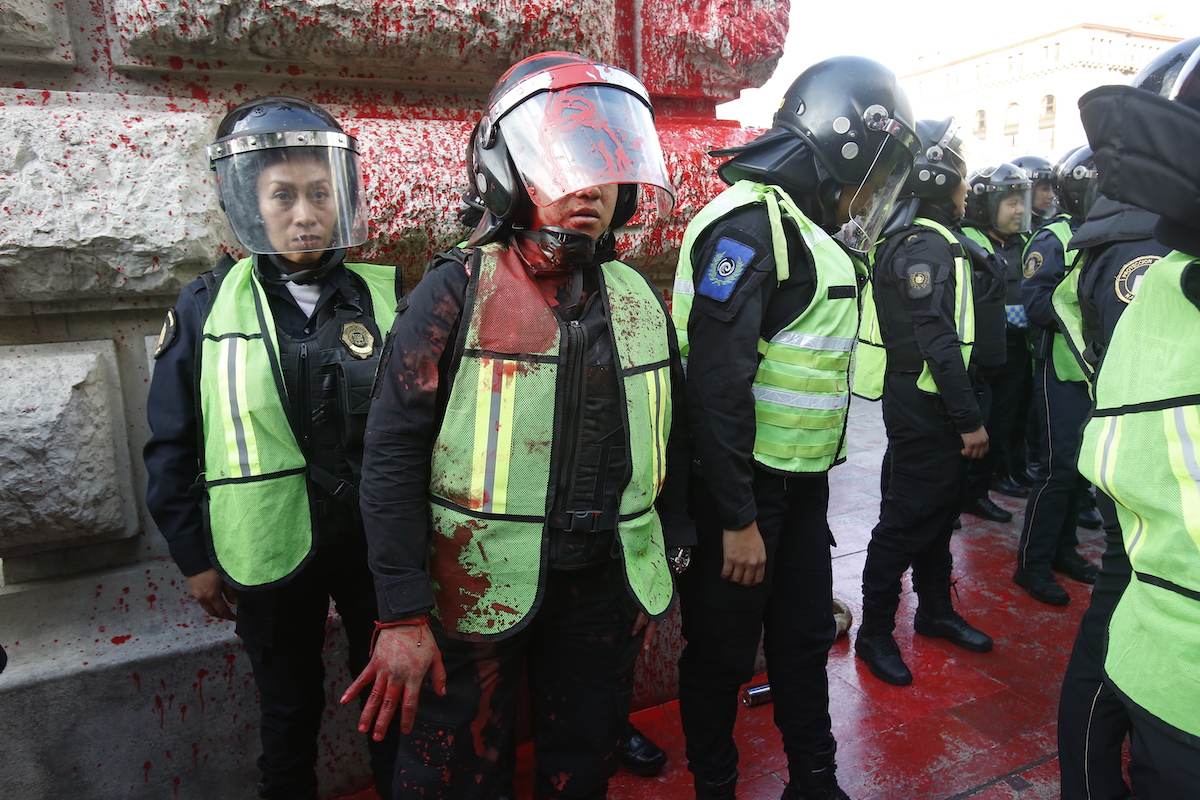 The protesters shouted “traitor!” at the female officers, who pursed their lips and resisted fighting back—even when one officer’s uniform briefly caught fire from a Molotov cocktail.

“Really, we are with them,” said a veteran female police officer whose face was splattered with red paint.