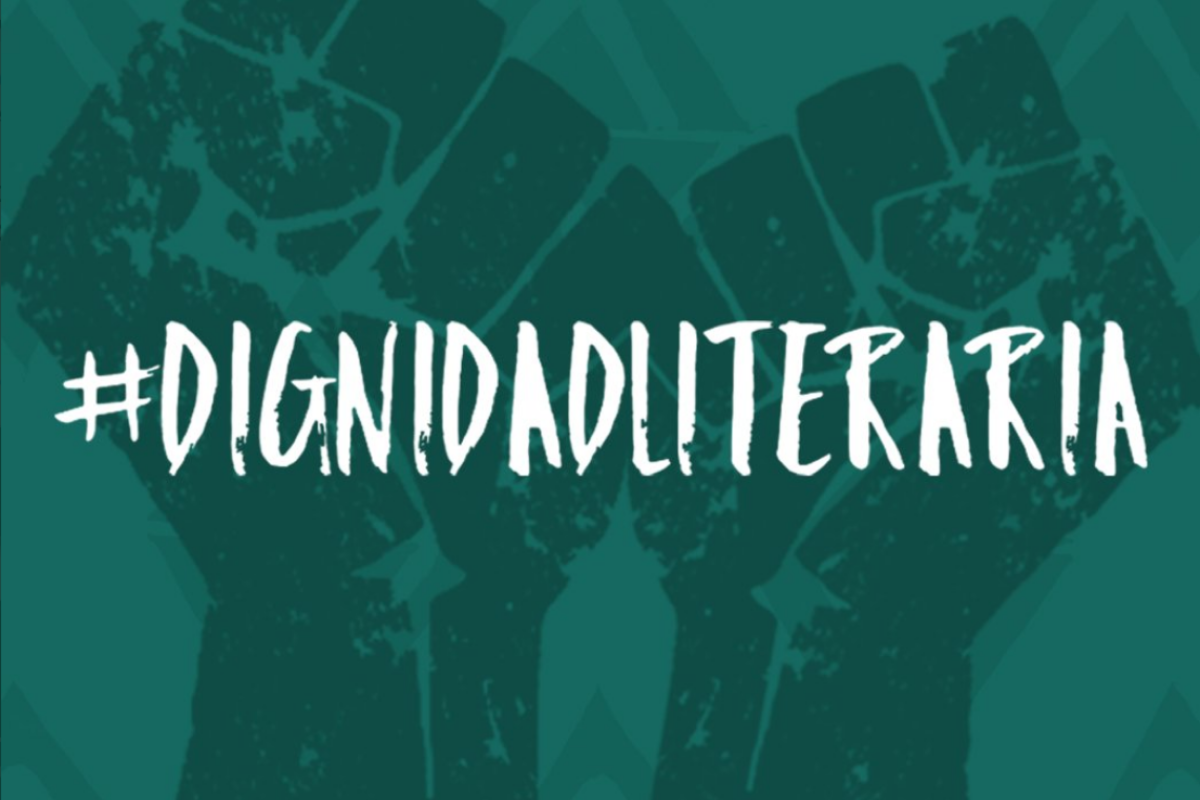 By now you must be all familiar with the controversy surrounding Jeanine Cummins’ American Dirt. From social media hashtags  to almost daily news stories about the reaction.

Over the weekend, a new campaign was created, #DignidadLiteraria (Literary Dignity). According to information shared with Latino Rebels by organizers (which include LR contributor Roberto Lovato, author Myriam Gurba and author David Bowles), they hope to highlight how a community of “60 million [are] left off of bookshelves and out of the national dialogue, a community targeted because the humanity of our stories is still being muted.” Their call to action wants writers, artists and rebels to stage read-ins and take to social media and post pictures and videos to amplify their art and experiences. Moreover, they want people to visit libraries and demand to have more works from Latino/Latinx writers available.

Their goal is plain and simple: make the publishing industry accountable for the indivisibility of Latinx creators.

After today’s announcement by Flatiron Books, publisher of Cummins’ American Dirt, to cancel some events related to the book, #DignidadLiteraria shared a press release stating their dissatisfaction.

“We have moved our focus from Jeanine Cummins and American Dirt to the true problem: the canceling of Latinx writers by US publishing,” the statement read.

They also view the cancelation of the book events as a threat to free speech: “As lovers of free speech, we view the cancellation of American Dirt events with great concern, for such closures deny us the opportunity to exercise our right to engage in powerful, spirited debate about the literary merits of the book and the racialized ways it is being marketed.” 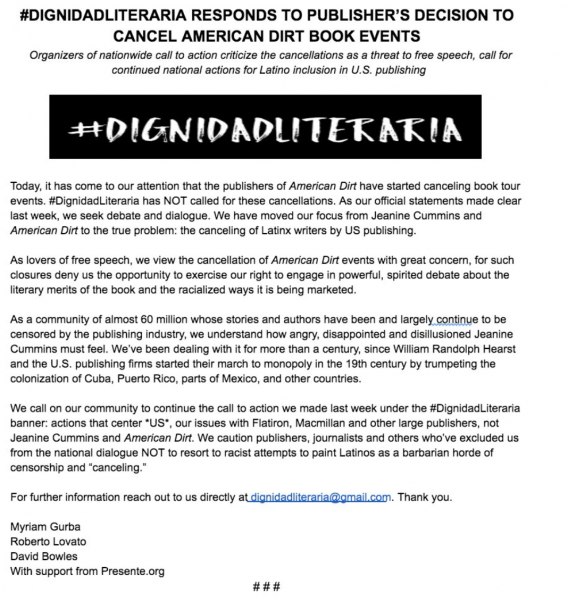 “We caution publishers, journalists and others who’ve excluded us from the national dialogue NOT to resort to racist attempts to paint Latinos as a barbarian horde of censorship and ‘canceling,’” the organizers said.