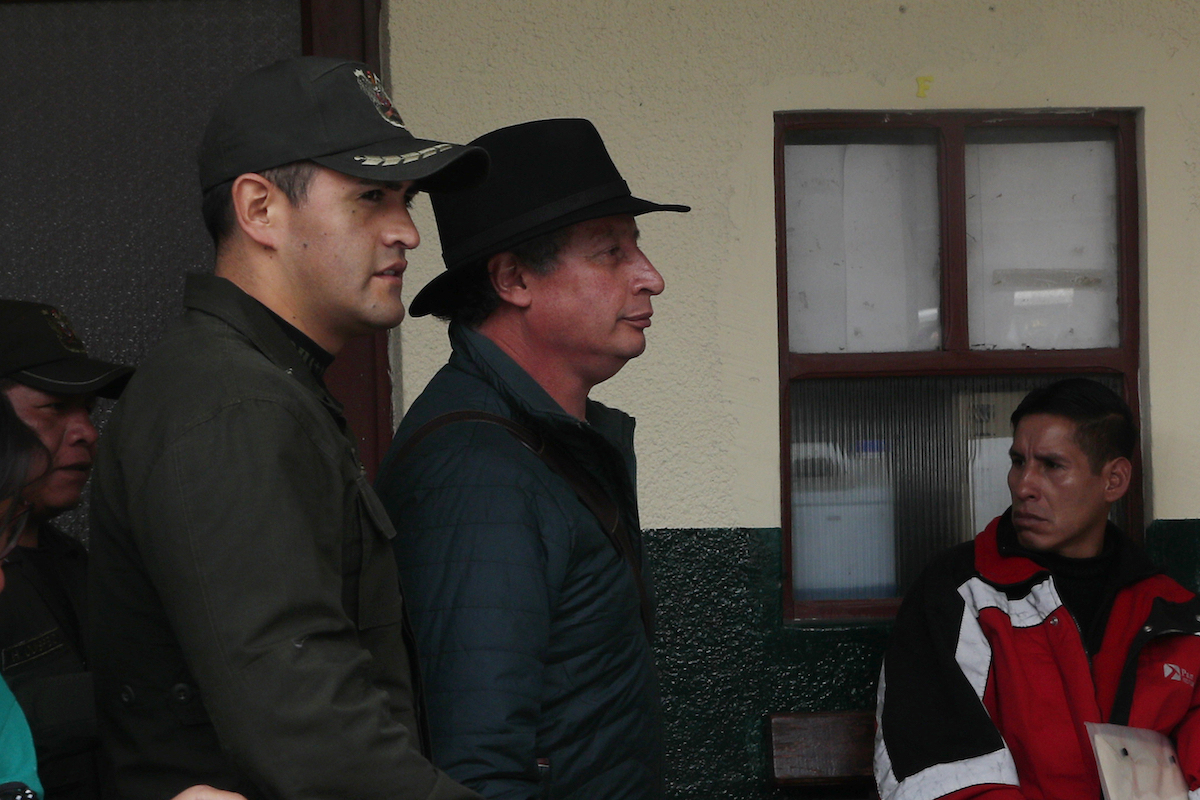 LA PAZ, Bolivia (AP) — Two former Bolivian officials headed to asylum abroad with a government guarantee of safe conduct were briefly detained at the airport on Saturday, but were finally allowed to fly out of the country.

The detention of former Mining Minister César Navarro and the former deputy minister of rural development, Pedro Damián Dorado, aroused widespread criticism and momentarily inflamed the conflict between partisans of ousted leftist President Evo Morales and the conservative interim government that replaced him.

The two had taken refuge at the Mexican ambassador’s residence in La Paz after Morales resigned under pressure in November, and the new government finally agreed to grant them safe passage to fly to Mexico.

But police detained them at the airport before dawn Saturday. Navarro is accused of electoral fraud in the disputed October presidential vote in which Morales claimed to have won reelection, while Dorado was wanted on charges of influence peddling and misuse of public goods.

The Foreign and Interior Ministries soon reiterated their pledge of safe conduct and the two men were released.

Escorted by diplomats from the European Union and Mexico, as well as a Catholic bishop, they returned to the airport and boarded a plane headed for Peru and were then expected to go on to Mexico.

Interior Minister Arturo Murillo attributed the “incident” to a “lack of coordination” between police and the prosecutor’s office.

Morales, who governed Bolivia for nearly 14 years, resigned the presidency in November when the police and army withdrew support after several weeks of protests over allegations of fraud in the October 20 presidential election.

The interim government led by Jeanine Áñez has moved to prosecute Morales and several of his associates, and has reversed many of his policies ahead of scheduled elections on May 3. Morales is barred from that election.