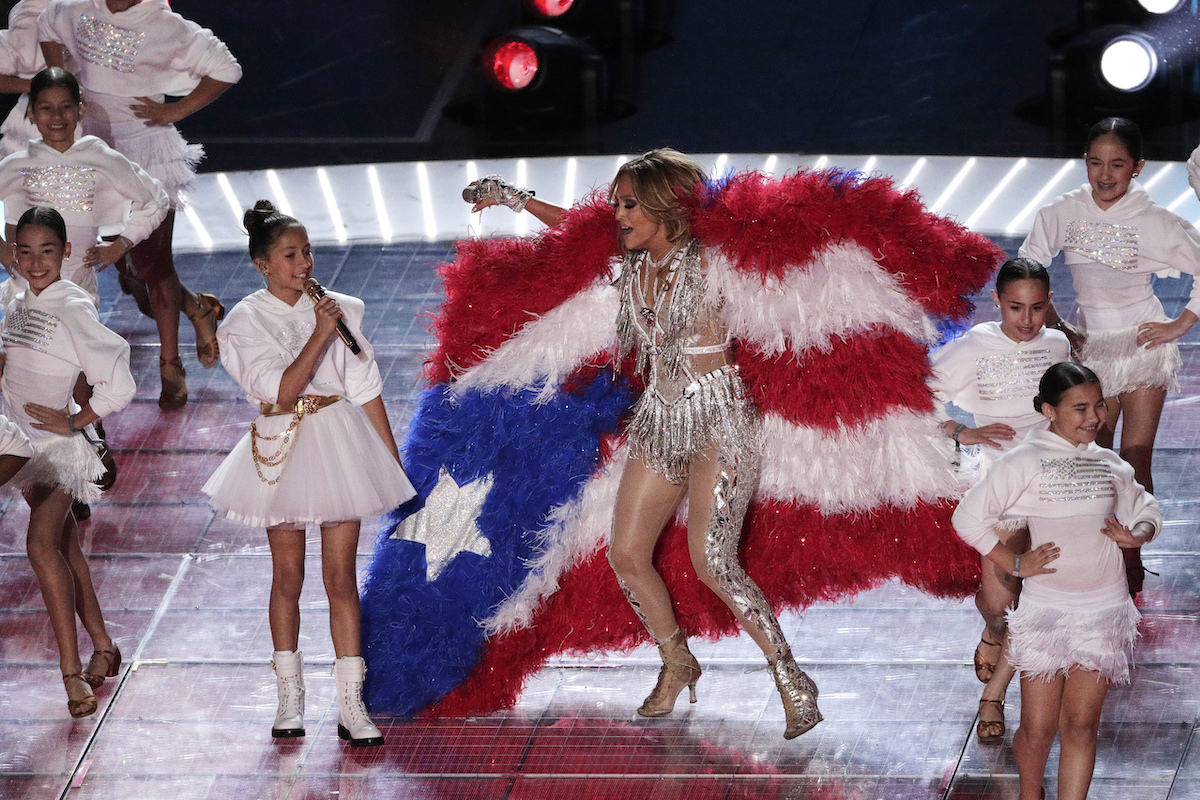 SAN JUAN (AP) — The screams echoed across Puerto Rico when Jennifer Lopez unfurled a feather cape representing the flag of the U.S. territory during the Super Bowl’s halftime show, a moment that many were still replaying and sharing on Monday.

The move came at a trying time for those on the island of 3.2 million U.S. citizens, who are still struggling to recover from a devastating hurricane and major earthquake.

“Everybody began to clap. They jumped out of their chairs. It was so exciting. There were even people with tears falling down their face,” said Danny Hernández, a government employee in the southwestern town of Guayanilla, where dozens of people lost their homes in a recent 6.4 magnitude earthquake that killed one person.

Hernández himself stood up when he saw the flag, a custom Versace cape that had 40,000 feathers in it, with 2,000 crystals making up the flag’s lone star, according to an Instagram post by stylist Mariel Haenn.

He noted the flag became a symbol of resilience and hope after Hurricane Maria hit Puerto Rico in September 2017 as a Category 4 storm, causing more than $100 billion in estimated damage and killing an estimated 2,975 people in its aftermath. It also became a symbol of resistance and justice last summer when large protests over corruption and other issues led to the resignation of the island’s former governor.

It was so strong a symbol that the territorial legislature in 1948 banned people from even owning one because it was then seen as a symbol of an independence movement. The law was repealed in 1957.

“We Puerto Ricans are very sentimental about the flag,” Hernández said.

The halftime moment surprised Puerto Rican journalist Jonathán Lebrón Ayala and his family as they watched the game at home. His wife and daughter jumped up, spilling drinks on the floor as Lopez yelled, “Let’s get loud! Latinos!” and then unfurled the flag while her young daughter sang, “Born in the USA.”

“It was rather hectic,” he recalled with a laugh. “You could hear people in the neighborhood screaming.”

Lebrón said he felt it was the most politically charged NFL Super Bowl ever, and that the moment will draw attention to Puerto Rico’s needs, which also include recovery from a 13-year recession.

“For better or for worse, people are going to be more in tune, looking for information about Puerto Rico,” he said.

On Monday, one of Google’s suggestions for people seeking details about J-Lo’s performance was, “What flag was in the halftime show?” Lopez is from the Bronx and her parents are from Puerto Rico.

The moment also intensified a longstanding political debate on the island between those who support statehood and those who favor the current political status, with both sides noting that the U.S. flag was on the other side of the cape.

Regardless of what political interpretation Puerto Ricans and others took from the moment, Lebrón said, “It was such a nice surprise during this time when we’re not doing very well…. It’s a moment we will never forget.”