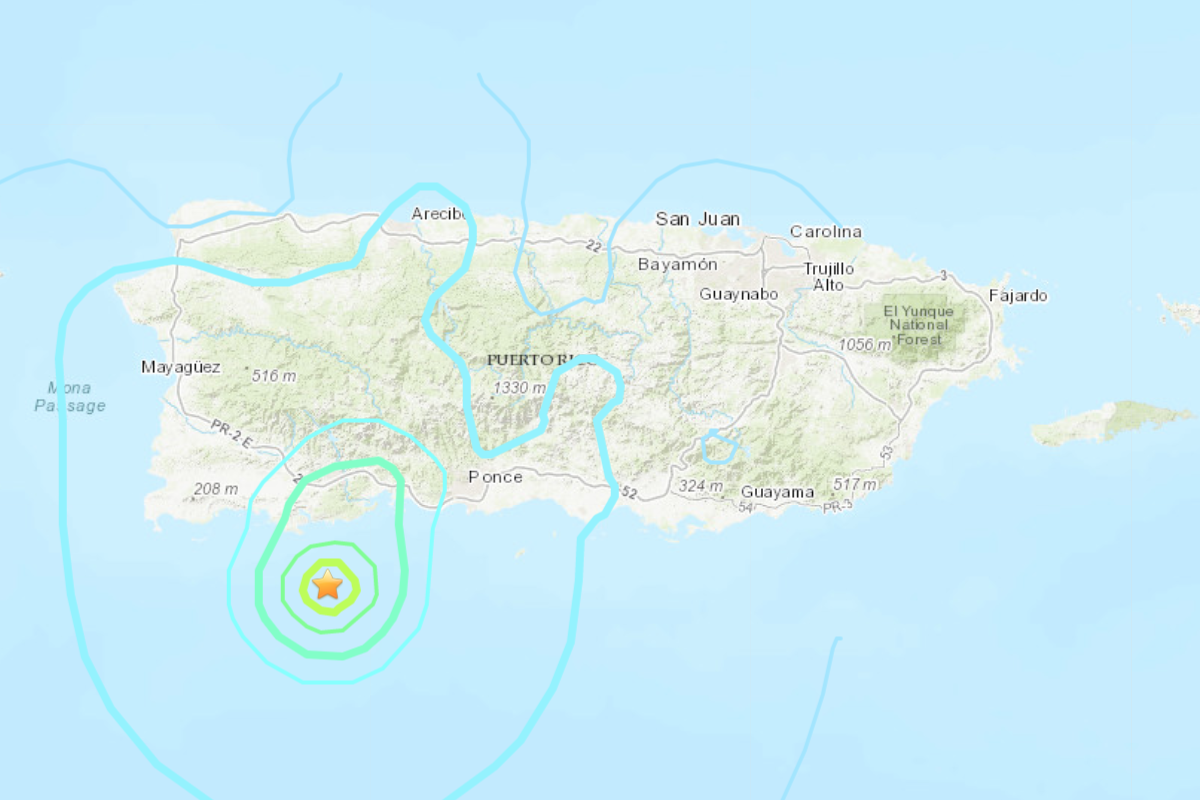 USGS map of February 4, 2020 magnitude 5.0 earthquake in the southern region of Puerto Rico.

SANTA ISABEL, Puerto Rico (AP) — A magnitude 5.0 aftershock rattled southern Puerto Rico on Tuesday, causing some cracks but no reported injuries in a region that has been shaken by continuing quakes for more than a month.

Officials in the southwest coastal town of Guayanilla reported a cracked wall and arch near a municipal pool that had already been closed to the public. It also prompted re-inspections of homes, schools and other buildings.

“The fear is that that they’ve once again been affected,” Guayanilla spokesman Danny González told The Associated Press. “It was a strong one.”

A couple of homes in the nearby city of Ponce also were damaged, prompting authorities to close several streets in the downtown area for safety as engineers inspected deep cracks.

The 10:45 a.m. (1445 GMT) quake struck 9 miles (15 kilometers) south-southeast of Guánica at a shallow depth of 4 miles (7 kilometers), according to the U.S. Geological Survey. It was felt across the island.

Víctor Huérfano, director of Puerto Rico’s Seismic Network, told the AP that the quake is part of a string of tremors that have followed a 6.4 earthquake that hit Jan. 7, killing one person and damaging or destroying hundreds of homes and schools.

The new quake re-energized the area, leading to 10 aftershocks in the hour that followed, he said.

Some 1,000 people remain in shelters in Puerto Rico’s southern region, and officials expected that number to rise with the latest quake. Authorities have noted that the majority of those sheltered are simply scared to return home but have reported no damage in their house.

Guánica Mayor Santos Seda told the AP that while no damage was reported in his town, he worried about the emotional toll the tremors are having on people.

“It’s a setback to progress we’ve made emotionally,” he said of the latest quake.