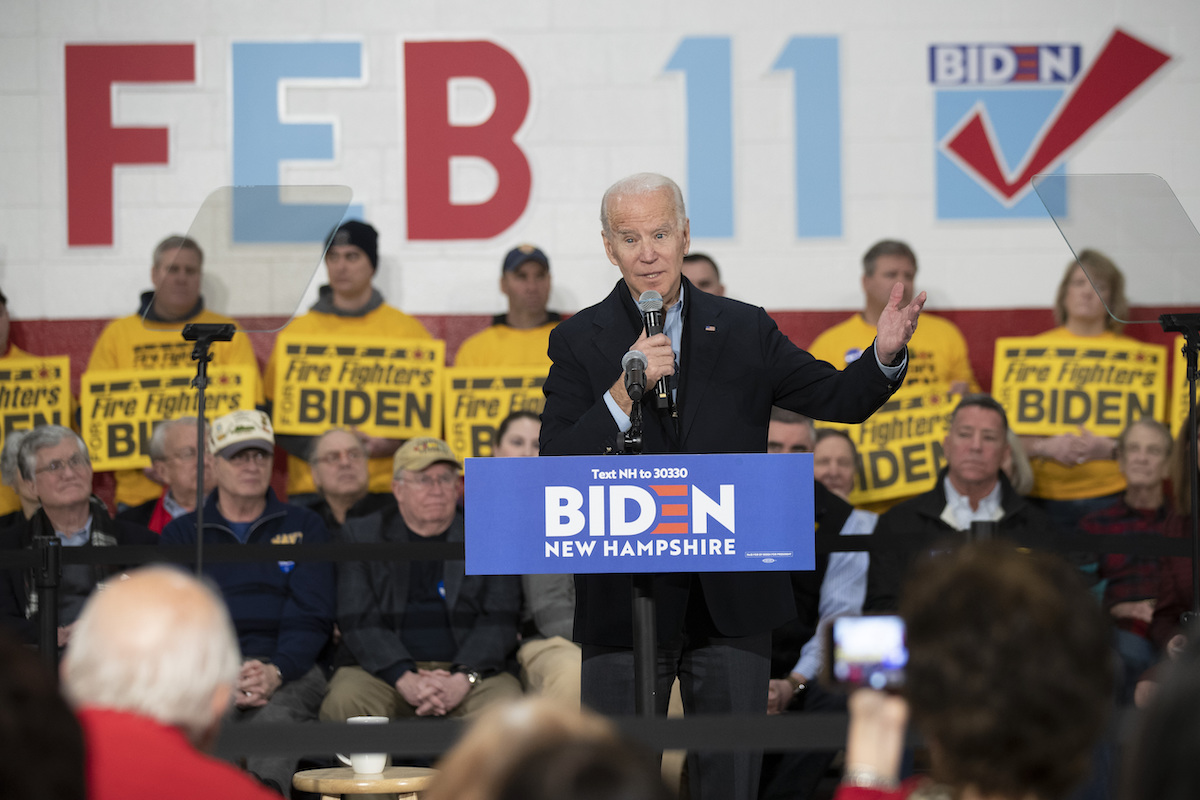 DES MOINES, Iowa (AP) — Joe Biden’s third presidential bid enters a critical stretch after a disappointing finish in the Iowa caucuses sent the former vice president on to New Hampshire with a skittish donor base, low cash reserves and the looming threat of billionaire rival Michael Bloomberg and his unlimited personal wealth.

In New Hampshire on Tuesday, Biden insisted he had a “good night” in Iowa even as he trailed the top moderate candidate, former Mayor Pete Buttigieg of South Bend, Indiana, and the leading progressive, Bernie Sanders, according to initial returns from 71% of precincts. Biden was running fourth, close to Minnesota Sen. Amy Klobuchar, who just days ago polled in single digits.

That leaves some establishment Democrats, including some Biden supporters, questioning his contention that he’ll reclaim clear front-runner status in the race against President Donald Trump once the primary fight moves beyond overwhelmingly white Iowa and New Hampshire to more racially diverse electorates. And it’s a reminder of how Biden’s previous presidential campaigns never advanced beyond Iowa.

“If he came in fourth, yeah, that could hurt,” said Bill Freeman, a Biden donor from Nashville, Tennessee, who added that he hadn’t even considered such a possibility heading into Monday’s caucuses. “That’s a bad night, no matter how you spin it.”

Most precarious for Biden: Some of the would-be donors he could win over with a strong showing are giving new looks to Bloomberg, the former New York City mayor whose entire strategy of sitting out the four early nominating states is pegged to the possibility that Biden falters. Bloomberg, one of the world’s wealthiest men with a net worth approaching $60 billion, isn’t asking for money. He’s simply looking for support that could cut off financial lifelines to Biden, whose campaign reported just $9 million cash on hand to start the year.

That’s patronage Biden needs to remain competitive with Buttigieg, as well as Sen. Elizabeth Warren and Sanders, who have raised massive sums from small-dollar online contributors who have been far less generous to Biden.

Alex Sink, a Democratic donor who hosted Hillary Clinton in the 2016 race, said many donors are holding back, waiting to see how Biden does. They are also keeping an open mind about Bloomberg, whose campaign asked Sink last week to attend an event in Tampa.

“I was anxious to do it because, like so many others, I’m curious and interested and worried about who our candidate will be and how we are going to beat Trump,” she said. “Most of my friends don’t know yet who they are voting for.”

Biden aides have said for months that he didn’t have to win in Iowa or on February 11 in New Hampshire because he was better positioned in Nevada’s Feb. 22 caucuses, South Carolina’s February 29 primary and a slate of March 3 primaries with more than a third of Democrats’ national delegates at stake on a single day.

That never meant, however, that Biden could sustain a bad showing in Iowa and New Hampshire. The approach was also an expensive one, requiring deep campaign reserves to finance advertising and staffing in Nevada, South Carolina and delegate-rich states like California and Texas. 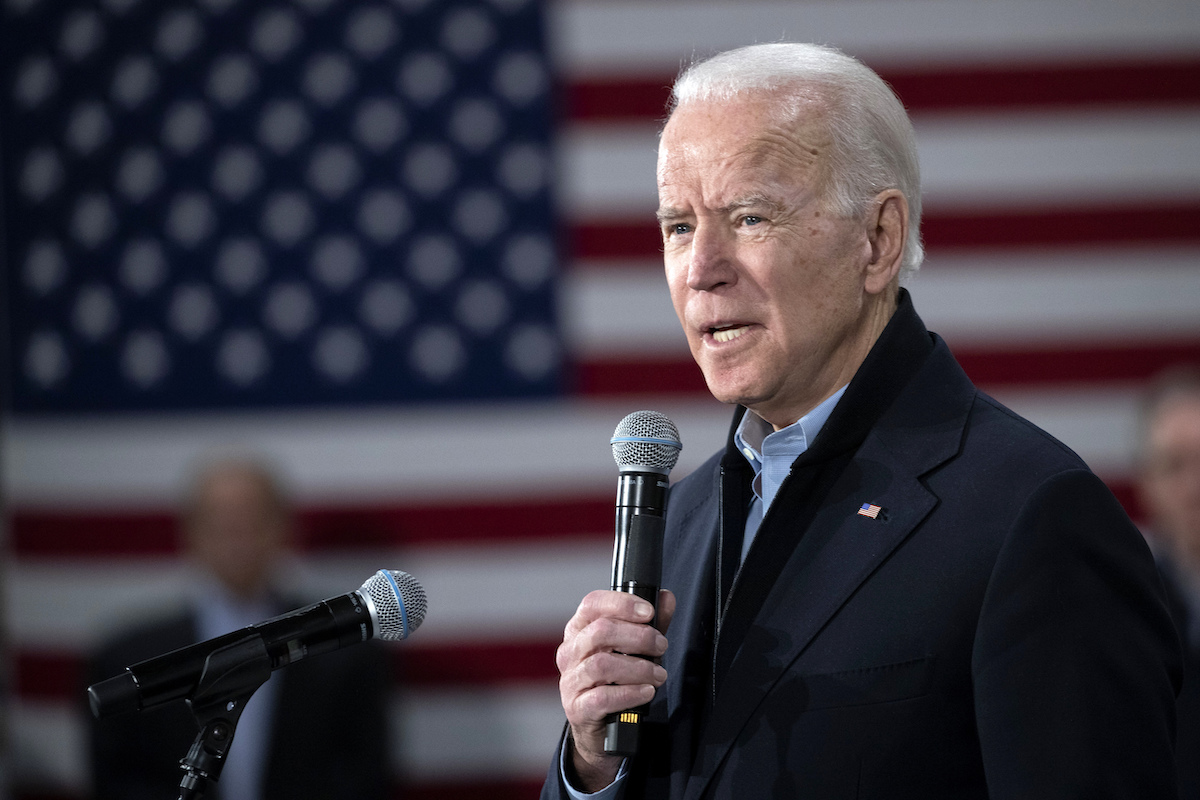 Biden has a campaign footprint across the March primary map, with paid staff or volunteer offices in 13 states. But his cash flow raises questions about how much he can bolster his existing operation. His uneasy financial situation is underscored by an affiliated super PAC that spent more on Iowa ads than the campaign itself, but still has struggled to raise money and has little left over after Iowa.

“Will he have as much money as Bernie Sanders? Probably no. But it doesn’t matter — all you need is enough gas to finish the race,” said John Morgan, a Florida plaintiffs attorney and one of Biden’s top fundraisers.

Freeman and Morgan agreed that Biden needs to finish in the top 3 in New Hampshire and ideally as the top moderate. That reflects what had been the quiet hope of Biden’s team heading into Monday’s caucuses. They didn’t necessarily expect to win outright. But they hoped that they could emerge from Iowa as the clear alternative to Sanders, a democratic socialist and leader of the left’s progressive base.

An effectively two-person race between Sanders and the former vice president, Biden confidants believed, would open the financial spigot, firm up his advantages among nonwhite voters and win over skeptical white moderates now aligned with Buttigieg or Klobuchar.

“That’s my conversation with people: If Bernie Sanders is the nominee, would you vote for him?” Morgan said. “If not, then back Joe.”

Biden took the same approach Tuesday on the campaign trail, hammering Sanders as directly as he has in weeks. “It’s time to get real about health care,” he said as he compared his proposal to expand existing insurance markets with a “public option” to Sanders’ “Medicare for All” idea. Sanders has been pushing single-payer insurance for “30 years now,” Biden said, and “hasn’t moved it an inch.”

The problem, Freeman said, is that a lackluster start in Iowa makes the Biden-Sanders juxtaposition a much harder sell. “I don’t think any of those conversations are happening today” with potential new donors, he said.

Still, Buttigieg and Klobuchar have their own challenges if they hope to displace Biden as the presumed establishment favorite. They both have negligible nonwhite support, and Klobuchar especially has far more financial obstacles than Biden.

Clay Middleton, a South Carolina Democrat who worked for Clinton in 2016 and Cory Booker’s now-suspended campaign this presidential cycle, said that Iowa doesn’t have to bury Biden but that he and every other candidate faces a delicate path trying to amass delegates going forward.

“The conditions are not the same now,” Middleton said, referring to when Biden dropped his 2008 bid after Barack Obama won the 2008 caucuses. “But again, does he have infrastructure in South Carolina to win four out of the seven congressional districts, and does he have the infrastructure in Virginia, North Carolina, Alabama, Arkansas, as part of his Super Tuesday strategy? That’s the real test.”