The Power of Puerto Ricans Showing Up at the Iowa Caucuses 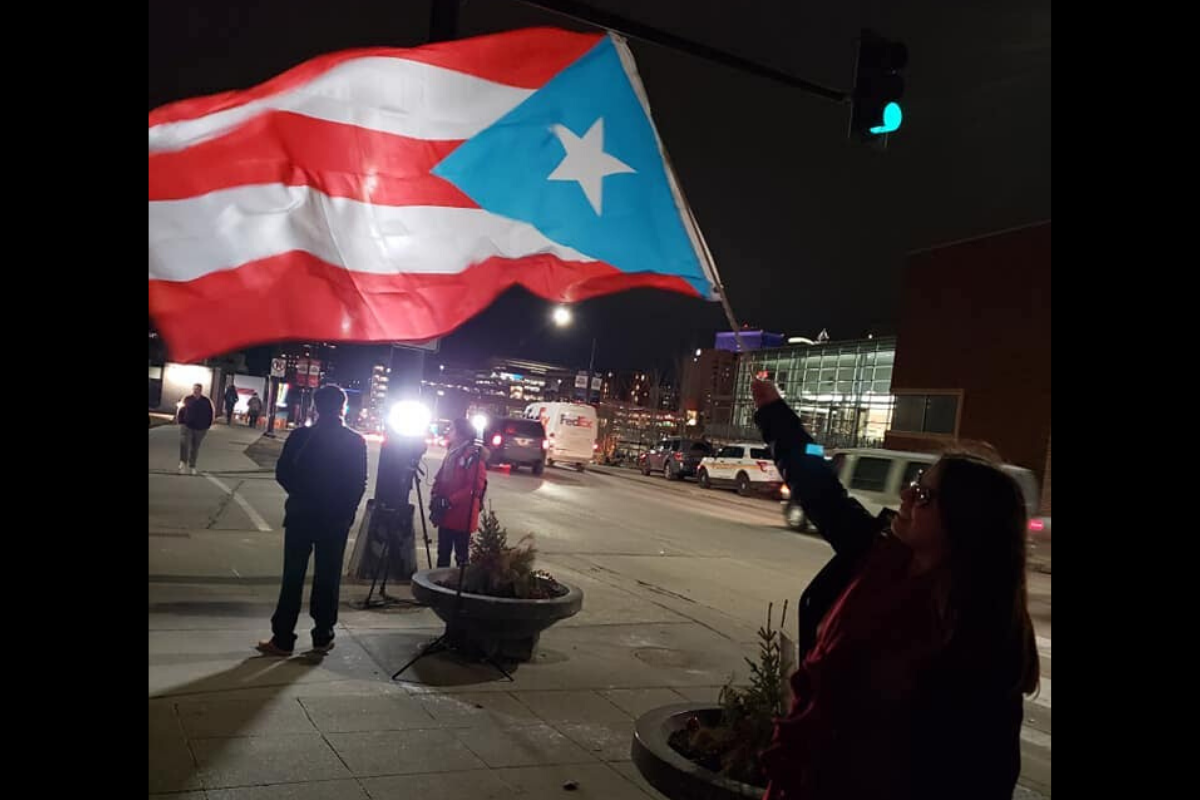 DES MOINES, Iowa — At 3 a.m. on Monday, while Puerto Ricans everywhere were dreaming what to post on social media about Jennifer Lopez’ Super Bowl performance, a group of Boricuas were doing something that has not been done in recent memory: They showed up to the Iowa Caucuses.

That is not to say that Puerto Ricans had never participated in one way or another in the Iowa Caucuses, after all, we have had campaign staffers and volunteers knock on Iowan doors in multiple elections. However, this group that traveled from New York, Chicago, Minnesota, and Florida did not come in to get out the vote for a specific campaign—they showed up for Puerto Rico.

After three years under Donald Trump, it became clear to us that Puerto Rico is the jurisdiction most affected by the presidency. It had also become evident that we had to hold ALL candidates from ALL parties to a higher standard when it came to Puerto Rico. But how could we do that if they had not unveiled any policy around PR? After debating various options, Power 4 Puerto Rico launched the #ShowUsYourPRPolicy campaign in March of last year.

The coalition and partners released an open letter and policy blueprint and requested that presidential candidates publish one of their own. After all, if they are going to be asking our community to support them (and blame us if they lose Florida), it’s only fair that presidential hopefuls communicate what type of policy they would push for Puerto Rico.

A year into the #ShowUsYourPRPolicy campaign, Power 4 Puerto Rico has talked to many of the campaigns (and to some of the candidates directly). A handful of candidates have posted some substantive policy proposals. Some are full of details, others focus on a couple of policy areas, and some candidates have not bothered to post anything. That’s when it became clear that we needed to raise the volume on this campaign.

That is the reason why a group of Puerto Ricans were in Des Moines this Monday. If the candidates were not going to come to us, we would make sure that they would feel the pressure wherever they were. We were going to show up for Puerto Rico, especially because the presidential candidates and their campaigns would never imagine that we would roll up to Iowa of all places. 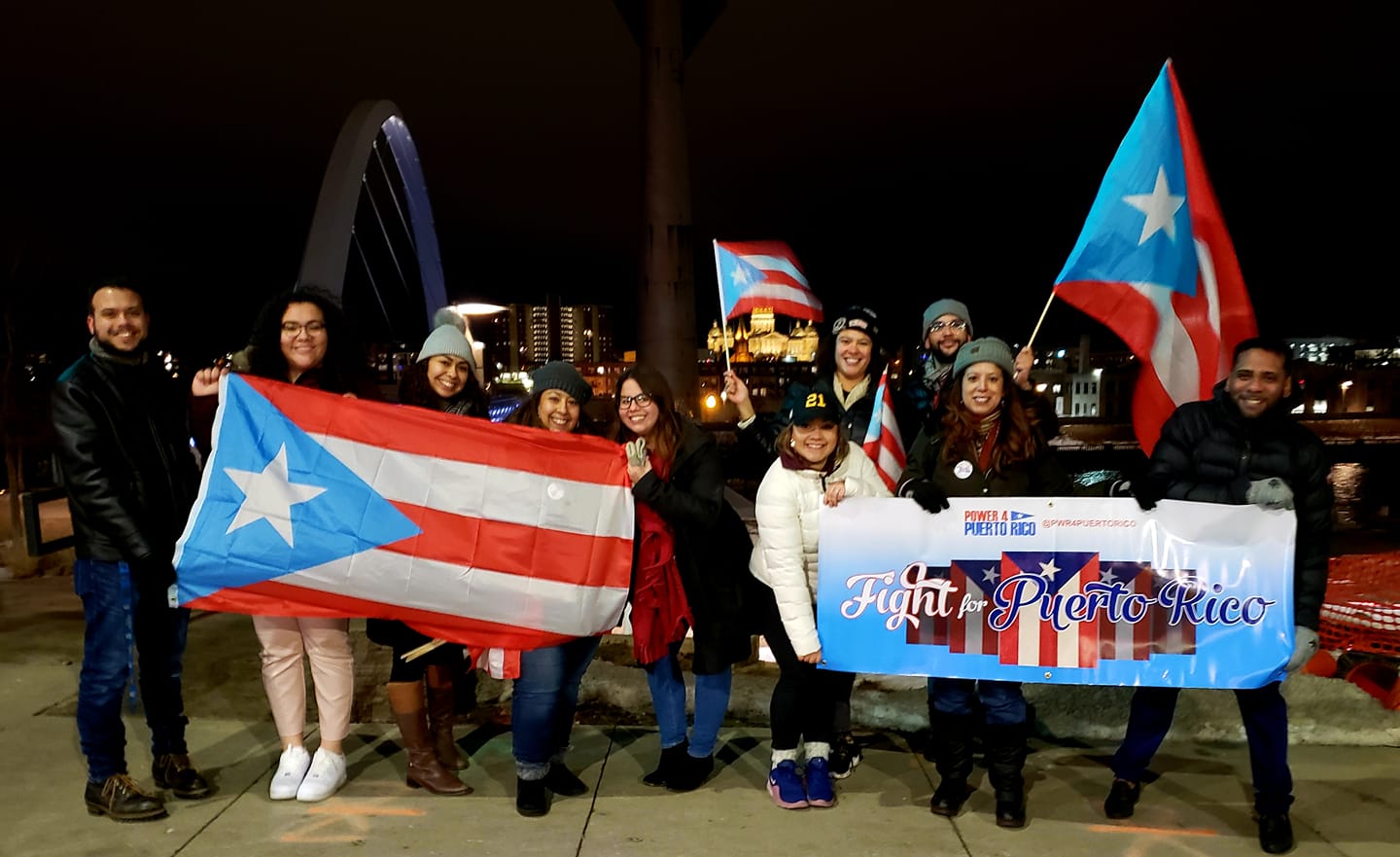 What we would never imagine was the thirst for knowledge about Puerto Rico that the people of Iowa would show—and the sincerity behind the questions they posed.

You see, I had fallen into the trap that a lot of Puerto Ricans have fallen into. We believe that white people in the U.S. —especially the ones living in what is derisively called “flyover country”‚ do not care or are not curious about our lives. I could not have been more wrong, but how could I have known that? I had never visited Iowa. We, as a community, had never visited Iowa. Not even to help Iowans understand our plight. All we needed was to show up.

What struck me the most is that we have more in common with Iowans than we think. Something a lady told Erica González, the Director of Power 4 Puerto Rico, has been stuck inside my head ever since I heard it:

And that’s when it struck me—we are as much a flyover country as Iowa is, especially when it comes to national politics.

Think about it: a hurricane destroyed Puerto Rico, we forced a governor to resign last summer AND we are now getting struck by earthquakes every week. Yet we have not been seriously mentioned in any Democratic presidential debate. Nor has any Republican candidate challenging Trump discussed Puerto Rico. We need to change that, and it starts by showing up.

In just the two days we were in Iowa, we spoke with Joe Walsh, and questioned Pete Buttigieg about his lack of a full plan for Puerto Rico.

.@PeteButtigieg has been aware of #ShowUsYourPRPolicy but hasn't addressed many major issues for #PuertoRico. We brought this to his attention. 1/2#IowaCaucuses pic.twitter.com/gxXCiWOgby

La Fuerza Latina of Drake University invited us to an informational session where we discussed the #ShowUsYourPRPolicy campaign.

We even ate at one of two Puerto Rican restaurants in Des Moines. (The food was delicious). 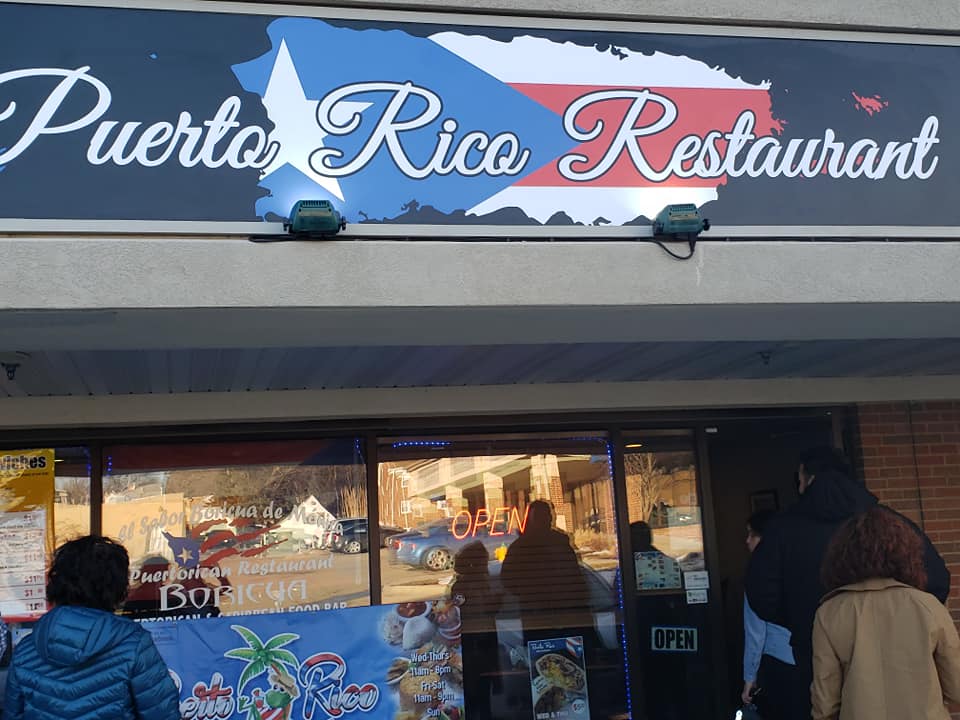 Did I also mention that we handed out 1,000 flyers asking Iowans to #RememberPuertoRico when they caucused?

Or that we partnered with Conprmetidos and PROCAFE to give the people of Iowa the opportunity to drink coffee from Puerto Rico?

None of that would’ve happened if we had stayed home. We as a community can only get so far by engaging the people that live in our traditional enclaves of power (Chicago, NYC, Orlando, and Philadelphia). There’s only one way to change that…

Next week we will be in New Hampshire, and I invite you to join us as we tell presidential candidates: #ShowUsYourPRPolicy. Because if there is something that we learned in Iowa —and that the presidential candidates will have to learn as well— is that there is power in showing up. It’s the least we can do for the thousands of people we lost and the millions of lives at stake.