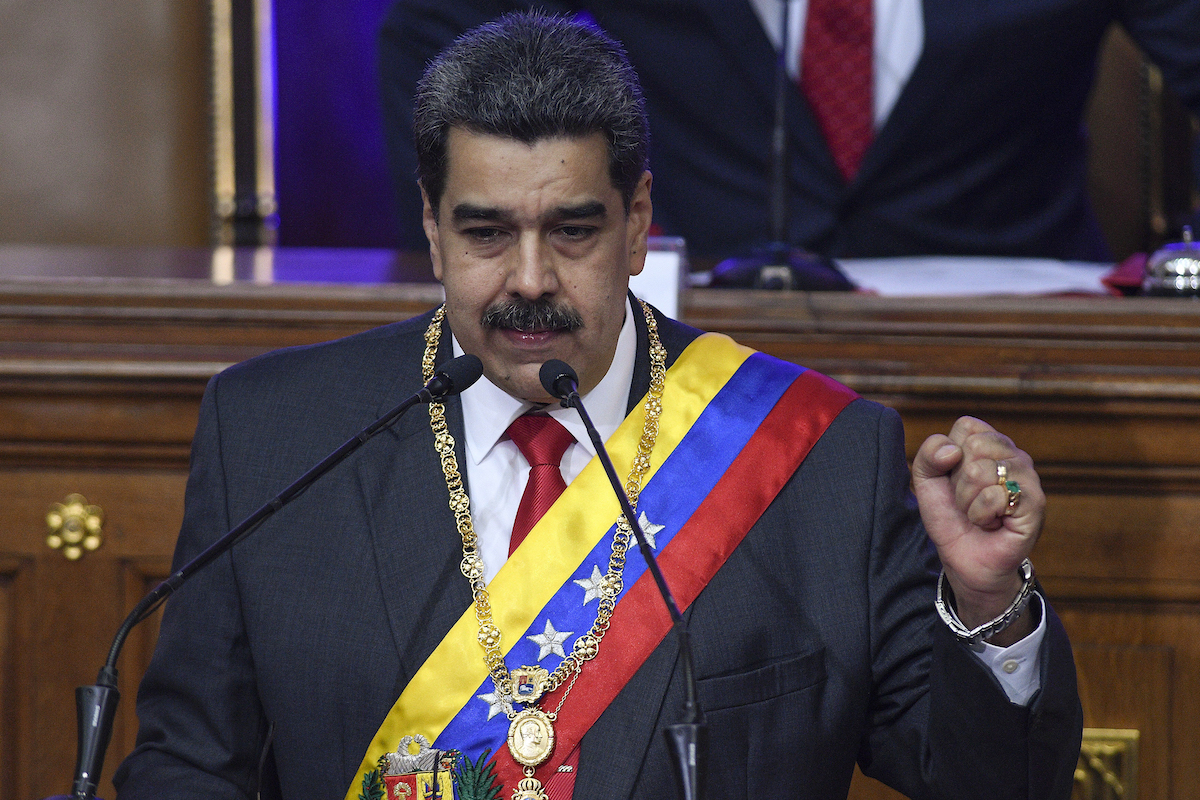 Venezuela’s President Nicolas Maduro gives his annual address to the nation, before members of the Constituent Assembly inside the National Assembly in Caracas, Venezuela, Tuesday, Jan. 14, 2020. (AP Photo/Matias Delacroix)

CARACAS, Venezuela (AP) — Russia’s foreign minister visited Venezuela on Friday in a show of support for President Nicolás Maduro as mounting pressure from Washington threatens to cut off the socialist leader from a key financial ally in Moscow.

Washington earlier this week said that the Trump administration will soon decide whether to impose penalties on Russia’s powerful state oil company Rosneft, an important financial lifeline to Maduro.

The U.S. backs Guaidó, who has been embraced in Washington by Republicans and Democrats. Guaidó is on an international tour that took him to Colombia, across Europe and to Canada, where he rallied support among world leaders.

President Donald Trump reaffirmed his support for Guaidó, recognizing him this week in the State of the Union address as Venezuela’s “true and legitimate” leader and calling Maduro a “tyrant.” Trump next welcomed Guaidó to a coveted Oval Office meeting.

The gesture bolstered Guaidó as support back home fades a year after he rose to the center of Venezuela’s tumultuous political landscape, vowing to oust Maduro and end the oil-rich nation’s political and financial crisis.

The U.S. and nearly 60 nations back Guaidó, saying Maduro claimed victory in unfair elections in 2018. Maduro remains in power with backing from the Venezuelan military and allies including Cuba, China and Turkey.

Russia and Venezuela have a political, military and economic alliance that was cemented years ago between President Vladimir Putin and the late-President Hugo Chávez, Maduro’s predecessor.

The Russians have provided the South American nation with substantial assistance, including an air defense system and help circumventing U.S. sanctions on their oil industry, but insist the extent of their support has been exaggerated by American officials.

Lavrov in a visit Thursday to Mexico City said that Moscow brings no kind of offer that would facilitate an exit by Maduro—something insisted on by Washington.

“We do not bring any proposal. We respect our partners,” he said in response to a question on the matter at a news conference in Mexico City, one of his stops on the trip that took him first to Havana.

Lavrov said there have been “positive advances” in conversations between Venezuela’s government and “opposition forces of patriotic thinking,” but added he expects dialogue will be more “inclusive.”