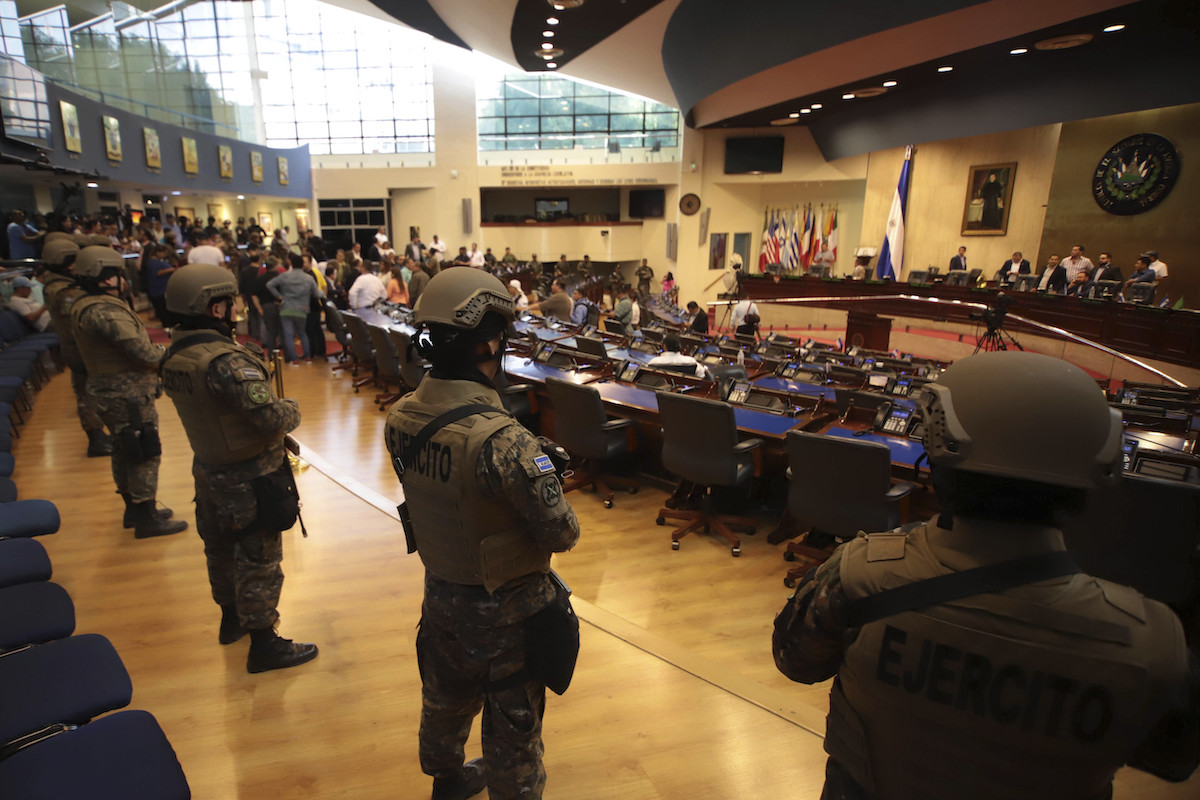 SAN SALVADOR, El Salvador (AP) — Hundreds of supporters of Salvadoran President Nayib Bukele heeded his call to converge on the country’s parliament Sunday after lawmakers refused to gather to vote on a $109 million loan to better equip the country’s security forces, sharply increasing tensions between the leader and the opposition-controlled legislature.

Top commanders of the country’s police and military have expressed allegiance to the president during the standoff, while positioning heavily armed security forces around and inside the legislative building.

Bukele gave an emotional speech to his supporters, who had threatened to remove opposition lawmakers from the legislature by force. But he said that after praying amid soldiers and police, he decided to ask for patience from his supporters and set a deadline of one week for lawmakers to approve the bill.

El Salvador holds municipal and legislative elections on February 21 of next year. 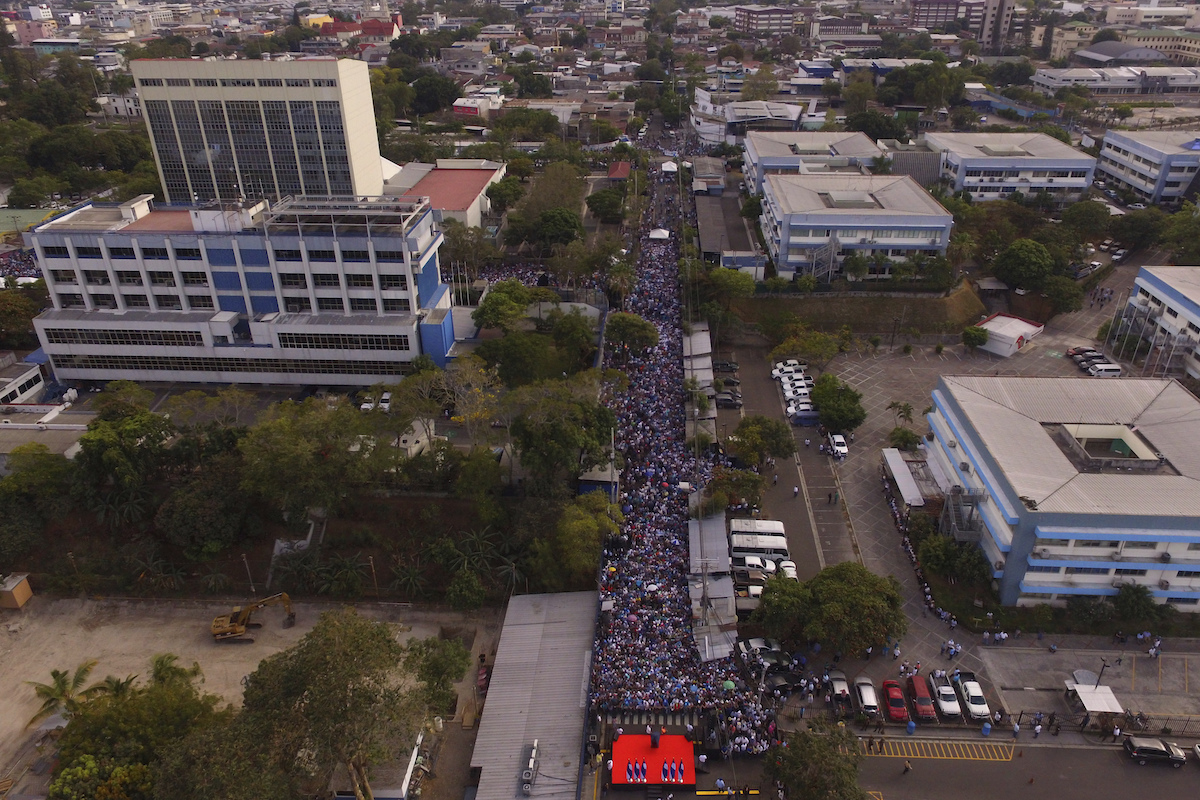 Opposition legislators say they want more details on the spending plan before being called to a vote.

The opposition FMLN party accused Bukele of intimidation and acting like “a dictatorship” for trying to force approval of the loan.

Bukele’s administration says it would use the funds to purchase a helicopter, police cars, uniforms, night vision goggles and other equipment, including a video surveillance system in a country plagued by gangs and high crime. It also says that Cabinet members have explained the plans, and that they are willing to give more details to legislators.

Bukele took office in June with broad popular support. Voters saw the businessman as an outsider who could modernize the country and upset the status quo.

Addressing his supporters, Bukele said polls suggest his New Ideas party would win a majority in the new legislature in 2021’s voting, so there is no need for them to break into it by force now.

“If these scoundrels do not approve (the loan for), the Territorial Control Plan, we will summon them here on Sunday,” setting a week deadline.

Citing El Salvador’s constitution, Bukele’s government had called an extraordinary meeting of the legislative assembly to debate approval of the loan but lawmakers rejected the call, saying it was inadmissible.

In response, Bukele invoked article 87 of the charter that recognizes the people’s right to insurrection, “for the sole purpose of restoring the constitutional order,” and summoned his supporters to the legislature.

The government deployed the police and the military, and since Saturday they have cordoned off the area around the legislative building. The Armed Forces and National Civil Police issued pronouncements stating their loyalty to Bukele.

Meanwhile, the right-wing Nationalist Republican Alliance, which has said it will not vote for the bill, asked the Organization of American States to activate mechanisms to prevent the breakdown of the constitutional order in El Salvador and “act to immediately suspend the self-coup process under way.”

The leftist Farabundo Marti National Liberation Front, or FMLN, issued a statement demanding the president “stop his threats which are typical of a dictatorship.”

The legislative assembly is made up of 84 deputies with 37 from the Nationalist Republican Alliance and 23 from the FMLN, giving them a majority in the body.