An immigration data analysis by Syracuse University’s Transactional Records Access Clearinghouse (TRAC) projects that more than 120,000 individuals will gain some form of deportation relief in 2020. The analysis comes from a data projection that lists the number of determinations by immigration judge regarding Immigration and Customs Enforcement (ICE) removal requests. 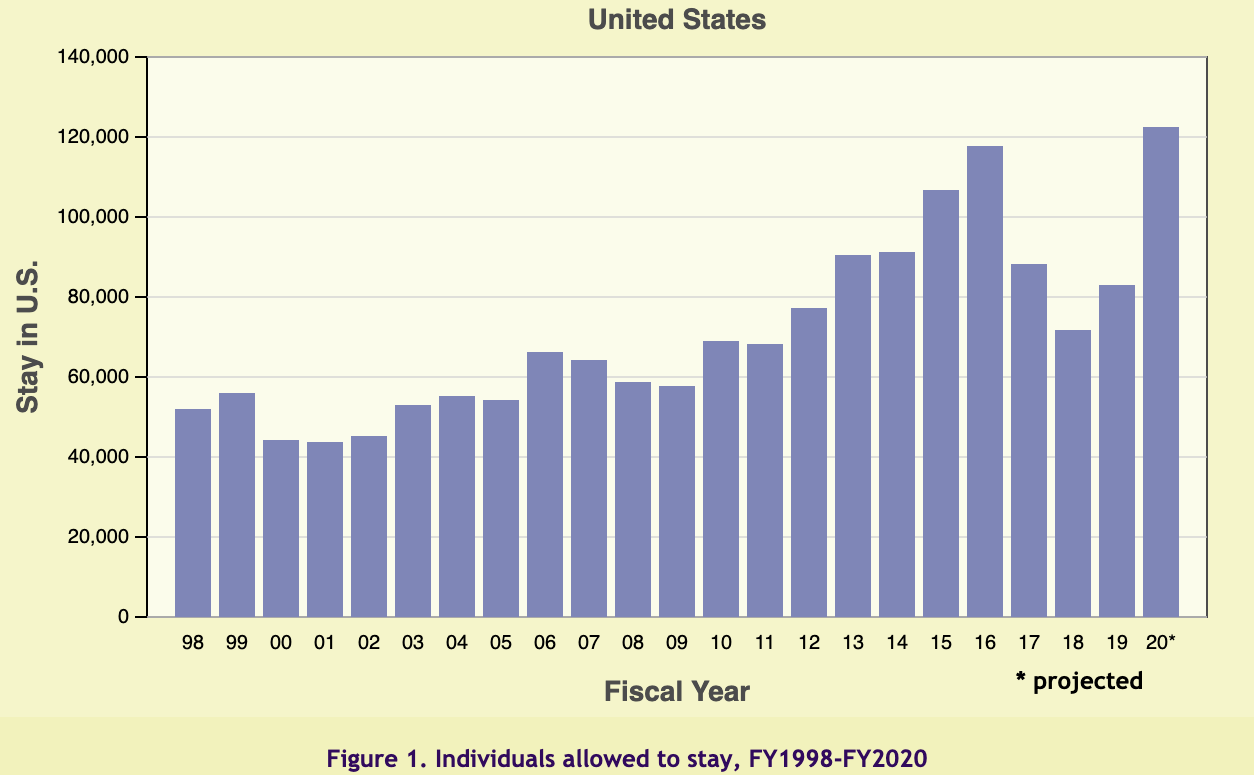 “Examples of reasons why an individual may be allowed to remain in the country include situations where the judge finds the charges against the individual are not sustained (or the government requests that the charges be dropped), as well as where the judge finds other provisions in the immigration law entitle the individual ‘relief’ from removal,” TRAC said in its analysis. “A person also may be allowed to remain because the government requests that the case be administratively closed. These numbers include Immigration Court cases closed through the exercise of ICE’s prosecutorial discretion.”

TRAC also listed the top 10 states and U.S. territories who had the highest proportion of cases that allowed individuals to stay in the country. This is for the current fiscal year. 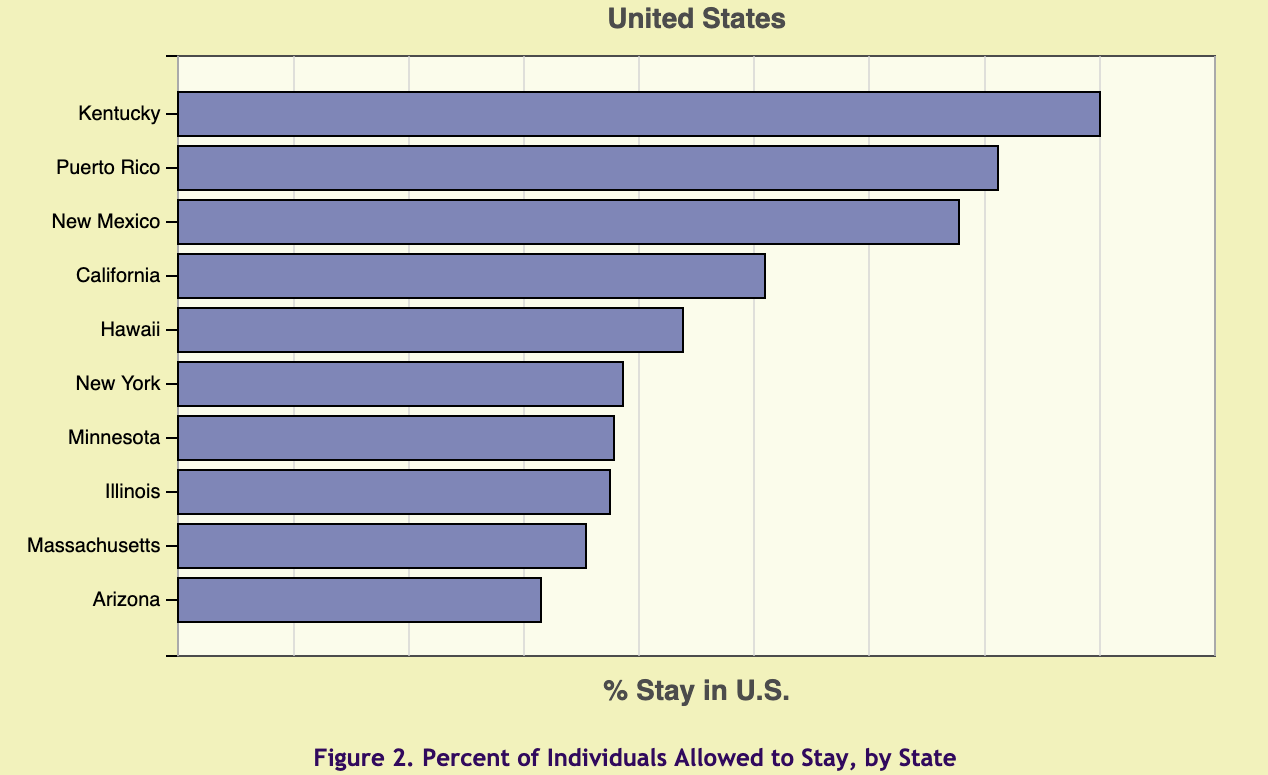 According to its website, TRAC “is a data gathering, data research and data distribution organization at Syracuse University,”

“The purpose of TRAC is to provide the American people —and institutions of oversight such as Congress, news organizations, public interest groups, businesses, scholars and lawyers— with comprehensive information about staffing, spending, and enforcement activities of the federal government,” its website noted.