US, Ecuador Talks at White House a First in Nearly 2 Decades 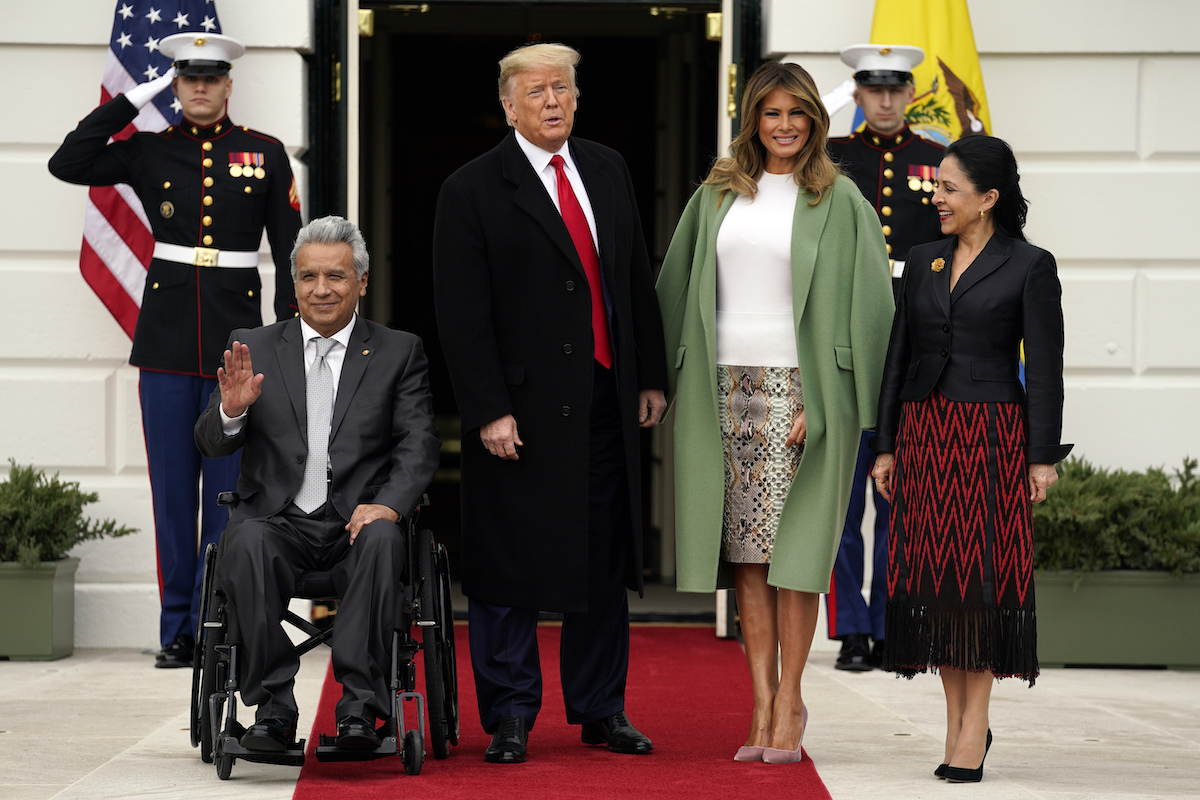 WASHINGTON (AP) — Ecuadorian President Lenín Moreno’s talks at the White House with President Donald Trump on Wednesday marked the first time in nearly two decades that a chief of state from the small South American nation had met in Washington with a U.S. president.

Relations between the two nations deteriorated during the 10 years of leftist Rafael Correa’s presidency in Ecuador, but have been rekindled under Moreno.

Moreno has welcomed U.S. cooperation on security, economic and cultural issues and has joined the U.S. and nearly 60 other nations in backing the Venezuelan opposition leader Juan Guaidó, who is working to oust Venezuela’s president, Nicolás Maduro.

“This is the culmination of a rebirth and reinforcement of the relationship of our country with an important economic and commercial partner,” José Valencia, Ecuador’s minister of foreign affairs, said before the visit.

Ecuador has received $72 million from the United States to assist with the influx of people leaving Venezuela. There currently are nearly 400,000 Venezuelans in Ecuador.

Moreno is at a weak moment of his presidency after nearly two weeks of violent protests last year over his decision to end fuel subsidies. He later retracted that decision and reached an agreement with indigenous leaders to cancel an austerity package backed by the International Monetary Fund. But the economy is still growing at a sluggish pace and Moreno’s approval rating has hovered at around 20 percent.

Associated Christine Armario in Bogotá, Colombia, contributed to this report.