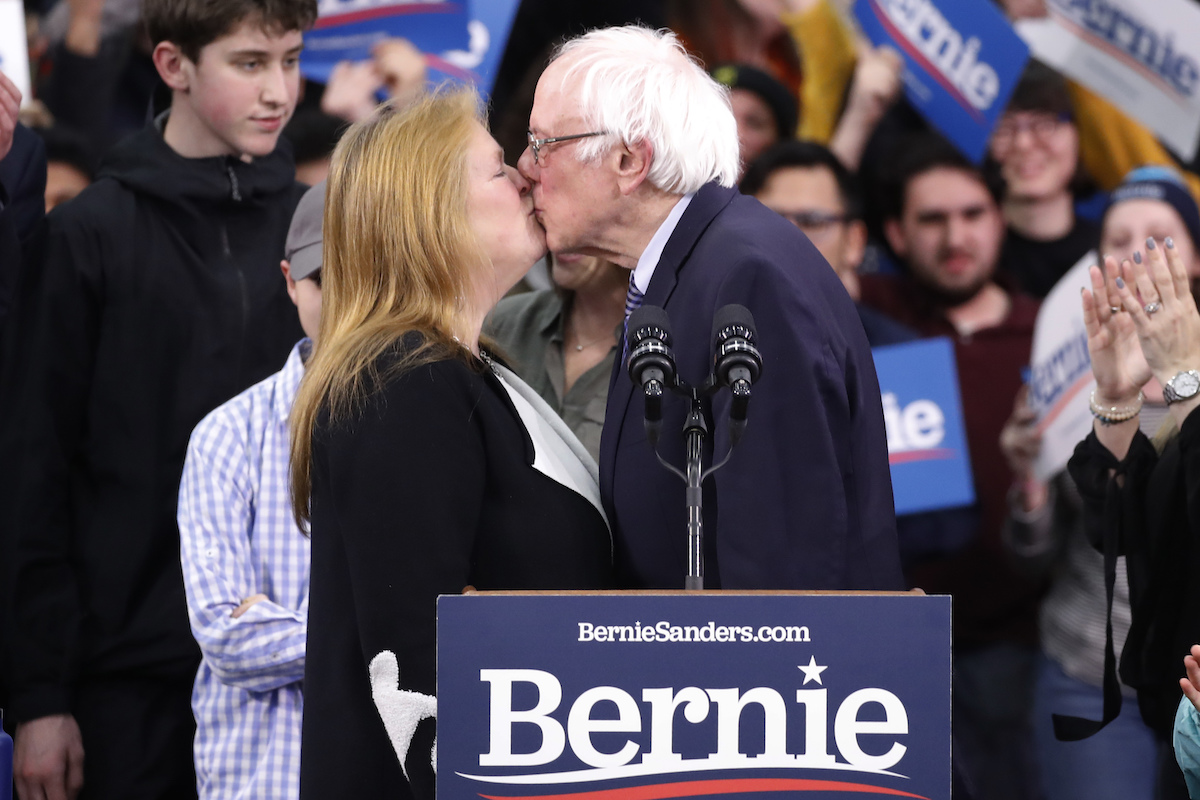 A new report published Thursday morning by technology company Plus 3 said that Democratic presidential candidate Bernie Sanders has raised the most money so far with Latino voters this election cycle. An advance story about this report was first published by NBC News.

“Of the 23 Democratic candidates who entered the race only Bernie Sanders has built a Latino funding base. Quarter after quarter, Sanders has raised on average 9% of his total funding from Latinos. This is very impressive both by share and total amount raised. No other candidate fundraising has even come close,” the Plus 3 report said.

Determination of Latino donors was done by looking at ActBlue Data for the 2019 year-end report and identifying “Latino donors based on their ‘prevalence Latino’ from the Frequently Occurring Surnames in the 2010 Census report,” Plus 3 noted. In other words, Plus 3 used 2010 Census data of the ‘surnames occurring 100 times or more’ list and matched them to ActBlue donations. For example, some of the most common Latino surnames on the Census list were names like Garcia, Rodriguez and Martinez. We know it’s not perfect, but it at least it gives you a good general sense, and we hope that more of this type work gets happens, especially with all its complexities.

The Plus 3 analysis also included a month-by-month breakdown of contributions: 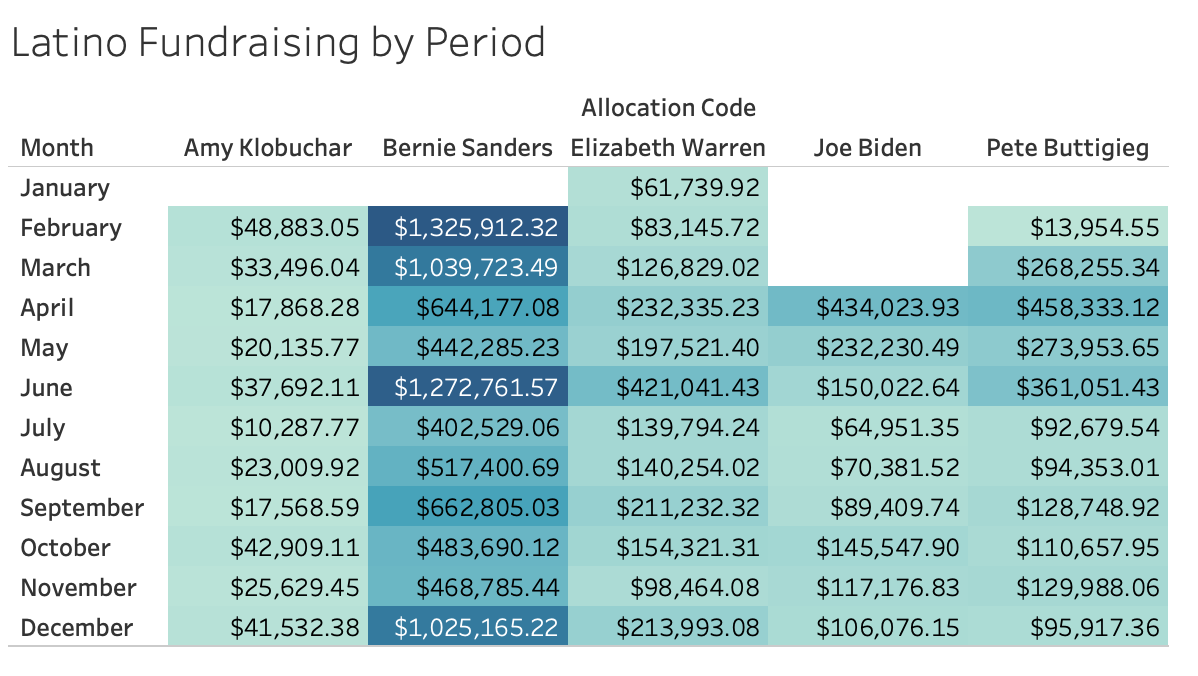 It also added information by states: 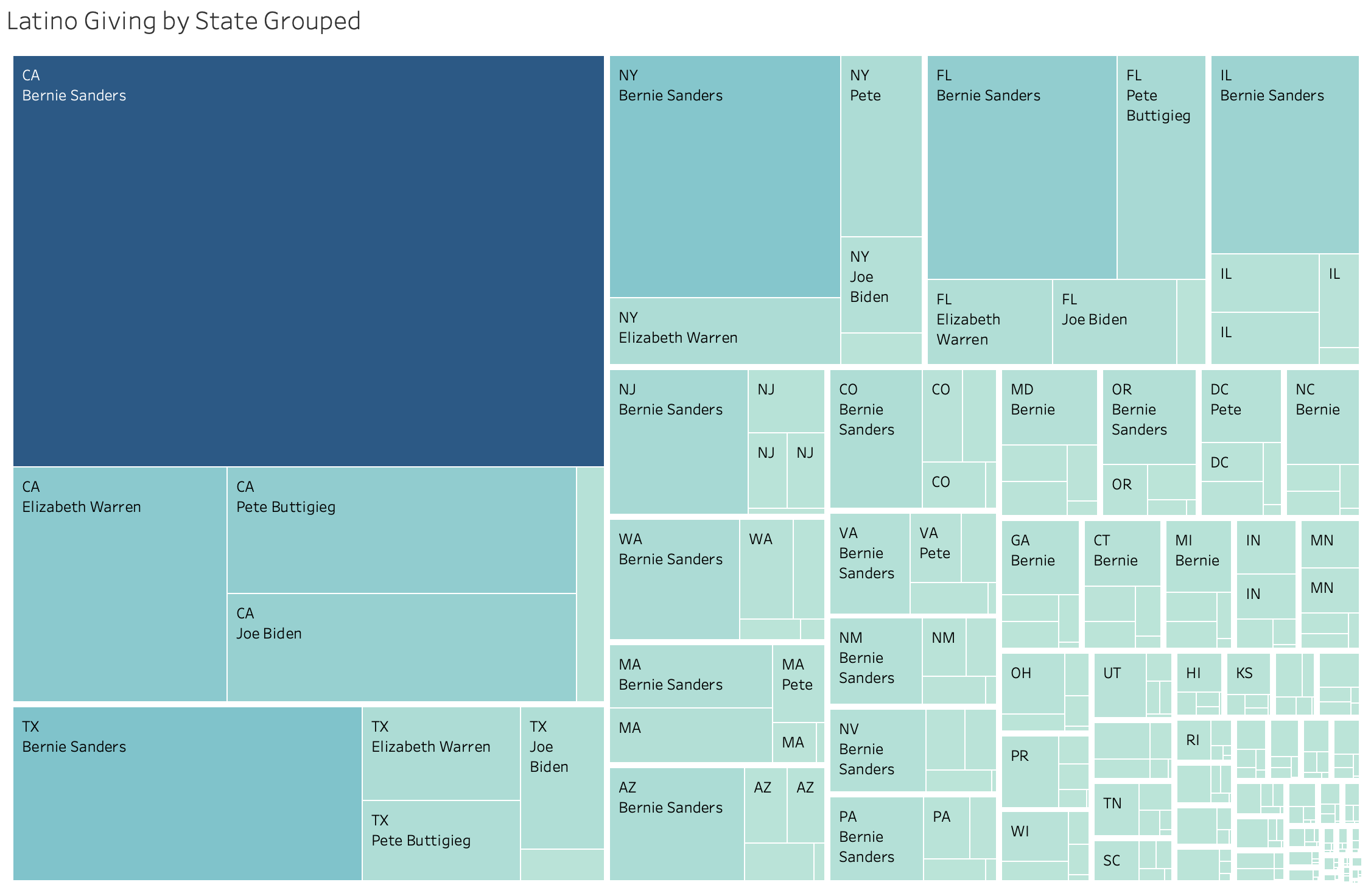 Another chart showed a city breakdown too:

The full report is here.