A new poll of likely Nevada caucusgoers said that Democratic presidential candidate Bernie Sanders earned 66% of voters who identify as Latino. The poll, conducted by Data for Progress, noted that Sanders leads all nominees by 19 points overall. 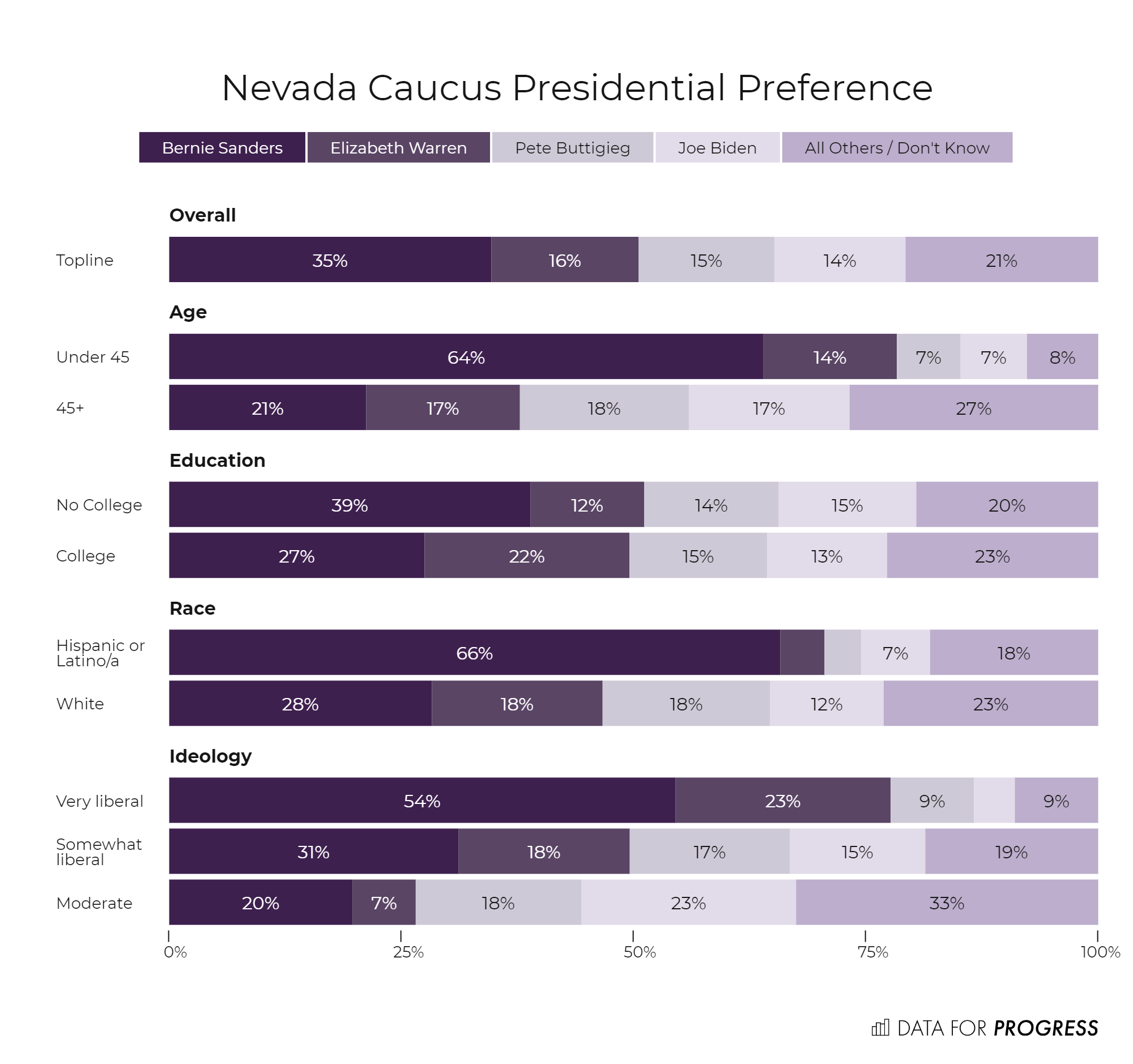 “Data for Progress conducted a poll of 766 likely Nevada caucusgoers from 2/12/2020 through 2/15/2020,” a release about the poll said. “Likely caucusgoers were identified from the Nevada voter file and weighted to a likely electorate. Our margin of error is +/- 3.4 percent.”

“Bernie’s base of support is found both among voters under 45 and Hispanic voters,” the release added. “Among voters under 45, he holds a 50 point lead over Warren who sits in second place with 14 percent. Meanwhile, 66 percent of Hispanic likely caucusgoers back Sanders, with the rest of the field accounting for the remaining 34 percentage points.”

The Data for Progress post also shared crosstabs of the poll.

Although the Data for Progress crosstabs did not share how many of the 766 likely caucusgoers identified as Latino, it did address the issue of subgroups.

“We choose not to display N<50 subgroups because the sample is too small to have statistical significance,” the release said. “We did, however, take samples of these subgroups for representational and weighting purposes to accurately reflect the electorate makeup. Some values may not add up to 100 due to rounding.”

The Nevada Caucus is scheduled for February 22. Early voting began on Saturday and will continue until Tuesday. It is estimated that 26,000 Nevada voters participated in early voting over the weekend. Close to 20% of Nevada’s eligible voters are Latino.