ANALYSIS: Why Joe Biden Should Be Worried About Nevada 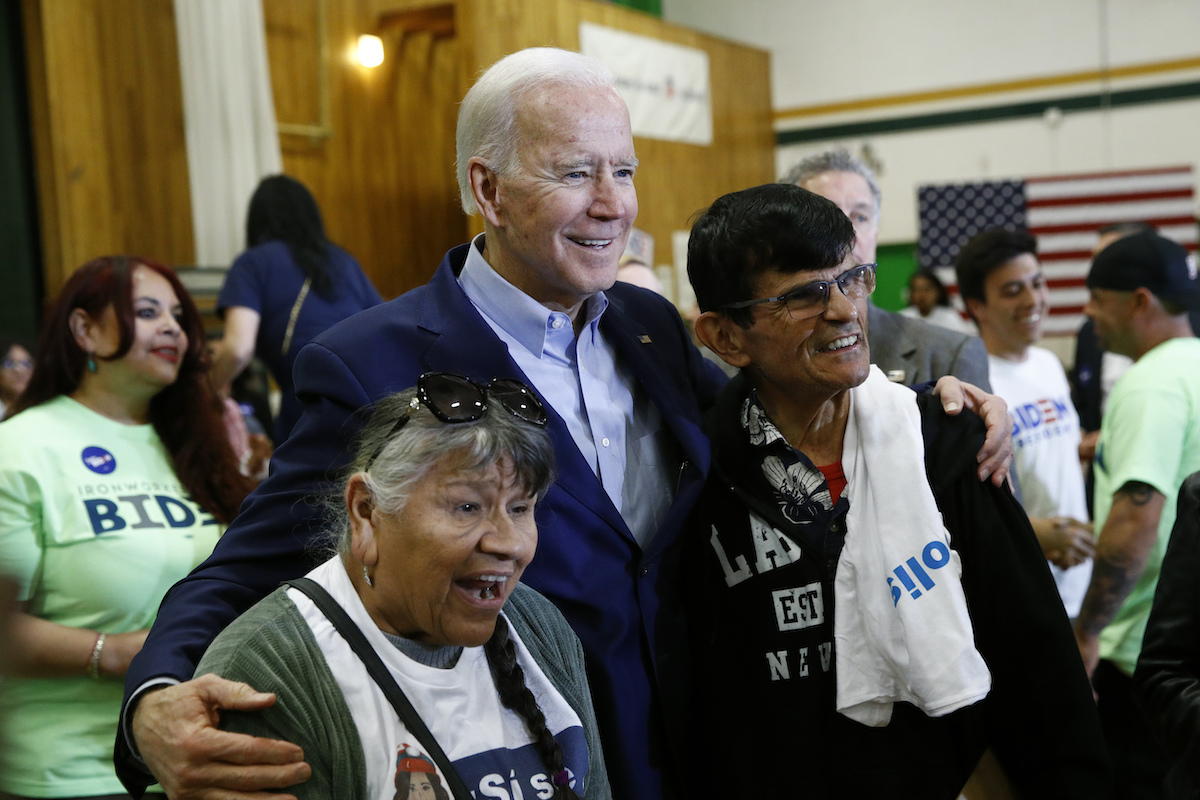 The Nevada caucus provided a much-needed life raft for Hillary Clinton in 2016, but you’d be forgiven if you had forgotten that. The oft-ignored caucus comes after the more popular —and whiter— Iowa and New Hampshire contests, and before South Carolina, whose electorate represents the first opportunity for a large number of Black voters to have their say in helping decide the Democratic nominee. But before Clinton walloped Bernie Sanders in South Carolina last time around, she won decisively in Nevada by 5.5%, in a state seldom reliably-polled, adding to its enigmatic role early in the primary cycle.

The difference for Joe Biden is that he does not have the same organizational strength in Nevada that Clinton enjoyed in 2016. At the time, I wrote that her team completed a 10-month organizing effort that included paid canvassers, 22 full-time staff across 10 offices, and entailed 1,100 one-on-one meetings with constituencies ranging from Latinos and Native Americans to rural Nevadans and veterans before Sanders had even hired a single staffer in the state.

So while in 2016 all you heard about was Clinton’s vaunted field operation in Nevada, this cycle, Elizabeth Warren’s team came out of the gate early, showing up to every event in Clark County with smiles and clipboards. Now, the Sanders organization is seen as strong and his campaign ascendant, but even though some strategists in the state still think Biden can pull it out, no one ever pinpoints his Nevada organization as the reason why.

In fact, Biden’s operation is dwarfed by Sanders, in a state where every veteran operative begins and ends any conversation by repeating that organization is what matters most to succeed in this caucus. Biden’s team told me he has six offices and more than 80 staff, while Sanders team told me they have 13 offices and 250 staff.

Key aspects of the changing electorate could also play a pivotal role in a close contest. Nevada has become reliably blue as its electorate has grown more liberal due to migration from California, with 50,000 people moving from there to Nevada between July 2017 and 2018, according to Census figures—the second highest figure over the last decade. Pew’s Mark Hugo Lopez told me that California migration to Nevada has reliably been 35,000 to 40,000 people every year in recent years.

When it comes to Latino voters (who make up 20% of eligible voters in the state), easy shorthand is that Biden does better with older voters, while Sanders cleans up with younger ones. It’s important to note that 45% of eligible Nevada Latino voters are 18-to-34, Sanders’ sweet spot, and higher than the national average. When I made repeated visits to the state in 2016, Sanders had passionate supporters, but many of the volunteers I met were 15- or 16-years-old. Now, fours years have passed and these volunteers are now new voters. 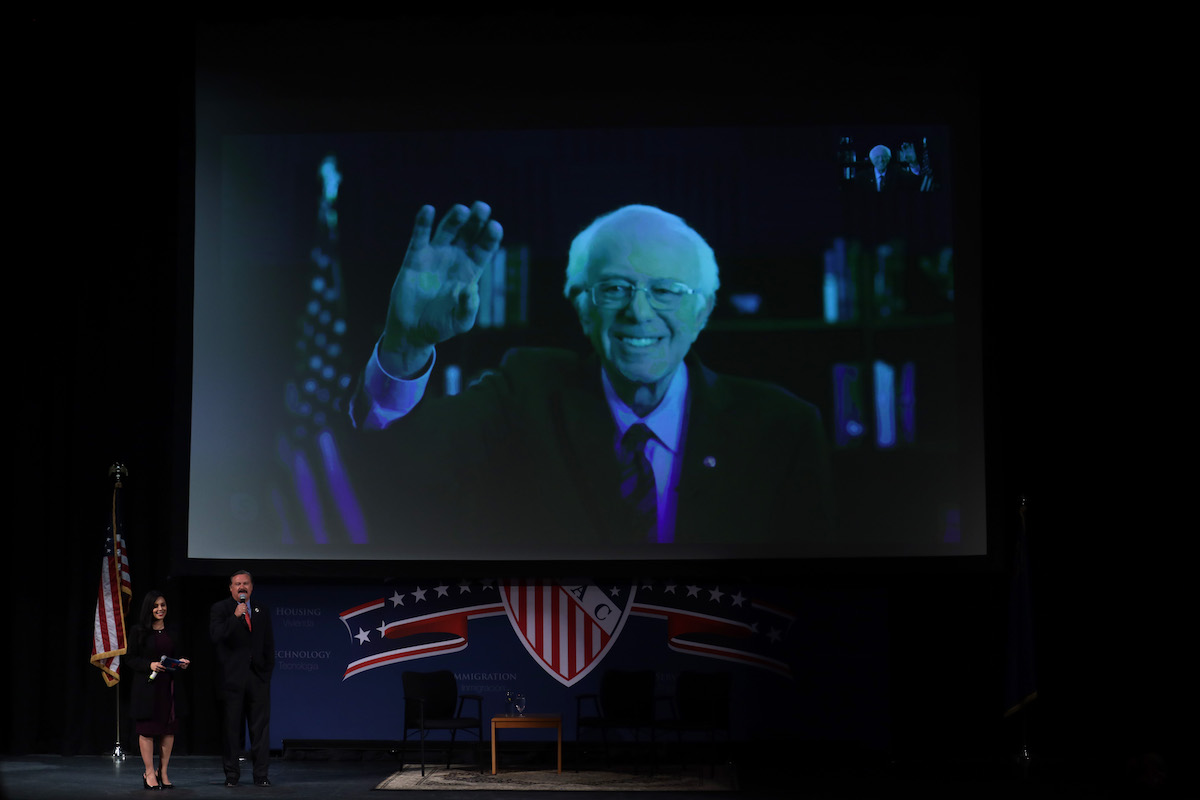 As Jon Ralston —the dean of political journalism in Nevada— told me, “the adults are in charge,” evidenced by Sanders’ muscular operation, which Ralston noted is partly leftover from last cycle. A key Sanders campaign 2016 leftover is senior advisor Chuck Rocha, the architect of the campaign’s ambitious Latino strategy, with a team that includes two Latinas —Susana Cervantes and Liliana Rebolledo— running the state’s field program.

An impressive measure of the commitment to Latino voter engagement and Spanish-language messaging has been, according to the Sanders campaign, to send 16 different pieces of bilingual mail and deliver one million pieces of mail to Latinos over the last seven months up to Valentine’s Day—on topics ranging from Bernie’s immigration story, touting the pivotal Alexandria Ocasio-Cortez endorsement, and health care.

The Sanders campaign also told me they have 76 Latino staff in Nevada. Biden’s campaign has Jennifer Sosa running their program on the ground, but would only say their staff includes “a significant number of individuals who are Latino and speak Spanish fluently” when asked for a specific Latino staff number. Both campaigns told me they’re doing crucial Spanish-language caucus training ahead of February 22, with the Sanders campaign adding that they’ve been doing it for six months.

Even last week was instructive. Sanders drew the ire of the powerful Culinary Union in Nevada, which provided its members with a handout informing them that his Medicare for All policy would take away their hard-fought union negotiated health care, which caused a stir. But ultimately the group decided not to make an endorsement, one Biden was the favorite to get as late as January, another blow to his campaign.

Ultimately, Nevada is the type of state that will reward you if you cultivate and organize its voters, and it’s unclear if Biden truly understands this final point. Even before he limped to a fifth place defeat in New Hampshire, Biden skipped town to head to the diverse state his campaign is prioritizing: South Carolina —not Nevada— for a “launch party.”

After Iowa, the Biden campaign and allies remained confident he would squeeze out a Nevada win because the state’s electorate still favors him; naming rural, union, and Latino voters as perceived strengths, but their campaign manager Greg Schultz was telling Democrats Biden would win Iowa a week before the disastrous caucus. Two weeks later, the campaign line is that Biden will come in second. But make no mistake, If Biden comes in second or third it will be a disappointment, and in spite of advantages with the electorate he shared with Clinton when the primary began, but has squandered.

Biden-world believes South Carolina is a firewall, a desperately needed opportunity to rack up delegates, but privately understand Nevada could make or break him.

As a Biden advisor matter of factly told me, “Nevada will change the trajectory of the race, and if it doesn’t, it’s over.”

Adrian Carrasquillo is an editor and reporter at Mediaite. He has covered national politics and Latino issues for a decade, writing for NBC News, BuzzFeed, POLITICO magazine, New Republic, and Texas Monthly. He tweets from @Carrasquillo.

One response to “ANALYSIS: Why Joe Biden Should Be Worried About Nevada”