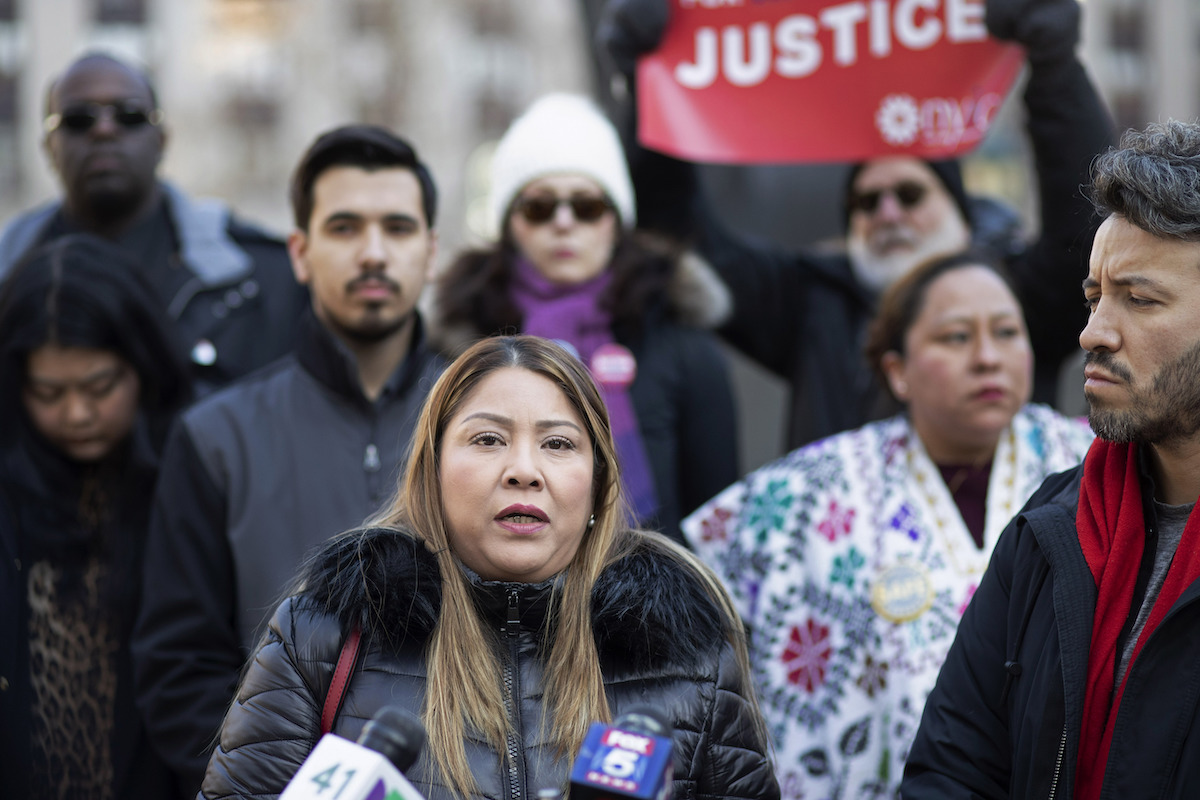 NEW YORK (AP) — The mother of a Mexican municipal worker who was shot in the face by a U.S. Immigration and Customs Enforcement officer said on Friday that she wants justice and the federal agent to be held accountable for what he did.

Carmen Cruz spoke at a news conference, along with several activists, to denounce the violence against her son, Erick Díaz Cruz, who was on vacation visiting her in Brooklyn on February 6 when he was shot by an agent who was trying to arrest Díaz Cruz’s mother’s companion.

“Those people shot him to kill him. It’s a miracle that my son is alive,” said Cruz, who demanded an investigation of the shooting and the release of her companion, Gaspar Avendaño-Hernández, who is in the immigration agency’s custody.

Díaz Cruz, who is still in New York, filed a lawsuit in federal court this week against the unnamed agent, claiming he suffered excruciating pain, has limited vision in his left eye and cannot use his left arm. The 26-year-old Mexican, who works as an assistant to the mayor of the Mexican city of Martínez de la Torre, in the state of Veracruz, said the agent’s bullet tore through his left hand, entered his left cheek and remains lodged in his neck because surgery to remove it would be too risky. According to the lawsuit, he will require “countless more medical interventions.”

During the incident, Avendaño-Hernández was arrested, accused of being in the U.S. unlawfully. Cruz said she found out Friday that he was denied asylum.

“For me, that is sad news. I need federal leaders to support Gaspar now so that he can be released,” she told reporters.

Cruz and activists from groups like Young Progressives of America, Immigration Advocates Network and Sunset Park ICE Watch asked for New York Attorney General Leticia James to investigate the shooting and demanded that New York’s representatives in Congress support a parole application for Avendaño-Hernández. A request for comment was sent to James’ office.

An spokeswoman for the immigration agency said she wouldn’t comment on the news conference but pointed out that the shooting is being investigated by the Department of Homeland Security Office of Inspector General and that the agency is fully cooperating with that investigation.

On February 6 the agency spokeswoman said that a Fugitive Operations Team discharged at least one firearm when officers were physically attacked while attempting to arrest Avendaño-Hernández, a twice-removed immigrant with a 2011 assault conviction in New York City.

Officials also said that Avendaño-Hernández was arrested by New York City police February 3 for possession of a forged instrument. He was released from local custody before the federal agency could lodge an immigration detainer. The agency said that this forced its officers to locate him in the streets of New York.

The shooting comes amid an ongoing dispute between President Donald Trump’s administration and New York City over its so-called sanctuary policies. ICE has expressed frustration that the city does not honor the vast majority of its immigration detainer requests. 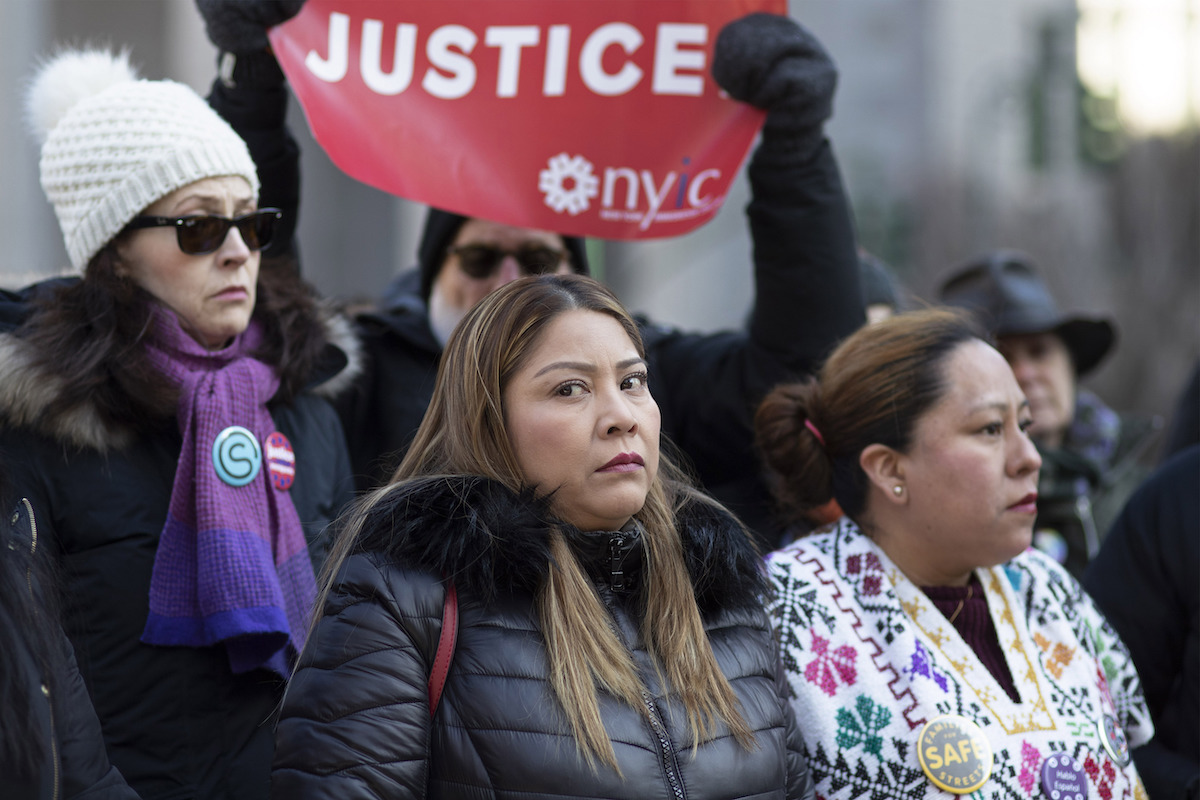 Democratic New York Mayor Bill de Blasio has said his administration complies with detainer requests for defendants who have been convicted of a violent or serious felony.

In his lawsuit, Díaz Cruz alleges that at the time of the shooting neither he nor Avendaño-Hernández was armed. He says he was on a two-week vacation with his girlfriend, visiting his mother and brother in Brooklyn, and that he had traveled on a valid tourist visa. He spent five days in a New York hospital.

“He is recovering slowly,” Cruz said. “He needs medical treatment and for the moment he can’t return to Mexico.”