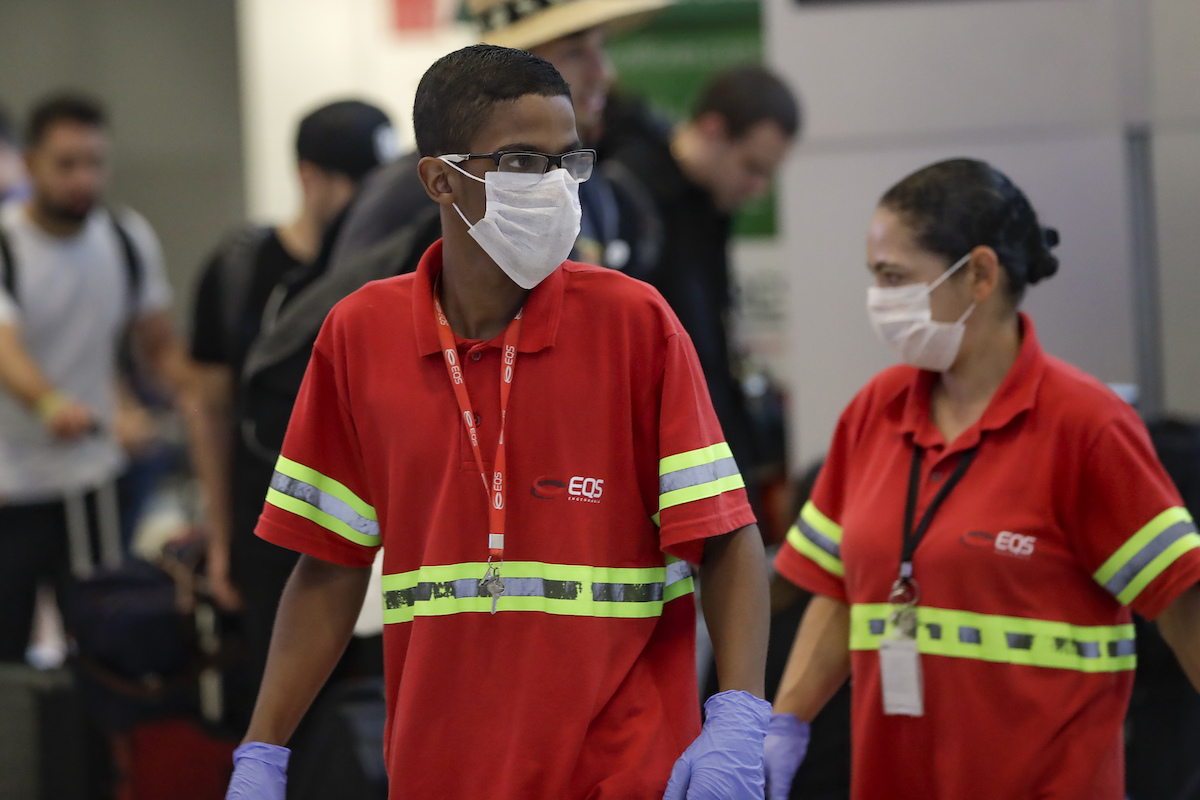 Airport employees wear masks as a precaution against the spread of the new coronavirus COVID-19 as they work at the Sao Paulo International Airport in Sao Paulo, Brazil, Wednesday, February 26, 2020. (AP Photo/Andre Penner)

“We will now see how this virus behaves in a tropical country in the middle of summer, how its behavior pattern will be,” Brazil’s Health Minister Luiz Henrique Mandetta said in a press conference.

The Brazilian man spent two weeks in northern Italy’s Lombardy region on a work trip, where he contracted the contagious virus, the health ministry said.

Authorities had already said Tuesday evening that a first laboratory test for the COVID-19 virus had a positive result, and were waiting for a second test to confirm.

Since the virus began to spread throughout the world from China, Brazil and other countries in the region have registered dozens of suspected cases, all of which previously had been discarded following tests.

According to the Health Ministry, the man began to show symptoms compatible with the illness, such as a dry cough, throat pain and flu symptoms. Lombardy is the epicenter of the outbreak in Italy, and there have been hundreds of confirmed cases there as well as several deaths.

Sao Paulo’s Albert Einstein Institute, where the man received medical attention, carried out respiratory tests, and the Adolfo Lutz Institute in the same city carried out the subsequent test confirming the virus The man was in stable condition and in isolation at home in Sao Paulo.

Brazil’s national health agency Anvisa has been working to map all contact the man had with other people in the hospital, at home, and on the plane returning to Brazil. Yesterday Anvisa requested the flight manifest to investigate other possible cases.

Due to the spread of the virus worldwide, Brazil adopted the preventative measure of broadening its critieria for analysis of suspected cases on Monday. The Health Ministry had determined that people with fever and flu symptoms returning from Italy and six other countries should be considered suspected cases. Those countries are Germany, France, Australia, Malaysia, the United Arab Emirates, and the Philippines.