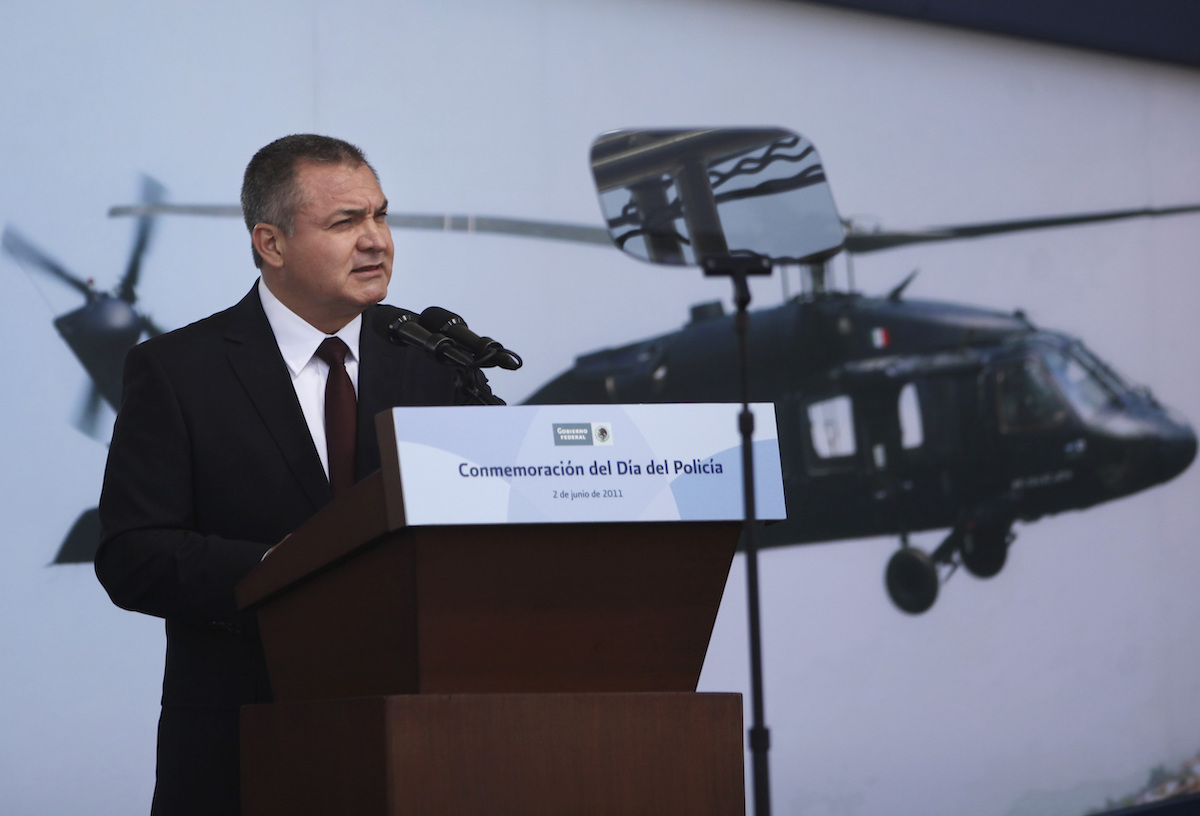 “The strength of the government’s case has only increased” since a grand jury indicted Genaro García Luna last year on charges he conspired to traffic cocaine and made false statements, prosecutors wrote in court filings.

Prosecutors wrote they have additional witnesses that will testify García Luna “agreed to assist the Sinaloa Cartel in exchange for millions of dollars in bribes.”

The testimony is corroborated, the government said, by newly discovered financial records that show García Luna had been living off those bribes since moving to the United States with his family several years ago.

García Luna denies the charges and says he intends to fight them at his New York City trial. His defense attorney, César de Castro, has said the case is built upon the discredited —and self-serving— accounts of drug traffickers.

The new details came as prosecutors asked a federal magistrate in Brooklyn to reject García Luna’s request to be released on $1 million bond while awaiting trial.

De Castro argued it would be “nearly impossible” for García Luna to flee the United States, saying he also is under investigation in Mexico and would be arrested upon entering that country. García Luna has surrendered his passport, he added.

“The government comes in and says he’s a flight risk because he’s Mexican and has access to corrupt Mexican officials,” de Castro said. “He is not a flight risk.”

Prosecutors countered that García Luna has “every incentive” to flee prosecution, saying he faces a mandatory minimum of 10 years behind bars on each of three conspiracy counts. “This incentive is only further amplified by the strength of the government’s evidence in this case,” they wrote.

U.S. Magistrate Judge Robert M. Levy did not rule out the possibility of García Luna being released on bond, but said he wants to know more about the sureties who would be on the hook financially should he abscond before trial.

García Luna is accused of accepting tens of millions of dollars in bribes —often stuffed in briefcases full of cash— to shield the Sinaloa cartel from law enforcement.

Guzmán was sentenced to life in prison last year after a jury convicted him in a massive drug conspiracy involving murder and mayhem.

The cartel shipped multi-ton drug loads to New York and other American cities, including the federal district covering Brooklyn and Queens, prosecutors say.

García Luna, who lived in Miami before being charged, led Mexico’s Federal Investigation Agency from 2001 to 2005, and from 2006 to 2012 served as Mexico’s secretary of public security.