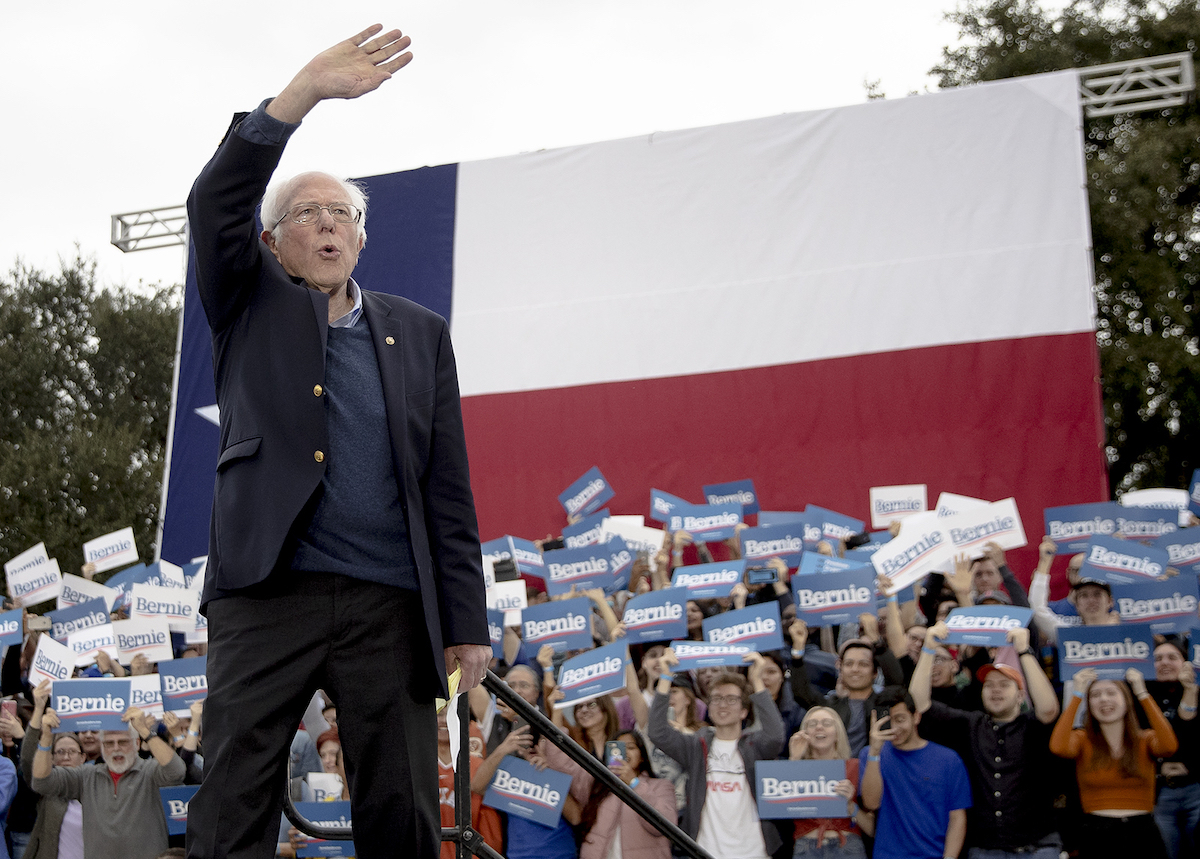 By PAUL J. WEBER and WILL WEISSERT, Associated Press

For a change, Texas matters in picking a presidential nominee.

As more than a dozen states go to the polls next week, Texas is looming as both a major prize and a daunting proposition for many of the Democrats vying to take on President Donald Trump. The red state with the growing blue streak is too big to ignore, especially for a party that sees it as a future game-changer in presidential and congressional politics. But it’s also too big to win without a serious investment of time and cash. That’s left the candidates with the biggest bank accounts with a clear advantage—and many others struggling to find ways to make a dent.

“It’s not a matter of will. It’s a matter of having the means,” said Matt Angle, a longtime Democratic strategist in Texas. “Texas is a very, very expensive state to compete in.”

Like their Californian counterparts, Texas Democrats have long grumbled that their presidential candidates show up only to raise money. Texans add to that complaint that the party’s top candidates rarely bother to hunt for votes in such a deep-red state. Their party hasn’t won a statewide office since 1994, the nation’s longest political losing streak, despite dominating the largest cities since first flipping Dallas in 2006.

By 2018, though, Democrats swept every top office on the ballot in Harris County, home to Houston and more people than the states of Iowa and New Hampshire  —which led off the presidential primary— combined. The party now has a chance to take control of the Texas House in November and is vying to pick up the four congressional seats being vacated by retiring Republicans. Some Democrats believe the state’s 38 electoral votes —and a new path to the White House— aren’t too far out of reach.

The state party has tried to build on its momentum by commanding more attention from the 2020 field. But efforts to organize a forum of presidential candidates fizzled because it was difficult to get those running to commit while their attention was on Iowa and New Hampshire, said Gilberto Hinojosa, chairman of the Texas Democratic Party. He said the episode renewed his belief that the Democratic National Committee should change the order of the early primaries.

The candidates are coming now —with little time to spare. Sanders barnstormed across the state last weekend, drawing thousands to a rally in liberal Austin. Bloomberg is returning to Houston on Thursday, Pete Buttigieg, ex-mayor of South Bend, Indiana, will be in Dallas and Warren, a Massachusetts senator, is hitting San Antonio with its former mayor, Julián Castro, hoping the former presidential rival can give her flagging campaign a boost in his hometown. 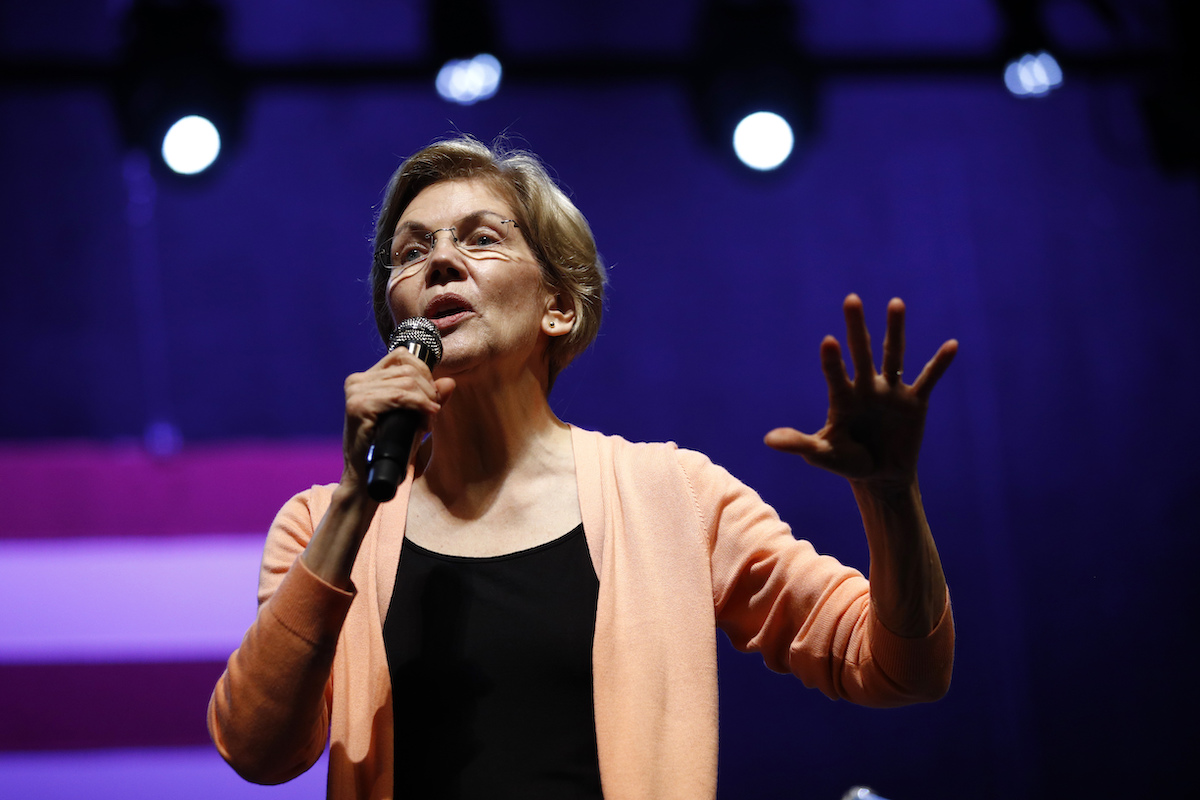 Other than fundraisers and a September debate in Houston, Biden, the former vice president whose fundraising has been hurt by his poor showing in early states, has campaigned little in the state. The same goes for Minnesota Sen. Amy Klobuchar, though she announced Monday that at least some of a new $4.2 million TV ad buy will be spent in Texas.

“It’s just a new phenomena for Texas,” Hinojosa said. “I see a Bernie campaign ad every day. And I never watch TV.”

During his last run for president, in 2016, Sanders, a self-described democratic socialist, was trounced here, losing 3 to 1 to Hillary Clinton in the Democratic primary.

But suddenly Sanders, who has shot to the front of the pack, sees Texas as winnable. The Brooklyn-born Vermonter channeled his inner cowboy at a rally in Dallas on Sunday, confessing he’d never been to a rodeo in his life but saying he’d shoveled plenty of cow droppings in Washington as a senator. While visiting San Antonio, he spoke at a dance hall featuring a mechanical bull and was introduced by the band Piñata Protest, which modified the lyrics of the 1990s hit “Hey Baby, Qué Pasó?” — known as the city’s unofficial national anthem — to “Hey Bernie, Qué Pasó?”

Texas is home to 5.6 million Hispanics eligible to vote in the 2020 election, according to the Pew Research Center, second in the nation behind only California’s 7.9 million. But both states are about equal in having Hispanics make up roughly 30% of their eligible voters. After struggling to win over minority voters in 2016, Sanders has made a deliberate push to appeal to Hispanics this cycle. The effort appeared to pay off in Nevada, which he won handily.

Warren, who has prided herself on building a national organization faster than any other presidential candidate, opened her first Texas field office last winter and now has four, featuring 60-plus staffers. She’s spending nearly $400,000 in television ads that have aired in six TV markets statewide.

That’s nothing compared to Bloomberg, who has spent more than $100 million on the airwaves combined in Texas and California. His operation in Texas is a juggernaut that has zeroed in on big cities, including Houston, where the billionaire has focused on outreach to black voters and again apologized this month for the controversial “stop-and-frisk” police strategy he embraced as New York mayor.

“I think that there are people who could be Trump-Bernie voters, potentially, from one cycle to the next,” said Heather Kennedy, 32, who lives outside Austin and is backing Warren. “I don’t know. It’s just too hard for me to see into the future what Texans are going to do. We’re so independent-minded that you never know.”