In this Sept. 17, 2019, file photo, a Mexican immigration officer gives instructions to migrants who are applying for asylum in U.S. as they wait on International Bridge 1 as they prepare to leave Nuevo Laredo, Mexico, and enter Laredo, Texas. (AP Photo/Fernando Llano, File)

My Nana immigrated from England to the U.S. via Canada when she was 8 years old. She settled with her family, and my citizenship was one result. But if she had come today across the U.S.-Mexico border, under the Trump Administration’s new policies, she could have been subjected to newly implemented, unreliable DNA testing—a biologic litmus test of her family ties.

My Nana entered the U.S. in 1930. Ten years later in the 1940 census, Joan, her twin sister Betty and their older sister Iris are reported as living in New Jersey as nieces in a household headed by a man who is not their father and my family knows as their uncle. Their mother’s name does not appear in the Census as part of their household. Families are complicated and have complex histories, but they are still family.

Would all the children in your family (or extended family) pass the biological litmus test?

When did your family come to the U.S.? Did they have to prove their family relationship? How did they become citizens? Would they be able to meet the restrictive policies and navigate the increasingly punitively nonsensical immigration system we observe today?

The administration claims that DNA testing of families entering the U.S. is to protect children from trafficking. We should be skeptical of this claim. Family and caregiving relationships cannot be reduced to a parental genetic relationship.

Think of all the families you know. Over a million families in the U.S. include adopted children. In the U.S., 16% of children live in a blended family and 7.8 million children live with grandparents or other kin who are the head of household. This new level of DNA testing builds on an existing policy in place that separated children from their caregivers. Since 2002, immigrant children who entered the U.S. with a caregiver who was not their parent or legal guardian were treated as unaccompanied and then placed in the child detention system. 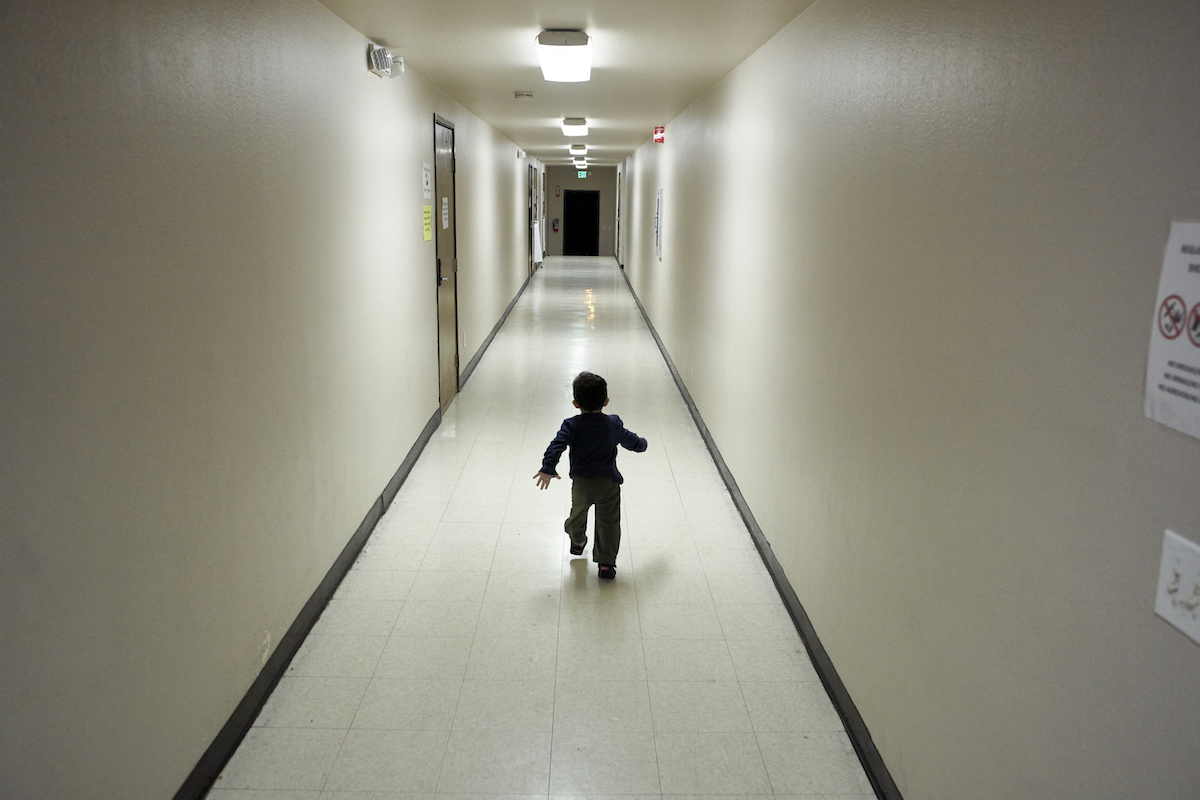 In this Dec. 11, 2018 file photo, an asylum-seeking boy from Central America runs down a hallway after arriving from an immigration detention center to a shelter in San Diego. (AP Photo/Gregory Bull, File)

What if the negative result were due to the 36% error rate? Or if because the parent tested were a step-parent? Or a parent who may not know they aren’t the biological parent of their child? Or the child was adopted? This data in no way should be interpreted as a finding that a child was unsafe or that a family was “fraudulent.”

Third, if DHS took children’s safety seriously, they would use the system of humanitarian parole to permit entry to all families, parents, caregivers, children, into the U.S. where they can pursue their immigration process together.

Separating a child from their primary caregiver, regardless of if that caregiver is their biological parent or not, causes trauma. It is better for the child to remain with their caregiver than to separate a child and place them into the child detention system—which has known failures to protect their safety. These children are treated as “unaccompanied” and may end up without an adult or legal representation in court proceedings and deported: all without their primary caregiver.

My maternal grandparents were citizens by birth; their parents likely immigrated during the height of European migration in the mid to late 1800s. They might have passed a DNA test, but they would never have been asked to submit to one. Until 1924 there were very few immigration restrictions, and because my family were from England and Germany they wouldn’t have been targeted by the U.S.’s racist country of origin exclusions (e.g., Chinese Exclusion Act, 1882). They also were not targeted by the restrictive quotas in the 1924 Immigration Act which was informed by the pseudo-science of Eugenics, the harmful and racist belief system that some people are biologically superior to others based on their country of origin or race.

Bryna Koch, MPH is a Doctoral candidate at the University of Arizona, where she studies the intersection of public health and immigration. She is a Public Voices Fellow with The OpEd Project.