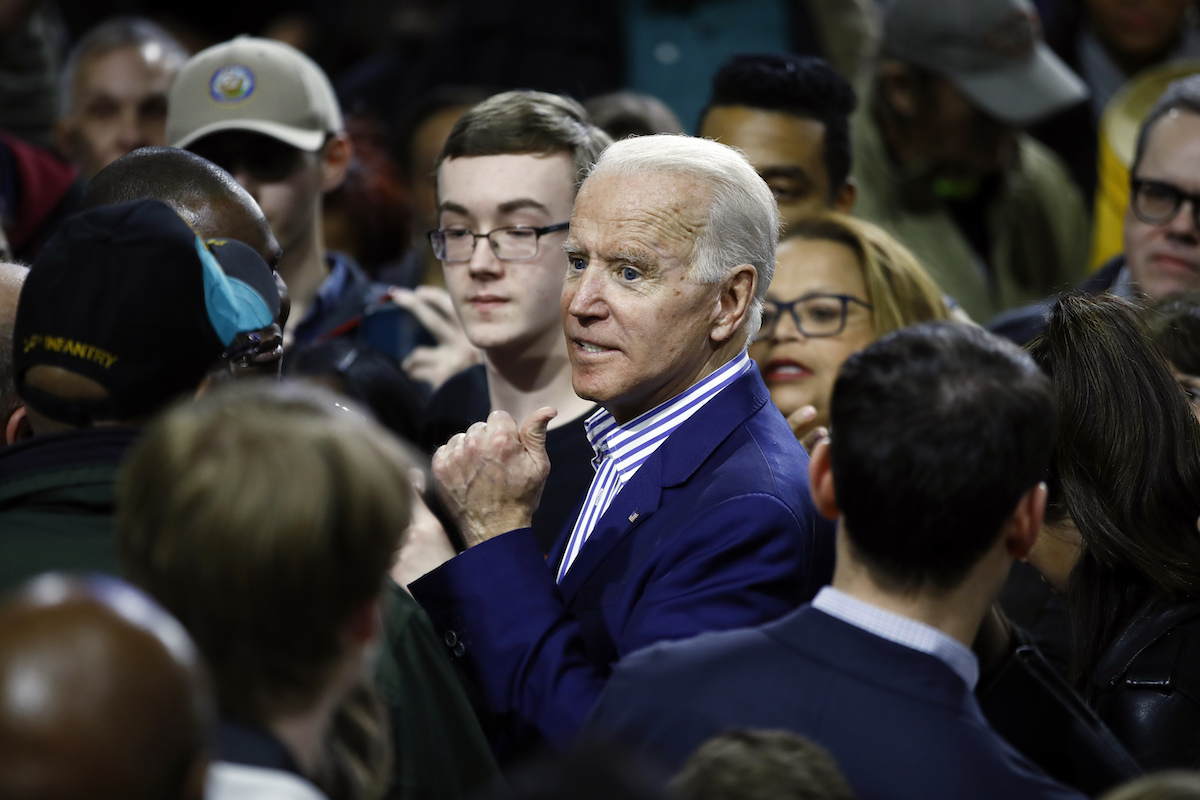 COLUMBIA, S.C. (AP) — The Democrats’ 2020 nominating fight turned to South Carolina on Saturday for the first-in-the-South primary, with Joe Biden confident that his popularity with black voters will seal him a victory and help blunt some of front-runner Bernie Sanders’ momentum.

Voting appeared to be moving smoothly after polls opened across the state at 7 a.m. They close at 7 p.m.

The primary stands as the first marker on a critical four-day stretch that will help determine whether the party rallies behind Sanders or embraces a longer and uglier slog that could carry on until the national convention.

“Only two things are going to happen: either Bernie or brokered,” said James Carville, a veteran Democratic strategist.

Carville is uncomfortable with a Sanders nomination but fears that a brokered convention —in which party bosses or delegates in floor fights and negotiations decide the nominee after no candidate amasses enough delegates in the primary— would inflict serious damage on the party, as well. “It’s just hard for me to see beyond the two options,” he said.

In Saturday’s primary, Biden and his establishment allies hope to slow Sanders’ rise —and change the trajectory of the race— with a convincing victory demonstrating his strength among African Americans. Visiting a polling place in Greenville early Saturday, Biden said he felt good about his prospects.

“It’d be a good start to get into Super Tuesday and do really well,” Biden told reporters. “Look, I’m very optimistic. I’m optimistic not just about today; I’m optimistic about the whole process.”

Voter Tamara Daniel said that, while she initially supported Elizabeth Warren’s progressive views, she cast her vote for Biden in part because she saw him as more likely to defeat President Donald Trump.

“I feel we need someone to beat Trump,” said Daniel, a 44-year-old middle school teacher in Columbia. “And I hate to say it, but I still don’t think is country is ready to elect a woman as president.”

Sanders believes he’s positioned to seize a major delegate advantage when 14 states and one U.S. territory vote on Super Tuesday, just three days after the South Carolina primary. After two consecutive victories and a tie for the lead in Iowa, the 78-year-old Vermont senator’s confidence is surging.

Sanders will spend the lead-up to Super Tuesday campaigning in the home states of two major Democratic rivals, betting he can score a double knockout blow—or at least limit the size of their victories. 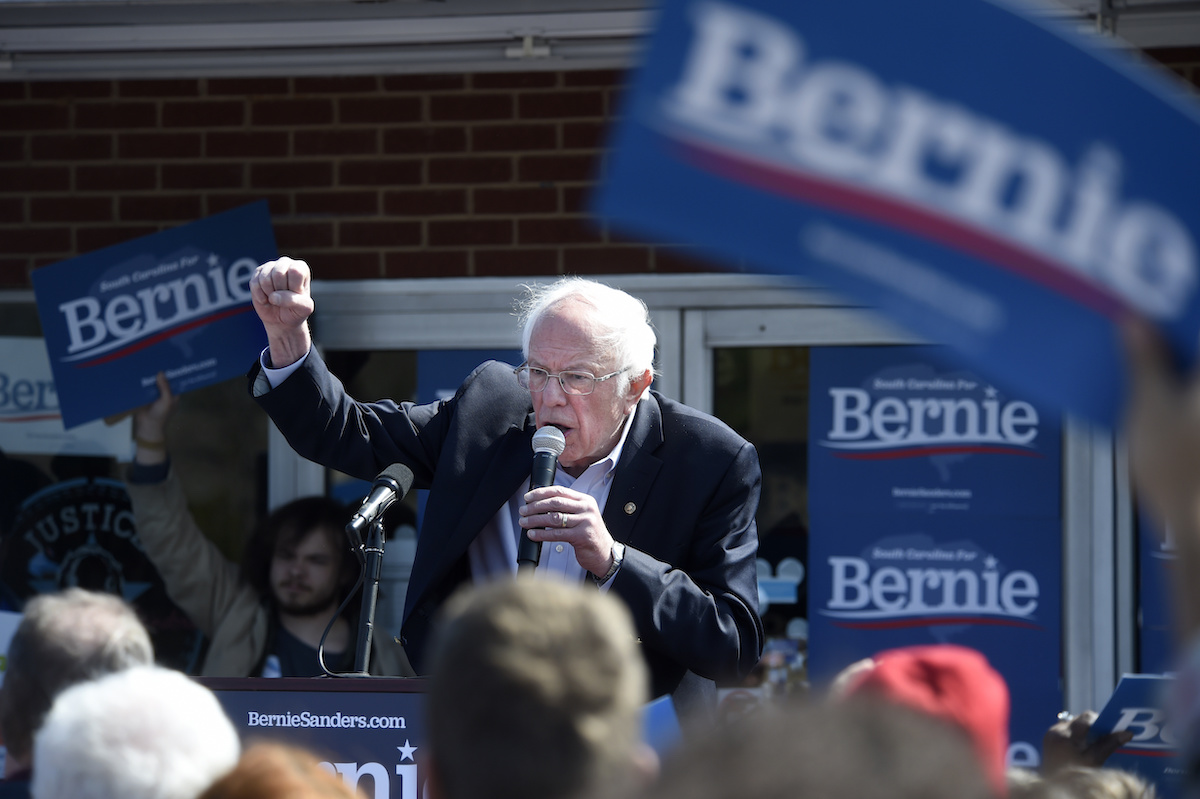 In a power play, Sanders hosted a midday rally Saturday in downtown Boston, campaigning in the heart of liberal ally Elizabeth Warren’s political turf. Addressing a crowd of thousands on the Boston Common, Sanders said his success in the Democratic primary means “the establishment is getting very nervous”—but stopped short of predicting victory in South Carolina.

On Saturday, Warren said her home state “is a very progressive state and progressive ideas are very popular, and so I’m sure that’s why Bernie is campaigning there.”

On the eve of Super Tuesday, Sanders will host a concert in Minnesota, where home-state Sen. Amy Klobuchar is looking for her first win.

Senior adviser Jeff Weaver said Sanders is aggressively hunting for delegates, noting that their campaign’s experience during the 2016 primary against Hillary Clinton taught them that any candidate who finishes Super Tuesday with a significant delegate advantage will be difficult to catch.

“I’m confident we’re going to do very, very well across the country,” Weaver said of the coming four days. He also sought to downplay the importance of South Carolina, where “Biden is expected to win.”

“Expectations can be broken,” Weaver added. “But for the vice president, he needs an extraordinarily large win in South Carolina in order to convince folks he’s going to be able to go the distance.”

At a rally in North Charleston on Friday, Trump asked the crowd whether Biden or Sanders would be the better Democratic opponent for him.

The audience seemed to agree, cheering the mention of Sanders and booing the mention of Biden. Some state GOP leaders have even urged Republican voters to participate in Saturday’s Democratic primary and vote for Sanders. 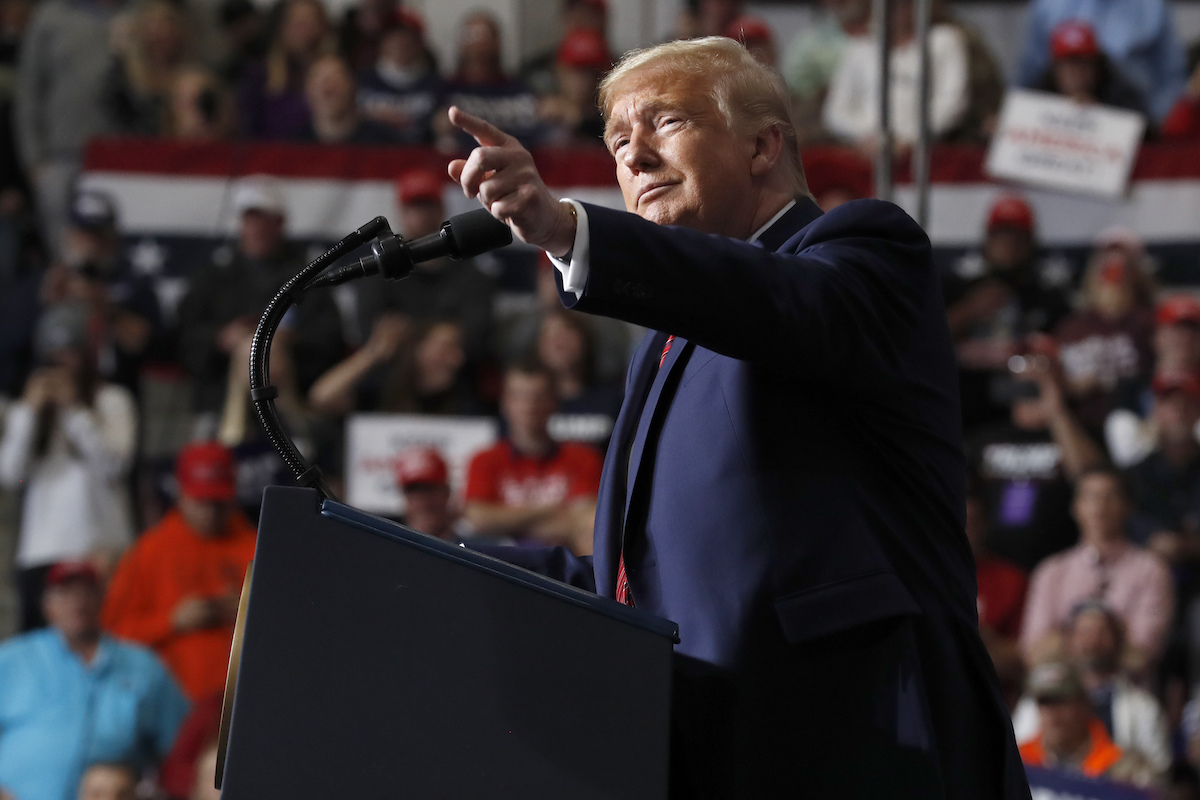 Yet the Democrats’ 2020 primary election is far from a two-person race.

In South Carolina, billionaire activist Tom Steyer has spent more than $19 million on television advertising —more than all the other candidates combined— in his quest for his first top finish in four contests. At his state campaign headquarters on Saturday, Steyer said he felt optimistic going into the vote and was looking ahead to trips to Alabama and Texas, two Super Tuesday states.

Not ceding anything, Pete Buttigieg is fighting to prove he can build a multiracial coalition. And with the help of super PACs, Warren and Klobuchar have vowed to keep pushing forward no matter how they finish on Saturday.

New York billionaire Mike Bloomberg is not competing in South Carolina, yet he has shattered spending records after investing hundreds of millions of dollars in Super Tuesday advertising backed by a horde of paid staff in virtually every state in the nation. He could emerge as the strongest Sanders alternative in the coming days, or he could unintentionally help Sanders by splitting up the anti-Sanders vote.

The former vice president’s campaign began the week cautiously optimistic, even as he predicted victory and began lashing out at Sanders more aggressively.

After a solid debate performance on Tuesday, the 77-year-old Democrat was more buoyant on the campaign trail and his aides grew more confident backed by new support from elected officials.

Biden has racked up far more endorsements than his rivals have throughout the year, and he added another big name from a Super Tuesday state, Virginia Sen. Tim Kaine, on Friday. That came two days after he earned the endorsement of South Carolina Rep. James Clyburn.

Summing up the mood, senior Biden adviser Symone Sanders shifted away from calling South Carolina Biden’s “firewall” and instead called it a “springboard,” on par with how the state boosted the presidential aspirations of Barack Obama in 2008 and Clinton in 2016.

That sentiment was echoed Saturday by former senior Obama adviser David Axelrod, who said a big Biden win in South Carolina could give him a Super Tuesday boost that might force several candidates to quickly consider whether to proceed, including Bloomberg.

“If Biden wins by a big margin, it will translate into a bigger day for him on Tuesday,” Axelrod said. “And if he beats Bloomberg by a significant margin on Tuesday, Bloomberg is going to have to consider what he’s doing here.”

Indeed, South Carolina represents much more than the fourth state on the Democrats’ months-long primary calendar.

It serves as the first major test of the candidates’ strength with African American voters, who will be critical both in the general election and the rest of the primary season.

Roughly three in 10 people of voting age in South Carolina are black, according to census data. 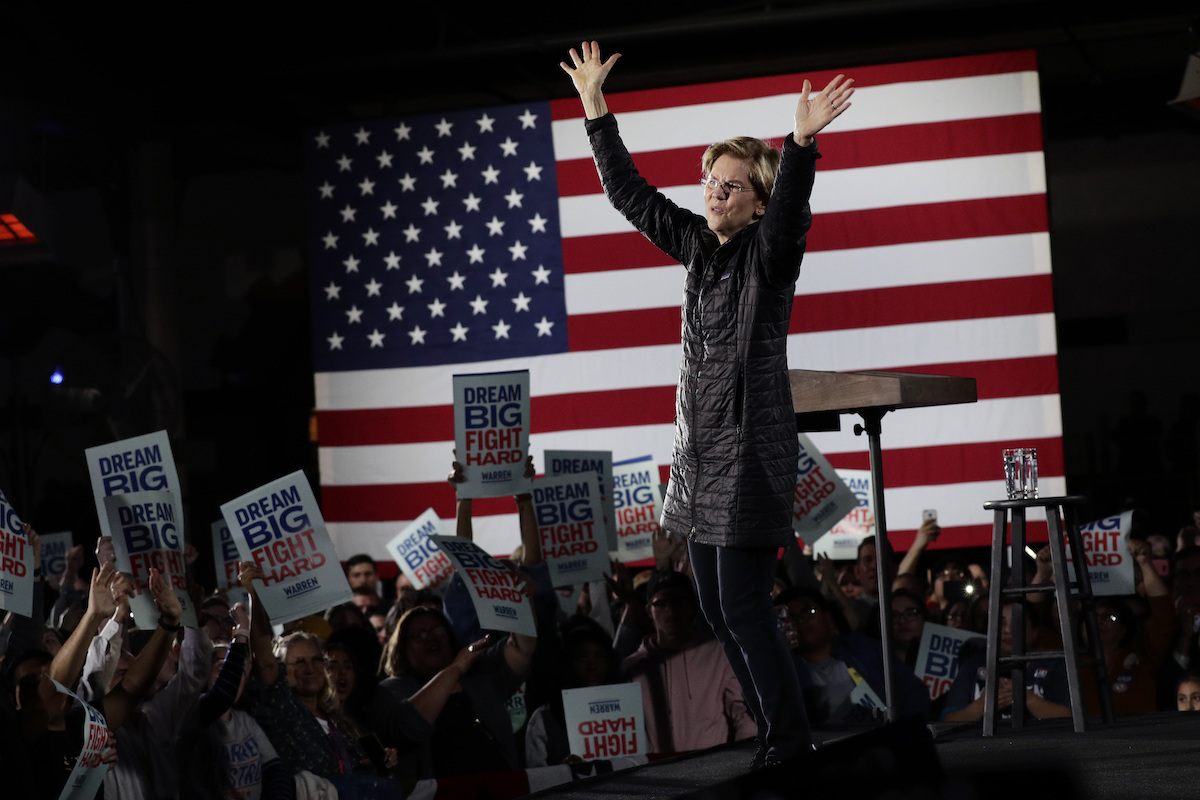 “South Carolina speaks in a way that these other states have not been able to in terms of who is voting and the diversity of our vote,” said James Smith, South Carolina’s 2018 Democratic nominee for governor.

In the short term, Super Tuesday features a handful of Southern states, like Alabama, Arkansas and North Carolina, where the African American vote will be decisive. And longer term, the ultimate Democratic nominee will struggle to defeat Trump unless he or she generates more enthusiasm among black voters than Clinton did four years ago.

Saturday’s election in South Carolina marks the first statewide test of its new fleet of electronic voting machines, a $50 million upgrade from an old and vulnerable system that lacked any paper record of individual votes. The new machines produce a paper record that can be verified by the voter and checked after the election to detect any malfunction or manipulation.

Meanwhile, some leading Democrats in South Carolina were concerned that the intensity of the anti-Sanders movement within their own party would undermine their quest to deny Trump a second term.

Gilda Cobb-Hunter, a South Carolina state representative and president of the National Black Caucus of State Legislators, warned Democrats who vehemently oppose Sanders to “stop being stupid.” While she’s on Steyer’s payroll, she said she would “of course” support Sanders if he emerged as the nominee.

“As a black woman, I can’t afford for white folks’ resentment to determine who the next president is or is not going to be,” she said. “Their resentment doesn’t translate to the struggle and the hell that communities of color will continue to face —and worse— if Trump is reelected.”