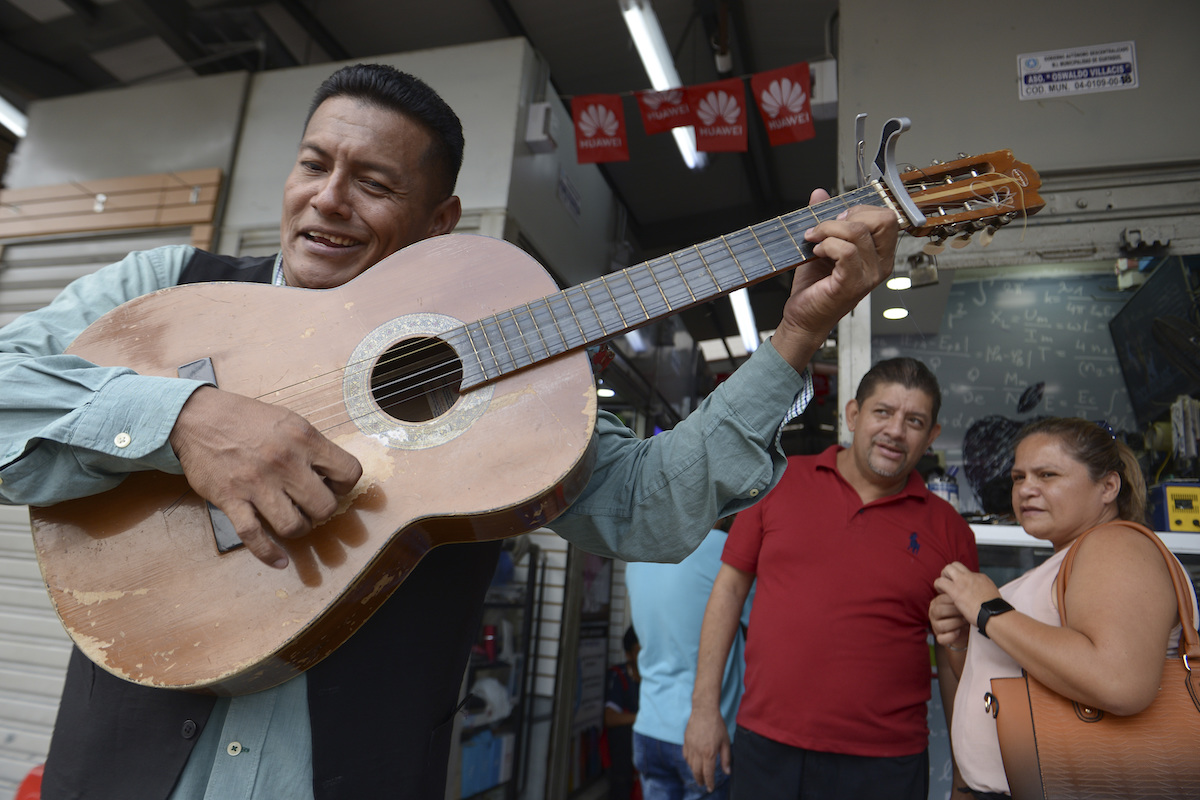 So he broke into song.

Rising tension following the new coronavirus’ arrival to Latin America has inspires songwriters across the region. They’re capturing anxiety on faces around them in music, sometimes with a comical bent in an attempt to lift spirits or provide social criticism.

Videos of coronavirus songs by performers in countries including Ecuador and Mexico are going viral. They’re captured on cellphones or recorded professionally, and they’re touching a public nerve.

One song that plays as nurses dressed in whites dance in front of a hospital reminds listeners to wash their hands and avoid touching their faces.

Another warns people to be careful, as the group’s members toast each other with bottles of Corona beer, which coincidentally shares the virus’ name.

“Be careful, it could hit you,” band members sing. “If you dismiss it, it could kill.”

The new coronavirus has infected more than 92,000 globally and led to 3,100 deaths, the vast majority in China. No fatalities have been reported in Latin America where 25 illnesses have so far been reported in Brazil, Mexico, Ecuador, Dominican Republic, Guadeloupe, Argentina and Chile.

Carolina Páez, a sociology professor at Catholic University in Quito said it’s no surprise that musicians are putting emotions they feel around them to song, or that these performances are getting so much attention.

Music “is part of the Latin festive spirit,” Páez said. “This is a reaction to social panic, to the very adverse conditions in which we live daily, taking the from of both humor and criticism.”

Alvarado, 42, said that for years he and his guitar have walked the streets of Guayaquil, home to Ecuador’s largest port.

Guayaquil is also where all seven people ill with the virus have been treated since the first was diagnosed on Saturday. That first patient is a woman in her 70s who is in critical condition, while the six others have lighter symptoms, officials say.

Alvarado said he was surprised to see the public’s reaction in the streets. They’re lining up outside pharmacies waiting to buy boxes of face masks that store owners are charging exorbitant prices—up to $70.

Standing in the midst of one such crowd, Alvarado said he pulled his guitar into position and began to sing his social criticism.

“Those inside are abusing you,” he sang of the shopkeepers. “Because you’re letting them.”

The lyrics were a spontaneous reaction, he said, adding that it also drew out a little levity among the people living in an unpredictable moment. A video of him singing it has won him notoriety throughout Ecuador, he said.

“The people smiled and even danced when I came up with the first version,” he said. “It was total improvisation—and nothing more.”