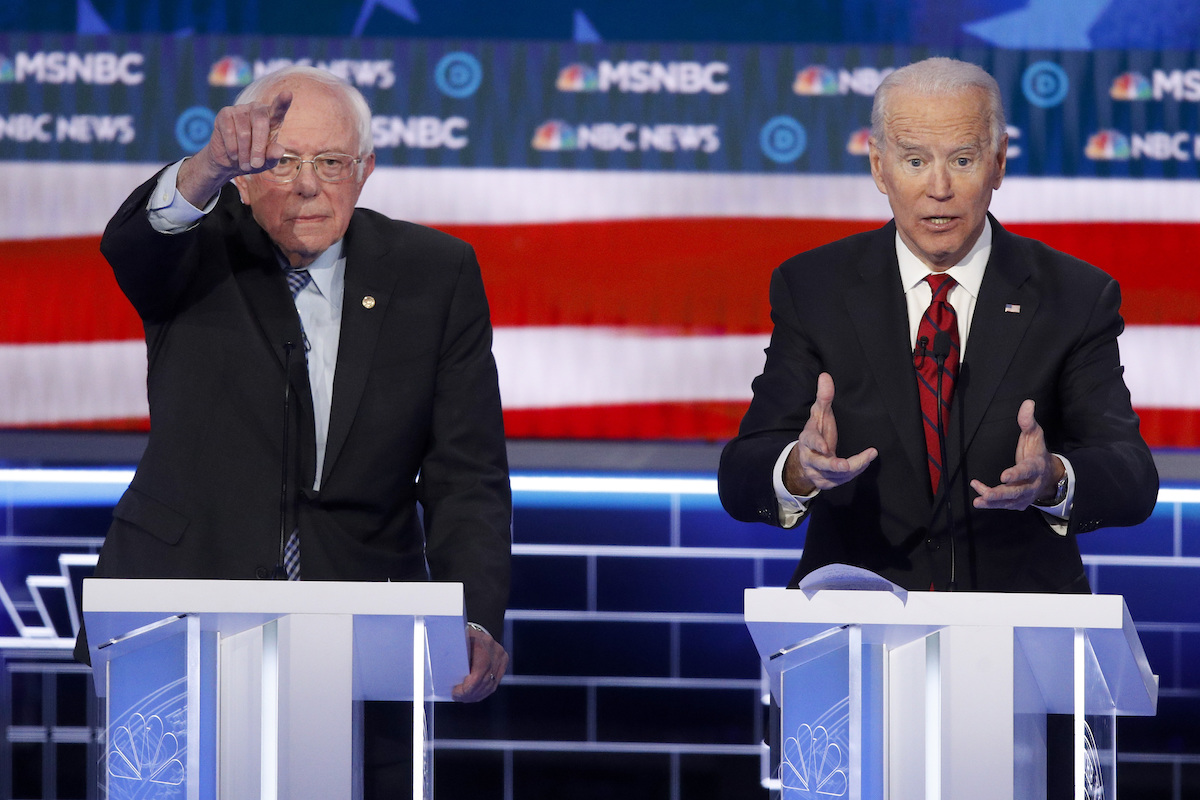 This column first appeared in AZMirror.com.

In the wake of the startling election results in Tuesday’s presidential primaries, the media spotlight has landed on the intense ideological split between the moderate and progressive wings of the Democratic Party.

The decision for most Democrats seems to be whether they’ll support U.S. Sen. Bernie Sanders’ political revolution or former Vice President Joe Biden’s pledge to restore the status quo and return the presidency to some semblance of normalcy.

But this week’s elections’ results unmasked another potentially troubling split between two key Democratic constituencies: Black and Latino voters. Most Latinos have backed Sanders in droves, while Biden has drawn the bulk of African American support.

Biden’s sudden resurgence as the Democratic front-runner was turbo-charged by the endorsement of South Carolina Congressman James Clyburn, a revered Black leader who serves as majority whip in the House of Representatives. Political analysts credit Clyburn’s last-minute backing with almost single-handedly resurrecting Biden’s campaign, a move that enabled the former vice president to attract nearly 70% of Black voters in several key Southern states.

Why the split among Black and Latino Democrats?

Part of it is that Biden has run stronger with older voters overall, and it’s older Black people, many of whom have tracked Biden’s political career for decades, who make up a majority of African Americans heading to the polls. Biden’s eight years in the No. 2 role alongside the nation’s first Black president, Barack Obama, is also a major plus with Black voters.

At the same time, Biden’s inability to grow his Latino voter base has been hampered in part by his ties to Obama. The former president is generally popular with Latinos, but many Latino immigrants rights leaders criticized Obama for his administration’s record on deportations. During the Obama administration’s first three years in office, nearly 1.2 million people were deported as compared to 800,000 people so far under President Trump, according to a recent Washington Post analysis.

And even though Obama issued the 2012 executive order that provided temporary protection against deportation to hundreds of thousands of “Dreamers” —young people brought to the U.S. by their undocumented parents— many Latinos were frustrated by Obama’s failure to get a major immigration reform bill passed. The issue came to a head in 2014 when Janet Murguía, President and CEO of Unidos US, the country’s most influential Latino advocacy group, branded Obama the “deporter-in-chief.”

The former vice president, who often describes himself an “Obama-Biden Democrat,” has been repeatedly pressed on the campaign trail to defend Obama’s mixed record on immigration.

Biden also has faced harsh criticism among criminal justice reform advocates for his support of a 1994 federal crime bill that they say helped fuel the mass incarceration of hundreds of thousands of black and Latino people over two decades. Biden, then a senator, helped write the bill.

So, how did Sanders build such strong backing among Latinos? Marisa Franco, co-founder of Mijente, a national Latinx activist group, told The Guardian ahead of the Nevada primary the answer is “Real easy. Because he’s working for it. Because his platform speaks to our people…” 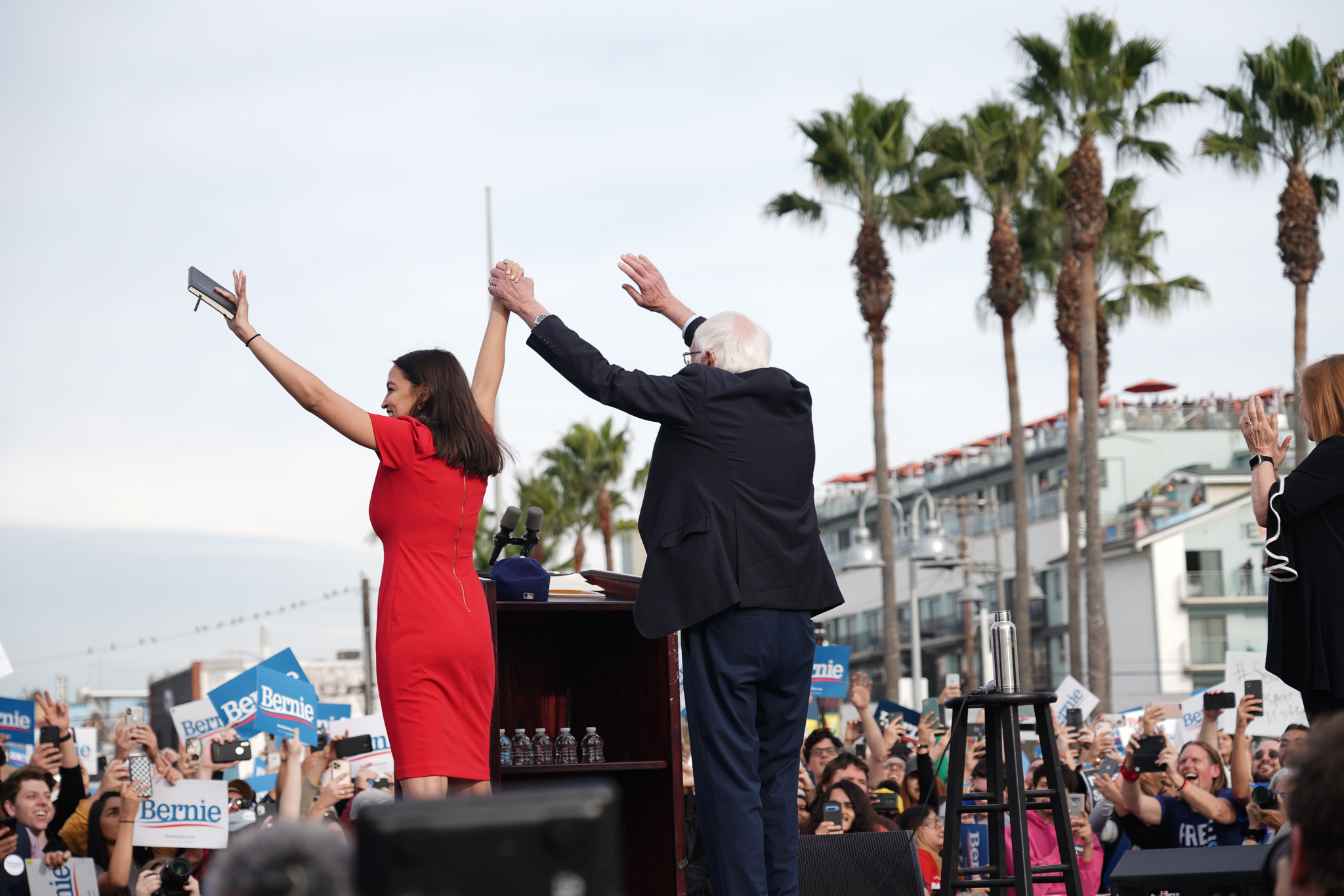 What troubles me about the apparent black-brown divide among Democrats is that it runs the risk of being weaponized by President Donald Trump and his hard-right supporters. “Divide and conquer” is this president’s unwritten motto.

Make no mistake, Trump is actively working to minimize the power and influence of people of color across the nation. When he portrays Latino immigrants as criminals and invaders and predominantly Muslim African nations as “shithole countries,” or he tells women of color in Congress to “go back” where they came from, Trump is sending a clear message to his overwhelmingly white, conservative voter base: America was great when it was run by white people, but if you let “these people” take over our country is screwed.

It’s a lie, of course, but it’s one the president, a master of propaganda, will keep repeating from here to November because it works for a candidate who has little interest in broadening his base of support beyond the constituency that got elected him in 2016.

Black and Latino Democrats, meanwhile, should close ranks and help the party mend its ideological rift ahead of its national convention.

There’s nothing wrong with picking a favorite candidate —that’s what the primary season is all about— but we can’t lose sight of the fact that our real adversary is determined to roll back every major gain made by this country’s growing communities of color in the past 50 years and he won’t be stopped unless we find a way to work together.