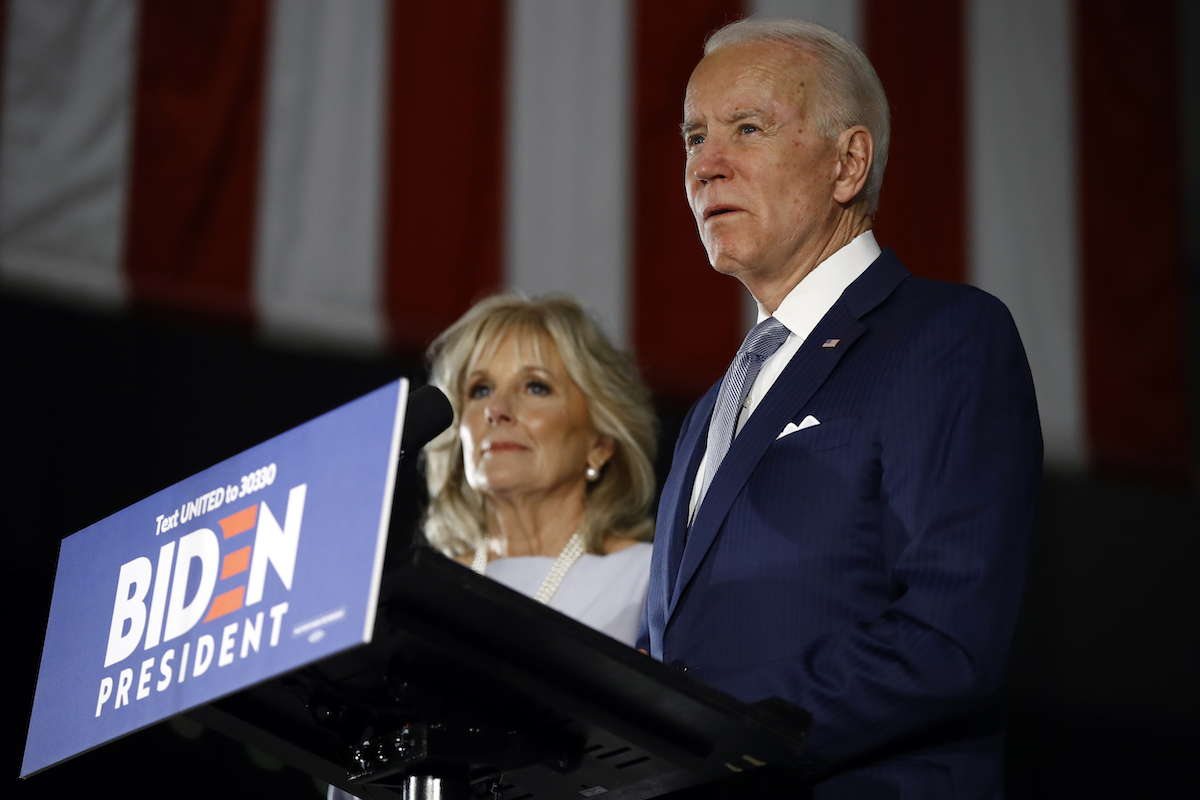 By WILL WEISSERT and LAURIE KELLMAN, Associated Press

Biden again showed strength Tuesday with working-class voters and African Americans, who are vital to winning the Democratic nomination. Sanders’ narrow hopes for good news rested on North Dakota and Washington state. Washington’s primary was too early to call, and because all votes there are cast by mail or by dropping them off in a ballot box, many ballots were marked for candidates who have since dropped out of the race.

The six-state contest Tuesday marked the first time voters weighed in on the primary since it effectively narrowed to a two-person race between Sanders and Biden. And the first four states on Tuesday went to Biden, a dramatic reversal for a campaign that appeared on the brink of collapse just two weeks ago. Now it is Sanders, whose candidacy was ascendant so recently, who must contemplate a path forward.

Addressing supporters in Philadelphia, Biden noted that many had “declared that this candidacy was dead” only days ago, but “now we’re very much alive.” He also asked Sanders supporters to back him going forward.

“We need you, we want you, and there’s a place in our campaign for each of you. I want to thank Bernie Sanders and his supporters for their tireless energy and their passion,” Biden said. “We share a common goal, and together we’ll beat Donald Trump.”

It marked a high point for the former vice president’s staff. They sipped beer and broke into an impromptu dance party after his speech, which was held close to his Philadelphia headquarters.

Even as the contours of the race came into shape, however, new uncertainty was sparked by fears of the spreading coronavirus. Both candidates abruptly canceled rallies in Ohio that were scheduled for Tuesday night. That set the stage for Biden’s remarks in Philadelphia, while Sanders flew home to Vermont and didn’t plan to address the public. 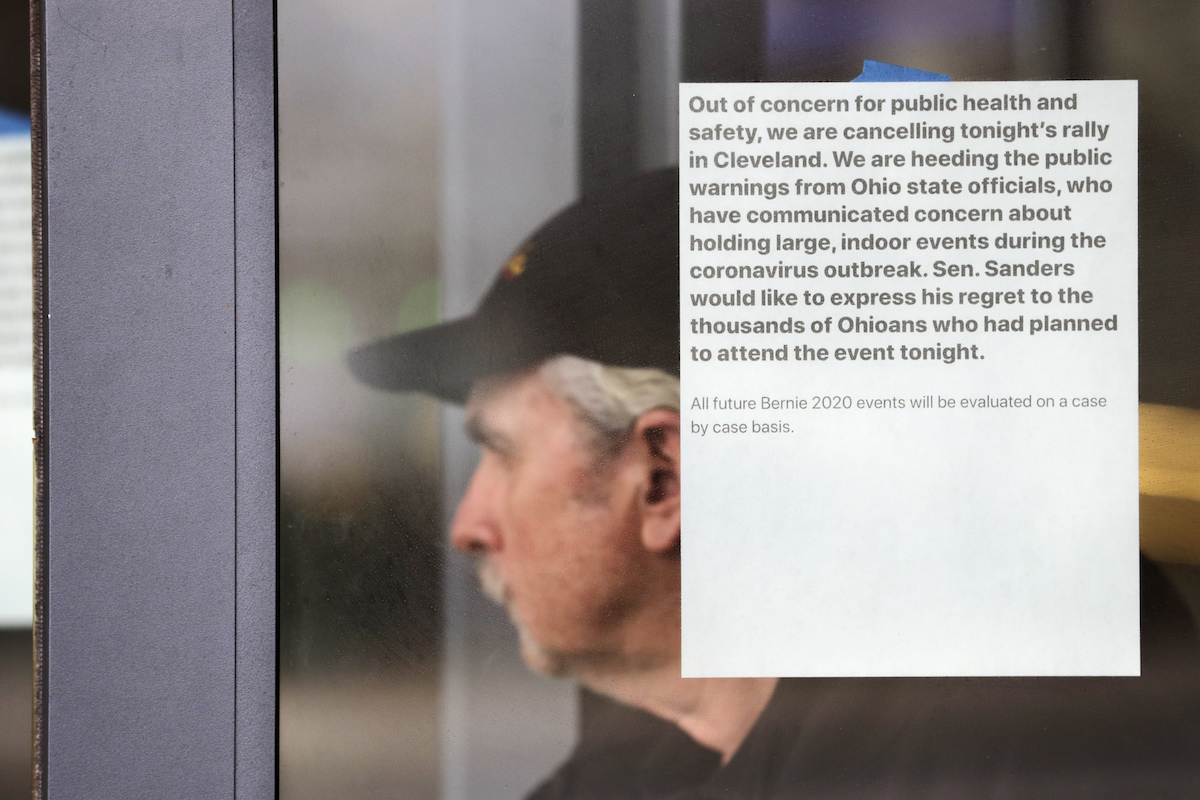 A man walks out of the Huntington Convention Center of Cleveland where Democratic presidential candidate Sen. Bernie Sanders was prepared to hold a campaign rally, Tuesday, March 10, 2020, in Cleveland. The Cleveland rally was canceled due to concerns about coronavirus. (AP Photo/Tony Dejak)

Sanders’ campaign also said all future events would be decided on a case-by-case basis given public health concerns, while Biden called off a scheduled upcoming Florida stop. Still, the former vice president said Tuesday night that he’d be announcing plans to combat the coronavirus later this week.

The Democratic National Committee also said that Sunday’s debate between Sanders and Biden would be conducted without an audience.

Bradley Beychok, president and co-founder of American Bridge 21st Century, a liberal super PAC, said his group “will be ALL IN to elect @JoeBiden as our next president.” The organization is spending millions of dollars trying to win over people who backed President Donald Trump in key states in 2016.

Our team @American_Bridge has been ready to support the eventual democratic nominee for the last 2 years. Our team has outspent Trump on ? in MI, PA, and WI. That work expands bigly tomorrow as we will be ALL IN to elect @JoeBiden as our next President

Guy Cecil, chairman of the flagship Democratic outside political organization Priorities USA, tweeted: “The math is now clear. Joe Biden is going to be the Democratic nominee for President and @prioritiesUSA is going to do everything we can to help him defeat Donald Trump in November.”

The math is now clear. Joe Biden is going to be the Democratic nominee for President and @prioritiesUSA is going to do everything we can to help him defeat Donald Trump in November. I hope others will join us in the fight.

There were other major warning signs for Sanders on Tuesday. He again struggled to win support from black voters. About 70% of Mississippi’s Democratic primary voters were African American, and 86% of them supported Biden, according to an AP VoteCast survey of the electorate.

After Sanders upset Hillary Clinton in Michigan four years ago, his loss there Tuesday was particularly sobering. It undermined his argument that he could appeal to working-class voters and that he could expand the electorate with new young voters.

One of the few bright notes for Sanders was his strength among young voters, but even that has a downside because they didn’t turn out enough to keep him competitive. Sanders won 72% of those under 30 in Missouri and 65% in Michigan, according to AP VoteCast. The senator was also about even with Biden among voters ages 30 to 44. 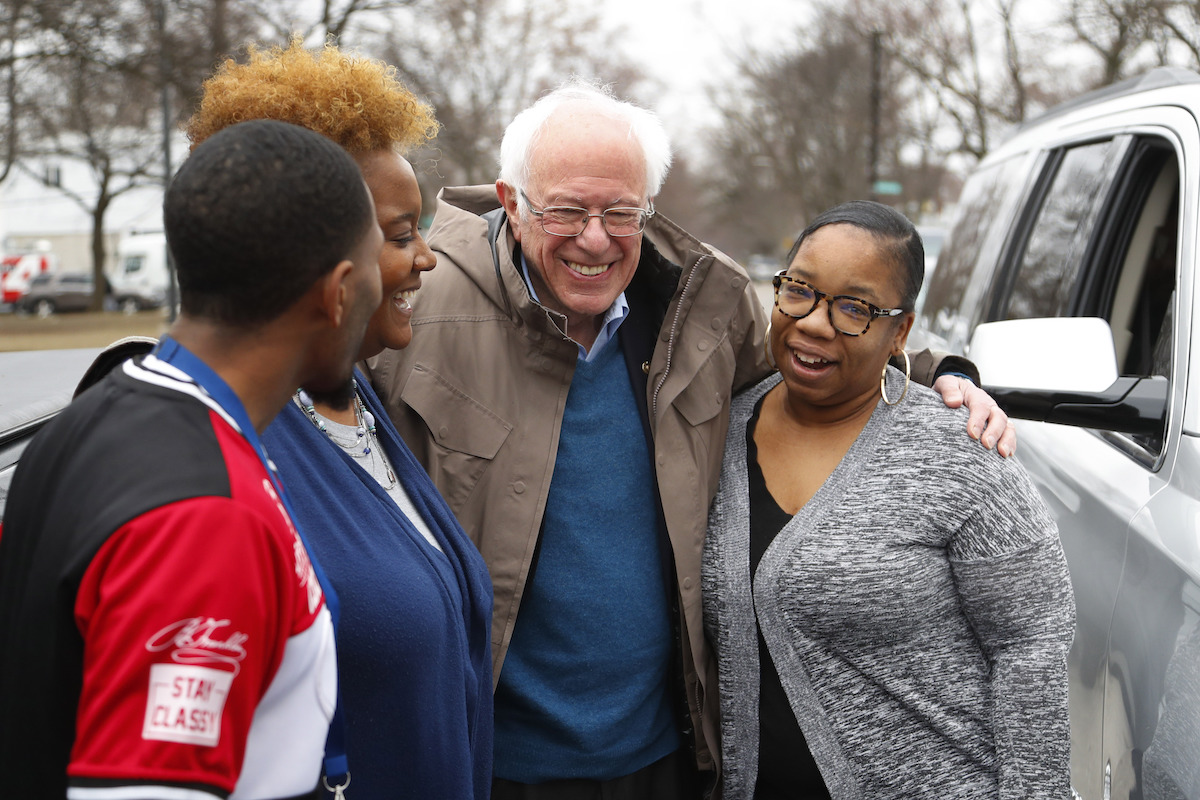 Another top Sanders backer, Minnesota Rep. Ilhan Omar, tweeted: “Yes we are a family, united in restoring our democracy and committed to defeating Trump, but that doesn’t mean we should stop fighting for the candidate that best represents our policy priorities in this Primary.”

Yes we are a family, united in restoring our democracy and committed to defeating Trump, but that doesn’t mean we should stop fighting for the candidate that best represents our policy priorities in this Primary.

Be kind to one another and let’s have each other’s back in Nov!

Although six states voted, Michigan, with its 125 delegates, got most of the attention. Trump won the state by only 10,704 votes during the general election, his closest margin of victory among Michigan, Pennsylvania and Wisconsin. Those states gave Trump the narrow edge in the 2016 Electoral College after Clinton won the popular vote.

Sanders has vowed not to drop out regardless of Tuesday’s results and frequently railed against the “Democratic establishment” that he says has aligned against him.

In addition to the powerful groups now siding with Biden, the former vice president has picked up the endorsements of many of his former presidential rivals, including Sen. Kamala Harris, Sen. Cory Booker and, as of Tuesday, entrepreneur Andrew Yang. Michigan Gov. Gretchen Whitmer, sometimes mentioned as a possible vice presidential choice, also endorsed Biden and campaigned with him ahead of Tuesday’s primary.

Biden also gave a nod to all his former competitors, saying, “We’re bringing this party together.”

Not every Democrat was lining up behind Biden, though. Michigan Rep. Debbie Dingell, who represents a sprawling district from the college town of Ann Arbor to the Detroit suburbs, said Tuesday that she’s staying neutral.

“I remember what it was like four years ago and the vitriol and the anger, the people mad at each other the whole election cycle. We can’t afford that,” Dingell said. “It’s about getting out and voting in November.”

Like Sanders, Biden has no public events scheduled for Wednesday. And though he’s celebrating a growing delegate lead, he’s still confronting voters who question his positions, which include a gun control plan that reinstates an assault weapons ban and includes a voluntary buyback program for assault weapons. 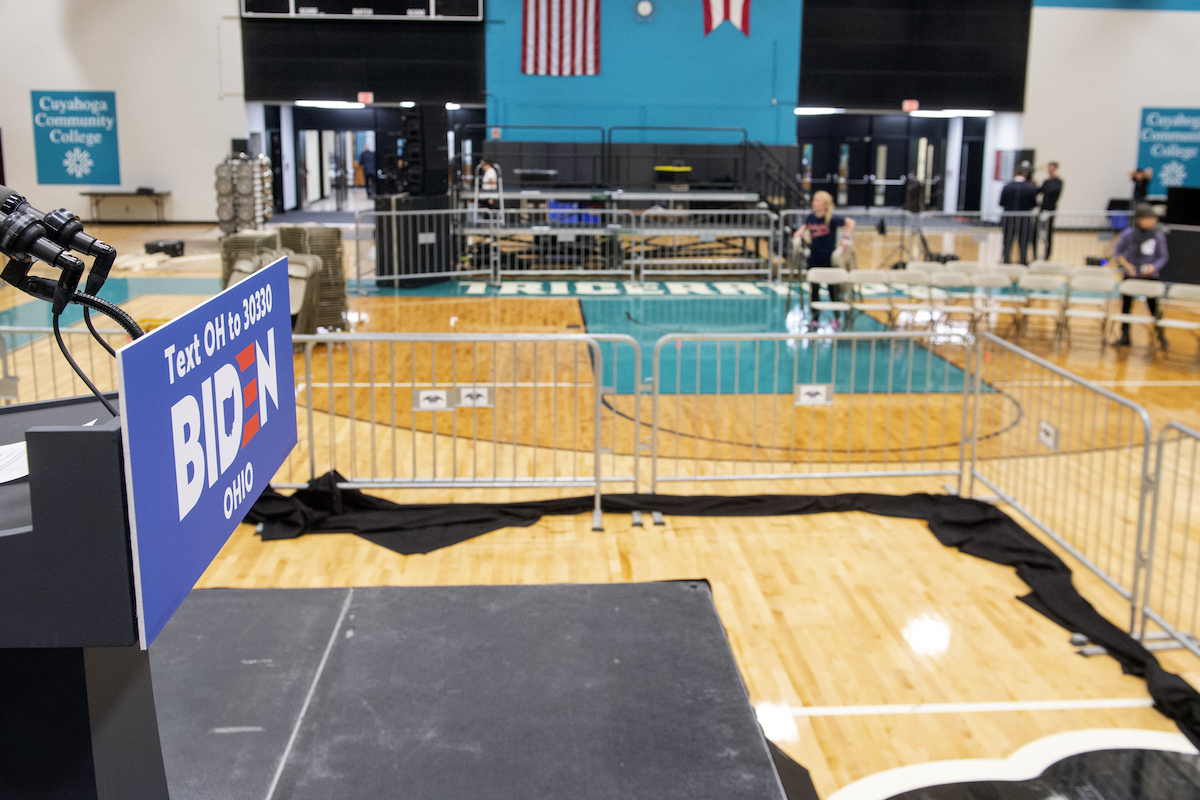 That issue was at the center of a testy exchange with a worker while Biden was rallying earlier Tuesday in Detroit. The man accused him of “actively trying to end our Second Amendment right.” Biden shot back, “You’re full of shit,” but went on to say that while he supports the Second Amendment, “Do you need 100 rounds?”

Associated Press writers Mike Householder in Detroit and Seth Borenstein in Washington contributed to this report. Catch up on the 2020 election campaign with AP experts on our weekly politics podcast, “Ground Game.”