Florida May Activate National Guard to Help With Virus Tests 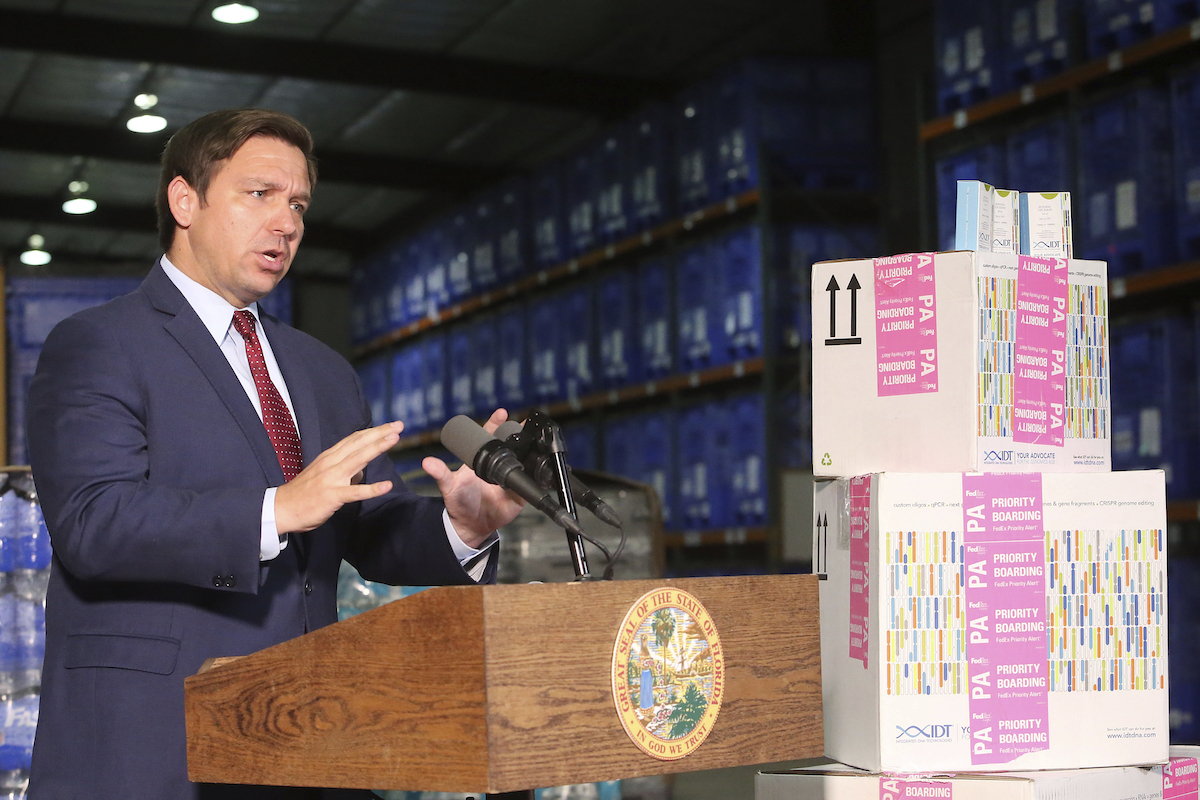 Florida Gov. Ron DeSantis speaks at a news conference at an emergency management warehouse alongside props of testing kits about the spread of the corona virus Friday March 13, 2020 in Tallahassee, Fla. (AP Photo/Steve Cannon)

MIAMI (AP) — The mayor of Miami joined the list of more than 50 people in Florida infected with the new coronavirus Friday as the governor said he was preparing to activate the National Guard to help with a massive ramp-up in testing for the illness.

In efforts to limit contacts between potentially infected people, St. Petersburg canceled that city’s Grand Prix, an IndyCar race car event held along the picturesque waterfront in what has become one of the city’s signature weekends. 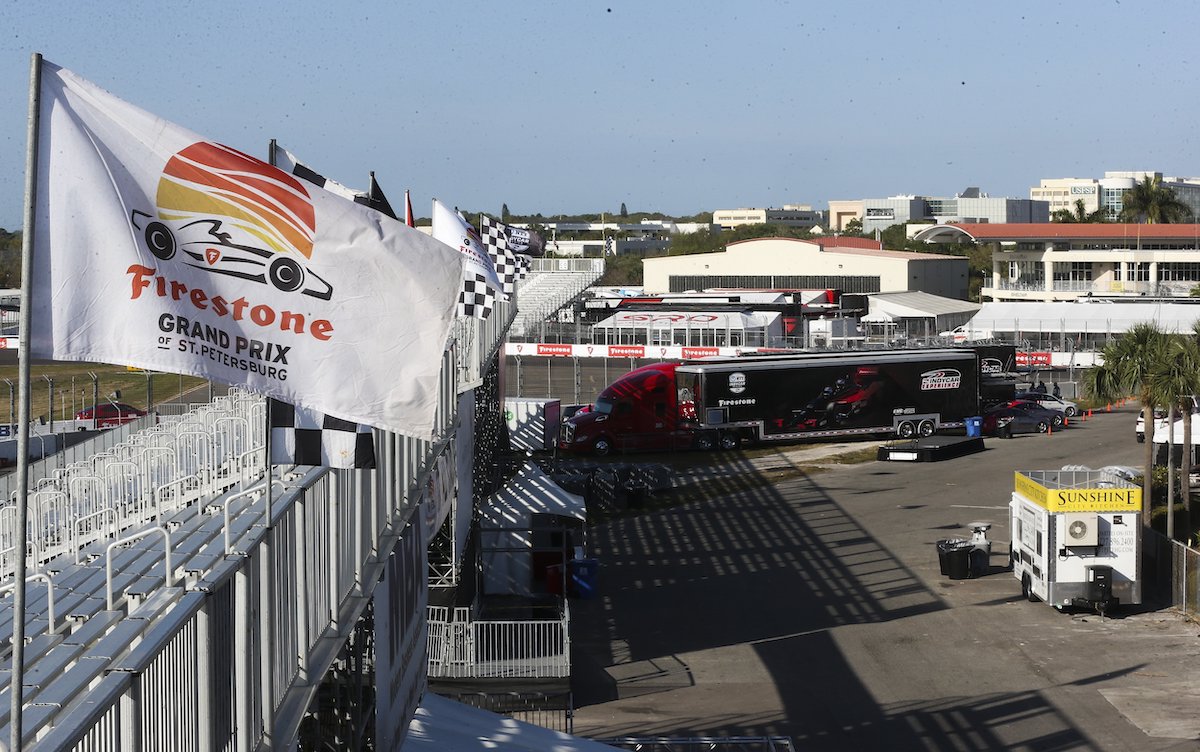 The areas around the track and grandstands are virtually empty during the opening day of the Firestone Grand Prix of St. Petersburg on Friday, March 13, 2020 in St. Petersburg. (Dirk Shadd/Tampa Bay Times via AP)

The Miami-Dade and Broward school districts in South Florida, two of the country’s largest, announced closures—Miami-Dade indefinitely and Broward for two weeks.

Gov. Ron DeSantis announced the state was purchasing kits that allow for testing up to 625,000 people to get a better handle on where people were infected. About 40% of the kits have already been obtained.

So far, people have tested positive for COVID-19 in at least 20 counties in the state, most of them after traveling internationally or to other affected U.S. states. Two people have died.

“If we have National Guard support, they can help augment medical staff shortages, potentially expand resources and even potentially setting up field medical clinics if that were needed to be the case,” DeSantis said at a news conference at a Health Department warehouse several miles from the state capitol.

DeSantis also suspended all visitations to nursing homes in Broward County, so far the worst-hit county. Earlier in the week, DeSantis had put restrictions on visits to the homes statewide from certain people who may have come into contact with the virus.

The mayor of the city of Miami, Francis Suarez, announced earlier on Friday that he had tested positive for the new coronavirus after being in the same room with Brazilian president’s press secretary, who was in previous days in close proximity to President Donald Trump at another event in Mar-a-Lago estate. The Brazilian official tested positive after the Brazilian president’s visits in South Florida last weekend through Tuesday.

Suarez said in a statement that he was not feeling any symptoms, but he said anyone who shook hands with him or was close to him since Monday should self-isolate for 14 days.

“I feel completely healthy and strong,” Suarez said in the statement. “However, I am doing the responsible thing by working with the county’s health department to take every precaution.”

My message to our residents in light of the news that I have tested positive for COVID-19. pic.twitter.com/gW9IziifQm

U.S. Sen. Rick Scott and Miami-Dade Mayor Carlos Giménez have also expressed concerns about coming into contact with the same official, and both said they would be self-isolating. Scott said he was told he did not need to be tested. Giménez told The Miami Herald on Friday that he had taken a test, which came out as negative.

For most people, the new coronavirus causes only mild or moderate symptoms, such as fever and cough. For some, especially older adults and people with existing health problems, it can cause more severe illness, including pneumonia. The vast majority of people recover.

The Adrienne Arsht Center in Miami had originally notified patrons via email they would continue with the weekend’s performances of “Hamilton” and not issue refunds, unleashing criticism from one of the traveling actors, Jon Viktor Corpus, who called the approach “disgraceful” on Twitter.

In a follow-up email Friday, the center said it had decided to suspend shows and events through April 5.

Most face-to-face legal proceedings in the state courts will be suspended for a minimum of two weeks, said Florida Chief Justice Chalres Canady. Local judges are authorized to conduct them via video or electronic means whenever possible.

At supermarkets in Miami, people were stocking up on food and household supplies and finding empty shelves without eggs, poultry, toilet paper or paper towels.

In St. Petersburg, people trickled into an early voting site where Democrats cast ballots for their presidential candidate of choice. Poll workers wore gloves, kept “clean pens” in a small tray, and one election worker held the door open and closed so voters wouldn’t have to touch the handle.

Emma Marie, a 28-year-old in St. Petersburg, was undeterred by reports of the virus and cast an early ballot for Bernie Sanders.

“I’ve never put too much energy into things like that. I don’t really see all the news. All I see is memes on Facebook,” Marie said.