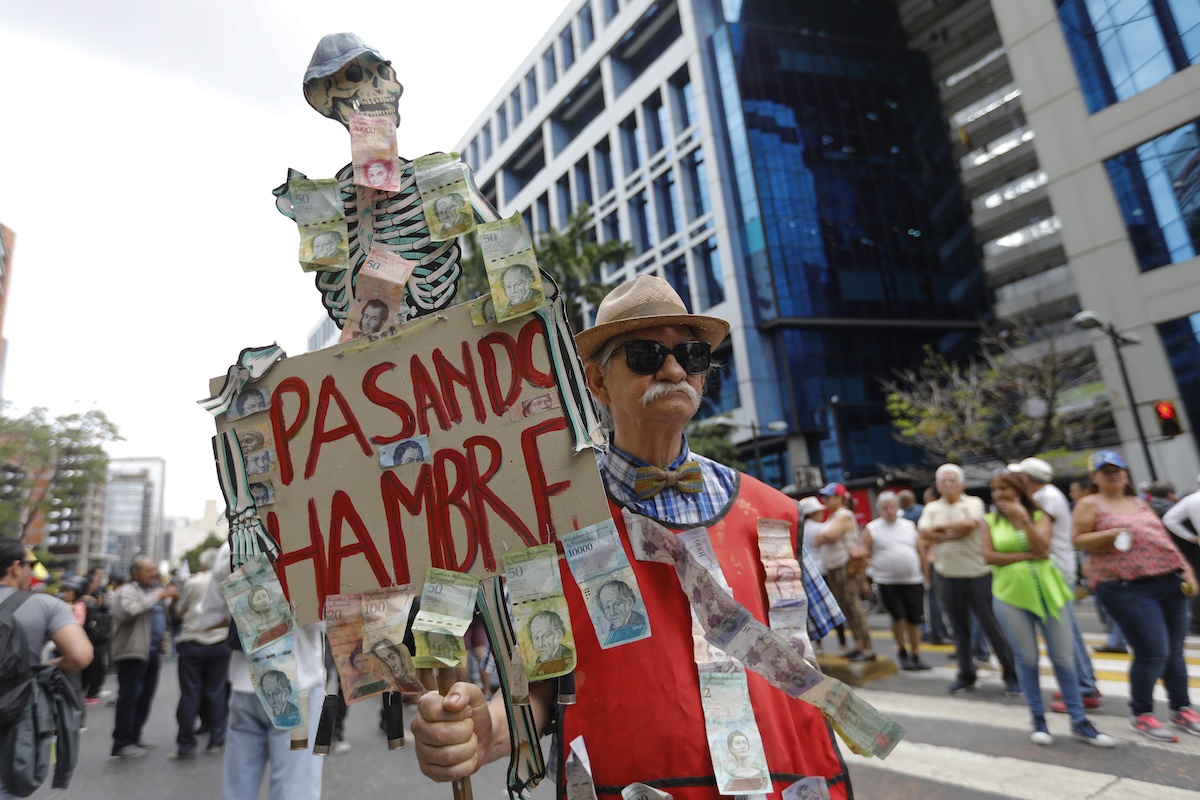 CARACAS, Venezuela (AP) — When a re-energized opposition leader Juan Guaidó returned to Venezuela from a world tour that saw him meet President Donald Trump, he turned to a well-worn page in the opposition’s playbook for ousting socialist President Nicolás Maduro—he called a street protest.

But after only a modest number of supporters showed up Tuesday and they were scattered mid-march, ducking tear gas fired by heavily armed security forces, analysts say it is time for Guaidó and his international backers to refine their approach.

While opposition protests drew as many as 1 million participants in 2016, then hundreds of thousands in early 2018 when Guaidó announced plans to oust Maduro, they are now drawing thousands, if that. And none have budged the government. Observers say people are weary, fearful of government supporters and focused on survival amid the country’s economic collapse.

“The modest turnout ([or Tuesday’s protest] once again suggests the need for a pivot in strategy,” said David Smilde, a senior fellow at the Washington Office on Latin America. “International pressure and street mobilizations are not going to make the Maduro government fall.”

Smilde said Venezuela’s opposition, which is backed by roughly 60 nations, should focus on how to force fairness in legislative elections expected later this year and better communicate to followers the need to shift strategies.

Opposition lawmaker Stalin González has been seen on state TV news segments participating in negotiations with Maduro representatives aimed at reforming Venezuela’s elections commission, but Guaidó’s allies have not talked about it.

“Guaidó, Stalin [González] and the others inside their coalition need to speak to the public clearly and say that working for legislative elections is their policy,” Smilde said. “They need to exercise actual leadership to come up with a new path that does not begin with ending” Maduro’s presidency. 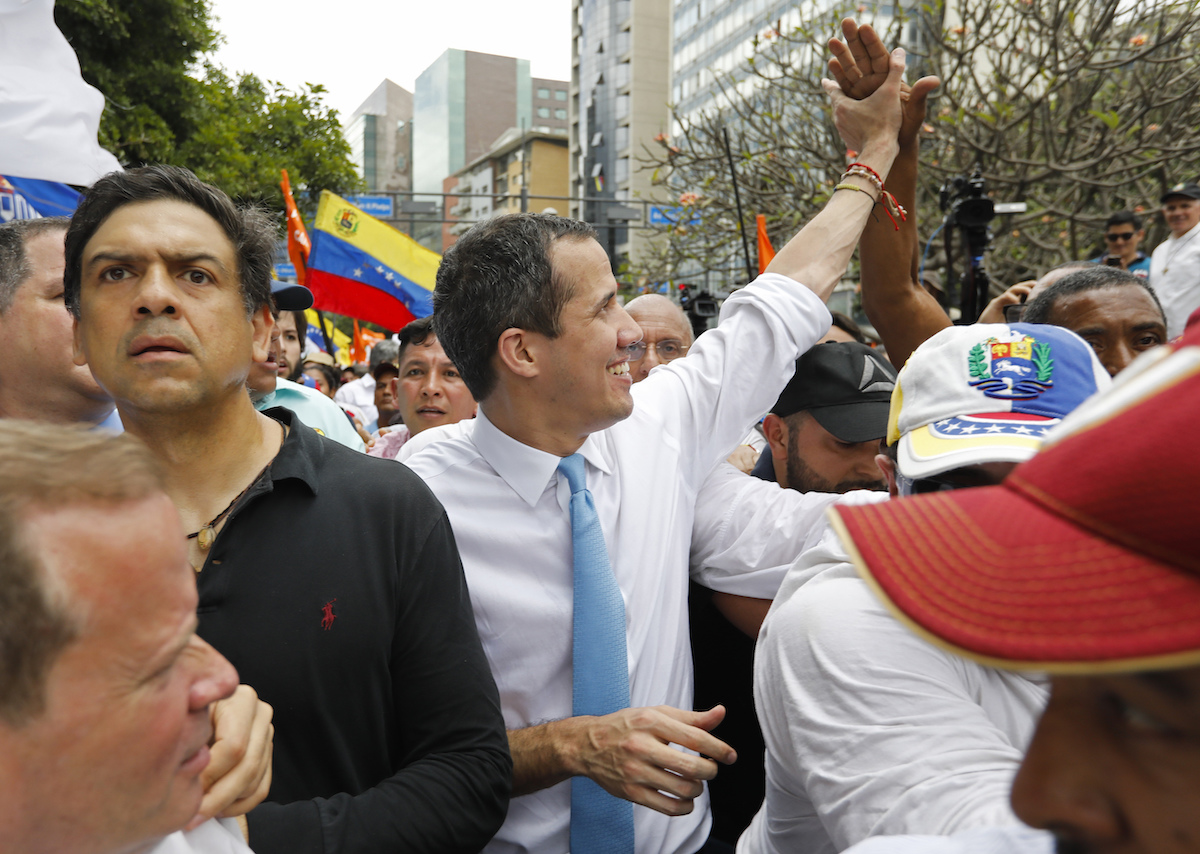 Opposition political leader Juan Guaidó greets a supporter during his march before it was blocked by police in Caracas, Venezuela, Tuesday, March 10, 2020. (AP Photo/Ariana Cubillos)

Guaidó in early 2019 rose to the center of Venezuela’s political fray as head of the opposition-dominated National Assembly. He claimed presidential powers under the constitution and vowed to end Maduro’s rule, joining with his international backers in arguing that the socialist leader was fraudulently re-elected in 2018 elections.

Despite an initial burst of support for Guidó from the U.S. and more than 50 other nations, Maduro remains in power with control over the country’s main institutions, most importantly the military.

Opposition leaders on Wednesday showed no signs of shifting their strategy. Lawmaker and Guaidó ally Juan Pablo Guanipa announced a new push to take to the streets. Starting Thursday they will rally in support of health workers followed by a weekend mobilization in the “neighborhoods and barrios, the streets of Venezuela,” he said.

“This country needs sufficient pressure to be generated to bring political change in Venezuela,” Guanipa said, without giving details of when or where the demonstrations would happen.

Guanipa did not respond to questions later in the day by The Associated Press about the opposition’s strategy.

Guaidó has said he will refuse to participate in the legislative elections expected later this year if it is overseen by the same elections council dominated by Maduro loyalists. 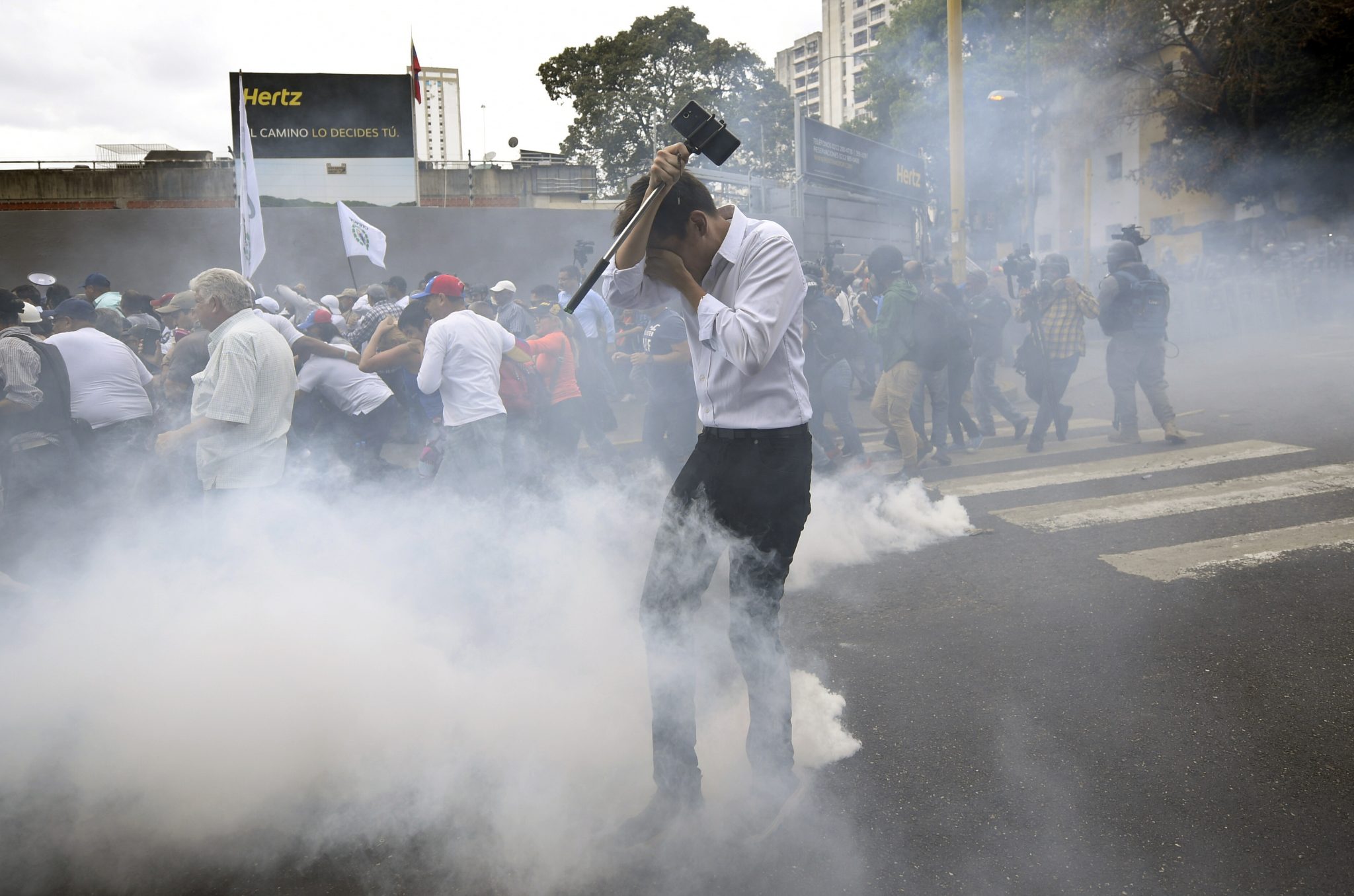 But even some of his supporters are beginning to second guess his strategy. Henry Ramos, a lawmaker who heads the Democratic Action party, said Tuesday that with a new presidential vote out of reach for now, it is time to start preparing for the congressional elections.

“What are we going to do—stay at home and let the government grab the National Assembly?” Ramos said in a rare public break with Guaidó.

Oscar Vallés, a political analyst and professor at the Metropolitana University in Caracas, said that amid the political stalemate Venezuelans are feeling increasingly disconnected.

“Fewer and fewer Venezuelans are interested in politics,” Vallés said. “They don’t see the opposition’s political perspective coming in response to their most urgent and immediate problems.”

José Leonardo García, a shop owner in Caracas, said he is among those who have given up. He said it is dangerous to take to the streets against Maduro’s security forces, and it takes time away from scratching out a living.

“When your main concern is eating, taking care of your children, all the rest becomes secondary,” García said. “To make matters even worse, no one believes that all these marches will have the effect of ever removing these thugs from power.”

Francis Otero, a hairdresser, disagreed. She acknowledged that a march isn’t likely to drive Maduro from power, but said it serves its purpose to remind the government of widespread discontent.

“We must remind Maduro that we haven’t surrendered,” she said.