Spain to Follow Italy Into Lockdown as Virus Cases Soar 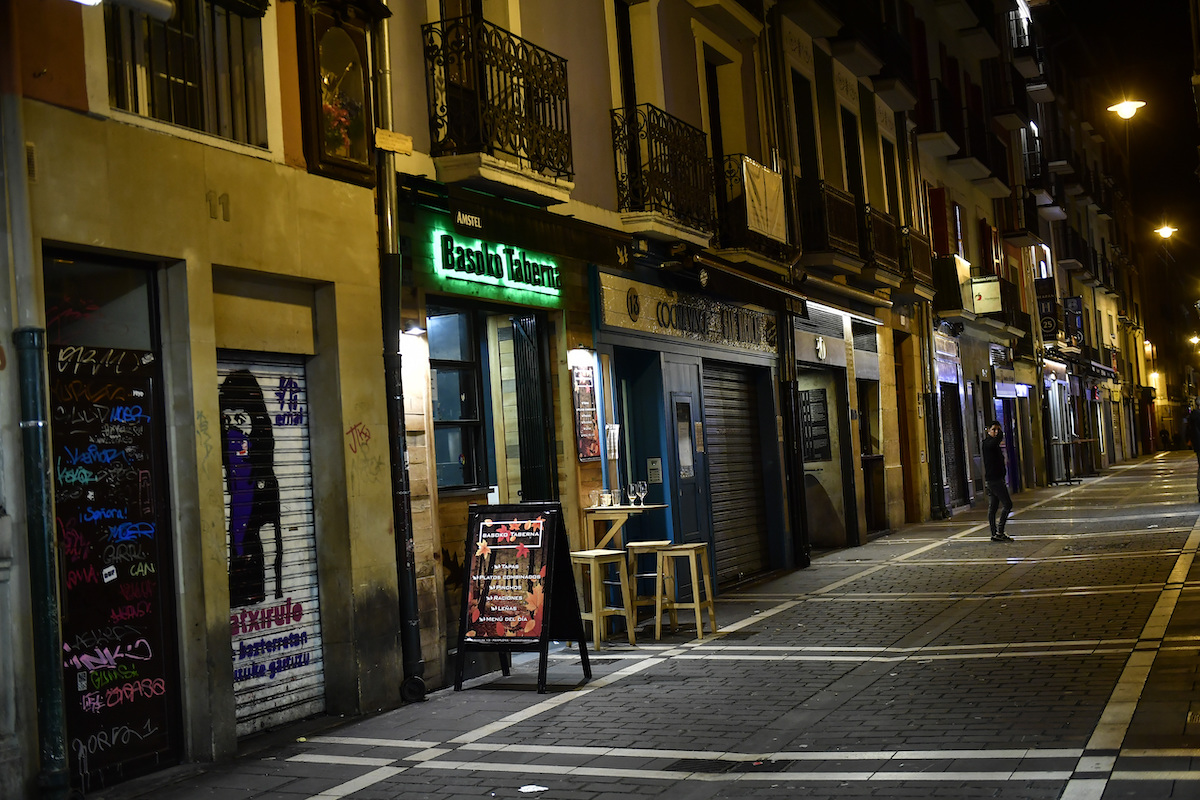 BARCELONA, Spain (AP) — Spain was set to follow Italy on Saturday in declaring a nationwide lockdown as European countries took ever more sweeping measures to reduce contact among people and slow the accelerating spread of the coronavirus.

China, meanwhile, where the virus first emerged late last year, continued to relax its drastic measures in its hardest-hit region.

According to a draft government order seen by The Associated Press, Spain’s government planned to announce a two-week state of emergency and tight restrictions on movement by the country’s 46 million people. Prime Minister Pedro Sánchez was due to address the nation in the afternoon.

Airline flights bound for Spain turned around as word spread of the lockdown.

People will be allowed to leave their homes only to buy food and medicine, commute to work, go to hospitals and banks, or take trips related to the care of the young and the elderly. Those rules will take effect at 8 a.m. (0700 GMT) Monday.

Effectively immediately, Spain is also closing all schools, universities, restaurants, bars and hotels nationwide along with non-essential stores, a step some regions have already taken.

Health authorities in Spain said the number of coronavirus infections climbed past 5,700, half of them in the capital, Madrid. That represents a national increase of over 1,500 in 24 hours. The country had 136 deaths, up from 120. 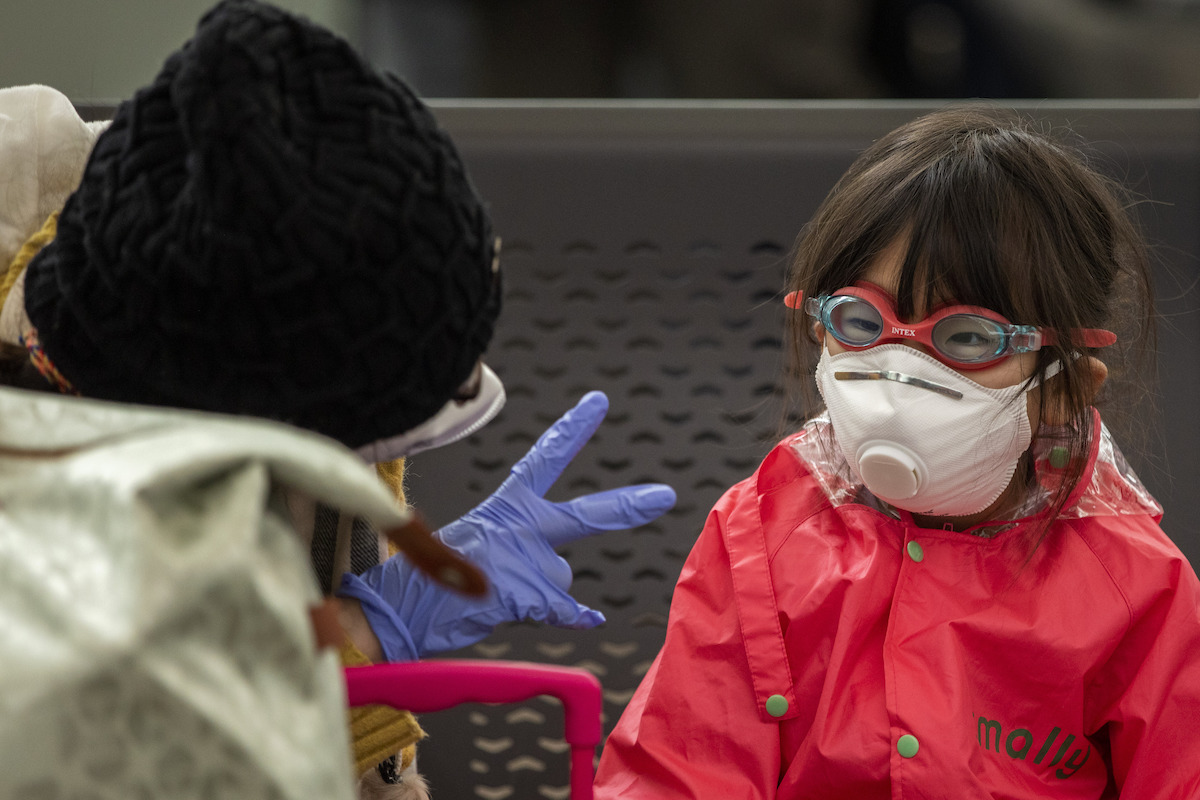 A woman plays with her daughter as they wait at Barcelona airport, Spain, Saturday, March 14, 2020. (AP Photo/Emilio Morenatti)

Spain has the fifth-highest number of cases, behind China, Italy, Iran and South Korea. By Saturday, more than 145,000 infections and over 5,400 deaths had been recorded worldwide.

Shoppers packed some supermarkets in Spain early in the morning despite calls for calm from authorities. But overall, the normally bustling streets of the country’s two biggest cities were noticeably quieter as the message sank in that social distancing is the only way to stop the pandemic.

“We had to close and remain shut for 15 days,” restaurant owner Rachel Paparardo said in Barcelona. “But this is nothing. It is just so more people don’t get infected and we can recover from this.”

The number of new cases has dwindled in China, but the virus has in recent weeks spread exponentially in the Middle East, Europe and North America, leading President Donald Trump to declare a state of emergency for the United States on Friday.

Europe has now become the epicenter of the COVID-19 pandemic, with countries imposing a cascade of restrictions in an effort to prevent their health systems from collapsing under the caseload.

Spain’s measures to date, though, had fallen short of those ordered by Italy, the worst-hit European country, where the number of cases climbed past 17,600, with 1,266 deaths. The government in Rome has ordered an unprecedented lockdown, ordering businesses to close and restricting people’s movement.

Mayors of many Italian cities, including Rome and Milan, decided to close public playgrounds and parks. Under a decree issued earlier in the week, people had been allowed in parks as long as they kept at least a distance of 1 meter between each other.

While limiting public life to a minimum, Premier Giuseppe Conte has said production —particularly of food and health supplies— must not stop. On Saturday morning, union and industrial leaders reached an agreement on special measures to keep factories running.

At noon, people around Italy came out on their balconies, terraces or gardens or simply leaned out from open windows to clap for several minutes in a gesture of thanks to medical staff.

For most people, the new coronavirus causes only mild or moderate symptoms, such as fever and cough. For some, especially older adults and people with existing health problems, it can cause more severe illness, including pneumonia. The vast majority of people recover in a matter of weeks.

Elsewhere in Europe, some countries moved to isolate themselves from their neighbors. 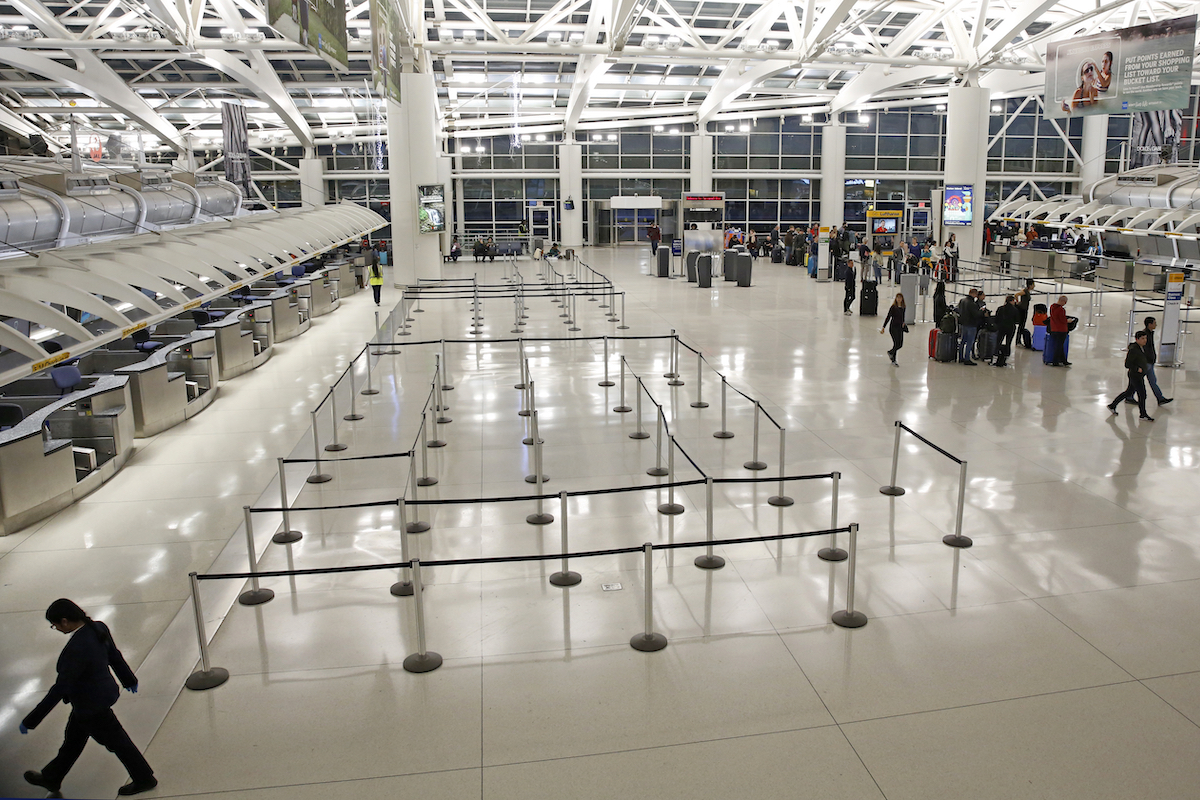 Denmark closed its borders and halted passenger traffic to and from the country. Travelers will be turned away at the border if they are unable to show that they have “a legitimate reason” to enter—for example, if they are Danish citizens or residents.

“I know that the overall list of measures is very extreme and will be seen as very extreme, but I am convinced that it’s worth it,” Danish Prime Minister Mette Frederiksen said.

Poland planned to close is borders at midnight and deny all foreigners entry unless they lived in Poland or had personal ties there. Non-citizens allowed in will be quarantined for 14 days. The Czech Republic and Slovakia took similar action. Lithuania said it was introducing border checks at the frontiers with Poland and Latvia for 10 days and was considering banning foreigners from entering.

Russia said its land borders with Norway and Poland will be closed to most foreigners beginning Sunday.

On the other side of the globe, New Zealand announced that incoming passengers, including New Zealand citizens, will be required to isolate themselves for 14 days, with few exceptions. Philippine officials announced a night curfew in the capital and said millions of people in the densely populated region should leave their homes only during the daytime for work or urgent errands.

The measures increasingly mirror those taken by China, which in January made the unprecedented decision to halt outbound transportation from cities with a combined population of more than 60 million people, starting with the epicenter, Wuhan, in the central province of Hubei.

The spread of COVID-19 in the country has slowed dramatically, according to China’s National Health Commission. After reporting thousands of new cases per day only a month ago, the commission said Saturday that there were 13 new deaths and just 11 new cases, including people who recently arrived in China from other affected countries like Italy.

Hundreds of parks, museums and art galleries have reopened in Shanghai.

In Britain, the death toll nearly doubled from the day before to 21, and the number of people infected rose to over 1,100.

In the U.S., which has reported 51 deaths, Trump said the new emergency decree will open up $50 billion for state and local governments to respond to the crisis. The president said the decree also gave the U.S. health secretary emergency powers to waive federal regulations to give doctors and hospitals more flexibility in treating patients.

Drug company executives vowed to work together and with the government to quickly expand the country’s coronavirus testing capabilities, which are far behind those in many countries. 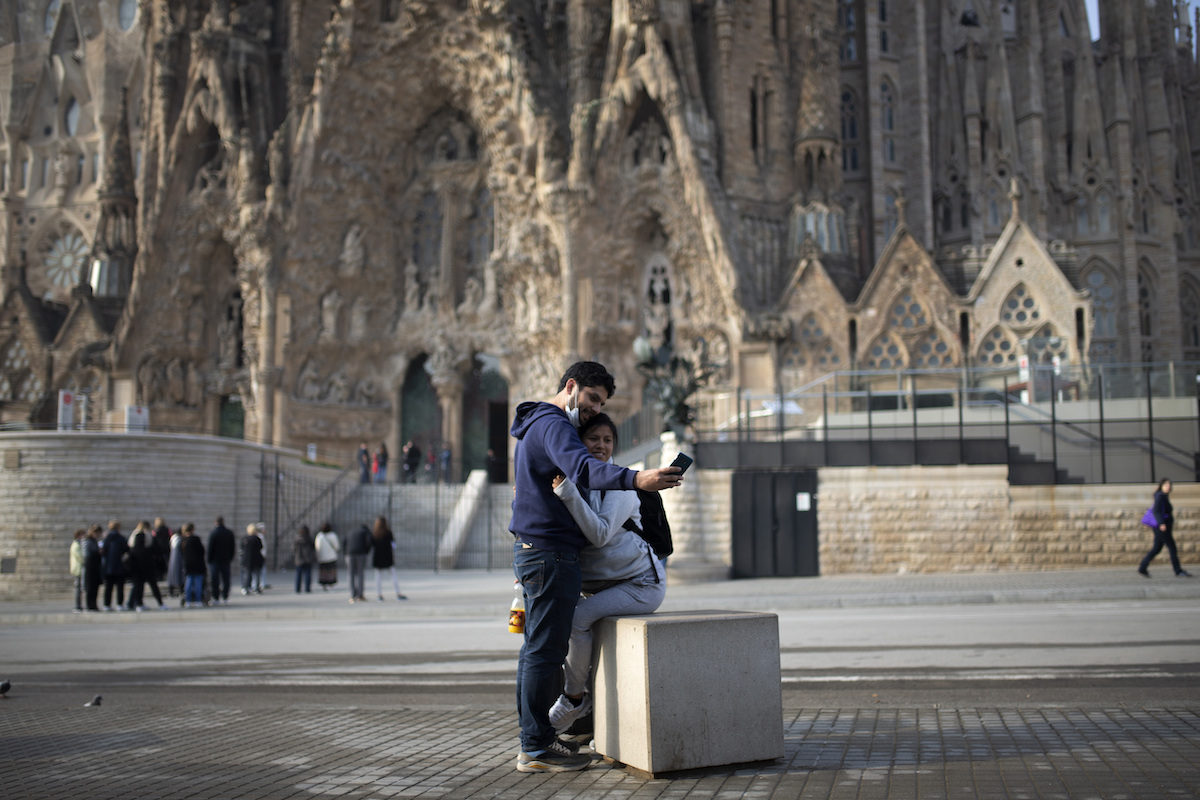 Cases topped 2,100 across the U.S., where thousands of schools have been closed, concerts and sporting events canceled and Broadway theaters shut down. Trump has halted his political rallies, following the lead of Democratic rivals Joe Biden and Bernie Sanders.

Follow AP coverage of the virus outbreak here and here.