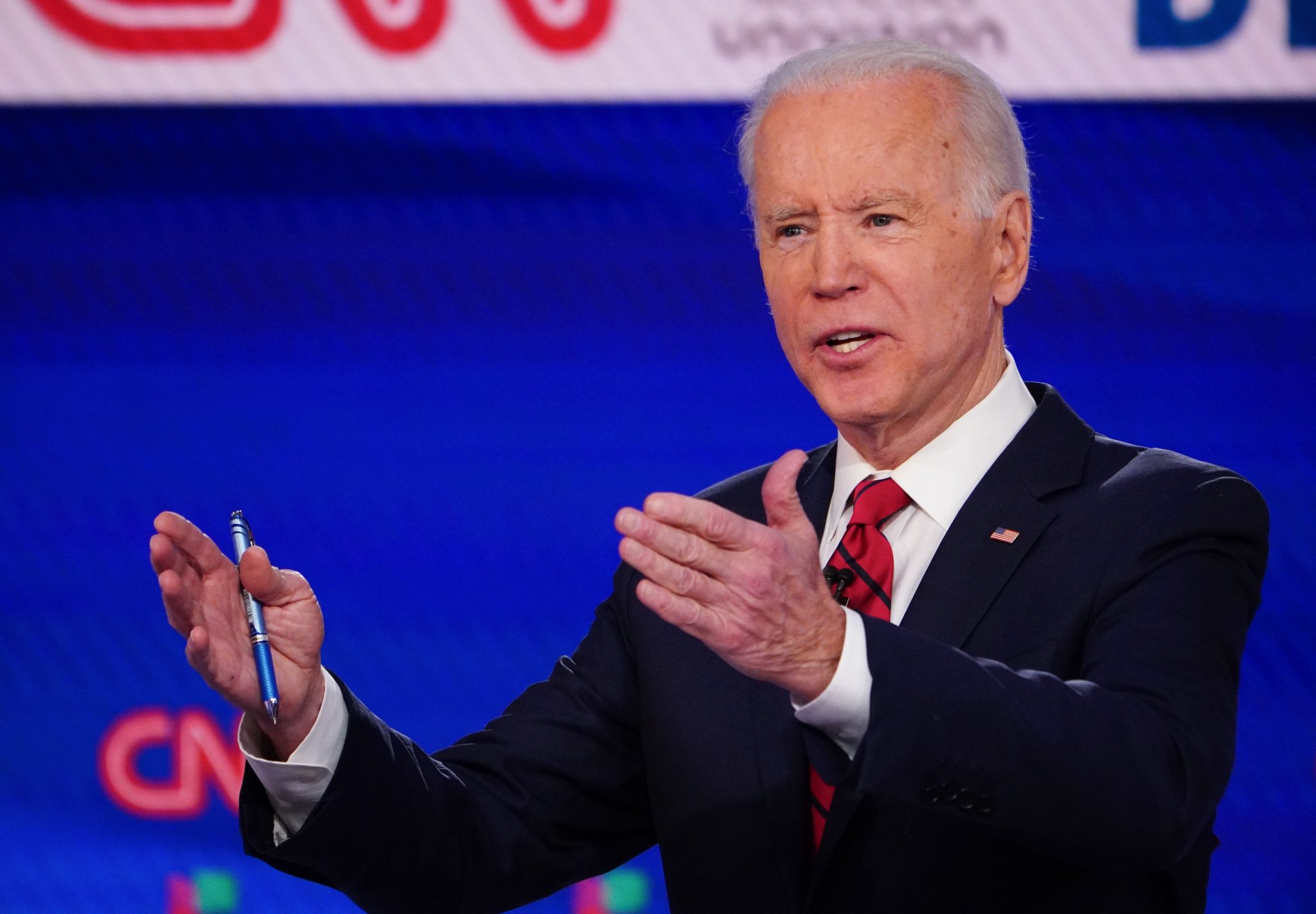 In Florida, where Latinos make up 1 of 5 Democrats in the state, New York Times exit polls updated on Wednesday said that Biden won 51 percent of the state’s Latino vote to 31 percent for Sanders.

About 12 percent of voters in Illinois are Latino. The Wednesday New York Times exit polls showed that Sanders won 50 percent of the Latino vote with Biden taking 39 percent.

Various polls ahead of the primaries have found that about two-thirds of Latino voters nationwide plan to vote for a Democrat over President Trump in the November presidential election.

Voto Latino is a grassroots group “focused on educating and empowering a new generation of Latinx voters, as well as creating a more robust and inclusive democracy,” according to the organization’s website.

Kumar added, “Four million young people who heard the president call their loved ones criminals and rapists have come of age since those terrible remarks and will be eligible to cast a vote for the very first time this November.”

Deportations Continue Despite Spread of the Coronavirus

While federal authorities, including President Trump, have pledged in daily press briefings to do all they can to protect the American people from the widening threat of COVID-19, little if anything is said about how immigrants might be affected.

Immigrants being held in overcrowded federal detention facilities, for instance, could face more health risks in the era of the coronavirus. Nearly 20,000 immigrants are being held in Immigration and Customs Enforcement (ICE) facilities nationwide, including seven sites in Arizona, according to a recent Arizona Republic report. About 19,000 people are detained in Customs and Border Protection facilities.

On Monday, the American Civil Liberties Union and the Northwest Immigrant Rights Project sued to get the Trump administration to “release a group of sick and elderly immigrants from a detention center in the Seattle area,” now a major epicenter of the coronavirus infections, CBS News reports.

Generally speaking, the deportation of undocumented immigrants by the U.S. is continuing uninterrupted, though Guatemala and Honduras have announced a block on deportees coming from the United States.

While ICE has not reported any cases of the coronavirus among detainees, the Guatemalan government has blocked deportation flights from the United States “to prevent the spread of the coronavirus,” according to the Los Angeles Times. The U.S. has sent hundreds of refugees in recent months to Guatemala, even if they aren’t Guatemalan, as part of a controversial arrangement that requires many refugees to first apply for asylum there.

Honduras has also blocked the return of deportees from the U.S., after three of its citizens were returned exhibiting symptoms of the coronavirus, though there has been no confirmation the migrants have the disease.

On Wednesday, The New York Times reported the Trump administration is looking at turning back all people who cross undocumented at the U.S.-Mexico border undocumented no matter what their country of origin.

According to the Times, “The Trump administration plans to immediately turn back all asylum seekers and other foreigners attempting to enter the United States from Mexico illegally, saying the nation cannot risk allowing the coronavirus to spread through detention facilities and Border Patrol agents, four administration officials said.”

The White House and the Center for Disease Control and Prevention (CDC) have released new coronavirus guidelines asking Americans to “avoid social gathering in groups of more than 10 people,” keep schooling at home, avoid non-essential travel, and advising that elderly people stay at home.

The March 16 federal guidelines were not initially shared in Spanish, according to Latino Rebels, which first reported the issue. By March 17 at night, translated guidelines were made available to the press.

So this is what they shared with journalists. It's not even designed yet. This is first part pic.twitter.com/oPjw4HUwaf

This is third part pic.twitter.com/EG5eVzOedU

After the Latino Rebels story was published, Latino groups began to criticize the failure by the White House and the Center for Disease Control and Prevention to release Spanish-language coronavirus guidelines, according to NBC Latino.

“Darryl Morin, president of the advocacy group Forward Latino,” the news site report, “sent a letter Tuesday to CDC Director Robert Redfield and Health and Human Services Secretary Alex Azar, urging that the guidelines be made available in Spanish.”

The national Latino advocacy group, UnidosUS, has posted information in Spanish about the coronavirus on its website and via its social media platforms. The nonprofit Bold Democrats translated and posted the White House guidelines in Spanish on Twitter.

The @WhiteHouse released its "Coronavirus Guidelines For America" in English: https://t.co/L9XRh50YKz

Since Trump failed to release them in Spanish, BOLD PAC decided to do it for him. Our families deserve access to public health info in a language they understand + trust. pic.twitter.com/1Gb0m8nAZj