All Latinos Don’t Vote the Same Way: Their Place of Origin Matters 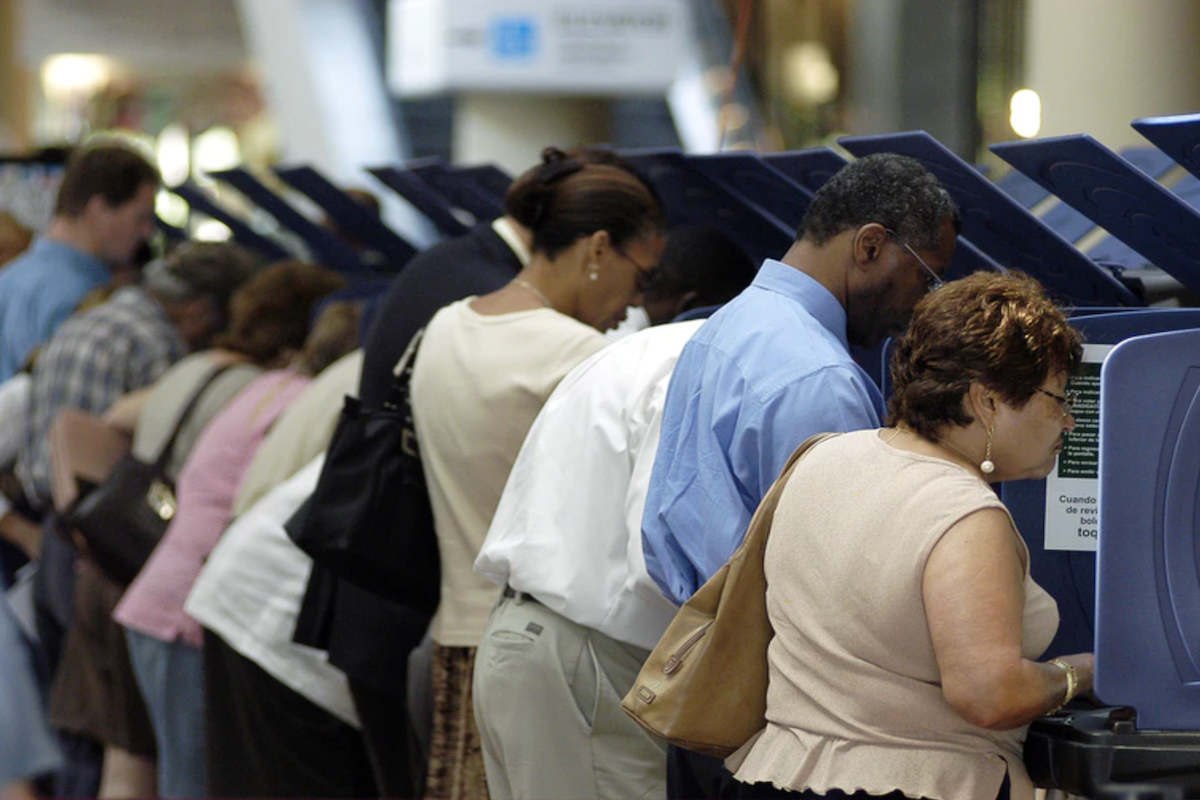 Polls have been tracking the Latino vote in Democratic presidential primaries, and many analysts are trying to predict which candidate Latinos might favor in November. Interest in Florida has been especially strong.

Observers commonly speak of “the Latino vote” as if Latinos make up a distinct and unified interest group. This both overstates and understates Latinos’ uniqueness. Latinos are a highly diverse population, beginning with where they and their families are from. For many Latinos, political events that affect their places of origin significantly influence their electoral preferences.

Given the uneven geographic distribution of Latino communities, these differences may be consequential in certain state elections, as seen most clearly in Florida, where Latinos make up 20% of the eligible electorate.

Since Florida is an important swing state, these voters’ choices can make a difference to national election outcomes.

Breaking Down the Latino Vote

As a group, the nation’s 32 million Latino potential voters are somewhat more likely than non-Latinos to lean Democratic. About 62% identify with or lean toward the Democratic Party, while 34% affiliate with or lean to the Republicans.

Their policy preferences align broadly with those of their parties, but the partisan gap tends to be smaller than among U.S. voters as a whole. In a 2019 Pew survey, for example, 82% of Latino Democrats and 51% of Latino Republicans believed government “should do more to solve problems.” Among non-Latinos, the corresponding figures were 79% and 22%.

An important way in which Latino voters differ from non-Latinos, and vary among themselves, relates to where they or their forebears came from.

Voters who identify as Latino vary in their places of origin. The ancestors of some lived in North America long before the westward expansion of the United States; Puerto Ricans became U.S. citizens after the Spanish-American War; and millions of others immigrated from nations throughout the Americas and the Caribbean.

Mexican Americans are the largest group, at about 60% of eligible Latino voters. Puerto Ricans come second, with 14%, followed by Cubans at 4%.

In our research on the recent wave of migrants from Central America, we highlighted the problems, from economic insecurity to the prevalence of violence, that motivated people to undertake the often-treacherous journey to the United States.

Our present work examines how the voting preferences of some Latino migrants continue to be shaped by political events and conditions “back home,” even decades after leaving.

The persistent power of the place once called home to shape electoral choices is most apparent among two groups, Cuban Americans and Puerto Ricans. Both have large communities in Florida, giving that state a unique demographic profile.

Florida’s Cuban American voters have long made toppling the communist government of Cuba a priority in presidential and congressional elections.

Unusual among Latinos, Cuban Americans have historically favored Republicans, although this preference is declining. Still, in 2016, Donald Trump got more than half of Florida’s Cuban American vote, compared to only a quarter of non-Cuban Latino votes. As a rough estimate, about half a million Cuban Americans voted in the Florida election. Trump won the state by only 112,911 votes.

Many Cuban Americans have pressed their elected representatives for more aggressive U.S. policies aimed at ousting both the government of Cuba and the pro-Cuban socialist government of Venezuela. These voters are joined in this by many in the state’s growing Venezuelan community, as well as residents of Colombian and Nicaraguan heritage.

These communities’ influence can be seen in the strong language Florida’s congressional Democrats use to criticize the autocratic governments of communist Cuba and socialist Venezuela.

I'm hoping that in the future, Senator Sanders will take time to speak to some of my constituents before he decides to sing the praises of a murderous tyrant like Fidel Castro. https://t.co/Iwvmay9LOH pic.twitter.com/KT9sQ0pfkh

In recent decades, Cuban Americans’ attitudes about regime change in Cuba have become more divided. Polls reveal emerging splits between those who left Cuba before 1980 and those who left more recently or were born in the U.S. The younger voters and more recent migrants favor a friendlier stance toward Cuba: ending the U.S. embargo, lifting travel restrictions and deepening diplomatic relations with the island.

In a 2019 Florida International University poll of Cuban American adults in Miami-Dade County, home to almost half the Cuban Americans in the U.S., only 8% identified policy toward Cuba as the top issue influencing their votes in 2018. Domestic policy issues may take precedence, but concern about conditions in Cuba endures.

As the role of place begins to change within the Cuban American community, a new politics of place is becoming evident among Puerto Ricans.

After Hurricane Maria devastated the island in 2017, tens of thousands emigrated to the mainland, with at least one-third going to Florida to join the million Puerto Ricans already living there. Puerto Ricans might soon match Cuban Americans among the state’s eligible voters, though not yet in turnout.

Historically viewed as reliable supporters of Democrats, Florida’s Puerto Ricans have begun breaking old patterns. For example, many voted for Republican Rick Scott in his 2018 senatorial bid, a fact partly attributable to the multiple visits Scott made as governor to their hurricane-ravaged homeland.

In a 2019 survey of Puerto Rican likely 2020 voters in Florida, more than 90% said it would be important to their vote that a candidate offered “specific solutions for the economic recovery and well-being” of the island. 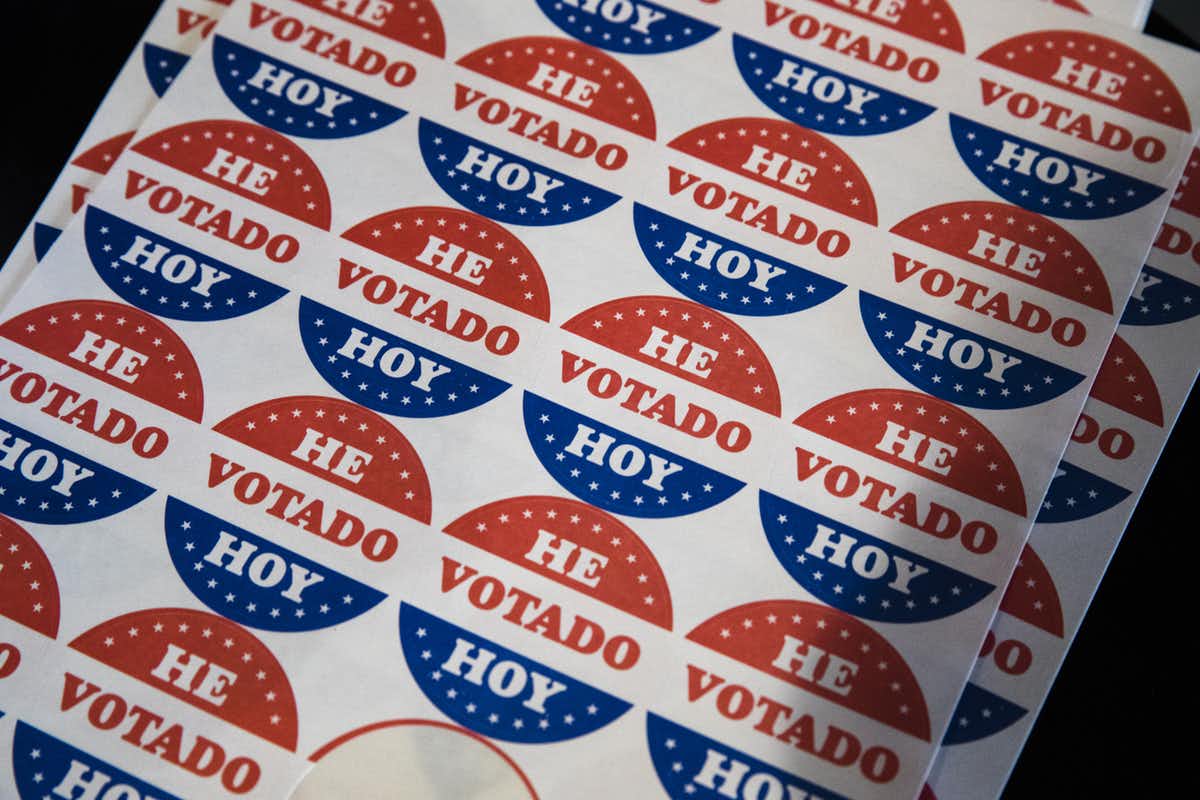 The pull of family roots also matters among other Latino communities. And “home” is clearly just one of the demographic factors that shape Latinos’ electoral choices. Gender, age, income and education are also influential, as they are with other American ethnic groups.

Moreover, the weight of “home” tends to decline over time. Surveys of people who identify as having Latino heritage have revealed that successive generations report lower levels of attention to politics in their country of origin.

However, to the extent that many Latino voters remain highly motivated by concerns about conditions “back home,” candidates seeking their votes will do well not to ignore this aspect of diversity.