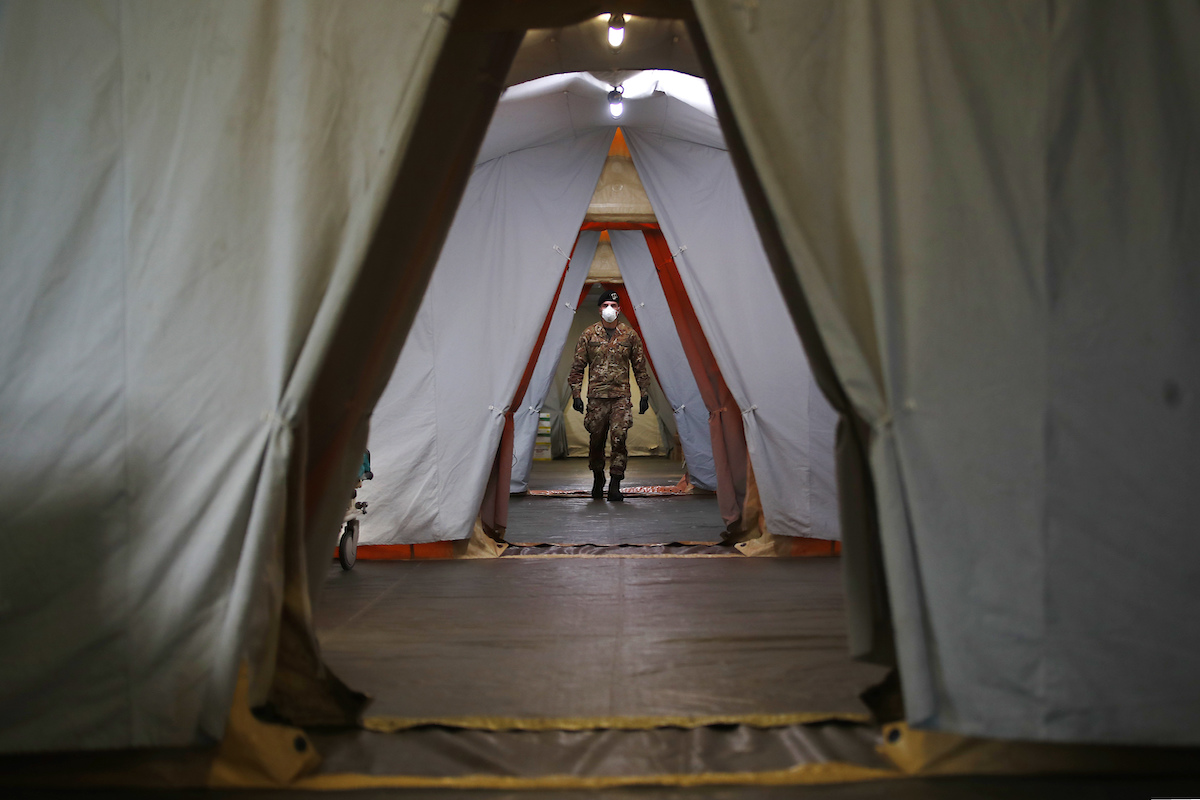 An Italian soldier walks inside the field hospital built in Crema, Italy, Tuesday, March 24, 2020. Cuba has sent a medical brigade to Italy to help treat coronavirus patients in the field hospital that was set up in Crema, one of Northern Italy’s areas most hit by the virus. (AP Photo/Antonio Calanni)

As virus deaths accelerate in the U.S., President Donald Trump has gone against the advice of scientists and top health experts, claiming he will reopen the country and its ailing economy in weeks, not months.

Around the globe, India, with 1.3 billion people, or one-sixth of the Earth’s population, ordered the biggest lockdown in the world, adding to the growing list of countries around the world and American states. Just when it looked as if Italy might have turned the corner, officials reported a jump in new cases and deaths. And Spain had so many corpses it commandeered an ice rink to store them.

More than 400,000 people worldwide have been infected and over 18,000 have died, according to a running count kept by Johns Hopkins University.

VIRUS BOT: While other industries struggle, Liu Zhiyong says China’s virus outbreak is boosting demand for his knee-high, bright yellow robots to deliver groceries and patrol malls looking for shoppers who fail to wear masks. Liu, CEO of ZhenRobotics Corp., is among millions of entrepreneurs who are gradually getting back to work after China declared victory over the coronavirus that shut down the world’s second-largest economy.