The Virus as Carnival (OPINION) 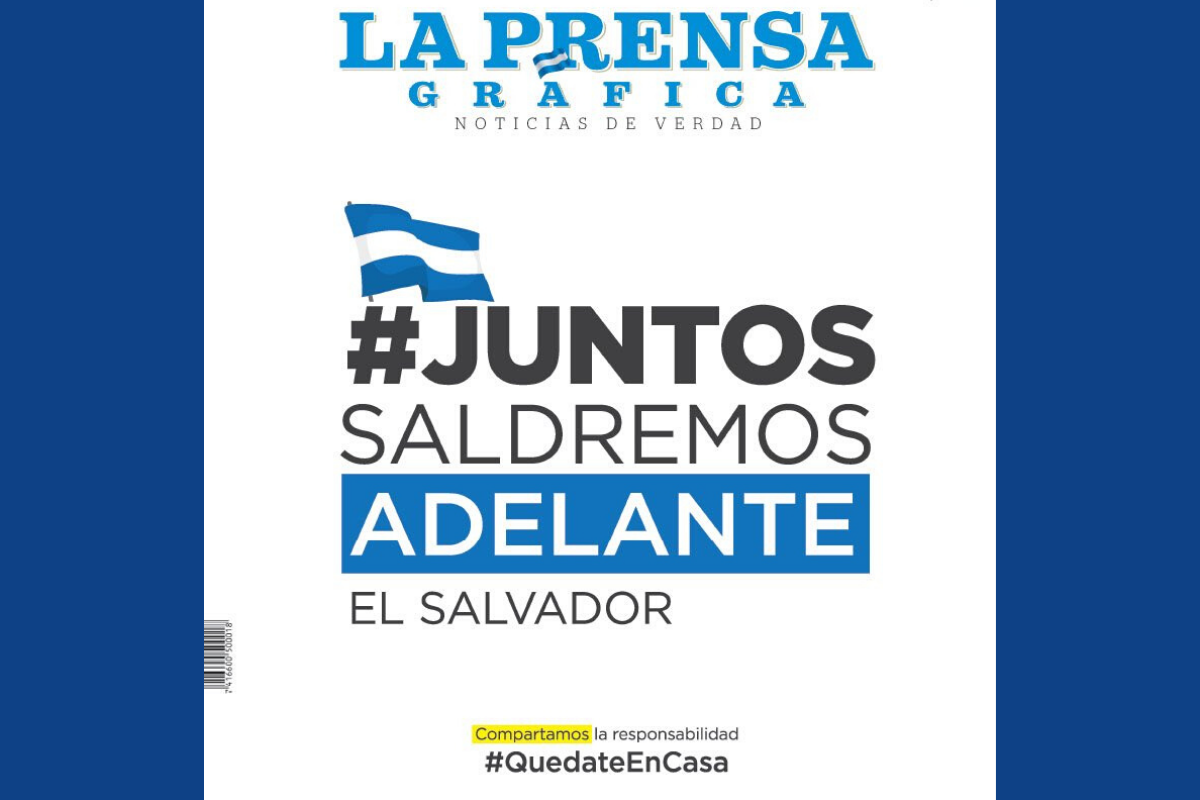 SAN SALVADOR, El Salvador — Since the Spanish influenza, the world hasn’t been like this: an enemy floating in the air, sticking itself to things, getting into us, leaving us bedridden, threatening to take away our loved ones.

As of this morning, COVID-19, or the coronavirus, has killed more than 19,000 people. We don’t know how many people it has infected, but it’s easily in the high hundreds of thousands—very likely more than what it being reported right now.

It has made most countries shut down flights and quarantine their populations through some version of “stay at home” orders. Certainly, a terrible evil hovers above us. But this is a strange evil—it doesn’t seem to understand the way things work around here.

This virus hasn’t followed the pattern of cholera, dengue, or malaria. It didn’t kill first, or nearly exclusively, the most marginalized. It didn’t begin in the shantytowns of Kenya, the favelas of Brazil, or the Rivera Hernández neighborhood of Honduras. It began in the guts of the world’s most formidable economic power. From there it spread to Europe. To prosperous and “modern” Europe.

Here in Latin America, for the first time in about 500 years, we don’t automatically trust those coming from the other side of the ocean. Suddenly, it is risky to be around the middle and upper classes. In El Salvador, and throughout the region, the poor cover their mouths, keep their distance, and avoid shaking hands with the wealthy. It is those who travel, those who can travel, whose presence causes concern. In Uruguay, for example, the virus stowed away on a fashion designer who flew home from Spain and infected dozens at a social event in Montevideo’s exclusive neighborhood of Carrasco. Now, for the first time, we are the suspicious ones, asking questions of those who are coming to our region.

On March 8, Salvadoran president Nayib Bukele prohibited Italians and Germans from the country. This is without precedent. The next evening, he added Spaniards. Salvadorans returning from these countries were made to go through improvised quarantine spaces (where they still remain).

These are not the first shelters built for catastrophic situations. During earthquakes and violent tropical storms, temporary shelters are often built. They are usually uncomfortable places, improvised in schools or community centers. The flimsy cots or bare mattresses are usually filled by single mothers, the elderly homeless, farmers without a harvest, the 30% of the population who live on less than $5 a day and cannot “budget” for emergencies. Not this time. This time, people arrive at these shelters with suitcases and face masks, wearing the clothes that are “in” this season, and demanding that the state provide them with food and quality care. They look like penguins in the desert. These shelters haven’t ever been for them, and this virus doesn’t understand anything.

On March 15, something historic happened in El Salvador. Nobody paid much attention, but it was extraordinary. El Salvador closed its borders to everyone, including the United States. The government of the smallest country in the Americas —whose population spills out, in a torrential flow, towards the borders of the north, filtering through rivers and deserts and tunnels, dying on rafts and freezing in the “icebox” cells when they are detained— refused entrance to U.S. citizens. Just a month ago the possibility that something like this would happen was unthinkable. Yet now, Guatemala, Honduras, and Ecuador have followed suit. The virus definitely doesn’t know anything about history, or walls, or deportations. It doesn’t understand that borders close there, not here.

The virus got confused. If it would have consulted with its ancestors, it would have known that it was supposed to first attack the body of a Moroccan prostitute, a Venezuelan migrant, or a homeless Palestinian child, perhaps. But this is the wayward son of pandemic illnesses. In its repertoire of incongruencies, this dissident virus has infected Tom Hanks and Rita Wilson, Idris Elba, a few NBA players, and European soccer stars. It brought its fevers and dry coughs to the press secretary of the right-wing Brazilian president, Jair Bolsonaro, who was this close to infecting one of the most powerful men in the world, Donald Trump.

But it won’t be like this for long. As the virus passes more time with us, it will learn how things are done. How we are as human beings. We will teach it. Soon, its worst effects will take its toll on the poor —who cannot stop working without literally starving, who cannot wash their hands without access to clean water, who cannot count on a respirator to save them when they fall ill— and the inequities of our world will fall back into place. Though the virus came with the upper class, they alone have the means to make social distancing work on the long run. Soon, the virus will arrive full force in Latin America and it will learn to treat the poor just like its predecessors. With fury. It will get to Africa and the most vulnerable regions of Asia and it will learn, like the snake, to bite the bare foot.

In medieval Europe, a society clearly marked by differences between nobles and plebes, between those who had much and those who had hardly anything, there was a moment when the world turned upside down, when the poor could act like the rich and the rich treated like the poor. Carnival. They weren’t very long periods. It lasted a few days or a week at most. But during these special moments the jokes and satire were directed at the masters. When Carnival ended, the world went back to “normal,” until it didn’t. Until society erupted into revolutions, deposing kings and nobles, and building a whole new idea of the world. Maybe this virus will do the same for us. Maybe we don’t return to “normal.” Sooner or later our world of gross iniquities was going to have to change, just like the middle ages, just like that other era of nobles and peons.

The virus is a fast learner. The poor classes of the whole world will feel its havoc and it will change, forever, the way in which we understand the world and human relations. Like September 11 transformed travel (now it wouldn’t even occur to anyone to take a lighter in their carry-on), we will adapt. Post-coronavirus, we will think three times before kissing a new person. The elderly, those who survive, will open their doors with face masks and untrusting eyes when their grandchildren come to visit, sinking deeper into the loneliness which the first world already confines them to.

But it will also leave advances in health, the capacity to confront future pandemics more rapidly, a certainty among governments that healthcare requires a bigger budget. And, I’ll add to the list, I hope it will leave the wisdom that happiness isn’t measured in ones and zeros but in the possibilities of being with the people you love, being able to feed them, that taking care of your elderly parents is a privilege, not a chore. I also hope it leaves something else. Now that the more fortunate classes know a bit of what it is like to be the suspicious ones, marginalized —even if it is for only a few months— maybe we will treat those who live this from birth till death with a bit more empathy.