Mexico President to Continue Travel, Asks Fans to Stay Away 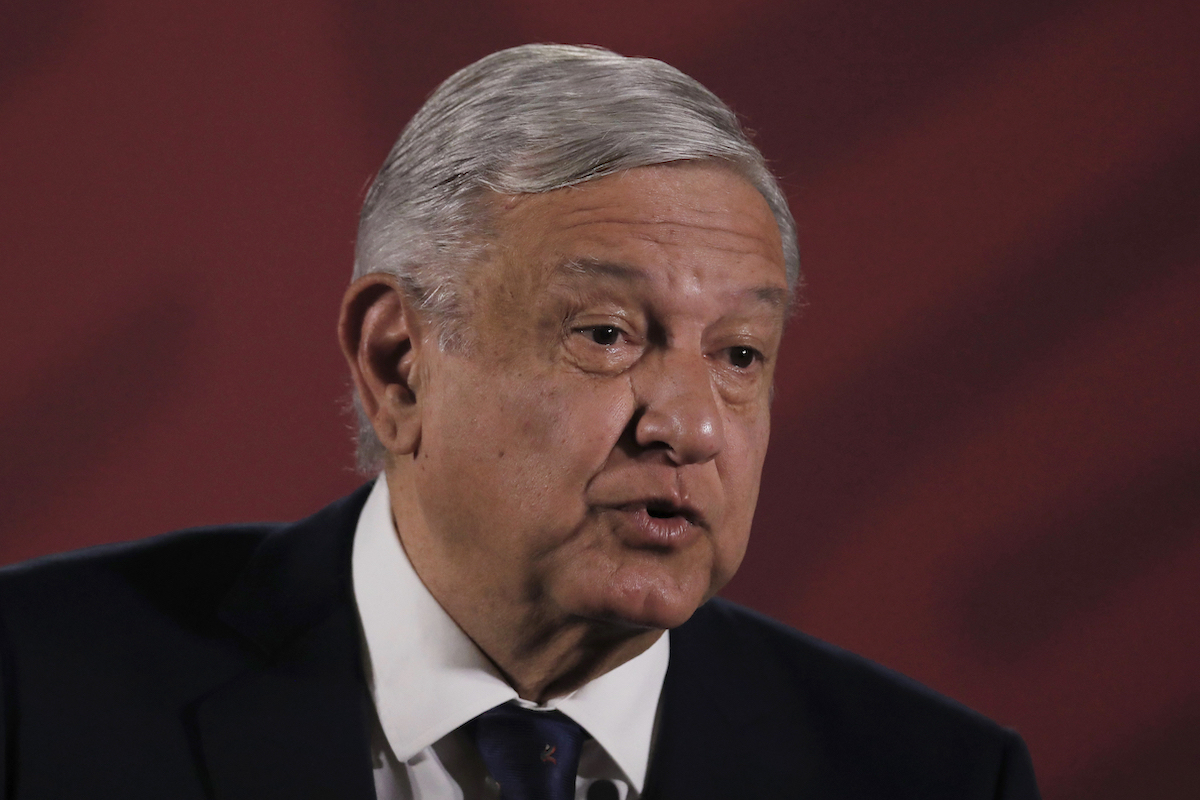 MEXICO CITY (AP) — Mexico President Andrés Manuel López Obrador said Friday he will maintain his busy travel schedule dedicating infrastructure projects around the country in spite of growing restrictions prompted by the coronavirus epidemic, including a shutdown of most federal government operations.

López Obrador was scheduled to take commercial flights Friday to the western state of Nayarit and later to the northern border state of Baja California before finishing the weekend in Sinaloa.

However, the president said he doesn’t want people gathering in airports to see him like they usually do to shake hands and request selfies.

“Whoever comes to see me in the airport is there because my adversaries sent them,” López Obrador said. “So that the media outlets that don’t love us can send the story, ‘There’s the president, giving a bad example.'”

He was criticized last weekend on a similar swing in the southern state of Oaxaca for stopping to eat in a local restaurant and for urging Mexicans to continue to eat out in spite of the virus. He said Friday he would continue to evaluate the situation, but for now planned to continue traveling.

Mexico had reported 585 cases of the coronavirus and eight deaths as of Friday. The virus causes mild or moderate symptoms for most people, but older adults and those with existing health problems are especially vulnerable to more severe problems. 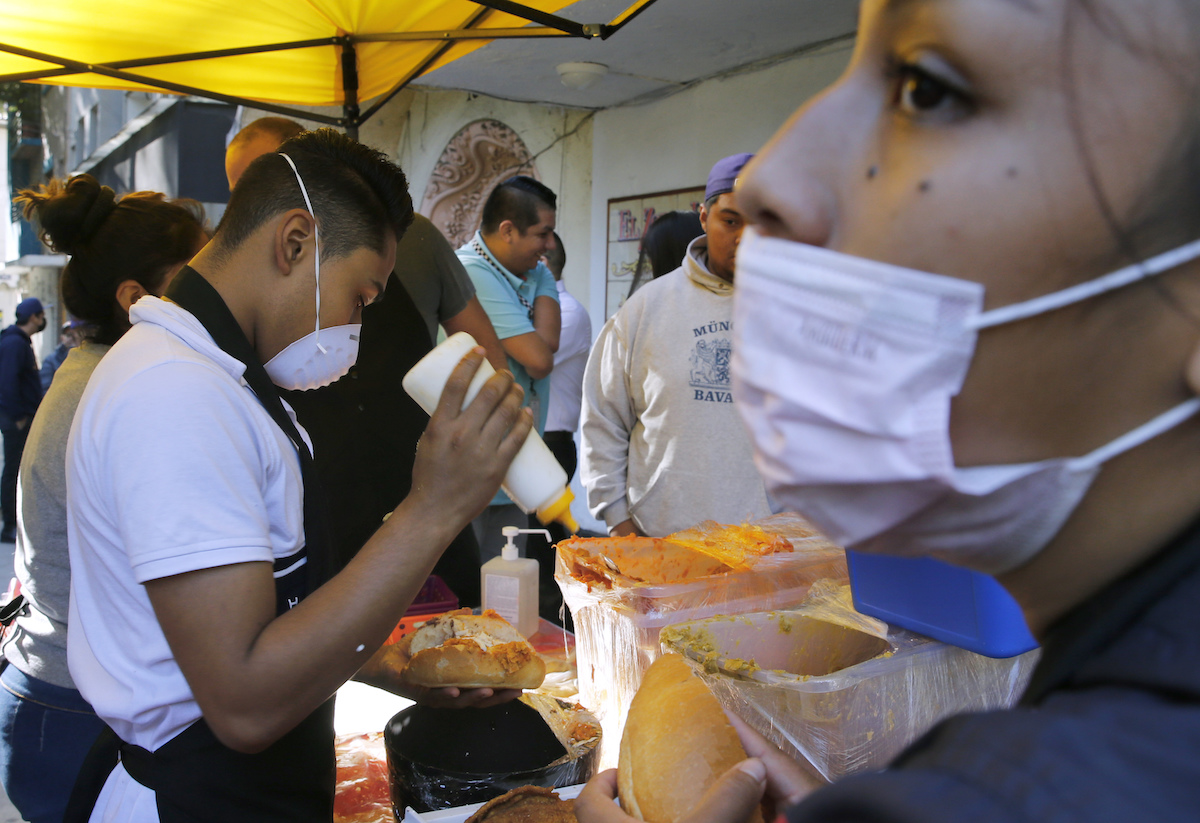 López Obrador has been criticized for not taking the epidemic seriously enough, but in recent days has made more of an effort to urge Mexicans to stay at home and be aware of the symptoms. On Thursday, the federal government shut down for all but essential services and health officials have urged businesses to keep employees at home for all but essential activities.

But López Obrador said that his infrastructure projects — like a tourist train that will circle the Yucatan Peninsula and community building projects like drainage and new roads he planned to visit over the weekend —must continue because they provide jobs.

“The intention is the balance between the medical, the health and the protection of the popular economy,” he said. 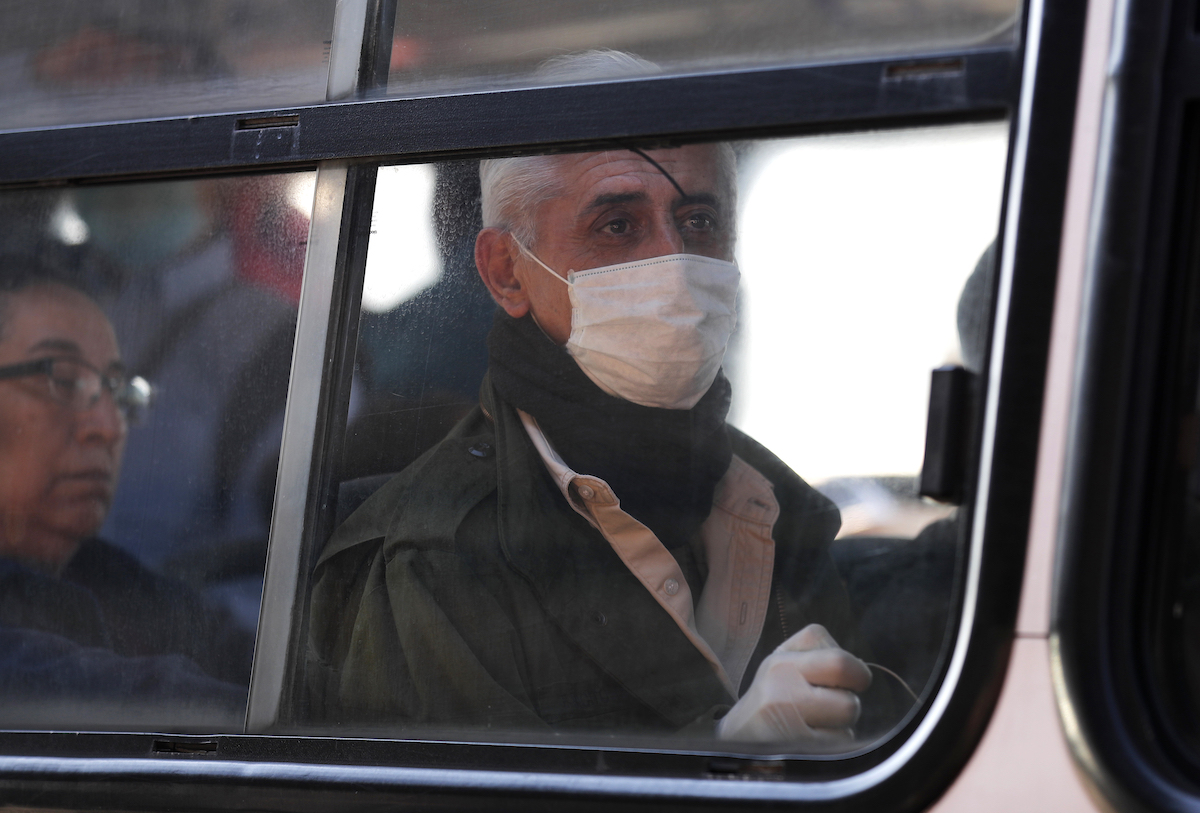 A bus passenger wears a protective mask as a precaution against the spread of the new coronavirus in Mexico City, Friday, March 27, 2020. (AP Photo/Marco Ugarte)

Some countries that have strong formal economies can more easily say to shut everything down, the president said, but half of Mexicans work in the informal economy. “If the people don’t work, they don’t eat.”

“These projects are needed… they’re jobs,” López Obrador said. “We stop and there are masons, construction workers who are left without work. So we have to continue with the care that’s necessary, that’s required and is already being applied.”