Coronavirus Makes It Harder for Campaigns to Ask for Money 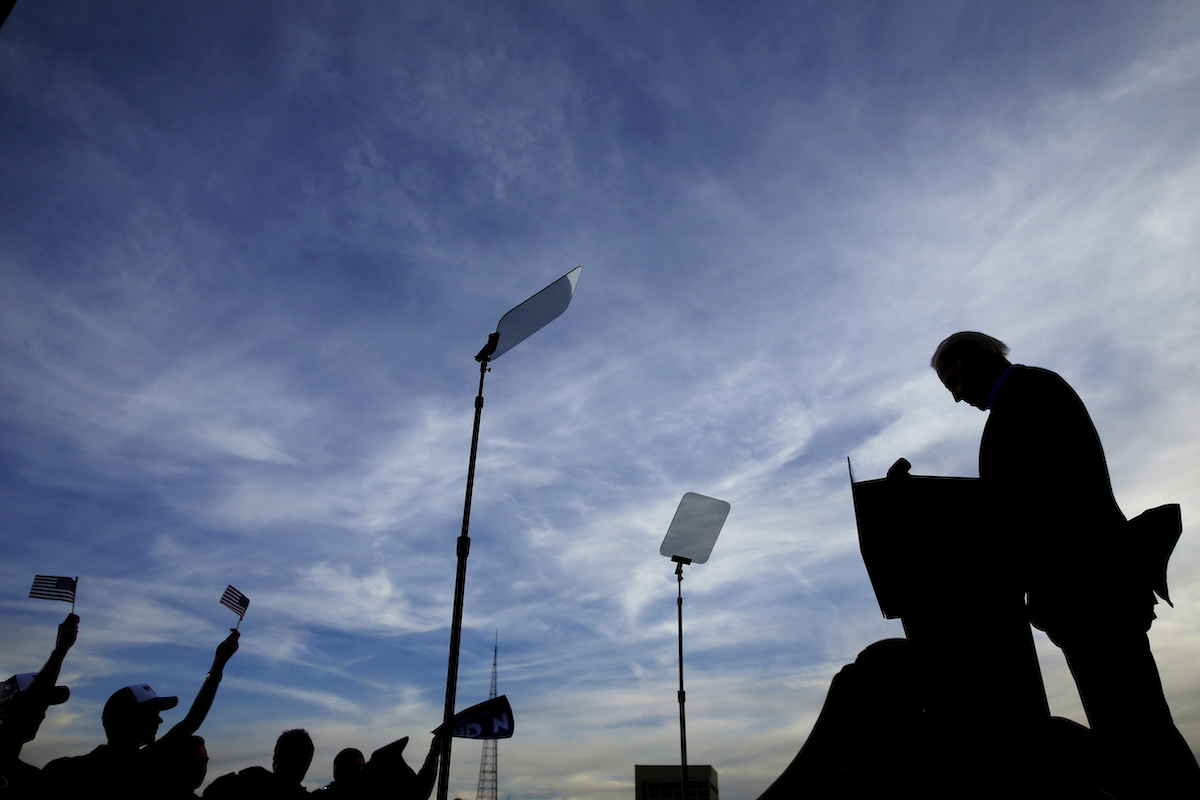 What used to be a routine request for political cash could now come across as tone-deaf or tacky. The two also run the risk of competing for limited dollars with charities trying to raise money for pandemic relief. With a recession potentially on the horizon, there’s a question of whether wealthy donors are in a giving mood and whether grassroots supporters who chip in small amounts will still have the wherewithal to keep at it.

That presents a delicate challenge as both candidates try to stockpile the massive amounts of cash needed for the general election campaign.

“It’s hard to have a conversation with someone right now to ask how they’re getting by, and then ask them for financial support in the next sentence,” said Greg Goddard, a Democratic fundraiser who worked for Amy Klobuchar’s presidential campaign before the Minnesota senator dropped out of the Democratic race.

To Tim Lim, a Democratic consultant who worked for both Barack Obama and Hillary Clinton, “it’s a world where no one has a good answer.” He said that “on the fundraising side, we are going to take some massive hits as a party.”

The task is particularly acute for Biden. The former vice president is trying to pivot from the primary to the general election in a race essentially frozen by the virus.

He lacks Trump’s reelection cash reserves, which were built up over the past three years of his presidency. Biden also has yet to clinch the nomination and won’t be able to do so until postponed primary contests are held in the months ahead.

Vermont Sen. Bernie Sanders, his sole remaining 2020 rival, has given no indication that he will back out, despite Biden’s virtually insurmountable lead in the delegate race.

The pandemic has put all big-dollar fundraisers on hold, like all in-person political events. That’s forced Trump and Biden, for now, to rely on online fundraising.

Biden is holding virtual fundraisers via video conferences. But they lack the exclusivity and tactile nature of an in-person event, where donors can network, see and be seen. Biden and Trump continue to send out fundraising emails and texts.

“It isn’t easy for me to ask you for money today,” Biden campaign manager Jen O’Malley Dillon said in a fundraising email Thursday, seeking contributions as low as $5. “There are so many deserving charities and small businesses in your community where your money makes a huge difference right now. And of course, your own needs and the needs of your family take precedence.”

Trump repeatedly played down the threat posed by the virus in the early days of the outbreak, and his campaign was no exception. It blasted out fundraising texts with familiar themes, such as attacking Biden, Sanders and the media. The campaign enticed donors by offering Trump-themed items, including a set of shamrock whiskey glasses offered up in exchange for a $35 contribution around St. Patrick’s Day. 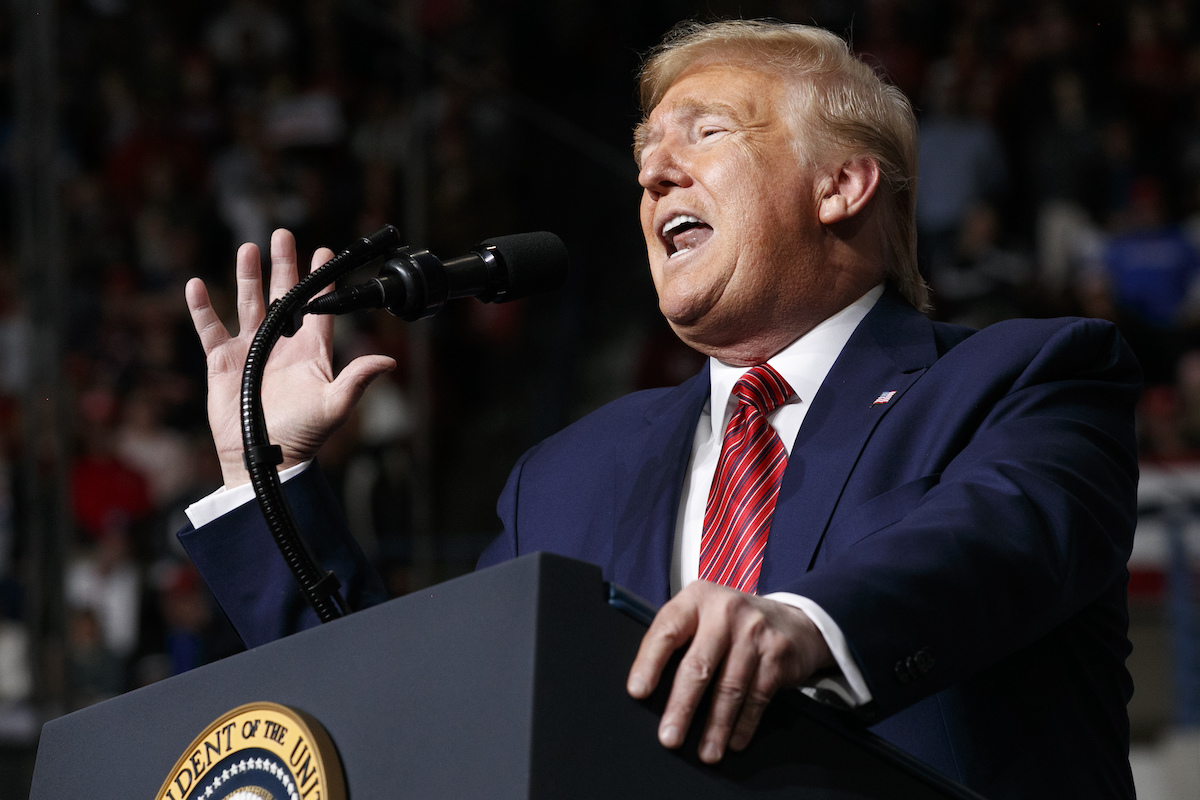 But in a March 12 message, his campaign also texted supporters a “coronavirus update,” which reflected Trump’s newfound concern over the virus and did not include a request for money.

“The safety, security, and health of the American People is President Trump’s top priority right now,” the message said. It also urged supporters to visit the U.S government’s coronavirus website to “learn ways to keep you, your family, and your community safe.”

His campaign has since returned to form, and one recent text excoriated former New York Mayor Mike Bloomberg, whom Trump nicknamed “Mini Mike,” for using a provision in campaign finance law to transfer $18 million leftover from his abandoned presidential campaign to the Democratic National Committee.

On Saturday, the Biden and Trump campaigns sent out multiple fundraising requests over email and text.

Biden asked for $5 while suggesting that Trump’s early minimizing of the virus means it “will hit all of us harder than it otherwise might have, and it will take us longer to recover.”

Trump sent out an email with the subject line: “LET’S CRUSH IT.” The email asked supporters to “keep America great” and suggested that donations would help block “radical SOCIALISTS like Crazy Bernie or Quid Pro Joe gain an ounce of momentum.”

Sanders has earned praise for turning to his army of small-dollar donors to raise $3.5 million for virus relief instead of his campaign. The senator, whose campaign is fueled by grassroots online donors, has stopped sending out fundraising emails.

“Right now my focus is on this extraordinary crisis,” Sanders told The Associated Press on Wednesday, after declining to discuss the future of his campaign.

Bloomberg also shelved plans to leverage his billions of dollars of personal wealth to run an outside group aimed at preventing Trump’s reelection. Instead, he recently promoted a $40 million philanthropic effort aimed at curtailing the spread of the virus.

While the virus has disrupted many facets of life, Democratic fundraisers are optimistic that a degree of normalcy will return eventually. That will be a benefit to Biden.

Trump, as the incumbent, controls the Republican National Committee, giving him a major fundraising edge Biden lacks because he is not the nominee. Fundraising committees controlled by political parties can take in massive sums for candidates, such as Trump, with whom they have entered into joint agreements.

The DNC does not yet have a similar arrangement with Biden. His supporters are laying the groundwork for when it does.

“People like me are quietly reaching out to the bigger donors to let them know we are about to enter the next phase,” said Steve Westly, a Silicon Valley venture capitalist. “There’s not a lot of fundraising going on right now, but the big picture is we’re getting near the time when the DNC will be involved and there will be much higher limits.”

Many Democrats also think Trump’s handling of the crisis will be a clarifying moment and they predicted an outpouring of donations once the campaign resumes.

“We are in a life or death situation, and people like the idea of a competent president, like Joe Biden,” said Mathew Littman, a former Biden speechwriter who is the executive director of Win the West, a pro-Biden super PAC that is focusing on Western states.

Still, Littman acknowledged that for at least the time being, fundraising might be a little slow.

“Not everybody is going to be able to donate to a super PAC, that’s for sure,” he said.

Associated Press writer Will Weissert contributed to this report. Catch up on the 2020 election campaign with AP experts on our weekly politics podcast, “Ground Game.”