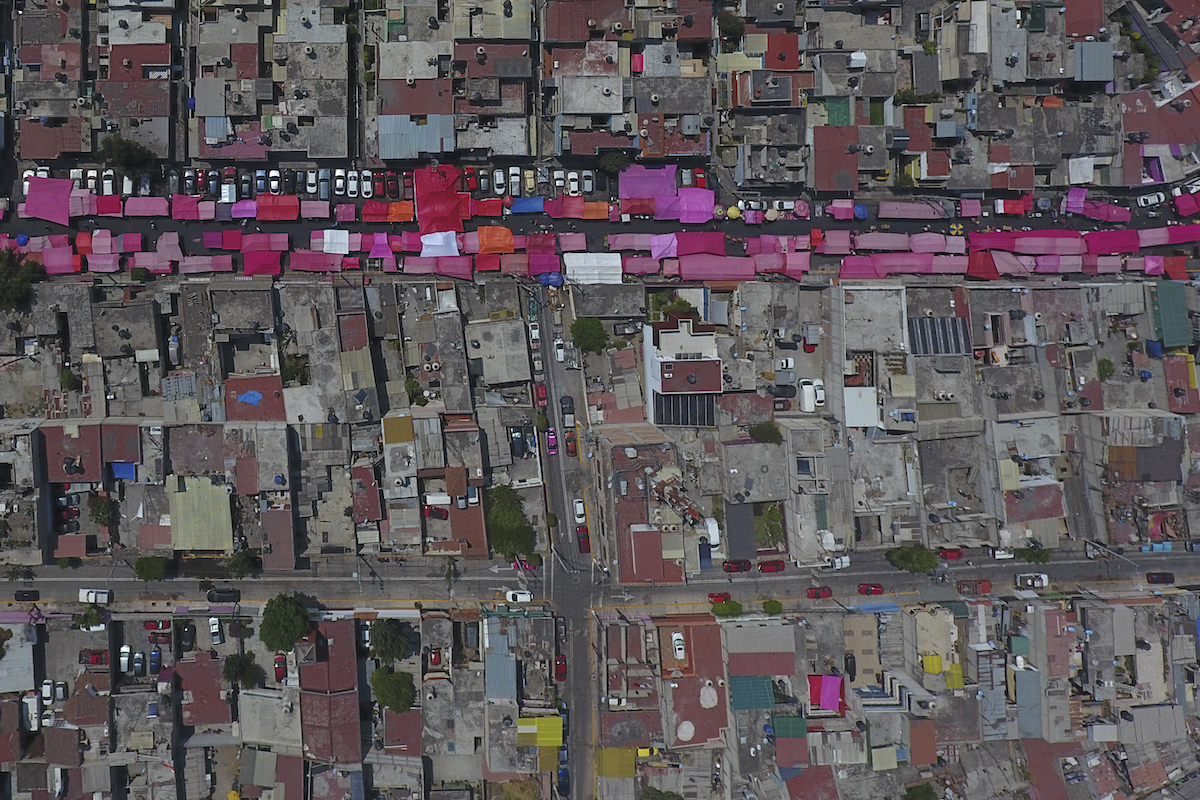 Stalls shielded from the sun with pink awnings line a road during a reduced, but still active weekly street market in northern Mexico City, Sunday, March 29, 2020, as many people stay home amid the spread of the new coronavirus. (AP Photo/Rebecca Blackwell)

MEXICO CITY (AP) — Mexico’s government broadened its shutdown of “non-essential activities” to the private sector and prohibited gatherings of more than 50 people to fight the spread of the new coronavirus.

The one-month emergency measures will be in effect from March 30 to April 30. Mexico had previously stopped non-essential government services and banned mass gatherings.

The move came as the number of confirmed coronavirus cases in Mexico reached 1,094, with 28 deaths.

Health Undersecretary Hugo López-Gatell said Mexicans would be urged to stay off the streets for one month, but announced no sanctions for not doing so. Mexico will ask older people who are at greater risk to stay at home, even if they work in so-called essential sectors like health care or law enforcement. 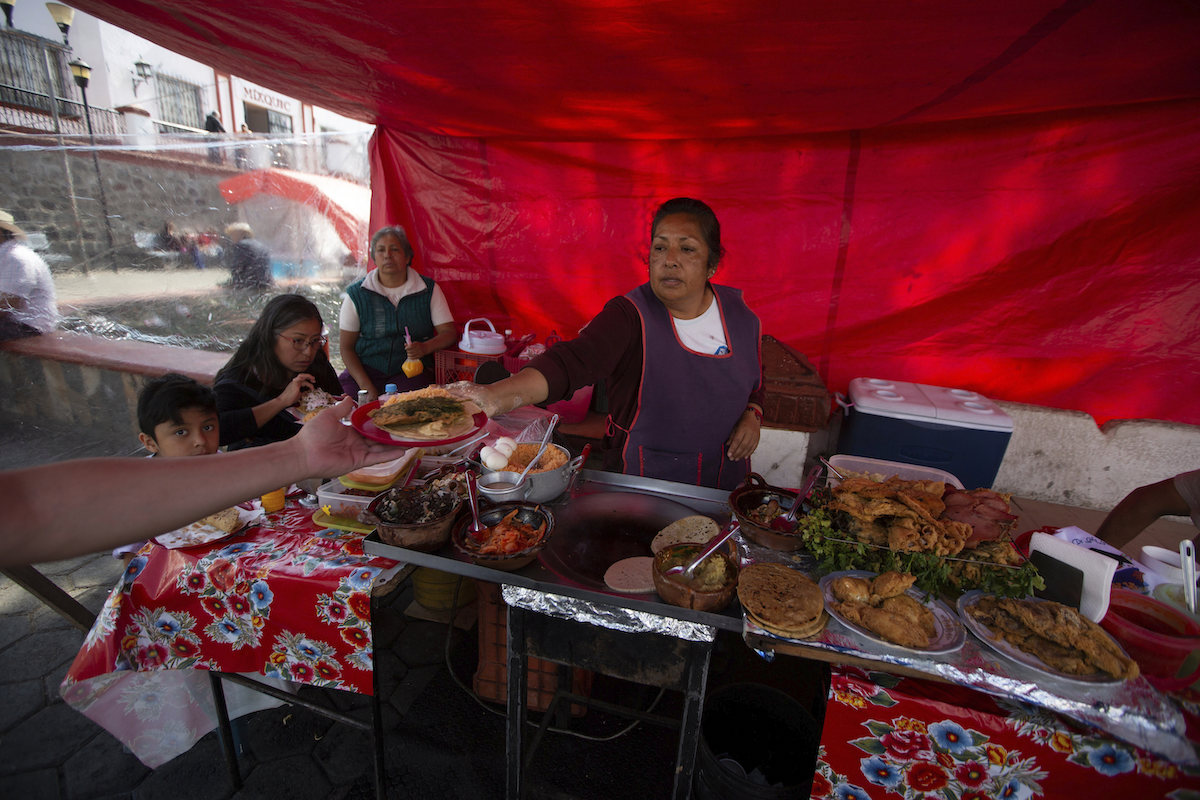 A woman serves tacos at a street restaurant at San Andres Mixquic, just outside Mexico City, Monday, March 30, 2020, amid the worldwide spread of the new coronavirus. (AP Photo/Fernando Llano)

He said traffic in recent days appears to have fallen by about 60%, but added that more was needed. He confirmed that a cluster of health workers at a clinic in northern Mexico had caught the virus, but said they were not infected by patients. He said they were infected by a doctor who apparently brought the infection in from his private practice.

The measures appeared to be largely voluntary and did not appear to prohibit the street markets that remain active in Mexico. But some state governors seemed more willing to use force.

Gov. Mauricio Vila of Yucatan state said that violating bans of public movement and gathering would be punished with fines or jail time. 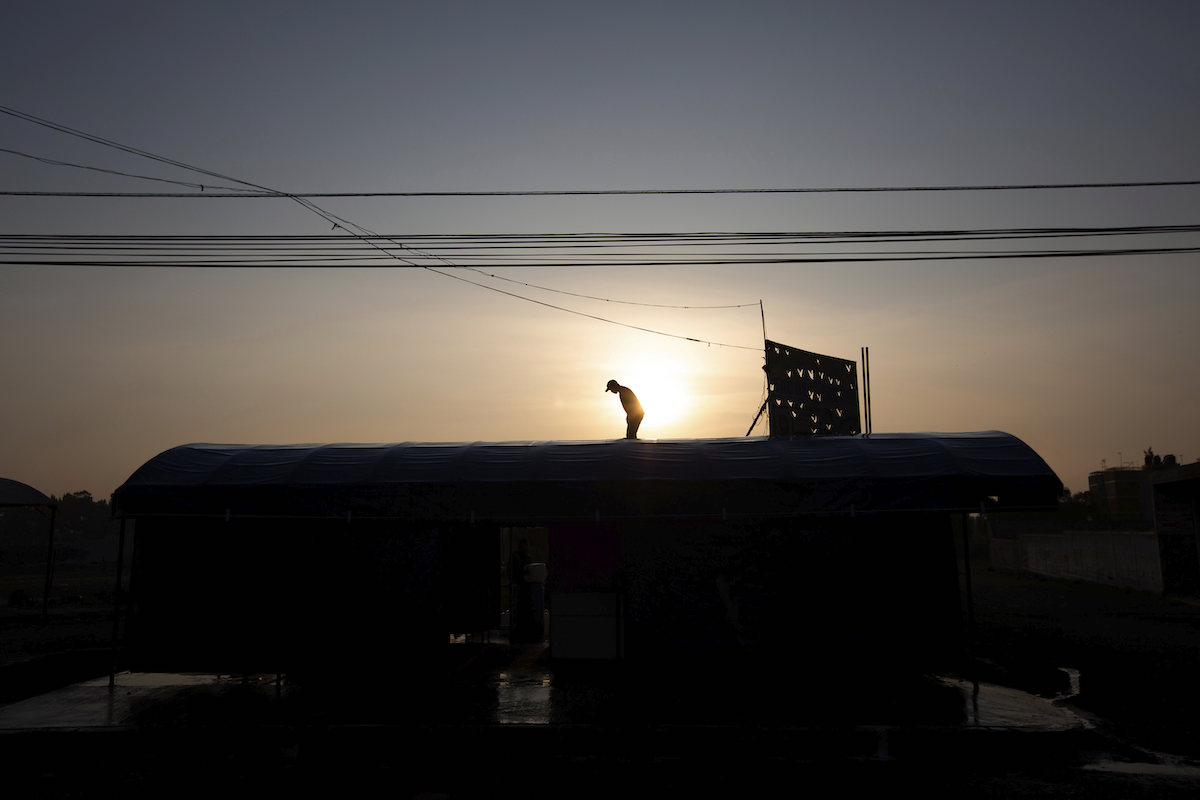 A man washes with soap and water the roof of his restaurant as a precautionary measure amid the spread of the new coronavirus in San Andres Mixquic, Mexico, Monday, March 30, 2020. (AP Photo/Fernando Llano)

Foreign Relations Secretary Marcelo Ebrard said Mexico will declare a public health emergency, which appeared to involve largely logistical measures at present. But he suggested that businesses that don’t obey the relatively vague outlines could face fines or closure.

Dr. Miguel Betancourt, president of the Mexican Society of Public Health, said the federal government measures “are late and insufficient.”

But, Betancourt added, “we still have time to avoid an outbreak that gets out of hand, but we all have to do our part.”