Right off the bat, within the first minute of One Day At A Time, not so subtle shade was thrown when Alex Alvarez (Marcel Ruiz) nonchalantly said, “It’s like there’s nothing good on Netflix anymore” when browsing for something to watch. It’s a big… thank you, next, Netflix. Last year, the streaming service decided to cancel the show. Considering we’re all self-quarantining at home to help prevent the spread of COVID-19, how many times have we sat in front of our screens saying the same exact thing? Lots I bet.

What’s commendable about the first episode is that we’re quickly put in familiar ground, with familiar faces. Nurse practitioner Penelope Alvarez (Justina Machado), her irreverent mom Lydia (Rita Moreno) and Lupita’s two children, Alex and queer nerd Elena (Isabella Gomez). Oh, and how can we forget about the two white guys, who’ve become honorary Alvarez themselves of some sort: hilarious landlord Schneider (Todd Grinnell) and Dr. Berkowitz (Stephen Tobolowsky), who’s developed a platonic friendship with Lydia. It’s like that good friend you haven’t seen in a while but can just easily quick it with in a matter of seconds.

With the singular touch that characterizes the comfort of the Alvarez home, the show proves to be an effective antidote for days of uncertainty and a sobering reminder to literally take it one day at a time.

Creators Gloria Calderón Kellett and Mike Royce have now moved to Pop TV and instead of releasing the entire season in full all at once, they now have to drop the new runtime of 20 minutes an episode on a weekly basis. From the three episodes given to press for screening, the rhythm, albeit a bit quicker, is still there. The humor is present. Previous plot lines, for the most part, are still followed showing that the ball wasn’t dropped. In short, the potential for an outstanding season is there and time will prove that.

The first episode titled “Checking Boxes,” —aside from raising awareness about the importance of participating on Census 2020 via special guest star Ray Romano as the “Census Guy”— sees Penelope trying to reconcile the fact that while she is an “‘independent woman who doesn’t need a man” (a recurrent line throughout the whole episode), she actually wants to be in a partnership. The episode goes through humorous plot lines from Lidia creating a fake Tinder account for Penelope to find her prospective dates to Penelope imagining her ex, hunky Max (Ed Quinn) almost naked in her salad, while being on an actual date with a stranger. Ultimately, both Lydia and Penelope see eye to eye on the fact that it’s okay to be a woman who doesn’t see a relationship as a defining signal of happiness, but just to give and receive love. 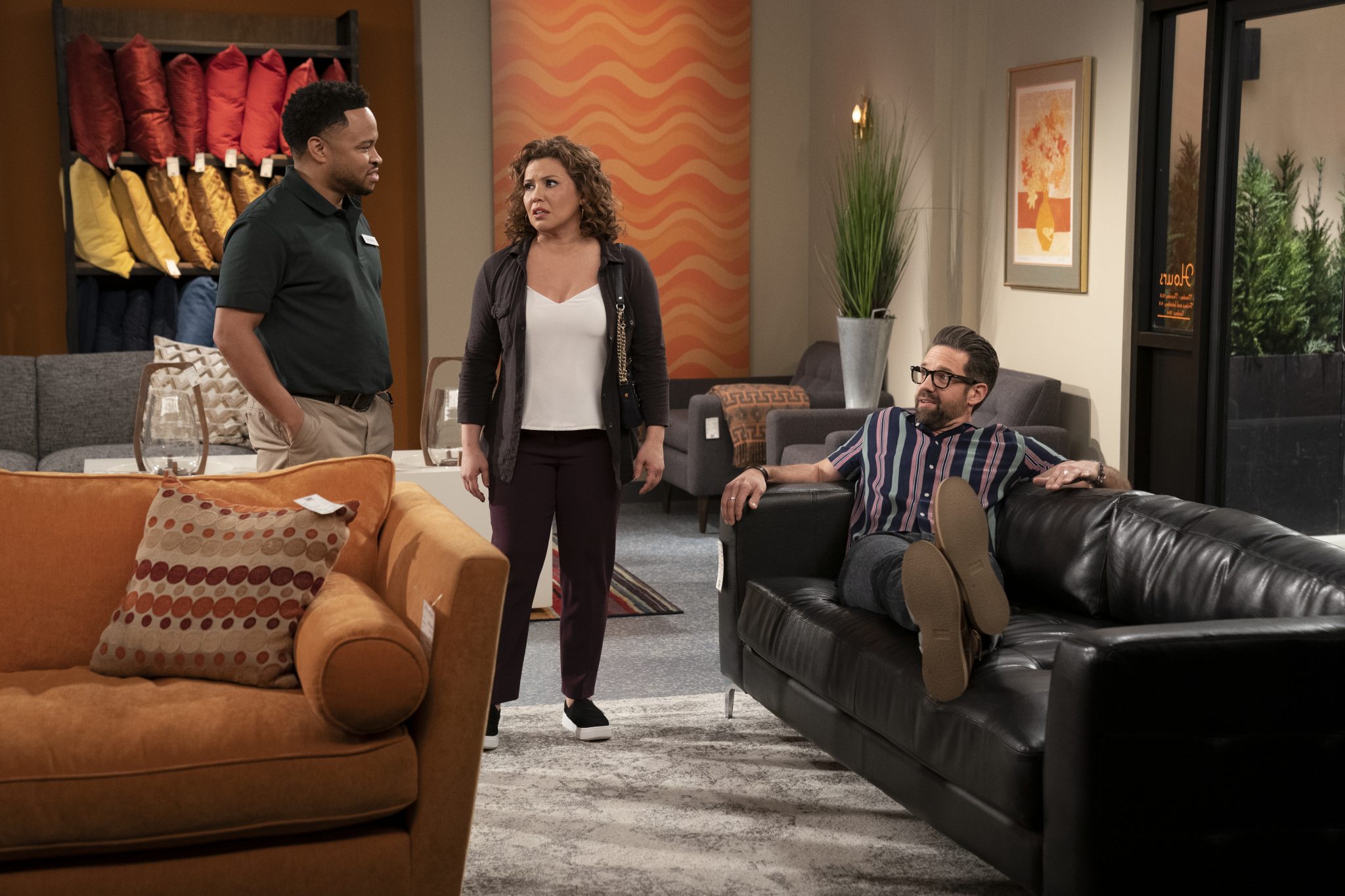 (L-R): Eugene Byrd as the salesman, Justina Machado as Penelope and Todd Grinnell as Schneider in “Penny Pinching”, ONE DAY AT A TIME. (Photo Credit: Nicole Wilder/POP TV)

The second episode (“Penny Pinching”) has Alex introducing his new girlfriend to his family. But then the episode instantly turns back to Penelope and her struggle to spend freely, despite having more of a cushion to do so now. It touches on a real subject about how old habits die hard and how even when you are just a little more well off than before, sometimes it takes a bit getting used to that new reality. In a touching scene, Penelope gets mad at Elena for irresponsibly leaving valuable possessions at eye view in their car, resulting in having their car broken into. However, after blowing off some steam, she comforts Elena and expresses joy that she’s safe. But she also doesn’t let herself off the hook so easily. She confides in Elena about how money is a difficult subject for her, mainly because for a while the lack of means is what kept her up at night. Elena says that she understands and that’s why she’s learned to develop a method around money management/spending—she has a whole spreadsheet dedicated to it! 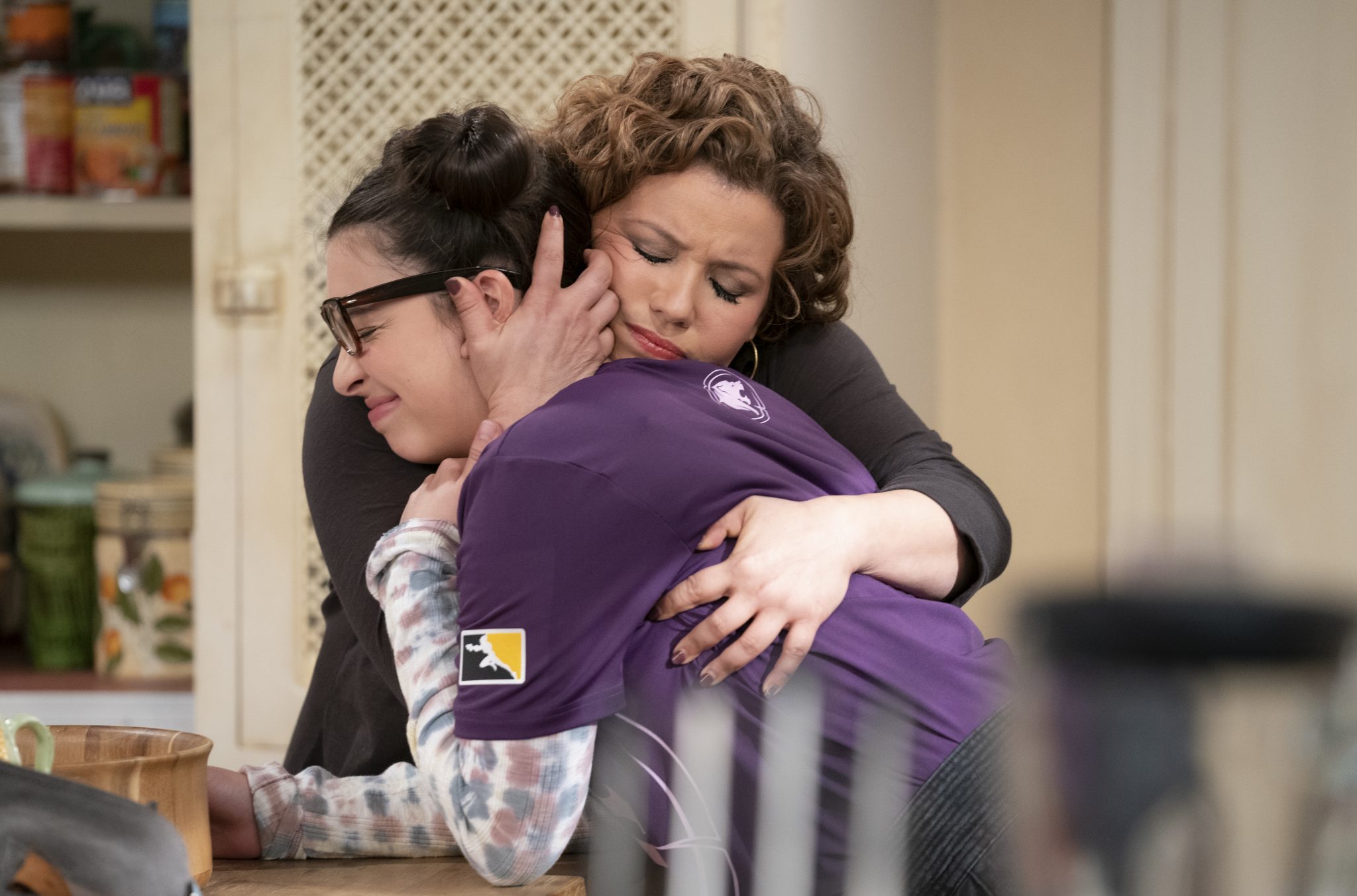 (L-R): Isabella Gomez as Elena and Justina Machado as Penelope in “Penny Pinching”, ONE DAY AT A TIME. (Photo Credit: Nicole Wilder/POP TV)

Though I enjoyed the episode a lot, I wish we had spent more time with Alex and his new girlfriend Nora. We don’t get to learn much from her and I think this could have been a perfect episode to flesh out her character more and have the audience acquainted with her. In that way it was a letdown, but I’m expecting to see more of her in later episodes because I think it’s worth exploring a more mature Alex, where we can see him developing relationships with women outside of his family. It’s not many times we see a young Latino boy character on such a visible show, so I’m curious to see how the show will situate and have Alex navigate the toxic masculinity and general machismo so predominant in Latino communities. 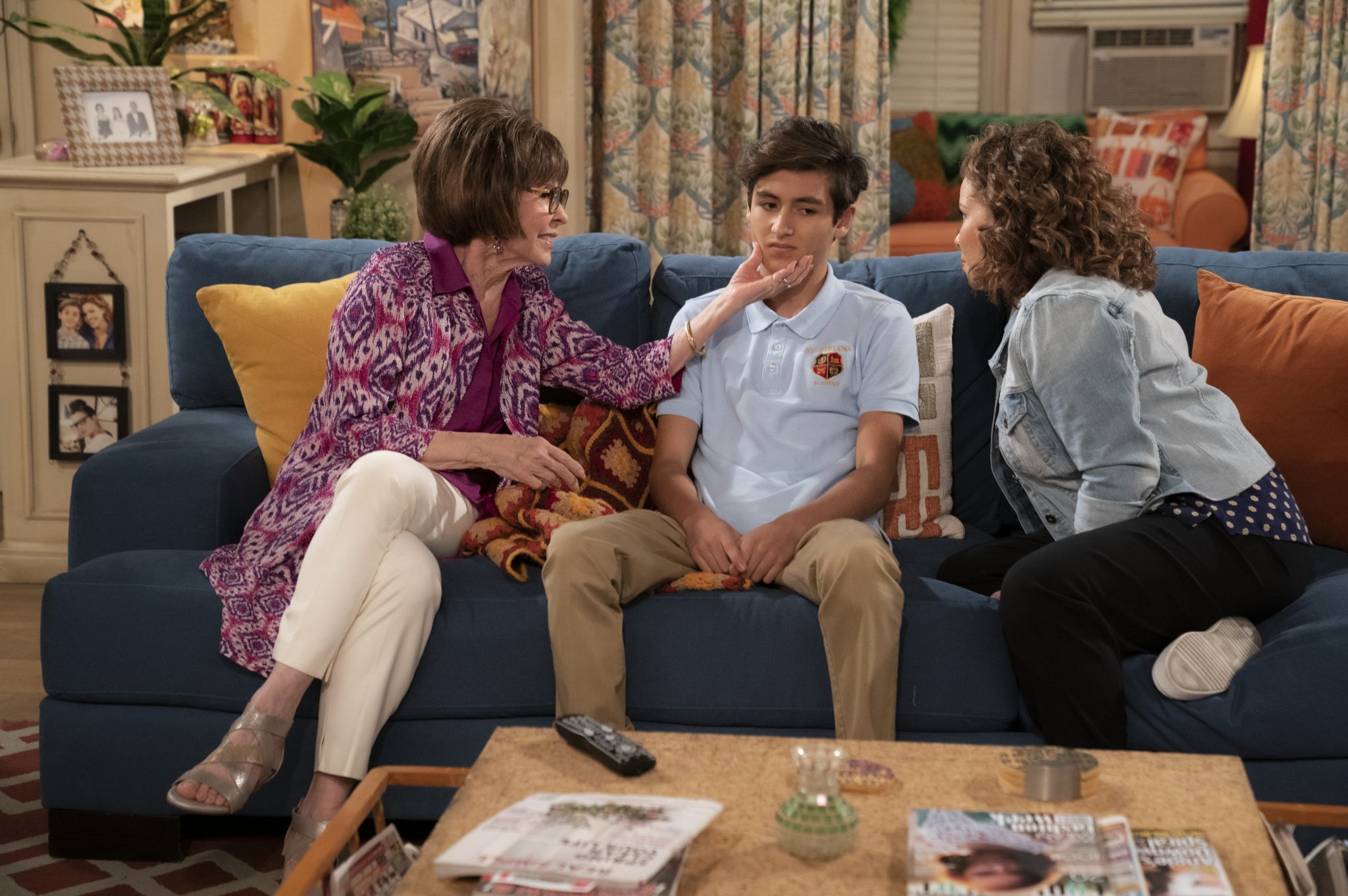 One Day At A Time is a groundbreaking show because aside from an long overdue cast of Latino actors as the main characters, it’s not afraid to bring up topics not many others cover like anxiety, depression, post-traumatic stress disorder, homosexuality, racism, alcoholism, consent among others. ODAAT does it so delicately, so cleverly, threading the fine line of comedy and drama.

I’ve drawn similarities between One Day At A Time and Susan Harris’ Golden Girls. Both were met with skepticism: who would want to watch a show of a Cuban family in Los Angeles? Who would want to watch a group of old women in Miami? They both break the molds of what’s expected for characters and narratives in traditional television. With great tact, both tackled difficult subjects that affect the populations they’re incarnating.

How do you manifest love? Answers abound. But one can look at the unbreakable bond that exists in the Alvarez home. A rowdy home, but one where there’s laughs and there’s tears. That’s why the Alvarez are my golden family.