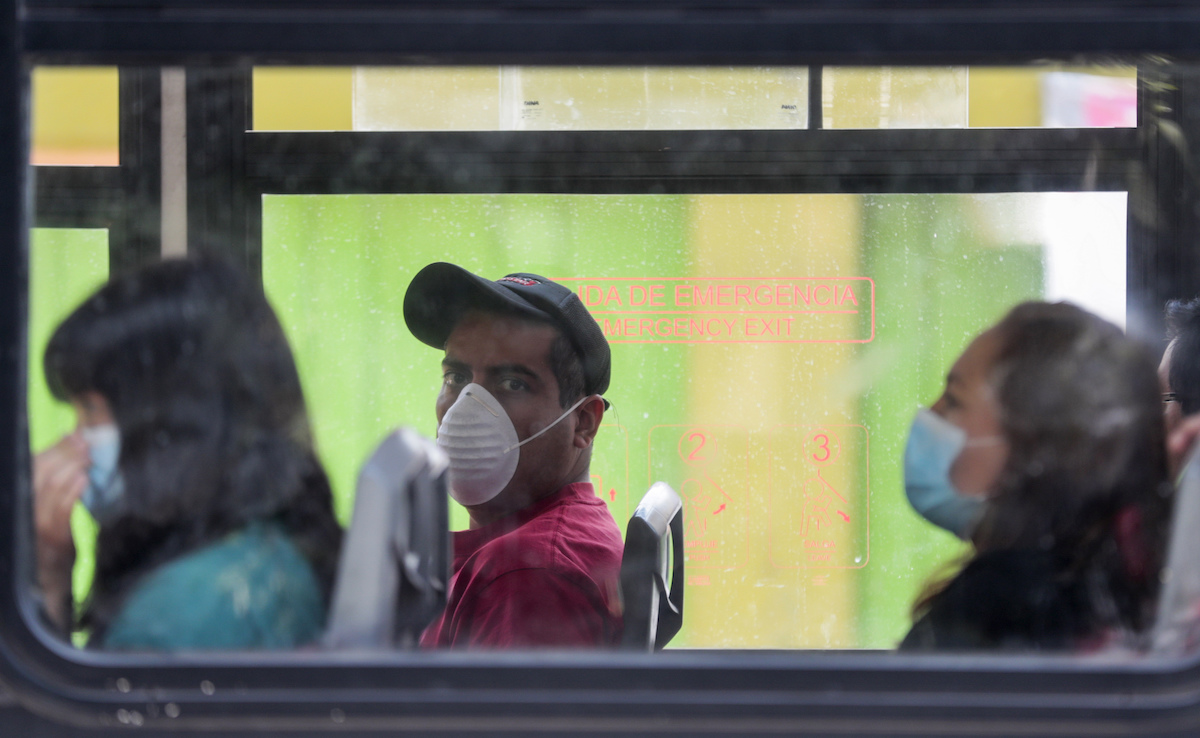 A bus commuter wears a face mask amid the spread of the new coronavirus in Mexico City, Tuesday, March 31, 2020. (AP Photo / Eduardo Verdugo)

MEXICO CITY (AP) — Mexico has started taking tougher measures against the coronavirus after weeks of its president hugging followers and saying religious medals would protect him. Some experts warn the sprawling country of 129 million is acting too late and testing too little to prevent the type of crisis unfolding across the border in the United States.

Last week Mexico banned non-essential government work as confirmed cases climbed, but took until late Monday to extend that to other business sectors and to bar gatherings of more than 50 people. By Tuesday, Mexico had reported more than 1,000 confirmed cases and at least 28 deaths.

Experts say those figures greatly understate the true number of infections. Mexico has done far less testing than many other countries—fewer than 10,000 tests. New York state alone had performed more than 205,000 tests by Tuesday. There were also signs the disease may be far more advanced in Mexico than the limited testing shows—three state governors have already tested positive for coronavirus.

“Politics is very, very much involved in the decision-making going on right now,” said Janine Ramsey, an infectious disease expert who works for Mexico’s National Public Health Institute, a federal research agency, and has spent 35 years of her public health career in Mexico.

“Mexico, politically, does not value scientific evidence. Why? Because it takes decision-making away from the politicians,” Ramsey said. 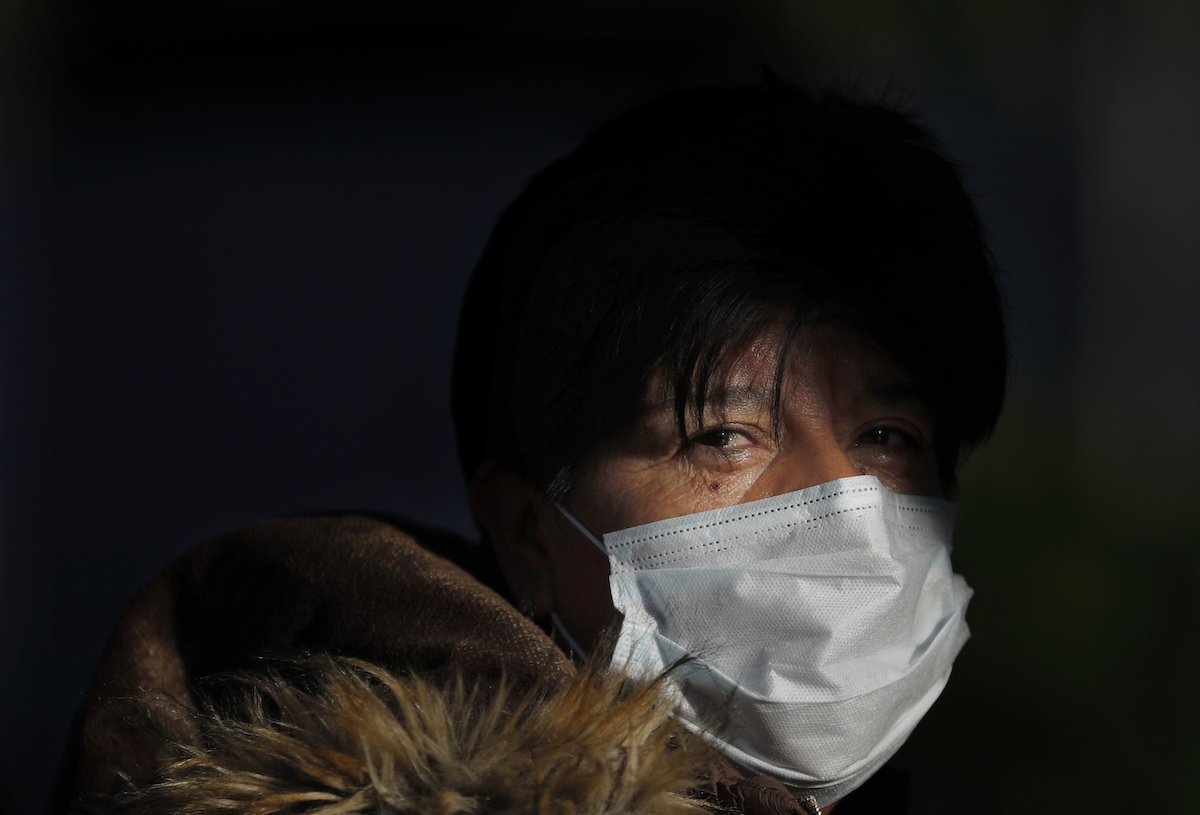 A commuter leaves the Chapultepec subway station wearing a face mask as a precaution amid the spread of the new coronavirus in Mexico City, Friday, March 27, 2020. (AP Photo/Marco Ugarte)

“For most of us, especially those of us who work with infectious pathogens, there is absolutely no excuse not to test because you cannot predict a) the response, b) the velocity of transmission, or c) the vulnerability of people” to becoming infected or to infecting others, she said.

“February and March is when we should have been testing everybody.”

Dr. Joseph Eisenberg, chair of the Epidemiology Department at the University of Michigan’s School of Public Health, agreed. “Testing is really our eyes, otherwise we’re kind of blind,” he said.

“The only way you can really understand where the disease is and where you really need to focus your energies with respect to control is to be able to know where the infections are. And the only way to know that is through testing.”

The Mexican government has defended its policies, saying that its robust health surveillance system gives it a good idea of how the epidemic is evolving and that health experts are charting the country’s fight against the virus. It’s focus now, it says, is keeping people at home to avoid a rapid spread that would quickly overwhelm the health care system.

“We’re making an energetic, emphatic, unmistakable call: Stay at home,” said Hugo López-Gatell, the government’s coronavirus spokesman. “It’s urgent, it’s our last opportunity to do it, and do it now.” 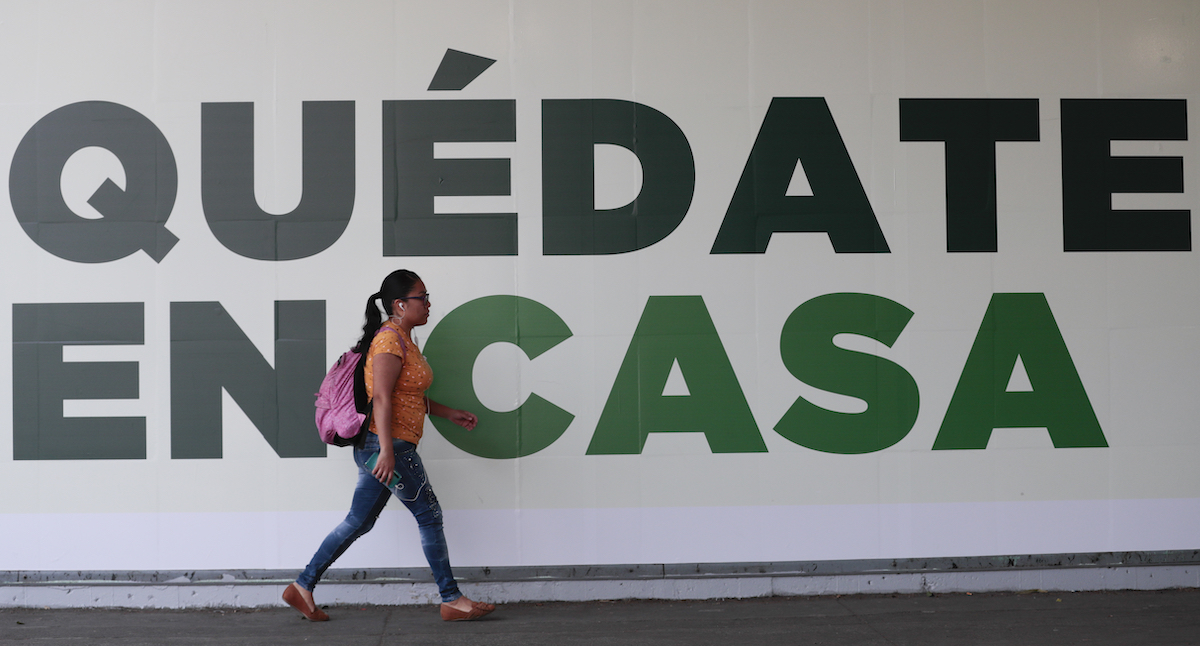 A woman walks past a sign that reads in Spanish “Stay home” in Mexico City, Tuesday, March 31, 2020. (AP Photo/Eduardo Verdugo)

Still, despite some tougher measures by Mexican states that have imposed quarantines enforced by police, the federal call to stay home remains voluntary with no talk of penalties.

And although Mexico and the U.S. agreed earlier this month to restrict traffic at their shared border, the ban applies only to people who cross for tourism, recreation or other non-essential activity. Mexican border communities have complained that Mexico was not restricting anyone from entering, and residents in one city even blocked the border crossing with their vehicles to try to stop traffic from the U.S.

President Andrés Manuel López Obrador has maintained a relaxed public attitude despite the increasing alarm sounded by his health officials. He flew commercial to the western state of Sinaloa on Sunday, where he shook hands with residents, including the mother of convicted drug lord Joaquín “El Chapo” Guzmán Loera.

“Coronavirus isn’t the plague,” the president declared in a video message on social media. And although he has met with people diagnosed weeks later with the virus, he hasn’t been tested because he hasn’t experienced symptoms, his spokesman said.

Some experts bemoaned the mixed messages.

“Ideally we’d see all public figures taking the actions that health authorities are calling for,” said Mauricio Rodríguez, a professor of medicine and spokesman for the coronavirus commission of the National Autonomous University of Mexico. 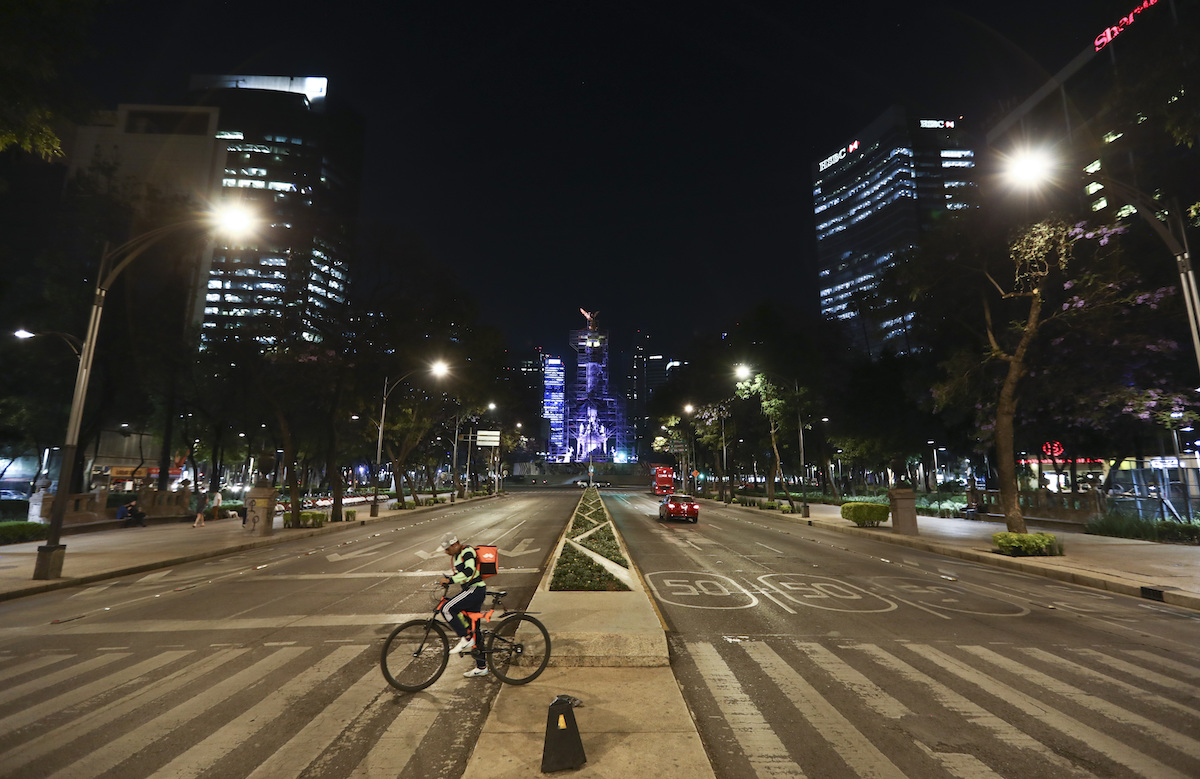 The measures announced Monday are “too late” said Dr. Miguel Betancourt, president of the Mexican Society of Public Health. Those moves should have come two weeks earlier when the curve of infections began to steepen.

“We still have time to avoid an outbreak that grows out of control but we all have to do our part,” he said.

While for most people, the coronavirus causes mild or moderate symptoms, such as fever and cough, for others, especially older adults and people with existing health problems, it can lead to severe symptoms like pneumonia.

Despite the government calls to stay home, many said they couldn’t comply because like more than half of Mexicans, if they don’t work, they don’t eat.

“What other option are they offering?” asked Susana Ruiz, who was selling vegetables in a market in northern Mexico City over the weekend.

Others said the government didn’t appear to think coronavirus was a grave threat to Mexico.

“If this virus were so dangerous, I think they would have already closed the metro,” said Esperanza Rivas, a 50-year-old resident of the capital, where street markets and public transportation remain open. 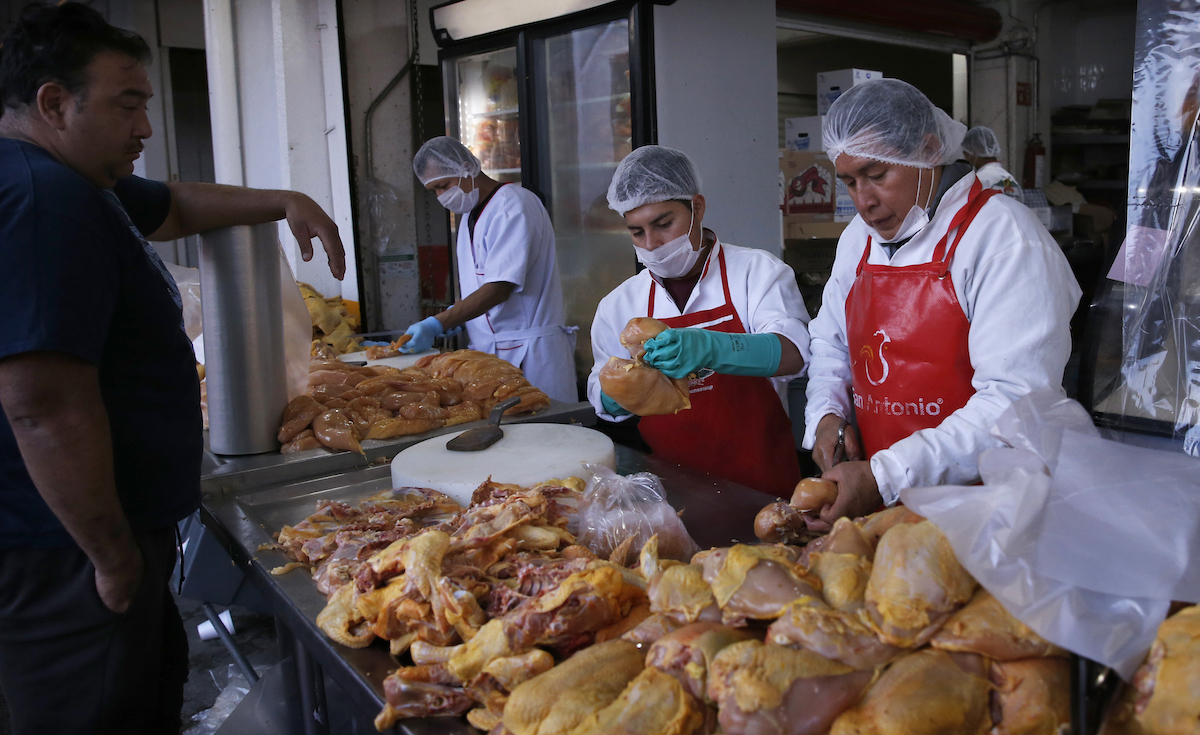 And many are taking their cues from the president himself, who had this to say at a news conference Tuesday: “Soon, very soon there’s going to be the day of hugs and kisses in all the public plazas.”

One response to “Too Little Too Late? Experts Decry Mexico Virus Policy Delay”