The Official Census Day Is Here: Get Counted (OPINION) 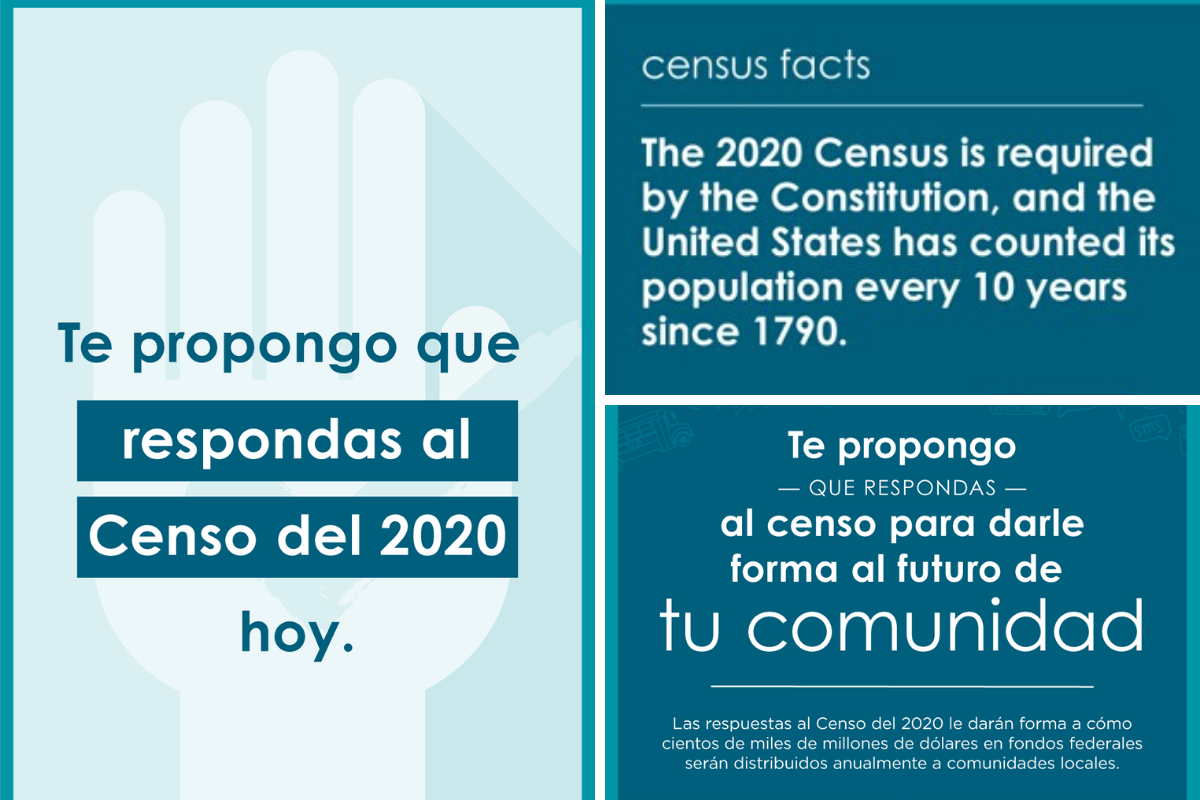 Via the U.S Census Bureau .

With the ravages of the coronavirus, it is easy to have forgotten about the notice from the Census Bureau about participating in the 2020 Census. In the last few days, you may have also received an additional notice asking you to participate. On this official Census Day, April 1, please make sure that if you have not completed the Census questionnaire, do so now. The significance of getting counted has never been more important than now when we face so much uncertainty due to the coronavirus outbreak.

The U.S. Constitution mandates that every 10 years, the U.S. government conducts a census of the nation’s population to determine the count of people living in the 50 states for the purpose of the apportionment of the U.S. House of Representatives. On December 31, the Census Bureau, as required by law, will deliver to the President and to Congress the final count of “every person living in the United States and five U.S. territories.”

These numbers will be used to apportion the 385 congressional seats that remain after each state is allocated a single U.S. House seat. States compete for the 385 seats on the basis of the numbers of people counted in the 2020 Census.

In the process, depending on the growth of the population since the previous 2010 Census, there will be winners and losers among the states as they compete for congressional seats.  The Brennan Center for Justice estimates that 16 states are likely to see a shift in the number of their congressional seats:

For Latinos, it is extremely important that we all get counted in order to be politically represented, especially when it comes to the redistricting process within states. 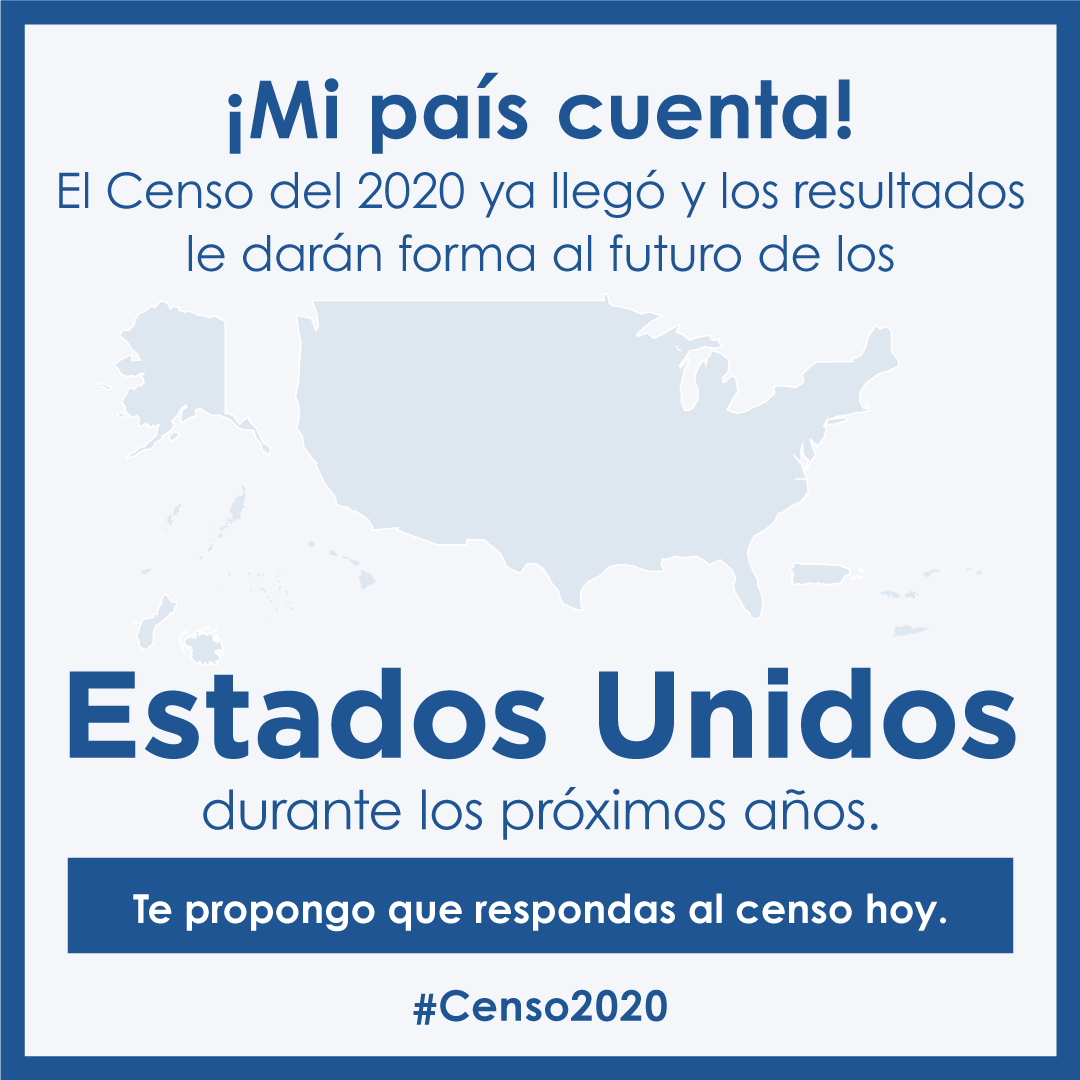 The population counts from the 2020 Census are also used for a second purpose: the distribution of federal funds that support more than 300 federal programs. For the next decade, the federal government will allocate over $1.5 trillion yearly to states on the basis of the number of persons tallied in the 2020 Census.

Texas, for example, stands to be a major recipient of federal dollars that support 316 federal programs, including such programs as Medicaid, Medicare, Head Start, services for veterans, funds for highway construction, educational programs, medical programs, food and nutrition, and hundreds of other programs that we, our families, and our neighbors depend on.

Yet because the Latino population is still growing more rapidly than the white population, the Republican political establishment has developed ways to keep us from getting counted in order to minimize the political power that comes with growing numbers. Indeed, 17 of the 21 Republican-controlled states have not made investments to bring about a complete count of their populations. Texas is one of these 17 states. There, despite the fact that an undercount of approximately 210,000 Texans, according to Poston, may result in a loss of Texas’ 39th seat along with a drop of $711 million in federal funding. Texas did not invest a single penny in efforts to count everyone in its population.

Many critics of the Texas political leadership suggest that Republicans are willing to forego a congressional seat and millions of dollars in federal funding to maintain their political dominance through undercounting people who are the most difficult to count and who tend to be more likely to support the Democratic Party.

The message from the Texas political establishment is that persons who are difficult to reach, such as Latinos, “do not count.” In addition, the Trump administration unsuccessfully pushed toward adding a citizenship question to the 2020 census. It is important to stress that each and every person living in the United States, regardless of citizenship status, is required to participate in the 2020 census. In addition, the census questionnaire does not ask people to report their citizenship status.

We certainly want to prove the Republican political establishment wrong. We are important and we do count. The latest Census Bureau estimates suggest that approximately 36.2% of persons nationwide have completed the census questionnaire thus far.

If you have completed the 2020 Census, thank you very much for doing your civic duty. If you have not done so, please do so now. if you need assistance in completing the questionnaire, help in English is available by calling 844-330-2020 and in Spanish at 844-468-2020. Let’s make sure that you, your family, your friends, and your neighbors get counted. Let us stand up and do our civic duty.

As we recover from the devastation of the coronavirus pandemic, it will be increasingly important that we have a political voice to represent our interests as well as to ensure that we have access to all the resources that will be needed to recuperate from the ravages of the outbreak.

It will certainly pay off even more to get counted in the 2020 Census.

Rogelio Sáenz is a sociologist and demographer.H e is professor in the Department of Demography at the University of Texas at San Antonio. Sáenz is a regular contributor to Latino Rebels. He is co-author of Latinos in the United States: Diversity and Change. Twitter: @RogelioSaenz42.