Is it REALLY Possible That the Royal Formerly Known as Prince Harry Is an ‘Illegal’ Immigrant? 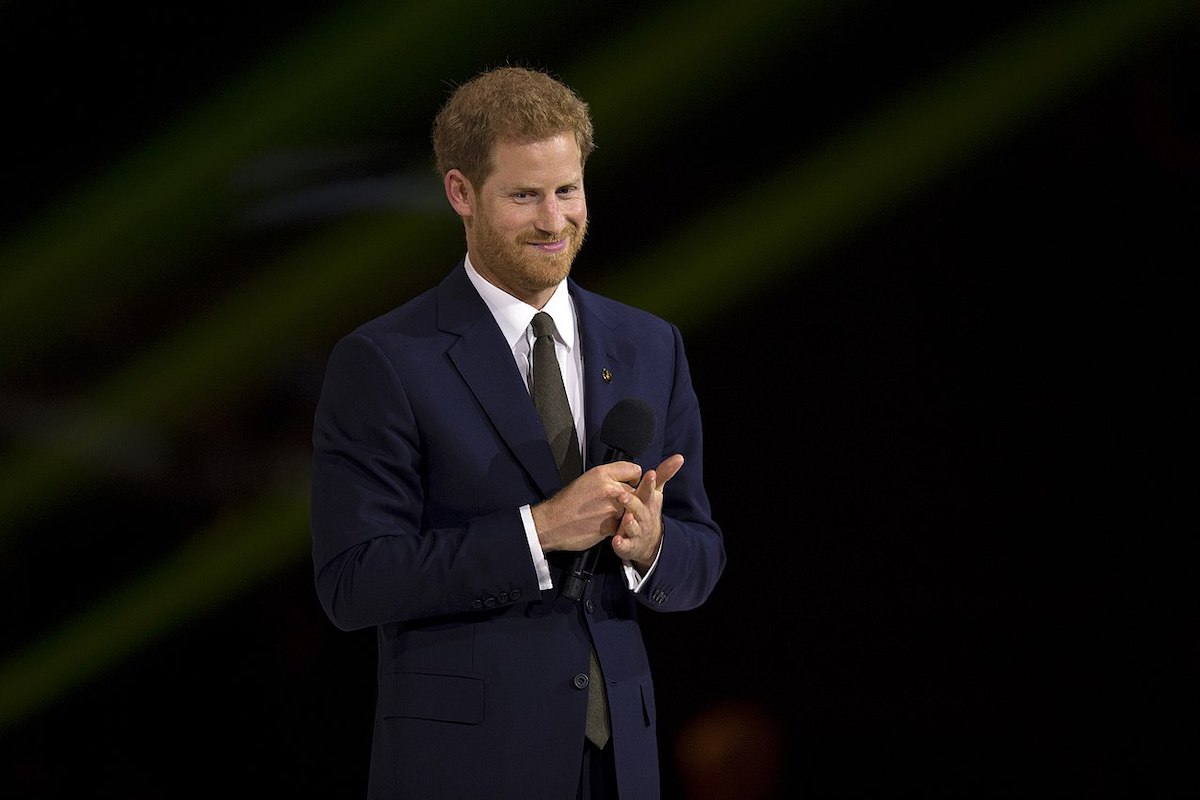 Prince Harry speaks during the opening ceremonies of the the2017 Invictus Games in Toronto, Canada on September 23, 2017. (DoD photo by EJ Hersom/CC BY 2.0)

Multiple sources report that Prince Harry, and Meghan Markle boarded a private jet to flee a remote private island in Vancouver to avoid the very public COVID-19 pandemic. Their escape plan: to permanently relocate to a slightly more tax favorable southern California, a Coronavirus epicenter that is subject to a statewide lockdown. The reports of their hasty departure appear confirmed by President Trump who on Sunday tweeted in response to an allegation that the royal couple were seeking taxpayer funded Secret Service protection.

I am a great friend and admirer of the Queen & the United Kingdom. It was reported that Harry and Meghan, who left the Kingdom, would reside permanently in Canada. Now they have left Canada for the U.S. however, the U.S. will not pay for their security protection. They must pay!

Meghan and Harry left Canada just in the nick of time before the shared border was shuttered to all nonessential travel. I suspect however, that the couple fleeing Canada had more to do with Harry losing his status on March 31, 2020 as an official member of the Royal Family, which may directly impact his access to the United States, than it did the coronavirus. I say this because I presume Harry traveled on a diplomatic passport and visa as a “member” of the Royal family for the reasons that follow.

There is a misconception that if you marry a United States citizen you are automatically entitled to enter the country. Far from it. I conservatively estimate that if Harry and Meghan were ordinary people they would have had to start the immigration process in 2018 if he were admitted to the country under a spousal based immigrant visa petition. Mind you, they couldn’t have started it until after they were married in May of that year, and they aren’t ordinary people.

For lowly commoners the process is as follows:

But circumstances are far from normal. In response to the pandemic, the U.S. consulates and embassy in Canada and the United Kingdom are operating in a limited capacity for emergency services to United States citizens only. All routine consular services, including visa services, have been suspended. Hence my suspicion that Harry gained admission to the country under his previously issued diplomatic passport, and not with a freshly issued immigrant visa.

And that isn’t the only issue in play. Unlike the unwashed masses who generally fly to the United States commercial, the pilot flying the private plane carrying the Duke and Duchess was required to file an Advance Passenger Information System (APIS) manifest information electronically to Customs and Border Protection (CBP) for each individual traveling aboard the aircraft. If my assumptions are correct and Harry was traveling on his diplomatic passport seeking admission to the United States as a diplomat, it presumably would require an implied assertion that he was traveling to the United States on behalf of the United Kingdom to engage solely in official activities for that government as a member of the Royal Family, and not coming to apply for a green card to circumvent the lengthy processing delays.

Unfortunately for Harry, his grandmother, The Queen, made it abundantly clear that those duties expired on Tuesday, March 31, 2020. Point being, if Harry entered the United States under anything other than an immigrant visa, or some type of a temporary nonimmigrant visa with a dual intent component that allowed him to maintain the present intention to seek permanent residence in the United States it is very likely that he committed a fraud upon admission that could subject him to the institution of removal proceedings (deportation). There are waivers that are available that would allow him to remain in the country, but they would require a showing that it would cause Meghan an extreme hardship if her fabulously wealthy Prince were deported forcing her to return to the United Kingdom and live in an actual castle.

I hope they have a good immigration lawyer.

There are alternative but less likely explanations of how Harry entered. He could have just used a U.K. passport under a program that allows citizens of the United Kingdom to enter the country without a visa for 90 days, but he would be required to depart the country or risk becoming subject to an administrative order of removal that would bar him from returning to the country. Strings could also have been pulled to expedite the approval of the entire process, although given the fact that Harry and Meghan are on record stating that they were unwilling to move to the United States as long as Trump is president, I wouldn’t want to be the adjudicator with my signature approving the request to expedite. Not unless I was already moving to a job in the private sector. And lastly, there is also the possibility that their pilot didn’t notify CBP of the passengers onboard, and Harry simply walked off the plane without inspection, which would make him an “illegal” immigrant.

I suspect, however, that this analysis is little more than an exercise in frivolity as the likelihood of Harry ever being deported is about as great as me being crowned King of England. The law provides a seldom used exception that waives documentary requirements in CBP’s discretion “on the basis of unforeseen emergency in individual cases.” There’s no definition of “unforeseen emergency” in the immigration regulations, which affords inspecting officers broad discretionary decision-making powers.

In sum, and paraphrasing Mel Brooks’ History of the World Part I, it’s good to be the formerly 6th in-line to be King. Welcome to America, Harry!

Matthew L. Kolken has served as an elected Director of the American Immigration Lawyers Association’s (AILA) Board of Governors. He has appeared nationally on FOX News, MSNBC and CNN, and his legal analysis has been solicited by the Washington Post’s Fact Check of the immigration statements of Secretary Hillary Clinton, Presidential candidate Donald Trump, and the immigration status of First Lady Melania Trump’s parents. His opinions on immigration issues have been published in Forbes Magazine, Bloomberg, Business Insider, The Washington Post, The Los Angeles Times, and FOX News among others. He is the author of the Deportation and Removal Blog on ILW.com, where he is a member of the advisory board of the Immigration Daily. Twitter: @mkolken.

One response to “Is it REALLY Possible That the Royal Formerly Known as Prince Harry Is an ‘Illegal’ Immigrant?”