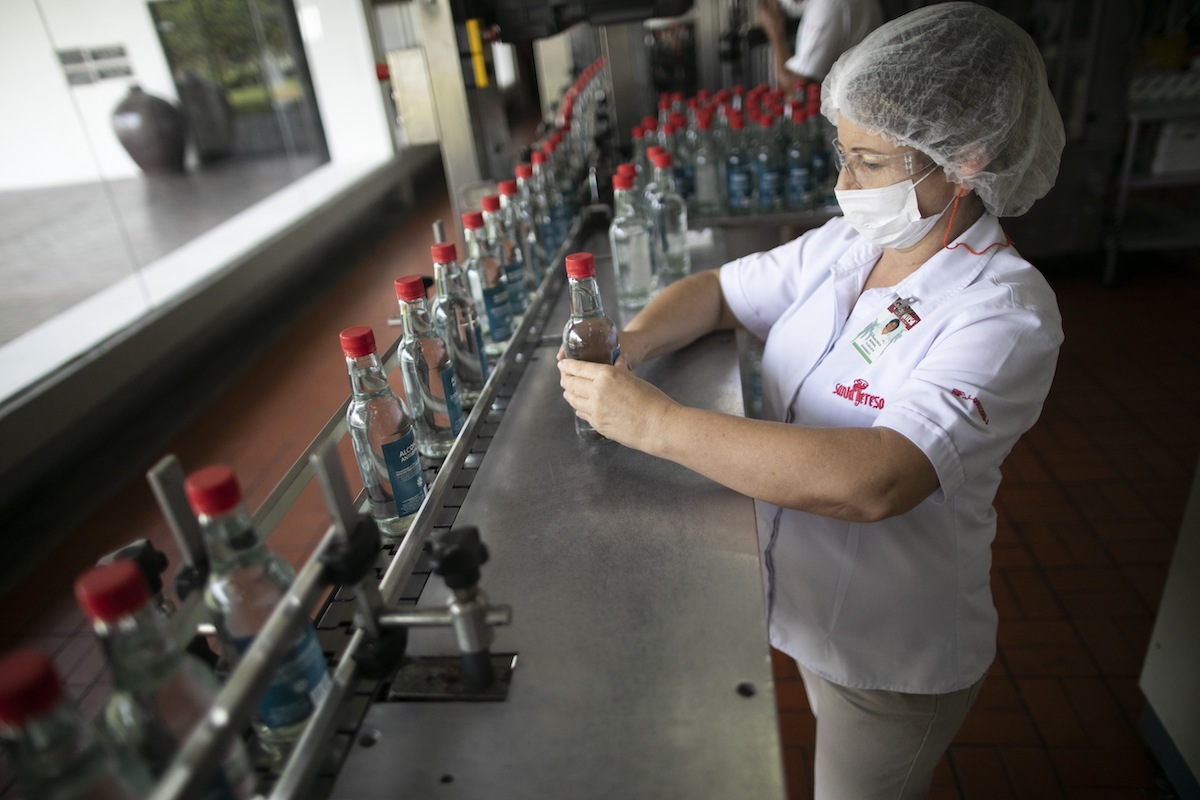 LA VICTORIA, Venezuela (AP) — The Santa Teresa distillery in Venezuela has lifted spirits for generations with its amber-red rum, famous around the world for being slowly sipped over ice or mixed into cocktails like the Cuba Libre.

Now, the company has turned its steel vats and steaming distillation towers on a colonial-era hacienda covered by palms and sugarcane fields in Venezuela’s countryside to fight the new coronavirus.

Most of its rum production has given way to filling bottles of antiseptic alcohol. It’s hauled to pharmacies and turned into hand sanitizer, shoring up supplies amid the global crisis that threatens to overrun Venezuela’s broken hospitals.

“We’ve launched this initiative because we have always been a close part of our community,” said Santa Teresa production manager Deyanira Alfonzo.

Alfonzo oversees the company’s noisy packaging room, where clanking bottles ride a conveyor line to be filled with ethyl alcohol. They’re capped, labelled and boxed up in a process that Alfonzo said they’ll keep up as long as there is need.

The distillery normally dedicates 20% of its production to antiseptic alcohol, but that was boosted to 60% days after the crisis hit Venezuela. While much of it is being sent to market, the company says it is donating a large portion to its surrounding communities.

The first two cases of coronavirus in Venezuela were first announced March 13. Authorities say that’s risen to at least 143 people with three deaths.

Venezuela’s political and economic crisis has left the nation especially vulnerable to the new coronavirus. Medical workers say most hospitals lack the basics like soap and water and were ill-equipped to handle common ailments — before the global outbreak.

Residents in Caracas cover their mouths with a face mask when they venture from home in the mornings to shop for food, while the rest of the day the capital’s once-teeming streets are mostly empty.

Santa Teresa is one of Venezuela’s few privately owned businesses, located an hour’s drive from Caracas in La Victoria. It has been run by the same family for five generations, and it is now under the leadership of Alberto C. Vollmer, executive president of Santa Teresa. 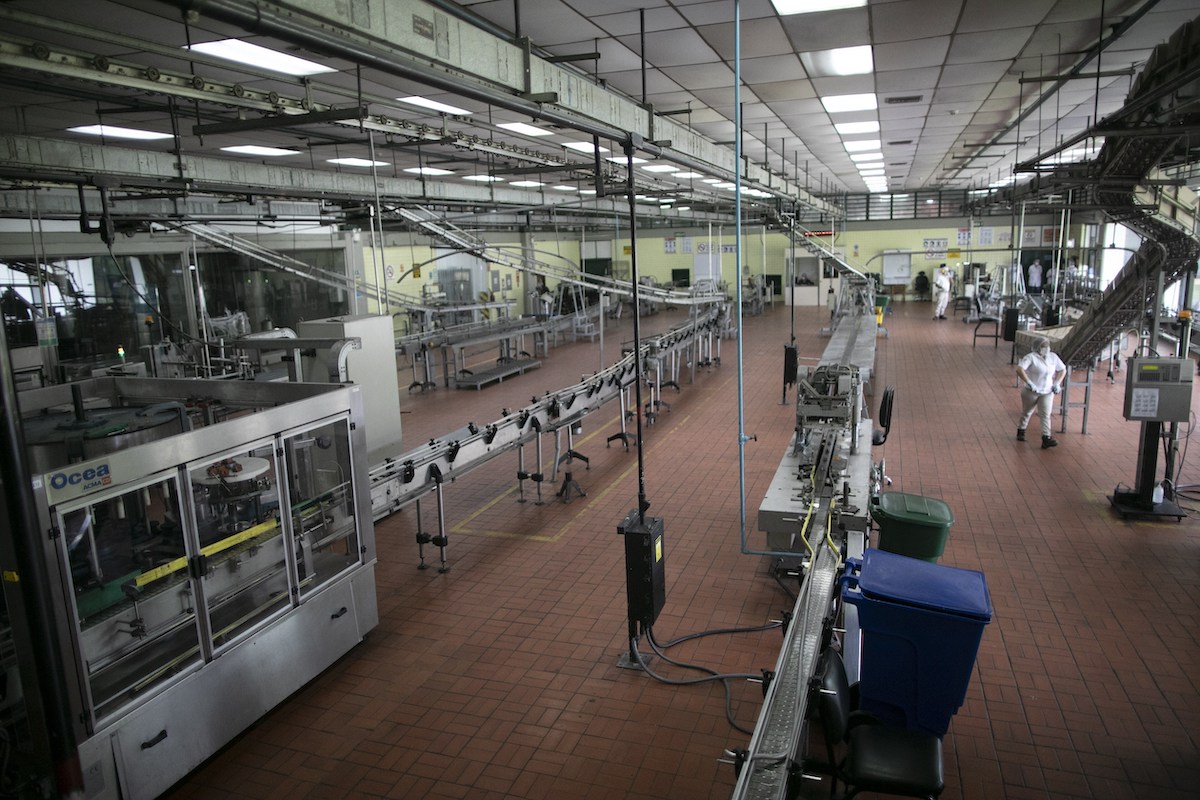 The assembly room is almost empty at the Santa Teresa rum factory while under 10 percent of workers are on duty, due to the new coronavirus in La Victoria, Aragua state, Venezuela, Wednesday, April 1, 2020. (AP Photo/Ariana Cubillos)

The company’s premier label, Santa Teresa 1796, was created to celebrate the family-run business producing rum for more than two centuries. It has joined distillers around the world by amping up alcohol products aimed at protecting people’s health.

Distillery Serrallés in Puerto Rico is producing ethyl alcohol and donating it to the island’s medical centers, and Brazil’s biggest beermaker, Ambev, has converted one of its beer breweries outside Rio de Janeiro to produce gel hand sanitizer for donations to public hospitals.

Recent years have been brutal for Venezuela, but Santa Teresa has navigated the socialist government’s policies that favored co-opting private business over promoting a free market, driving out most foreign companies, including global giants Kellogg, General Motors and ConocoPhillips.

Santa Teresa drew criticism in 2017 for taking a $3 million loan from the Venezuelan government, while managing to continue producing and marketing its rum around the world.

Andrés Chumaceiro, business director for Santa Teresa in Venezuela, said the company paid back the loan in dollars that was given in a government initiative designed to promote private business in the country.

Chumaceiro said Santa Teresa will continue producing alcohol to fill the void in Venezuela until the virus is beat.

“This is a process that is only just starting,” Chumaceiro said. “This production as we have seen it is going well, so we’ll continue contributing to the effort.”