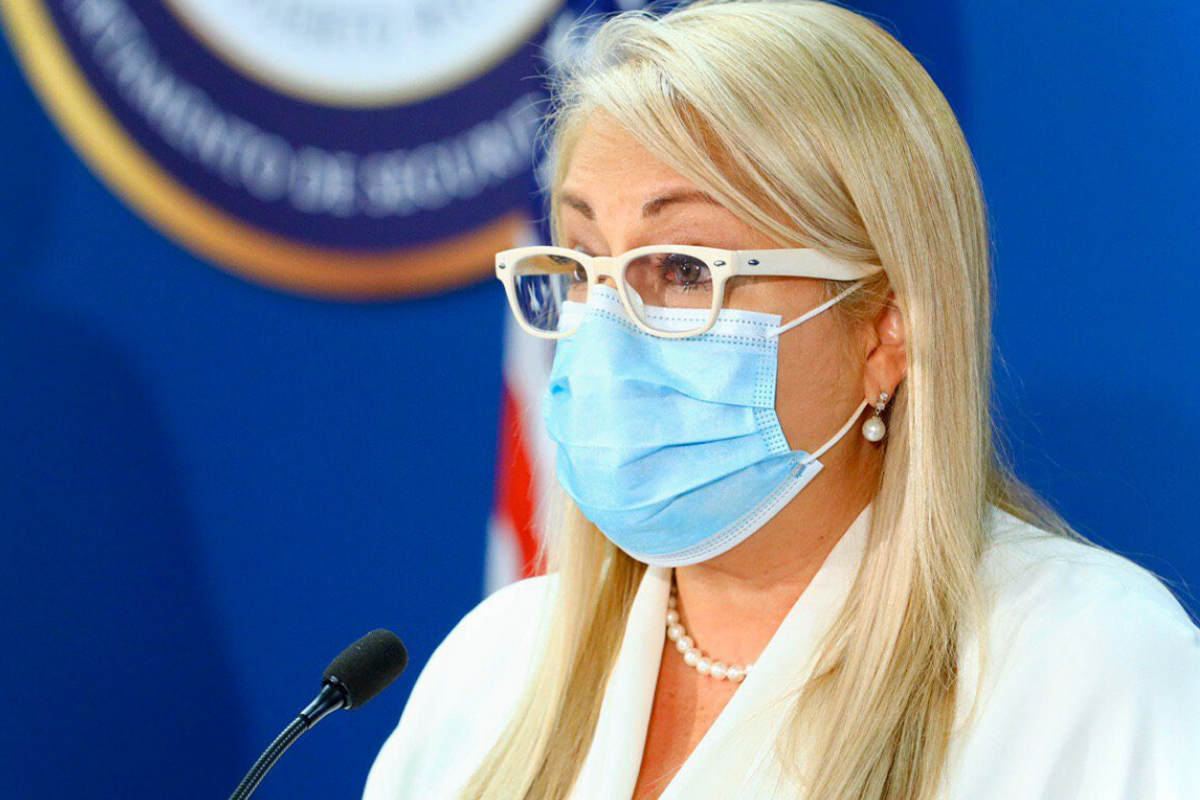 SAN JUAN, Puerto Rico (AP) — The ACLU said Sunday it is seeking an injunction to block part of Puerto Rico’s strict curfew against the new coronavirus, arguing that some of its restrictions are unconstitutional as the governor imposed even tighter measures, including requiring anyone entering a business to wear a face mask.

The curfew imposed March 15 has shuttered non-essential businesses in the U.S. territory and ordered people to stay home from 7 p.m. to 5 a.m. and remain there even outside those hours unless they have to buy food or medicine, go to the bank or have an emergency or health-related situation. Violators face a $5,000 or a six-month jail term, and police have cited hundreds of people.

“There’s been no martial law declared, and there are no circumstances for it,” the ACLU argued. “As such, emergency states cannot be used to suspend fundamental rights.”

Gov. Wanda Vázquez said she had not yet read the entire lawsuit but stressed she would take any and all measures to protect Puerto Ricans.

It is the first time the ACLU has filed a lawsuit in a U.S. jurisdiction related to a coronavirus curfew. In a statement last month, the ACLU said it will keep monitoring the use of emergency powers during the COVID-19 pandemic.

“History teaches that our government is most prone to committing abuses in times of crisis, and we must ensure that broad presidential powers are not misused beyond legitimate needs,” it said.

Puerto Rico has reported 20 deaths and more than 470 confirmed cases, and many expect the island’s curfew to be extended.

On Sunday night, Vázquez announced stricter regulations for Holy Week as she and other government officials wore face masks during a news conference.

She said nearly all businesses including supermarkets and banks must close on the three days from Good Friday through Easter Sunday, with only pharmacies and gas stations allowed to operate. She said people will be allowed outside during that period only if they are seeking medical help or an essential service.

In addition, Vázquez ordered that until further notice, businesses prohibit entry to anyone not wearing some kind of face mask. She said scarves wrapped around the face would be acceptable. Officials did not say whether the curfew now scheduled to end April 12 might be extended.

“The worse is yet to come for Puerto Rico,” said Health Secretary Lorenzo González, who warned that the peak of cases is expected between mid-April and early May.

The government’s executive order already bars people who aren’t part of a “family nucleus” from getting together for meetings, parties or other gatherings. The ACLU suit filed Saturday argues that the state cannot decide who forms part of a family nucleus, nor determine who should be kicked out and fined inside a home.

The lawsuit names three Puerto Ricans who say exemptions to the ban are confusing and that they worry about being arrested as they leave their homes daily to care for elderly mothers, including giving insulin injections. While the order allows people to leave their homes for emergencies or health-related situations, the ACLU argues the order is too vague and leaves too many interpretations in the hands of police officers who haven’t been properly briefed.

“The [executive] order pretends that constitutional rights be handed over blindly to the government, and that is unacceptable. The government cannot interfere with who you interact with within your home or define your family nucleus,” the lawsuit states.

Fermín Arraiza, legal director of Puerto Rico’s ACLU chapter, said in a phone interview that another issue is the creation of new misdemeanors, an action that under the Constitution requires approval from the legislative branch.

The ACLU filed the lawsuit in Puerto Rico’s Court of First Instance.