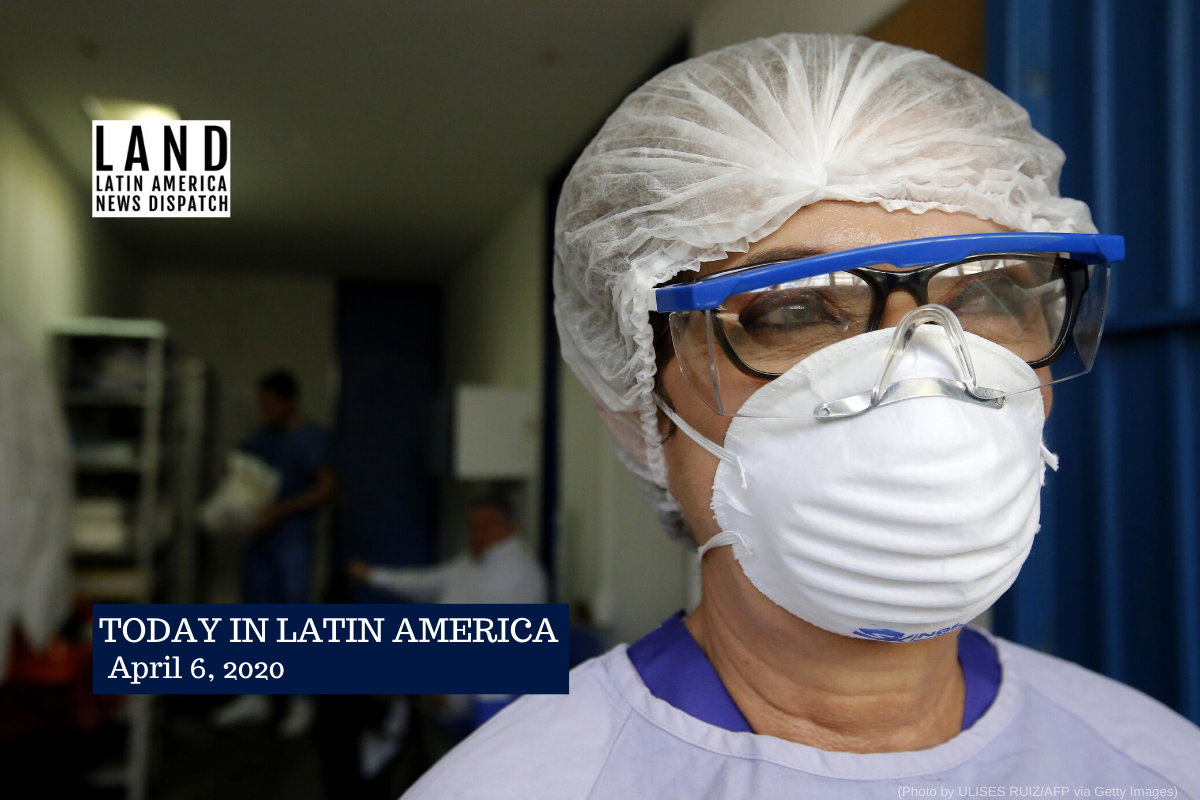 MEXICO: President Andrés Manuel Lopez Obrador (AMLO) announced on Sunday that Mexico seeks to hire 19,000 doctors and nurses within the next two weeks to prepare the public health system for COVID-19. During a press conference, AMLO said the government had estimated a 120,000 person deficit in medical staff, and said the country needed “ten times” as many professionals as it currently employs. Health sector officials said they will begin recruitment today and rapid training will begin remotely through video-conferences. As of Sunday night, there were 2,143 confirmed cases and 94 deaths in the country.

In a public forum on Friday, the president called the global coronavirus pandemic a “transitory public health crisis.” However, the economic plan announced on Sunday fell short of what many were expecting. López Obrador did not address how informal sector workers will be supported during an extended period of time without work. The president announced pensions to the elderly would be disbursed ahead of schedule and small businesses would have access to credit.

BRAZIL: The Health Ministry released a report outlining the country’s capacity to test for and treat cases of COVID-19. According to the report, Brazil is able to process 6,700 COVID-19 tests per day, but authorities expect that the country will need to test 30,000-50,000 Brazilians daily by June. The report also noted shortages of healthcare professionals, intensive care units and hospital beds. Meanwhile, Indigenous leaders and environmental organizations have drawn attention to the effect the pandemic is having on the Amazon, as indigenous forest protectors and law enforcement officials withdraw to avoid spreading the disease.

CHILE: A photograph of President Sebastián Piñera posing in the Plaza de la Dignidad alongside graffiti calling for his resignation on Friday sparked outrage among Chileans who demonstrated at the Plaza last fall. Participants, who gathered at the Plaza in the hundreds of thousands for five months, have been unable to continue protests with much of metropolitan Santiago on lock-down. Chile currently has 4,471 confirmed cases.

Rising COVID-19 death counts in the Guayas province force many to store the remains of their relatives at home. Jorge Wated, who has overseen the city’s pandemic response, also shared the number of a WhatsApp hotline for Ecuadorians seeking help moving their family members’ bodies to morgues. As of Sunday, Ecuador had 3,646 confirmed cases, the third-highest on the continent, with 2,388 in the Guayas region alone.

CUBA: US embargoes blocked medical aid to Cuba sent by Asia’s richest man, according to the island’s ambassador to China. Jack Ma, founder of the Jack Ma Foundation and the company Alibaba, tweeted his intention to send aid to Cuba in March.

One world, one fight! We will donate emergency supplies – 2 million masks, 400K test kits, 104 ventilators – to 24 Latin American countries including Argentina, Brazil, Chile, Cuba, Ecuador, Dominican Republic and Peru. We will ship long-distance, and we will hurry! WE ARE ONE!

However, Avianca Airlines, based out of Colombia, declined to transport the aid, citing that major shareholders were subject to the US embargo and feared retaliation. Cuba was expecting to receive 100,000 face-masks and ten diagnostic kits. According to John Hopkins, Cuba has 320 confirmed cases as of Sunday.

PUERTO RICO: The American Civil Liberties Union filed the first lawsuit against the coronavirus curfew measures in San Juan on Sunday. In a press release, ACLU Puerto Rico directors William Ramírez and Fermín Arraiza said strict curfews in the capital are “unconstitutional” and infringe on fundamental rights. Puerto Rico’s Justice Department has not yet commented on the claims. The government was also discovered purchasing $40 million worth of COVID-19 detection tests from a company with no experience in the medical field and ties to the New Progressive Party (PNP). The company’s president, Robert Rodríguez López, said he would return the money to the Puerto Rican government.

HONDURAS: Former president Rafael Callejas died in an Atlanta prison on Sunday. Callejas governed Honduras from 1990 to 1994 and became the president of the Honduran soccer federation in 2002. Callejas received hundreds of thousands of dollars in bribes for coveted soccer broadcasting rights related to the FIFA World Cup. He eventually pleaded guilty in a New York Federal Court to racketeering and wire fraud conspiracies.

MEXICO: Communities throughout Mexico are implementing restrictions on alcohol sales, known as “dry laws,” because of fears of the spread of the coronavirus. The regulations include restrictions on hours of sales and production, and stricter versions of these laws have prohibited the consumption of alcohol entirely. The policy shift started with Gov. Jaime Rodríguez Calderón of Nuevo León halting the production of beer, saying the activity isn’t deemed essential under the government’s COVID-19 emergency declaration. The decision set off a wave of panic buying throughout the country. AMLO said that health officials would need to decide whether alcohol consumption must be restricted during the emergency.

MEXICO: A federal law to promote and protect native corn was approved by the Senate on Saturday. All corn will now be labeled the designations “native,” “hybrid,” or “genetically-modified.” The bill is intended to help promote and preserve native Mexican corn from genetically-modified corn competition. The new law comes just before the implementation of the United States-Mexico-Canada Agreement (USMCA), which will facilitate corn imports from the U.S. The National Agricultural Council has raised concerns about the bill, saying that it might prohibit farmers from cultivating both native hybrids and genetically modified corn alongside each other.