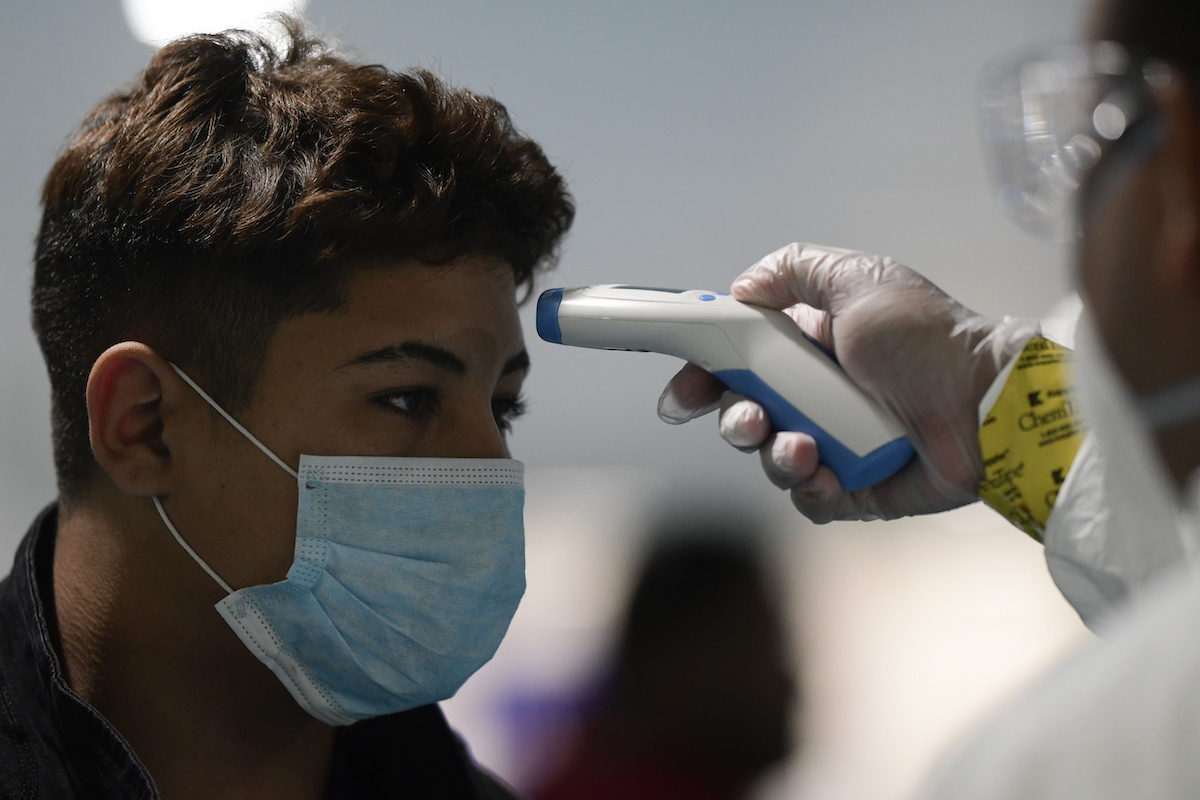 Editor’s Note: The April 8 announcement about flights from Gov. Wanda Vázquez came three days after an April 5 story by Puerto Rico’s Centro de Periodismo Investigativo detailed how many flights were arriving to the island from states like Florida, New York and New Jersey in March. An English version of that story is here.

SAN JUAN, Puerto Rico (AP) — Puerto Rico’s governor on Wednesday asked federal officials to ban all flights from U.S. cities with a high number of coronavirus cases to help prevent the spread of COVID-19 in the U.S. territory.

The petition by Gov. Wanda Vázquez to the Federal Aviation Administration came after officials accused some visitors of taking medicine to lower their fevers to avoid being placed in quarantine by National Guard troops screening people at the island’s main international airport.

At least two passengers from New York who lowered their fever with medication are now hospitalized in the island with COVID-19, according to the National Guard.

Joel Pizá, interim executive director of Puerto Rico’s Ports Authority, said in a statement that those flights would be rescheduled when there’s a drop in cases in those states.

It’s unclear how many flights would be affected if the FAA agrees to the temporary ban. A Ports Authority spokesman did not immediately return a message for comment.

The FAA previously authorized a petition from the U.S. territory to allow the National Guard to screen passengers at Puerto Rico’s main airports.

Puerto Ricans have been increasingly complaining about a high number of COVID-19 cases among tourists arriving from the U.S. who don’t adhere to the required two-week quarantine. One man was heavily criticized on Twitter after he posted that he was at the supermarket just days after arriving in Puerto Rico from New York.

Puerto Rico has reported at least 24 deaths and more than 600 confirmed cases, with only 6,000 people tested in a U.S. territory of 3.2 million. The territory’s government imposed a curfew on March 15 that has shuttered all non-essential businesses and ordered people to stay in their home unless they have to buy food, medication or go to the bank.