A Dispatch From the City of Chelsea, a Latino-Majority Community at the Epicenter of Massachusetts’ COVID-19 Crisis 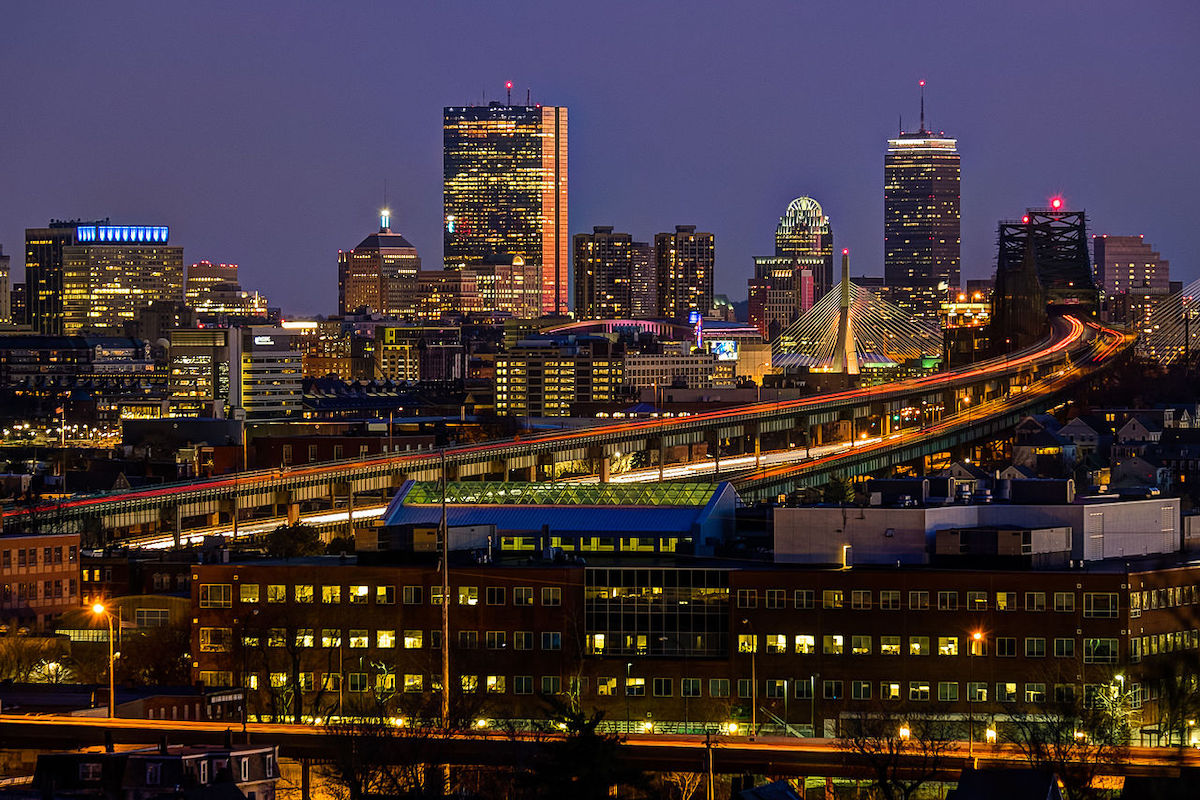 The Tobin Bridge and the Boston skyline from Malone Park in Chelsea, February 2014 (Photo by Robbie Shade/CC BY 2.0)

Editor’s Note: If you would like to support Chelsea’s community through this challenging time, you can donate to the One Chelsea Fund, which was established by Chelsea community leaders, together with City Manager Tom Ambrosino, in partnership with The United Way of Massachusetts Bay and Merrimack Valley, to help families and individuals who are severely impacted by the COVID-19 pandemic.

CHELSEA, Mass. — My wife and I moved to Chelsea to we could start our family in a predominantly Latinx community. Chelsea is more than 60% Latinx and almost half immigrant, many of whom are undocumented. Now it is also the COVID-19 hotspot of Massachusetts.

Food insecurity has been a huge problem during this crisis for our residents, many of whom are low-income. Recently, I signed up to deliver groceries through the city’s Emergency Food System to families experiencing financial hardship who are in isolation for any number of reasons.

Before heading out, I make sure I am as clean as possible and prepared to sanitize when I get home. Then I drive to the food storage facility, where I get boxes labeled with the number of people in the households I’m headed to.

As I load up my car with emergency groceries, I think about the fact that many across the city don’t have a car. I drive by many people waiting at bus stops. Most of Chelsea relies on public transportation, in which social distancing is nearly impossible.

While my job allows me to work from home, most Chelsea residents cannot. Nearly 80% of Chelsea’s workforce are considered essential workers. Many of our residents work at the nearby Boston Logan Airport, in the healthcare industry, in factories, and in grocery stores. A large part of our tiny city is an industrial zone that houses the largest food processing and distribution center in the U.S., providing the region with fruits, vegetables, and food supplies, and employing over 1,000 local workers. If you live in New England, your produce probably came through Chelsea at one point. Because they keep going to work, all of us are able to feed ourselves at home.

When I arrive at the resident’s home, I call them to let them know. Everyone I have visited so far has been Spanish-speaking, so it’s key that government workers (and volunteers like me) can provide multilingual services. We have been able to get by, but not all of our volunteers speak Spanish and many of our residents speak other languages. While the city’s bilingual efforts have been laudable, it’s been frustrating to see the state, let alone the federal government, lag behind. When official channels don’t communicate with linguistic minorities in effective and timely ways, people end up relying on advice—questionable advice—from anecdotes and WhatsApp chain messages.

As I finish my round of deliveries, I head home, wash my hands, spray my keys with sanitizer, take a shower, and upload a photo of my delivery to a spreadsheet to make sure we are keeping record of the city’s efforts.

Chelsea’s characteristics set it up to be the perfect COVID-19 storm. Our 40,000+ residents are packed into Chelsea’s 2 square miles, which means a lot of people living together in small apartments. We have essential workers (who ironically are usually called “unskilled”) at risk of contracting the disease, and their newly-unemployed or elderly family members waiting for them at home. We have undocumented residents who have lost their jobs and are ineligible for food stamps or unemployment assistance.

This has resulted in the highest per capita rate of infections in Massachusetts. Other Latino communities have been hit hard, too: Massachusetts General Hospital reports a disproportionately high number of Latinx patients, where Latinos are usually 9% of patients but now represent a staggering 40% of patients.

This week, I was one of a long list of Chelsea elected officials who, along with leaders in healthcare, community services, and public health, have urgently called on Governor Baker to provide our city with financial assistance. Since moving here, I have fallen in love with Chelsea’s warm and tight-knit community, full of hardworking people who keep our economy and society going. Chelsea is mighty, but it is also tiny and vulnerable: please don’t forget about us during these troubling times.

Roberto Jiménez Rivera is the at-large member of the Chelsea School Committee.